July 13, 2022
Get the news and events in Victoria, in your inbox every morning.
Thank you! Your submission has been received!
Oops! Something went wrong while submitting the form. 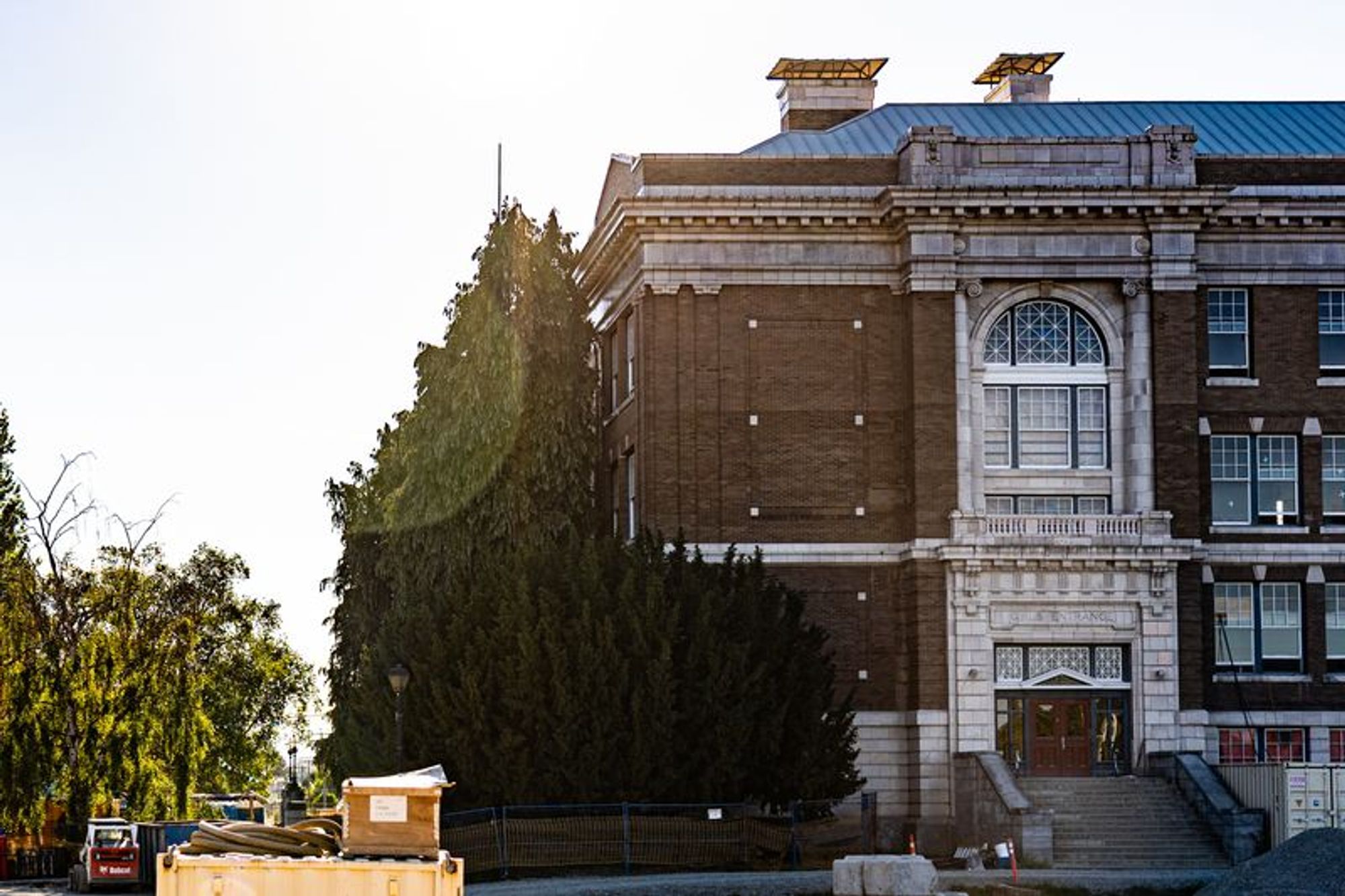 Out of 250 schools listed as “future priorities” for the BC government’s seismic mitigation program, 46 are in the Sooke, Saanich, and Greater Victoria school districts—part of the greatest earthquake hazard area in Canada. But in order to shock-proof or replace their most-at-risk schools, those boards need capital funding.

Last month, the BC NDPs confirmed to the Vancouver Sun that seven of their planned school capital projects, which included seismic upgrades and school builds, have been put on hold. (The province has not revealed which projects have been deferred.)

Both Sooke and Saanich’s school districts told Capital Daily they’ve been denied funding numerous times for their requested seismic upgrades—an undertaking they say there would be “no way” to fund without provincial help.

In the meantime, they’re left to plan and prepare for an earthquake that some seismologists say is already overdue.

A major earthquake in BC, says UVic earth sciences professor and tectonic researcher Edwin Nissen, would be “devastating”—more so than flash floods, forest fires, or last summer’s heat dome.

“[It] could kill many thousands of people; it could completely knock out the economy,” he told Capital Daily.

The Oxford-trained seismologist and Canada Research Chair in Geophysics has made a career of understanding earthquakes, what causes them, and what influences their magnitude.

When it comes to shock-proofing schools, he says, it’s a matter of time before the Big One strikes—the problem is that no one knows exactly when it’ll happen.

Set in the Cascadia subduction zone, a “megathrust” fault that runs 1,000 kms from Northern Vancouver Island to California, Greater Victoria sits above a plate boundary that, when it shifts, is expected to set off a quake with a magnitude of 9.0. The last major earthquake of its kind occurred in 1700, and they’re expected every 200 to 800 years. It’s been estimated that our odds of seeing it in the next 50 years stand at roughly one-in-ten.

Greater Victoria is also vulnerable to lesser earthquakes which, while not as widespread, could strike much closer to population centres and still cause a lot of harm.

“We do need to upgrade any building where young people are going to be concentrated.” Nissen says.

School boards in position of reapplying for funding

Earthquakes can’t be prevented, but preparing for them can stave off the worst of their damage. This was the purpose of BC’s school seismic mitigation program that it launched in 2004. The province worked with Engineers and Geoscientists BC (EGBC) and research partners at the University of British Columbia to develop  seismic retrofit guidelines. They then used these to assess how at-risk schools are from earthquakes. And while they have spent $1.9 billion on upgrades and have approved $1 billion since September 2017, some districts are still waiting.

The Saanich School District (SD63) had undergone what it figured to be most of its seismic upgrades—until a report in 2018 changed its plans.

Due to new research and understanding of earthquake risks, schools on Vancouver Island, Haida Gwaii, and Richmond were reassessed for their seismic stress tolerance. The end result meant a number of Saanich schools' risk levels changed from low-risk to high-risk. Now, they’re in need of upgrades.

They’ve been applying for funds since 2019 for their most at-risk schools, Sidney Elementary and Brentwood Elementary. So far, they’ve been denied—and to fix it themselves would prove too financially burdensome, says SD63 secretary treasurer Jason Reid.

“We would have hoped that Sidney would have been approved this year. But I know it’s a tough year economically; there are a lot of other pressures around the province. And so I understand that there’s a lot of competing priorities,” Reid told Capital Daily.

They’ve applied again this year, and will find out next March if it has been approved.

The Sooke School District (SD62) is in a similar situation. Last year, they also applied for capital funds for seismic upgrades, with Port Renfrew Elementary and Sooke Elementary listed as their top priorities. The province denied their request and they’ve since applied again.

SD62 superintendent Scott Stinson told Capital Daily that while the province has provided around $200 million since 2018 for various projects, including land acquisition and school builds, seismic upgrades haven’t seen funding.

“The best that we can do is make sure that we have an emergency response plan should an [earthquake] occur, and that [it’s] practiced in school… and then we continue to wait for the Ministry to be able to move forward in a full seismic mitigation process,” he says.

More difficult to upgrade buildings than to build them new, structural engineer says

Andy Mills knows the challenges of shock-proofing buildings better than most. A structural engineer and past chair of the EGBC’s Technical Review Board, he’s been involved with the program since its inception in 2004.

The fundamental challenge, he says, is that it’s far more difficult to upgrade existing buildings to withstand earthquakes than it is to build them quake-resistant in the first place. Virtually everything within the school—walls, whiteboards, wiring, lockers, furniture, flooring—must be taken down, then reinforced, before it can be built back up again.

There are several different measures of risk, Mills says: three are high (H1, H2, and H3), one is medium, and the one last is low. H1 means that there is a greater than 10% probability the building will exceed safe drift. (Drift is how far the building moves in the event of an earthquake.)

Saanich’s Brentwood and Sidney schools, for example, both fall under H1 risk.

“The risk for that type of structure is unacceptable,” Mills told Capital Daily. “It’s high risk, and we want to dial it back.”

The Greater Victoria School District (SD61) listed five schools requiring seismic upgrades in their capital funds submission (they have 27 schools in total listed as future priorities), asking for over $65 million to upgrade these schools. Capital Daily requested an interview with SD61 but it was not arranged in time before publication.