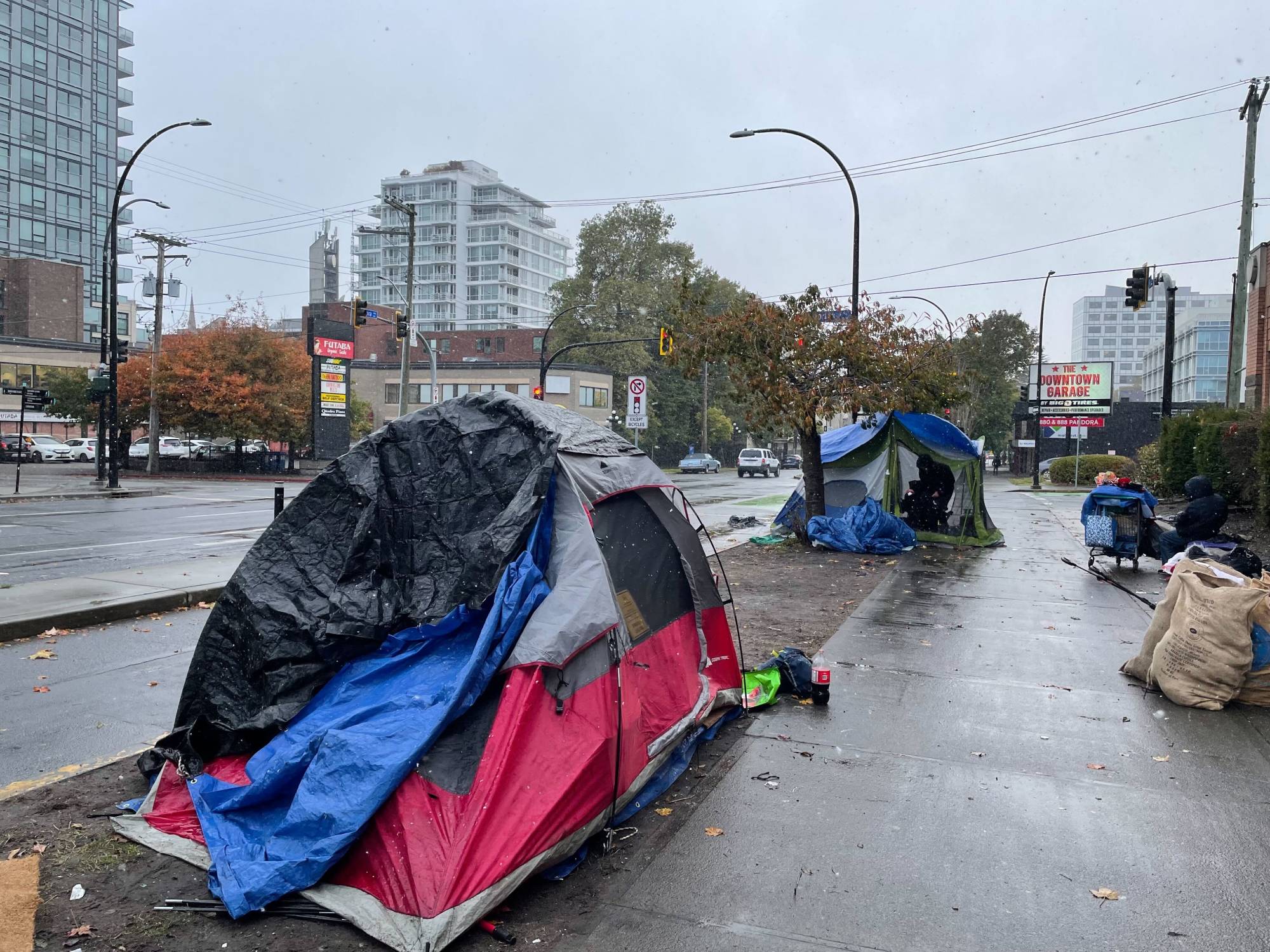 Days after an early snowstorm hit Victoria—sending city staff scrambling to coordinate emergency overnight shelter spaces for people living outside—council voted unanimously to enter into an agreement with BC Housing that will provide funding for future overnight warming sites.

Since December 2021, emergency warming centres have been activated 16 times—six of those overnight and 10 during the day—with about 250 people using the spaces available.

EMBC told Capital Daily it does still provide funding for any overnight warming centres needed in addition to BC Housing's EWR-funded spaces.

“That's how things are supposed to work—it's supposed to go through BC Housing, to set up the shelters with communities,” said EMBC communications director Krystal Thomson. “When that system…isn't working or they run out of space, that's when we would come in and reimburse money so they could set up additional warming centers.”

“Funding from EMBC is available for daytime activations only and only when specific weather criteria —as defined in the assistance to shelter regulation— have been met."

EMBC only offers reimbursement for warming centres set up under certain conditions: temperatures of -4 Celsius or 0C coupled with a weather warning from Environment Canada.

BC Housing, on the other hand, has agreed to cover the cost of overnight warming centres when weather conditions meet the city’s threshold for activating its own EWR. That means temperatures of 0C or below, or if there is an accumulation of snowfall, sleet or freezing rain, high winds, plus “anything outside that criteria that's posing a risk for the life, health, and safety of residents.”

Under the agreement, BC Housing will cover overnight centres for 12 hours at a stretch—including staffing, volunteer appreciation, cleaning, food, bus tickets, laundry, and first aid supplies—with the city responsible for any capital or start-up costs for the centres, as well as insurance, administration and rental or lease fees. Supplying cots, mats, and blankets will also fall to the city, which expects to be able to continue using items purchased for last year’s operations.

The city will have to request reimbursement each time a site is activated and will receive a specific amount approved under the agreement each time. If costs exceed the set reimbursement, the city will have to cover those costs but any money leftover can be redirected can be used to buy supplies for or cover costs associated with other warming centres.

While every council member voted in favour of the agreement, several expressed concern about the continued need for emergency shelter space.

“We have a gradual creeping acceptance and normalization of mass homelessness and building more and more institutions to manage it to put band-aids on this problem and that problem rather than reducing or eliminating it,” said Coun. Dave Thompson. “There's an onus on the city to continue to advocate…for the provincial and federal governments to address the root causes of homelessness, rather than to continually allow the downloading of the problem to municipalities.”

Coun. Susan Kim urged her colleagues to “consider today's discussion as a part of a band-aid solution in the face of the broader climate crisis” as extreme weather events become more frequent.

“I encourage us to move forward in the coming years and consider what this will mean as it becomes less of an emergency and more of our day-to-day normal,” Kim said.

Coun. Chris Coleman mused that climate change might make the city’s cost estimates for EWR operations—which are based on previous years—less than useful.

“With climate change, I think we're going to see more activations and so we need to be aware of that and be able to account for that,” he said.

Mayor Marianne Alto wrapped up the discussion by emphasizing that the provincial government has a role to play in ensuring municipalities can respond to the challenges posed by extreme weather on a longer-term basis.

“It is important to note that this is indeed an interim measure—we hope—and one component of a much larger strategy which should be facilitated by the province with its partners and municipal governments.”