Extra weekdays off in the summer has been tried by some companies in order to limit burnout. Photo: James MacDonald / Capital Daily

Capital Daily is part of the Trust Project
latestCOVID
TransportationBusiness
HousingGood News
Extra weekdays off in the summer has been tried by some companies in order to limit burnout. Photo: James MacDonald / Capital Daily

July 15, 2021
Get the news and events in Victoria, in your inbox every morning.
Thank you! Your submission has been received!
Oops! Something went wrong while submitting the form. 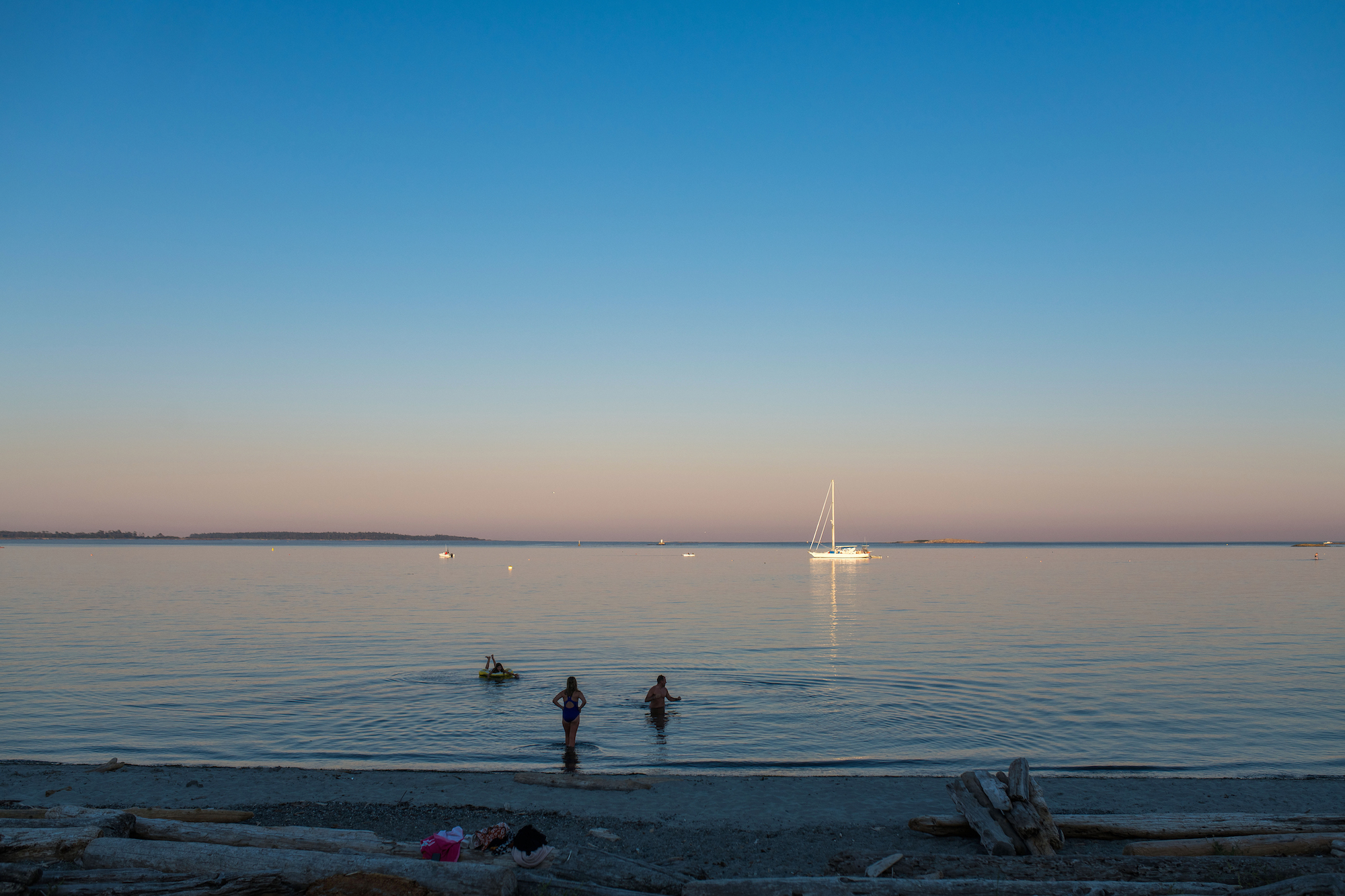 Extra weekdays off in the summer has been tried by some companies in order to limit burnout. Photo: James MacDonald / Capital Daily

The COVID-19 pandemic has reinvigorated discussions around employee burnout. The 16 months of stress hasn’t gone unnoticed by some major employers in Victoria, across Canada, and the US who are hoping to offer relief.

In March, Canadian technology company Sage, in coordination with the Angus Reid Group, surveyed 1,569 workers and 775 business decision leaders on their concerns about burnout.

When the study was released in April, 42% of Canadian business leaders believed that low employee morale and potential for burnout would hurt their 2021 revenue. 47% of business leaders also said that they were concerned about employee burnout.

“More than ever, business leaders are recognizing the importance of fostering a people-first culture that listens to, and is responsive to employee needs,” said Steve Ryujin, the interim managing director of Sage Canada, in an email to Capital Daily.

In January, Shannon began to hold monthly ‘office hours’ for employees, and bi-annual meetings with staff to discuss their workplace culture.

To combat burnout issues the company couldn’t tackle themselves, Shannon says, they offered to pay for employee’s counselling during the pandemic—even if they don’t have the money in their health plan. Hansbraun has decided to continue that initiative after the pandemic.

Also at the beginning of the pandemic, Shannon promised financial flexibility to her over 200 tenants—grocery stores and small businesses—if they continued to pay employees who weren’t able to work.

“Any help you need with your mental health, if you don’t have enough in your health benefits bank, then we’ll pay you above and beyond that so money isn’t a reason you don’t get help,” she said. “All of a sudden people were taking us up on it, people were actually going out and getting counselling.”

Last summer, Ottawa-based e-commerce giant Shopify made news for implementing a work program that gave employees a day off each Friday in July and August to recharge. After last year’s test trial, Shopify brought back the program for this summer.

South of the border, American-based companies Mozilla, PepsiCo, and Verizon have all decided to prolong pandemic programs such as increased child care benefits, paid time off, and flexible work hours. The dating company, Bumble, also gave workers a paid week off in June to cope with burnout.

While adding employee benefits are important, the workplace is still a workplace where tasks need to be completed to keep the business operating.

As an employer, Shannon likes to think that her approachability, employee talent, and team culture can overcome any work deficits.

“We do have team members who answer the phone, write documents, and do interviews like a reporter, but we’re also trying to carve off other things they might have to do,” Campbell says. “If there’s tons of emails coming in, grab another team member to take all those emails, or Facebook messages.”

Throughout the pandemic, Campbell says, they’ve had instances of employees needing to miss work to tend to family matters.

“Rather than saying as a manager, ‘Why isn’t this person performing?’... The supervisor worked with them, had a good discussion to discover that, and we’re like, ‘Oh that’s why it’s happening.’”

Campbell said that he came to accept the fact that a certain employee wouldn’t hit their targets on a certain week, and opted to give them space instead.

“Part of any journey, whether it’s the flu or not, for those people who have family in the hospital, you just understand their numbers are not going to be where they would be because they’re dealing with other stresses.”

For about 15 years, Ingrid Vaughan stuffed her escalating feelings of burnout in the back of her mind. She pushed down the trauma stemming from her husband’s passing, thoughts about what it meant for her young children, and feelings of grief.

Growing up, Vaughan always believed she had to be strong and push through pain—whether it was physical or mental. Years later, she remarried to someone who would later be diagnosed with a chronic illness.

“In society, we really lift up people who are ok. I’d have people say, ‘Oh, I admire you for how well you’re handling this, it must be so hard, but you’re doing so well,’” Vaughan said. “So every time someone said that to me it reinforced the fact that I had to keep being ok.”

At the time of her husband’s diagnosis, in 2013, she was working in human resources remotely from Victoria for a Vancouver-based company when her work started to slip.

Eventually, because of the stress impacting her job performance, Vaughan told her bosses about her issues. They were receptive in helping her cope, she says, and gave her three months off of work.

“I was not performing at the capacity I had been for the previous three years,” she said. “They knew something was wrong, but were afraid to ask. So when I told them what was happening, [they] were like, ‘Oh, ok, this makes a lot of sense.’”

Away from the office, though, Vaughan felt an internal sense of guilt that she placed her company in a bad position.

While trying to process the trauma that had been building up for years, questions about her job came to the forefront of her mind and added another layer of grief.

“How will they replace me?” Vaughan thought. “What are they going to do while I’m gone? Look at what I’ve done, now they have to go through all this rigmarole.”

In 2015, Vaughan launched her own business, My Smart HR, a human resources consulting firm in Colwood.

After the three months she took off work at her remote job in Vancouver—where Vaughan dealt with her burnout through initiatives like counselling, journaling, and art therapy—she found employment at a pair of Victoria-based businesses. However, in her 50s, she decided that starting her own company would be the most fruitful path to further her career.

With her business, Vaughan works with about 20 clients, and runs two six-month leadership programs per year with business leaders. In the program, her clients are offered nine workshop days and one-on-one coaching to discuss human resources strategies. Typically, she says, eight to 10 clients sign up for the program.

“Leaders have a hard job, and they carry a lot that they can’t share with their employees,” she says.

Vaughan has noticed that during the pandemic more people are talking about burnout. She thinks that many folks were toeing the line of burnout before COVID-19, but the virus and ensuing lockdowns tipped their feelings over the top.

Still, Vaughan admits, it can be a tricky balance between creating an open work environment while maintaining a sense of professionalism.

However, having dealt with burnout personally, she says it’s fair for employers to ask employees about their well-being if they observe differences in their habits—such as a change in their personality or how they interact with the team.

“You’re not saying, ‘I think you have anxiety or depression.’ You’re saying, ‘I see a change in how you do this, this, and this at work,” Vaughan said.

Overall, she hopes that bosses and peers can have a heightened sense of awareness around burnout, and be willing to check in without crossing a professional line.

“You can’t ask them what’s going on, what’s their diagnosis, or ask details about their private health, but it’s perfectly fine to say, ‘Here’s what I’ve observed, and how can I support you?’”