June 15, 2022
Get the news and events in Victoria, in your inbox every morning.
Thank you! Your submission has been received!
Oops! Something went wrong while submitting the form. 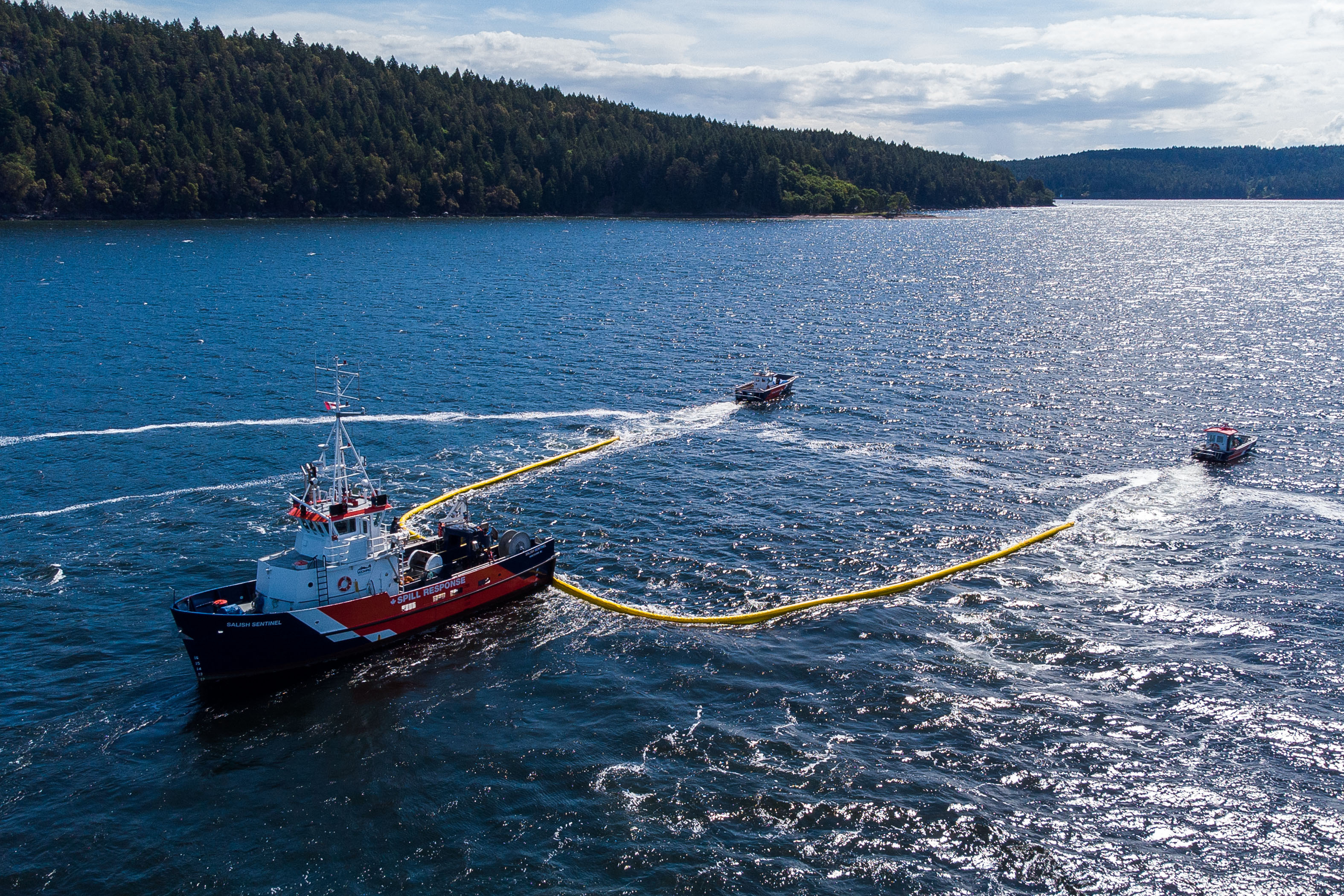 On the southern point of Vancouver Island, between Port Renfrew to the west and the Saanich peninsula to the east, oil spill response teams have marked 100 points on a map. They represent lagoons, kelp beds, salmon migration routes, endangered bird nesting sites, rare plants, harvesting areas, historically significant spots, and places with economic importance. For each point, Western Canada Marine Response Corp (WCMRC) has a localized plan for how to deflect or exclude oil in the event of a spill.

The response plans are part of the WCMRC’s mandate to deal with oil spills on BC’s coast. The primary response will always be to get to the source first, but depending on where the spill is and the type of oil, these localized plans will help the response team protect these certain areas that are highly sensitive.

The company has consulted with municipalities, First Nations, and environmental groups for four years to identify these areas and develop protection plans; there are hundreds along BC’s coast. Metchosin has three—Albert Head Lagoon, Witty’s Lagoon, and Devonian Regional Park—though the municipality wants more.

Except the sites can’t always be protected.

Once the weather reaches Beaufort 4—a nautical meteorological classification for a “moderate breeze” with white caps, waves of one to two metres, and wind that moves small branches—the booms and skimmers start to lose effectiveness. The spill response company freely admits that fact.

“If you get really heavy waves, you’re going to start to see oil go over booms, and skimmers just aren’t going to be as effective,” Michael Lowry, senior communications manager for WCMRC told The Westshore. “So that’s kind of the limit for a spill response to me. That doesn’t mean the operation shuts down. It just means that that equipment is not as effective.”

Booms and skimmers work to contain and collect oil that floats on the surface. Some may evaporate, while a lot of it sinks or is absorbed into the water column. Worldwide, about 15% recovery is standard, Lowry told The Westshore.

Given the constraint on weather, “how about we don’t ship oil when the seas are too rough to contain a spill?” MacKinnon suggested. “Well, WCMRC said that’s a Transport Canada issue.”

Metchosin does plan to write to Transport Canada to request weather constraints on oil shipments, but it’s a big ask, and it’s far outside of WCMRC’s power. The corporation is funded fully by mandatory registration from shipping companies, with a fee of $1.928 per tonne of bulk oil. Last year they collected $34M in fees just from the bulk oil, which equates to roughly 17.7 million tonnes of bulk oil. That number will increase when the Trans Mountain Pipeline expansion is done, and so over the past few years WCMRC has increased its response capacity.

That’s why it built new bases in Sidney, Ucluelet and Port Alberni, and Beecher Bay—to be completed next year—and doubled the size of its fleet. There used to only be one response base on the Island in Nanaimo, which gave a response time of between 18 and 72 hours. Now WCMRC is committed to being on site within six hours at the most.