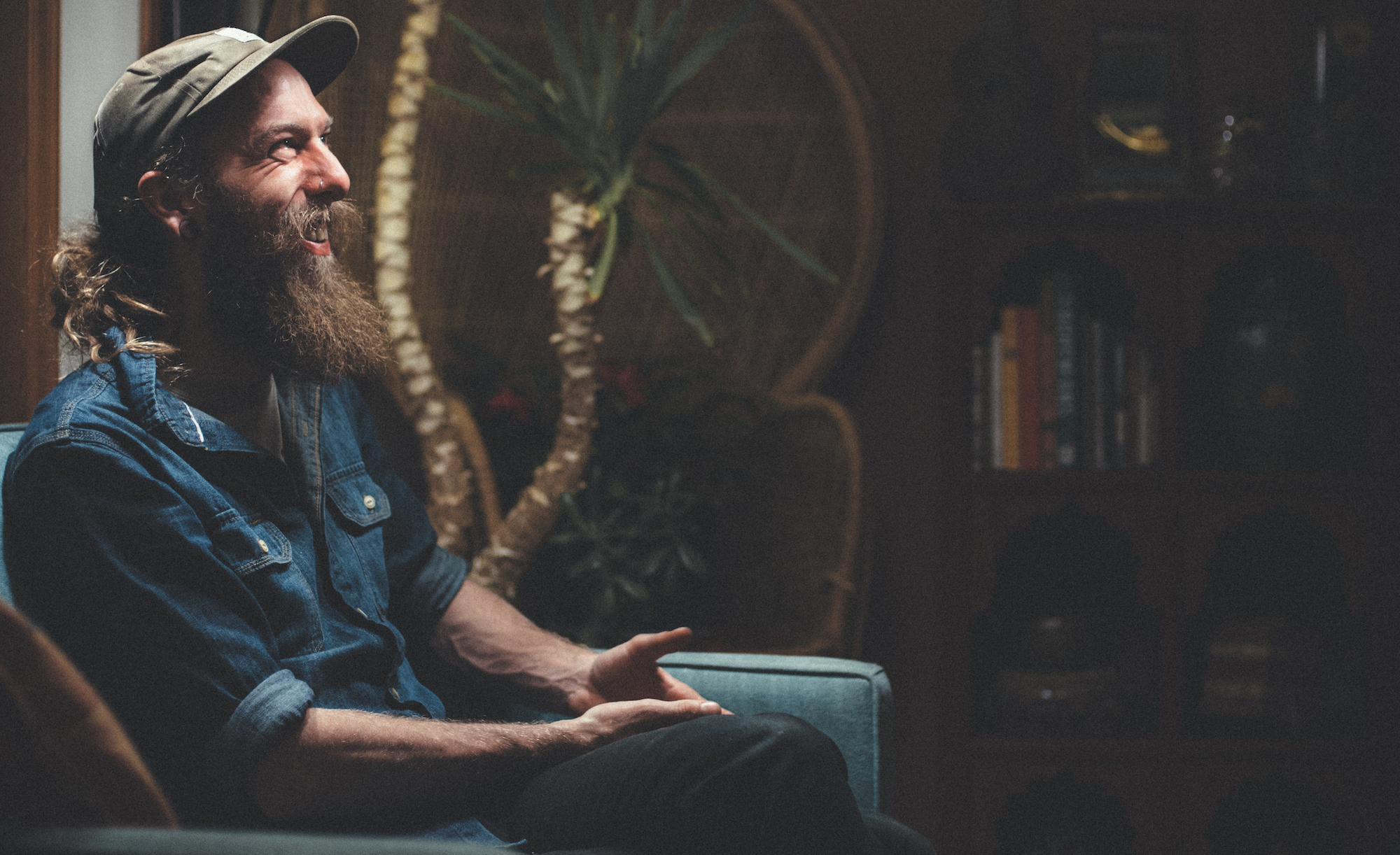 Lisa Ordell was sitting on a bench enjoying a cloudless February afternoon when she noticed, across the street from her, a man pacing leisurely back and forth while looking at his phone. Thinking nothing of it, she got busy with her coffee and her journaling.

Suddenly, she heard the man emit a startling scream.

She wondered, to herself, if he was in distress or if he was doing some kind of a performance piece. A few minutes later, she heard a second, similar scream.

“After he let out the scream, he seemed perfectly calm, not in distress, not agitated in any way,” Ordell told Capital Daily. “So I was pretty sure it was just a performance piece that he was doing.”

But after the second scream, Ordell heard a woman’s voice she describes as “hysterical” call out to him saying “Stop that! This is disturbing!” and added a few choice words after.

The man, she said, first went back to looking at his phone while speaking. Then he began walking calmly towards the parked vehicle from which the woman had yelled at him.

Once he had reached the vehicle and was standing in front of the passenger side, Ordell says the car began to move.

“I heard the sounds of the impact of the car hitting him. I didn't know where he was hit, but I knew he was hit. And the car just kept going,” she said.

Shocked, Ordell went over to the man to see if he was okay—he came out of the incident with a bruised knee—and to let him know she would act as a witness if he wanted to file a police report. After a bit of back and forth conversation, the man introduced himself as Zoltan Szoges, and told her what he had been doing.

Upon reporting what happened to the police, Szoges found himself brushed off. The incident raised concerns about how Victoria police treat accounts from different people—drivers, witnesses, people who are supposedly experiencing mental health episodes and those who are not.

The entire incident took place in the parking lot of Cold Comfort, an ice cream shop in the North Park neighbourhood, on Friday, Feb. 26.

Szoges, the creator of ‘The Great Scavenger Hunt’—a COVID-safe game in Victoria that involves a group of people online following clues to find gift cards for various businesses around town—explained that was leaving a clue for his followers via a Facebook live video.

The scream (a.k.a. ‘I scream’) was meant to point the group to the popular ice cream shop he was standing in front of, when he was interrupted by a stream of profanities and eventually struck by a vehicle.

But when Szoges tried to report the incident to Victoria Police, he found that someone had already beaten him to the punch.

“What had happened [was] the people in the vehicle had called the police...and said that they thought that I was having a mental health breakdown,” said Szoges.

“They said that they opened their door and asked if I needed any help or assistance, which didn't happen.”

He says the driver told police that Szoges had put his hands on the vehicle—something that, Ordell confirms, also did not happen.

Szoges says that in his conversation with a constable on Friday afternoon, he was told that the Crown would not be pressing charges against the driver.

“At that point they had not yet spoken to the witness because they were in meetings,” he said.

Ordell confirms she did not speak to police until the next day, and Szoges says he had not sent them the Facebook live video—in which he is seen being interrupted by the yelling—until Saturday.

The Crown'sdecision was formally conveyed to Szoges in an email from a police spokesperson on Monday, in which they wrote:

“After reviewing all the evidence that I have, it is determined that the contact made by the vehicle was not intentional. After receiving statements from both parties in the vehicle, it was clear that they did not intend to apply force while trying to leave the situation in their vehicle.”

The resolution to not press charges was confirmed by a supervisor and Crown Counsel, who added that the “substantial likelihood of conviction is not met.”

In response to a Capital Daily request to interview the officer in charge of the case, VicPD sent an email stating the incident didn’t meet the standards required for charges to be approved against the driver.

“In terms of the weight of factors that go into an investigation, an officer takes into consideration the totality of the circumstances and makes an assessment using their discretion. There is no formula for weighing evidence. Our investigators are trained to do the best they can with their knowledge and experience,” said spokesperson Cst. Cam MacIntyre, in his email.

But Szoges and Ordell believe the entire incident and how police responded to it was related to the appearance of him experiencing a mental health episode.

“I'm not even saying that they shouldn't be afraid of people who are having mental health breakdowns,” said Szoges, referring to the driver who struck him.

“But they shouldn't act out of that visceral fear. They shouldn't yell at someone they think is having a mental health crisis. They definitely shouldn't be driving a vehicle towards them, then striking them.”

'He wasn't treated as someone with credibility'

Meenakshi Mannoe, an expert on criminalization and policing and member of Pivot Legal Society, says authorities tend to be more dismissive of situations in which a person suffering a mental health crisis is the victim of a crime.

At a systemic level, Mannoe says people who experience mental health episodes are “treated like they are not credible, like they are making things up,” and that stigma is often perpetrated by police.

“I think it's very notable that he was labeled as someone who was experiencing mental distress. And if that were the case, the police did not respond in the way that we're told they do, [like] in the situation of wellness checks, where we are told that police will intervene and make sure that someone is safe,” she said.

“That obviously wasn't the case. He wasn't treated as someone with credibility by the police.”

For her part, Ordell describes the way police treated this case as “horrible” and “disgusting”.

“The police have taken the driver’s word for it… so they’re discounting my testimony or throwing it in the garbage entirely,” she said.

“The justice system is not an adequate system for a circumstance like this.”

Correction made at 12:55pm on March 5: This story has been updated to reflect that the Crown council makes decisions regarding whether or not to prosecute, based on the recommendations of the police—the police themselves do not lay charges.

The RCMP spent $3.75 million in five months of enforcement at Fairy Creek
INVESTIGATION: RCMP misled public about pepper spray incident at Fairy Creek
Victoria creates pilot project to send crisis teams in place of police to some mental health calls
'An arrest warrant should not be a death sentence'
Disbelief and outrage after no criminal charges against police officer who killed Chantel Moore
Independent media outlets filing legal challenge over RCMP obstruction 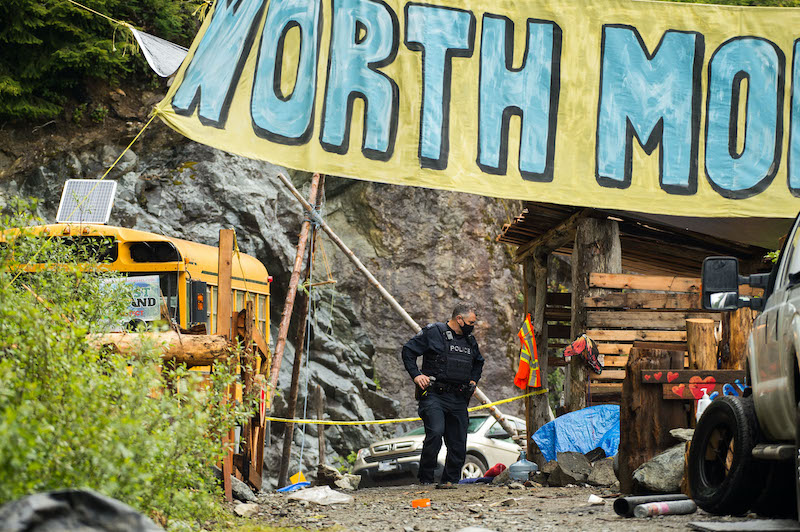 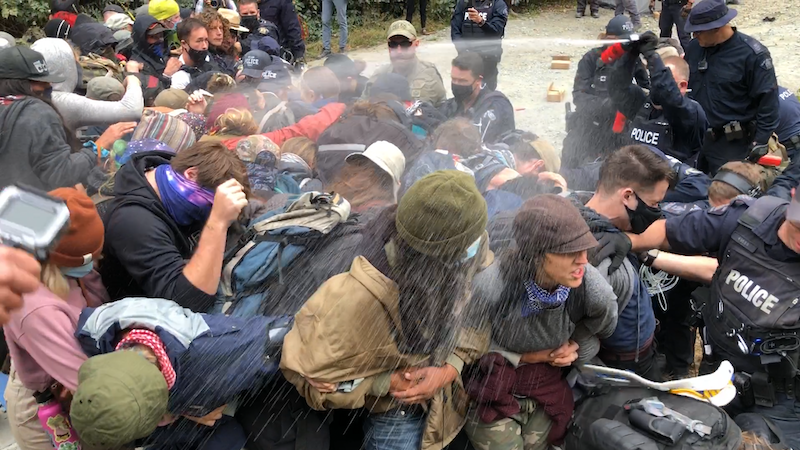 INVESTIGATION: RCMP misled public about pepper spray incident at Fairy Creek
The RCMP said they had to pepper spray a crowd to evacuate an injured officer. An exhaustive review of the available evidence shows that was not true 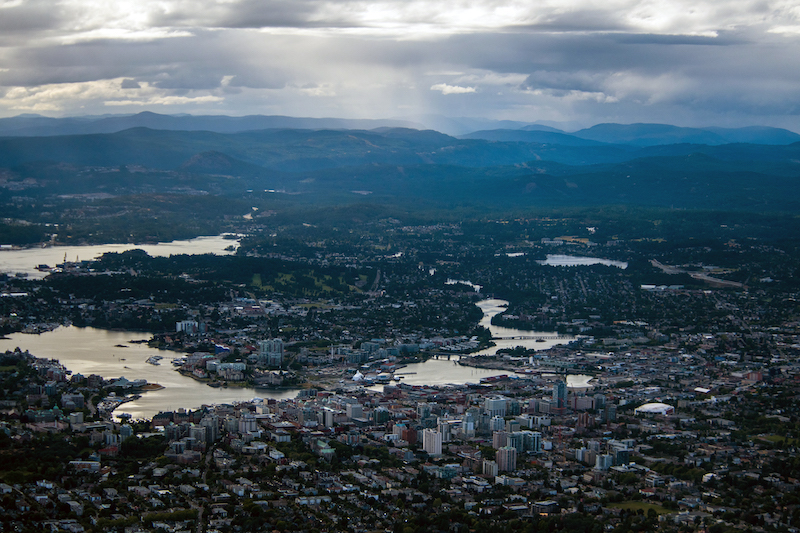 Victoria creates pilot project to send crisis teams in place of police to some mental health calls
The Oregon model it's based on has shown more than 30 years of success
Have a tip?
Use our confidential inbox