September 21, 2022
Get the news and events in Victoria, in your inbox every morning.
Thank you! Your submission has been received!
Oops! Something went wrong while submitting the form. 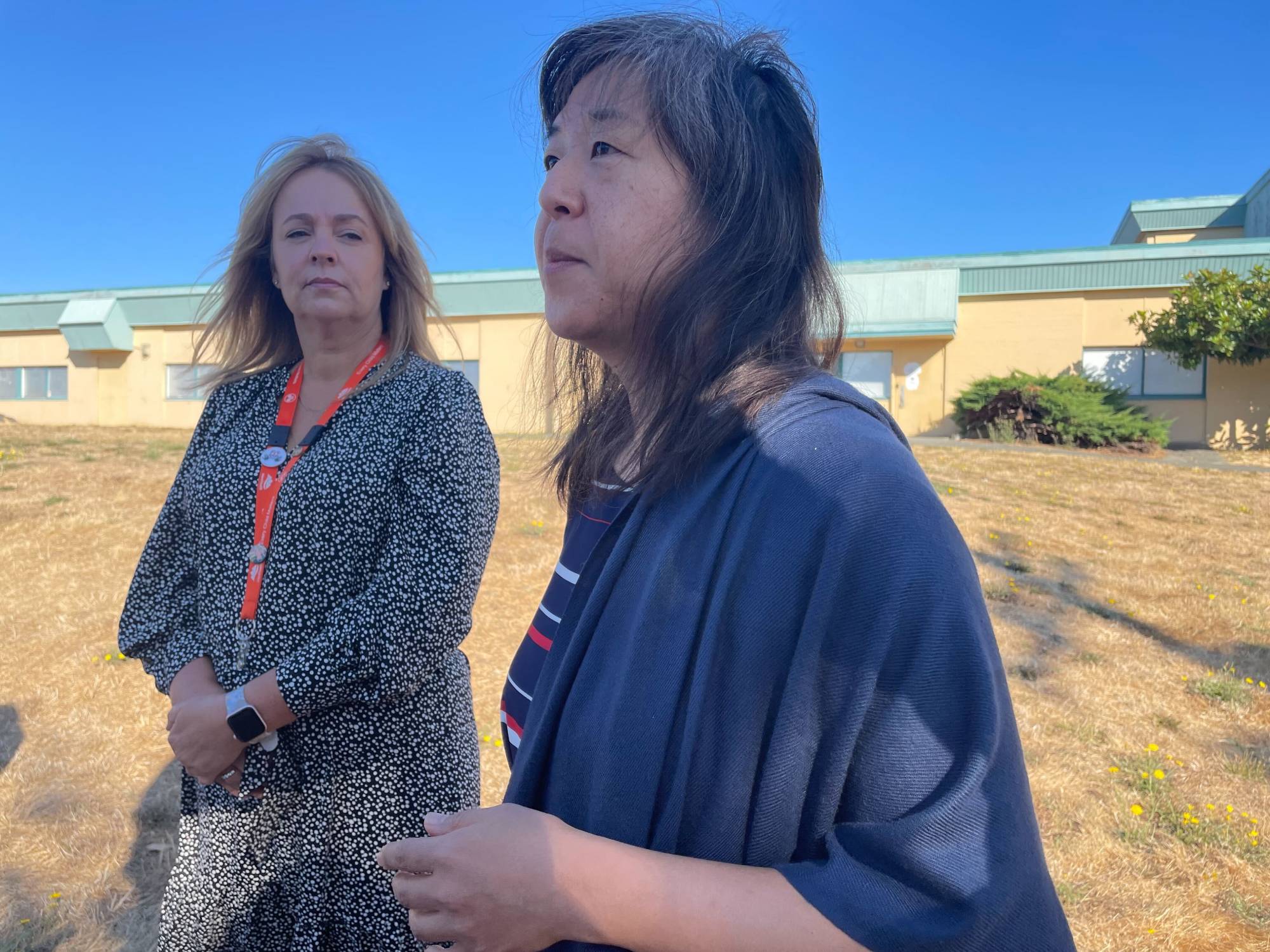 Appointments for the bivalent COVID-19 booster shot targeting Omicron variants are filling up as soon as they’re available in the south Island region, according to Island Health officials.

“The suggestion is that when people are looking for appointments, even though it says that it might not be available now, please check again,” said public health nurse Monica Stevenson at a press conference outside the Quadra Village Community Centre Gym—which serves as one of the mass immunization clinic spaces in the South Island region—on Tuesday morning.

“As we get our staff situated, we’ll increase appointments.”

The second booster targets both the original SARS-CoV-2 strain and the Omicron BA.1 variant, and was the first bivalent shot to get Health Canada approval this month. Island Health began sending out invitations to book that shot went out last week, and the first of the shots were administered at pharmacies.

The health authority is not vaccinating children at schools yet, in order to staff the mass immunization clinics.

“When we start rolling out the school vaccination program, again, we will be providing or offering COVID vaccines at the schools at that time,” Stevenson said.

The timing of school immunization programs’ return will depend on the level of demand for the new bivalent booster shots, which will determine how long staff need to continue operating the mass immunization sites. Island Health hopes to return to schools in November and December.

On Tuesday, Stevenson said both the Quadra village and Mary Winspear clinics had bookings at full capacity, with 330 and 66 appointments, respectively.

She predicts that once the bivalent vaccine is offered at the same time as the influenza vaccine—a plan announced by the province earlier this month, expected to roll out in mid-October—there will be a boost in demand.

“The hope is that once people get back to school, back to their normal lives and everything, we’ll start seeing an uptick, especially with a flu vaccine running at the same time,” Stevenson said. “I think that's going to save people a lot of time and we all know how valuable the public’s time is.”

No other public health measures

Last week, provincial public health officials, including Dr. Bonnie Henry, were expected to share epidemiological modelling data and an update of how they plan to track the spread and impact of the virus this fall.

But that announcement never came, with no update from the health ministry on when it will be made.

What we do know is public health measures, like mask mandates and physical distancing at indoor public spaces, are unlikely to return this fall.

“I don't see us getting there unless we have the emergence of something very different, where we have that susceptibility again,” Dr. Henry said at a press conference on Sept. 6.

Federally regulated steps to prevent the virus from spreading are also on their way out. Both the Toronto Star and Globe and Mail report that Canada is looking to end COVID-19 vaccine requirements and random testing at the border by the end of the month.

Both BC and Island Health public health officials say vaccines are the reason why other public health measures are no longer necessary, but they acknowledge that people are still getting infected.

“If we look at our death rates, and how our hospitalization numbers have decreased dramatically, vaccines work and they are working,” Stevenson said. “Yes, children are getting sick, adults are getting sick. A lot of people we know have had COVID but they’re not as sick as they would have been had they not had the vaccines.”

At the peak of the most recent wave of Omicron infections across BC this summer, there were about 400 people in the hospital with COVID-19. This dropped to 306 as of Sept. 1, and stands at 314 as of Sept. 15.

A look at the province’s data shows the number of people dying of COVID-19 continue to fluctuate. Studies have also found that BC underreports the number of COVID-19 deaths by about 50%, and has more (sometimes unexplained) “excess deaths” than any other province in the country.

Damien Contandriopoulos, a professor in the school of nursing at UVic who held an applied public health chair position from the Canadian Institutes for Health Research for five years, says the hospitalization data shows that the province is in between pandemic waves at the moment.

“The virus mutation and evolution suggests it's likely that there's going to be other waves; probably significant waves,” Contandriopoulos said.

Without public health measures to prevent the virus from being transmitted, Contandriopoulos said the least public health officials could do is share accurate information about case counts—which have been unavailable ever since BC stopped offering PCR tests to everyone in December—and advice about the best ways for people to protect themselves against infection.

“For example, provide information about what kind of mask do you need to wear,” Contandriopoulos said. “BC never told anyone that a mask in fabric or baggy blues [surgical masks] without proper fit provides very little protection [compared to N95s].”

Providing proper ventilation in public spaces, like schools and shopping malls is also not on the radar in BC, he said.

“Moreover, there is a very large, important question of how much protection does the vaccine give against long COVID,” Contandriopoulos said.

The impact of vaccines on long COVID is still being studied.

One study published in Nature Medicine earlier this year, involving data from over 13 million people from the US Department of Veterans Affairs database, found vaccines seemed to reduce the likelihood of developing post-COVID symptoms by only 15%. A more recent but smaller study in Israel, involving 3,572 participants, found that people who had gotten two doses of vaccine were between 50 and 66% less likely to develop long COVID symptoms like fatigue, headache, weakness in limbs, and muscle pain.

“This is going to be a very real public health issue in future,” Contandriopoulos said.