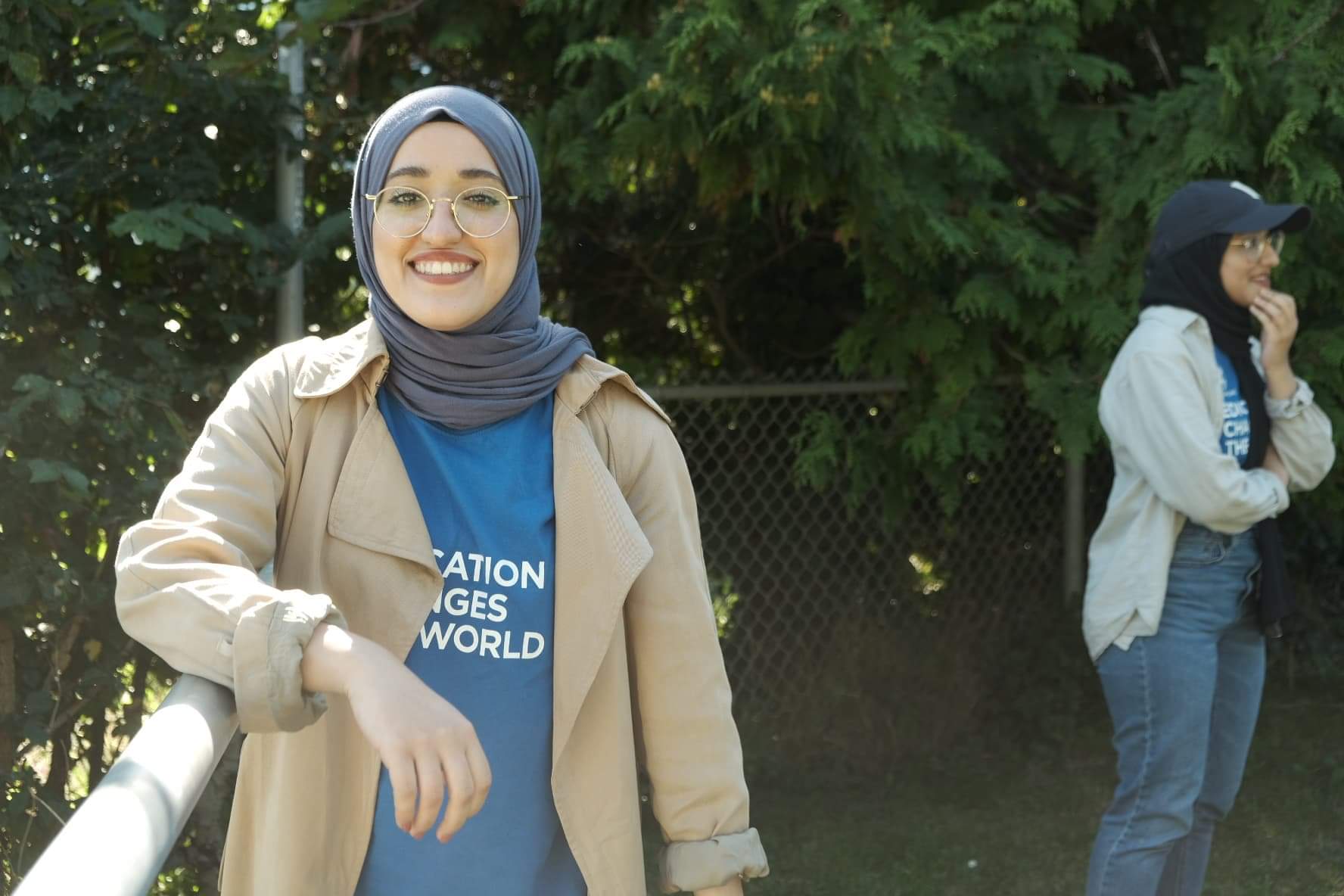 Normally, she would spend hours at the library combing through her neat biology notes with her sisters. But as we walk through campus, the library is a ghost town and a few students sit alone at distanced study tables.

Like many of us, Tuqa is ready for 2020 to be over. She remembers watching the news as the pandemic set in. Her classes switched online, and she watched in shock as the borders closed. But more than anything, she worried about her parents in Lebanon, and she wondered when she would be able to see them again.

Her parents, Azeez and Alaa Al-Musawi, were forced to delay their immigration to Victoria, originally planned for April.

She adjusts her hijab and her purse and asks me to write about how much she likes living in Canada.

“[My family] considers it to be such a privilege, especially in a time like now, to be in a country that cares about their citizens and cares about letting people like my parents come.”

Tuqa has a hard time answering the question, “Where are you from?” Canadians tend to envision her home country, Iraq, as a conflict zone. But for Tuqa, thinking about Iraq brings forward fond childhood memories and a sense of normalcy.

When she tells people in Victoria that she is from Iraq, she feels the need to compensate for the pitiful looks. She talks about studying in medical school in Libya and her parents’ careers—her dad was a mechanical engineering instructor and her mom was a teacher at a private school.

In 2000, when their kids were still toddlers, the family moved to Libya. While the kids went to school, Azeez and Alaa tried to figure out how to move the family to Canada. They tried to migrate in 2007, under the Harper-era points system, but their application was rejected. Migrating to Canada has been their goal ever since.

In 2014, the Al Musawi family moved to Lebanon. Mohammed was in his fourth year and Tuqa and Saja were both done their second year at a university in Libya. The youngest daughter, Tabarek, was still in high school. The move forced all of the kids to put a pause on their degrees because the universities in Lebanon only provided scholarships to legally recognized residents.

They were safer in Lebanon, but they wanted to be in school.

The family was finally able to reunite in September. Back then, BC was in Phase 2 and people could visit outside of their households.

Tuqa shows me a photo of her parents wearing their masks in the airport, ready to finally board the plane to Canada.

“I sent it to all my friends, you can just tell they are smiling under the masks,” Tuqa said.

Azeez and Alaa quarantined for fourteen days in Vancouver before taking the ferry over. Tabarek met them at the ferry terminal with flowers while Tuqa and Saja wrote a midterm at home.

“The moment they entered Victoria they felt like it was their home.”

When Tabarek and her parents walked in the door, everyone was together for the first time in three years. They all just stood in the entrance of their house crying for ten minutes straight.

Azeez and Alaa moved to a place five minutes away from their girls, who live together in a shared home. During the semester, her dad came over at seven in the morning to cook them breakfast. Azeez and Alaa often deliver home-cooked meals throughout the day so the girls can focus on their school work—Tuqa says she puts in requests for her favourite Iraqi food, like her mom’s biryani. It’s these little things that make her grateful to have her parent’s nearby.

Once COVID-19 restrictions ease, Azeez and Allaa will take advanced English classes to improve their English. Azeez helps Tuqa with her physics homework, and wants to tutor other students one day. Alaa wants to take courses at Camosun. In the long-term, Azeez also hopes to get his Master’s engineering degree recognized in Canada.

Mohammed will finish his biology degree in April at the University of British Columbia and plans to go into medical school or do a Master’s degree in genetics. Tuqa, Saja, and Tabarek are in their second-year at UVic. Tuqa aspires to be a doctor and go to medical school after finishing her biology degree. Saja is studying chemistry with the goal of being a pharmacist. Their younger sister Tabarek is studying mathematics and hopes to become a teacher, like her parents.

When they were young and still living in Iraq and Libya, Tuqa remembers her mother teaching her to always act like she lives in a free country—to set goals high and to imagine that all of them are attainable. At the time, she didn’t realize it was part of her parents’ grand plan: they always wanted to come to Canada and give their children the chance at a safe and free life.

At times, Tuqa feels a nostalgia creep in for the familiar country she left behind, and a twinge of regret for the expense of years of training.

“I know I’m in a better country now. I’m in a safe country,” Tuqa said, her voice breaking as she considers the hard choices her family has had to make. “I keep thinking: ‘Is it worth it?’”

She pauses, taking a breath to collect herself.

Palestinians in Victoria find comfort in numbers
From Iraq to Victoria: UVic student reunites with her family during the pandemic
How COVID-19 backlogs are keeping a Saanich family from going to school 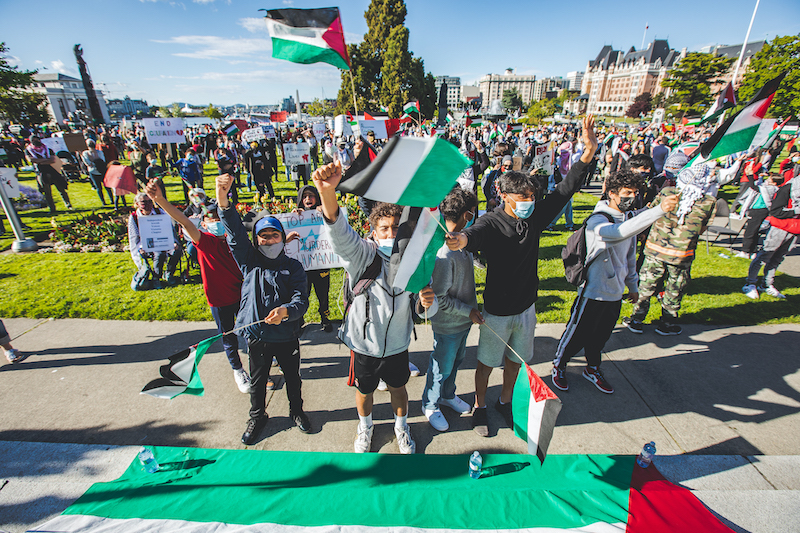 Hundreds attended a May rally, the first time many in the community had found one another

From Iraq to Victoria: UVic student reunites with her family during the pandemic
The Al-Musawi family came together in Victoria after four years apart 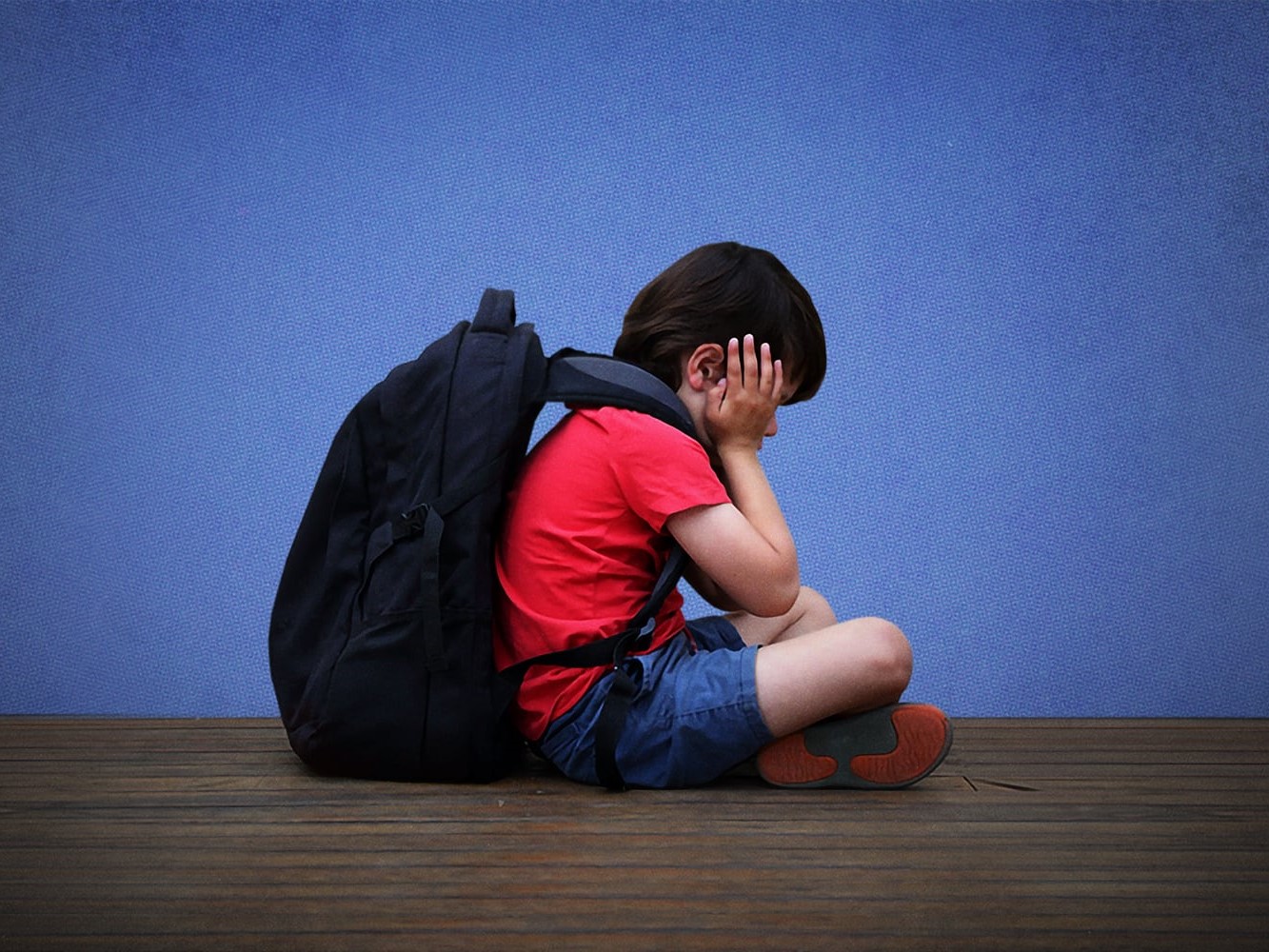 How COVID-19 backlogs are keeping a Saanich family from going to school
With Canada experiencing massive backlogs in immigration, newly arrived families across the province could be unable to obtain the documents needed to enrol their kids in school
Have a tip?
Use our confidential inbox