July 15, 2022
Get the news and events in Victoria, in your inbox every morning.
Thank you! Your submission has been received!
Oops! Something went wrong while submitting the form. 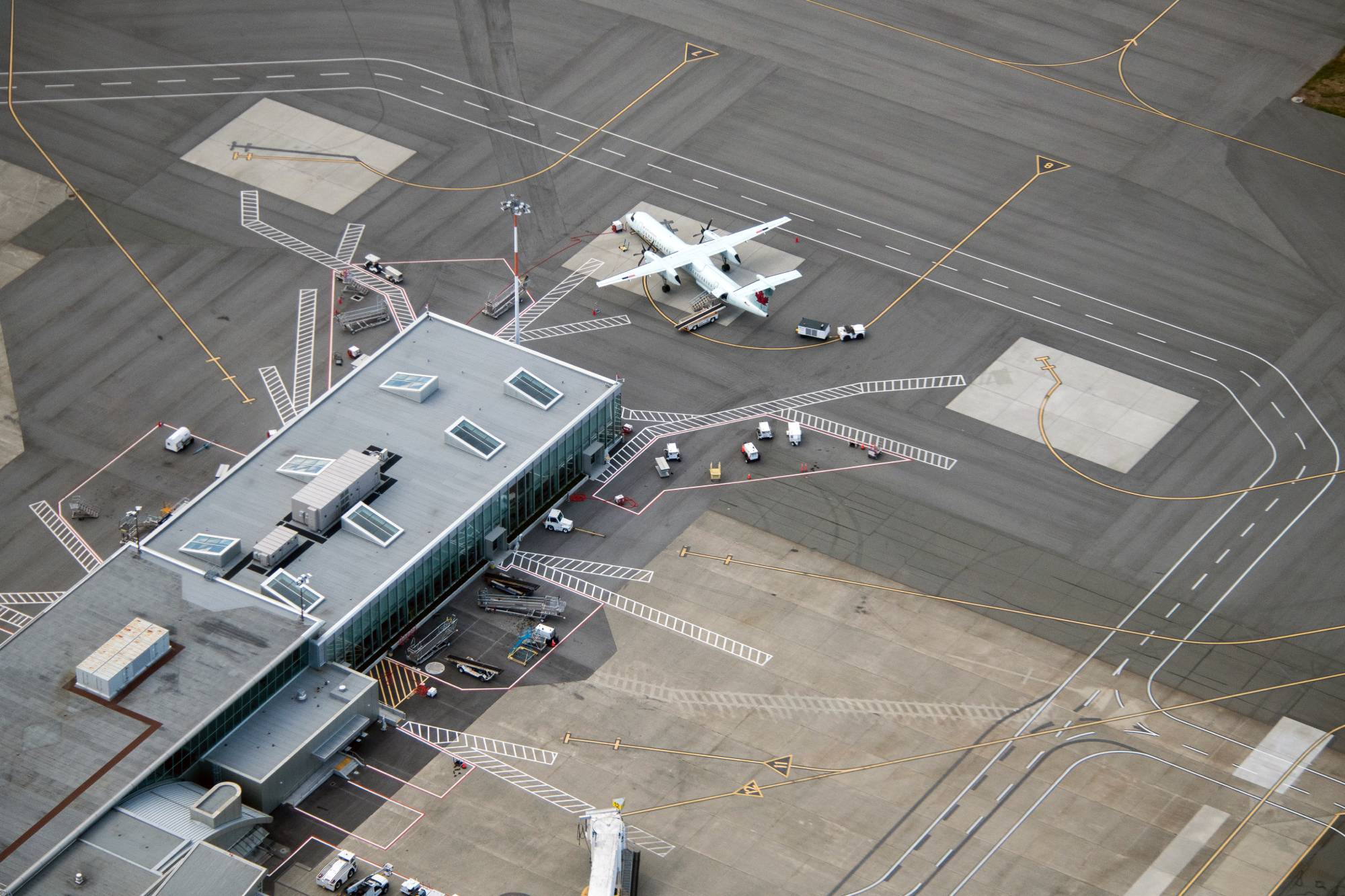 A resurgence in air travel after a two-year pandemic-induced lull has also meant a return to the less desirable parts of travelling: airport delays and cancelled flights. This year, short staffing has made this problem far worse than what it was pre-pandemic.

The Victoria International Airport’s director of business development, Rod Hunchak, told Capital Daily in an emailed statement that YYJ’s summer cancellations so far “are not unusual” and would likely fall in line with pre-pandemic levels.

But Capital Daily’s investigation reveals that delays—and, in some months, cancellations—are up from pre-pandemic levels.Some of the worst weeks for delays came in June 2022.

We combed through every flight departing from and arriving in Victoria from January 2019 to July 11, 2022. Here’s what we found.

Worst month of delays was December 2021

The hardest-hit months for delays and cancellations at Victoria’s airport came in a two-month span from December 2021 to January 2022, according to data provided by FlightAware, a Houston-based company that tracks flights in 200 countries. Nearly half of all arriving flights were delayed in December, and roughly one in 33 flights were cancelled outright—more than double the cancellations in December 2019. On Dec. 30, 2021, nearly a quarter of all scheduled flights were cancelled.

Flight delays in 2021 were largely because of COVID, according to Hunchak. Airlines create and post schedules weeks and months in advance, and, if it becomes clear they won’t have the number of passengers they’ve planned for, they will then adjust or cancel their flights.

“COVID created a very uncertain environment as far as airline schedules, and it was a frequent occurrence for airlines to be cancelling flights due to unpredictable passenger loads,” Hunchak wrote.

This January saw about one in 14 scheduled flights cancelled at YYJ. In a five-day span from Jan. 2 to 6, more than 22% of all Victoria flights were cancelled. This was the time when Omicron was disrupting travel plans. “Subsequently, some carriers may have consolidated certain routes with less frequency,” Hunchak wrote.

He also added that weather-related events can cause delays and cancellations, and that during the week of Jan. 5, it snowed 25cm in eight hours at YYJ.

From January to June of this year, every month but February saw an increase in the proportion of flights delayed from 2019. In June, that number peaked, with 32% of inbound flights to YYJ delayed. On its worst day, June 19, nearly 60% of flights arrived late. Three days of June—June 17, 18, and 26—also saw over 6% of flights cancelled.

Hunchak said that the vast majority of delays departing—not arriving—from YYJ are due to wait times at pre-board screening. Further, he added, if there are delays in flight segments prior to arriving at YYJ, it could result in delays for that same aircraft departing from YYJ.

Flight Aware, however, primarily tracks arrival delays because. In response to Capital Daily’s questions, they said that this is because it is “what really matters to passengers.” A flight that departs late might still make up time enroute and could arrive on time.

As air travel slowed to a crawl in the first couple years of the pandemic, airlines and airports reduced their workforce substantially. Now, they are struggling to rehire enough staff.

“Staffing shortages appear to be widespread and not limited to one industry,” Hunchak wrote, adding that most of the airport service providers and stakeholders were struggling to hire staff—from concession operators, air carriers, air carrier support, and the Canadian Air Transport Security Authority (CATSA).

CATSA spokesperson Suzanne Perseo echoed Hunchak’s comments about labour market challenges in a statement to Capital Daily.  She also added that volatile passenger traffic forecasts, consolidated peaks, and weather played a factor. CATSA has yet to meet their staffing levels at YYJ—they are still looking to hire 16 more screening officers.

Pilots are also in short supply. First Officer Gary Russell is the chair Air Canada Pilots Association (ACPA), a union that represents over 4,000 Air Canada and Air Canada rouge pilots. He told Capital Daily in a statement that in the past two years, 600 of their pilots were “furloughed” and their remaining pilots were forced to take a pay cut.

“We are so pleased to see passenger demand return, but the current operational challenges are difficult for everyone – passengers and airline employees alike,” he said.

ACPA pilots follow rules set by both Transport Canada and their collective agreement, which includes assessing their fitness to fly—if they are fatigued, they can’t fly.

“While this may necessitate schedule changes, we sincerely hope our passengers recognize that safety is our highest priority, and fatigue reports are made to ensure the highest level of flight safety,” Russell said.

The aviation industry, by and large, wasn’t expecting such a quick return to air travel this summer. Monette Pasher, the interim president of the Canadian Airports Council, told the CBC that they had anticipated around a 70% return to pre-pandemic levels—not the 90 to 100% return that they are seeing.

"We expected a lot of people wanted to travel,” Pasher said. Just not as intense as it was.”