December 6, 2022
Get the news and events in Victoria, in your inbox every morning.
Thank you! Your submission has been received!
Oops! Something went wrong while submitting the form. 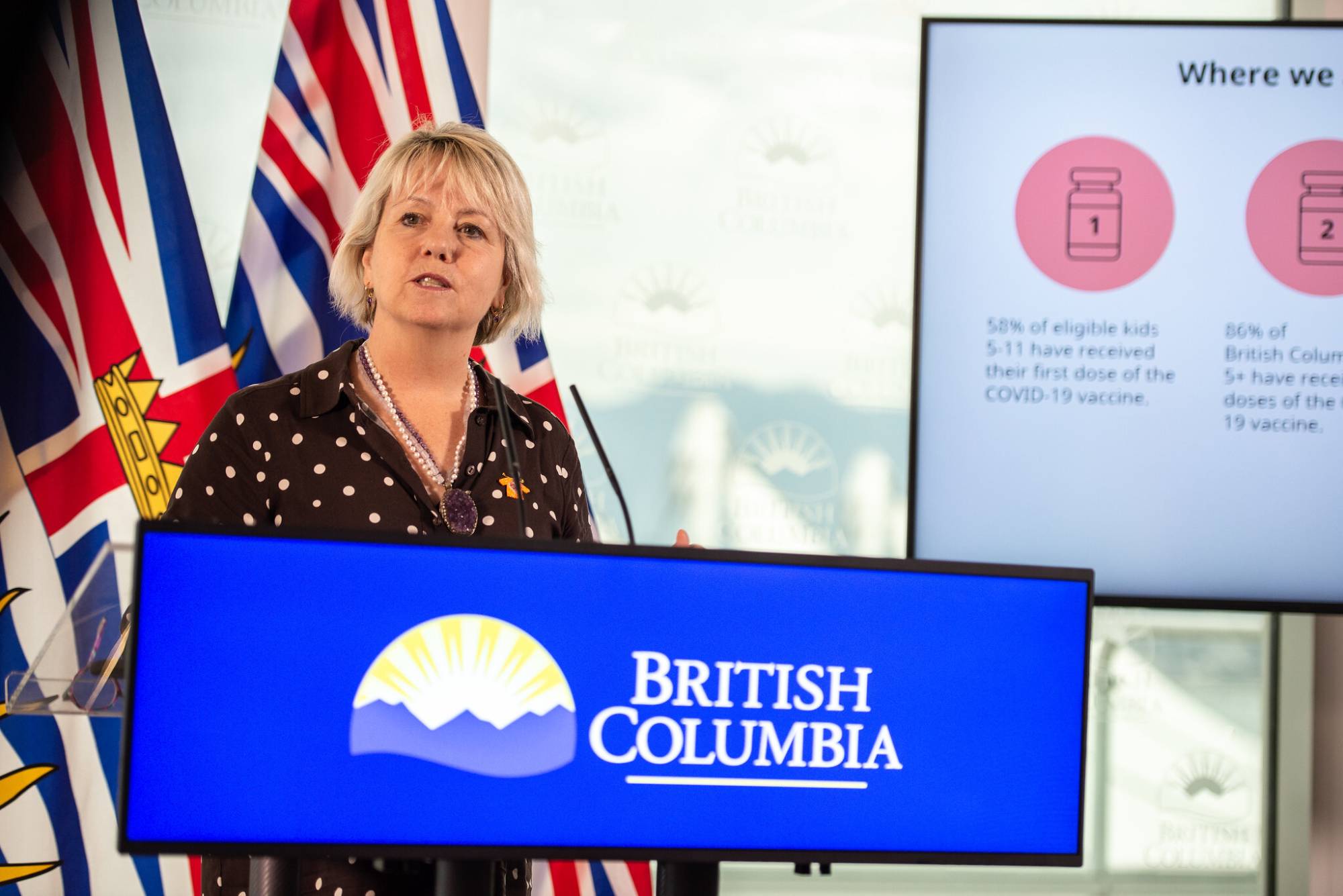 Very few children under the age of 12 have been vaccinated against influenza, according to BC public health leaders who are renewing calls for parents to get their kids immunized.

Dr. Penny Ballem, the head of the province’s vaccination drives, said only one in five children aged six months to four years—who are most vulnerable to respiratory illnesses—have had the flu vaccine this season. She cited the same percentage for school-aged children, five to 11 years old.

Dr. Ballem shared this information alongside provincial health officer Dr. Bonnie Henry and Health Minister Adrian Dix on Monday. At this presentation, the trio were repeatedly asked why they have not opened up immunization clinics in schools to improve access to flu shots, as absence rates in schools and pediatric hospitalizations continue to climb across the province.

“In some places around the province, they are doing school-based clinics,” Dr. Henry said in response. “For the most part, though, especially for the younger children, we've heard from families that that's not their preferred place to have children immunized. We do often use schools after hours because they're familiar places for parents with young children to bring them in to be immunized.”

The province will be using their Get Vaccinated registry to send families with young children a notification reminding them to get their kids vaccinated. They would then be able to book an appointment through that notification.

“We're starting to see the impact of a large number of children who hadn't been exposed to influenza for a few years, and a small proportion of them are getting severely ill,” the provincial health officer said. “We started to see quite a dramatic increase about two weeks ago.”

It’s still unclear what percentage of hospitalized patients are tested to determine which type of respiratory illness they have—the health ministry does not have this information—but a breakdown of lab tests from the BC Children’s Hospital (BCCH) shows influenza rates had started their steep upward climb by early November.

In the wake of illnesses like influenza, RSV, and COVID-19 still circulating, minister Dix said pediatricians are now helping out in the emergency room at Victoria General Hospital, the BC Children’s Hospital had to open an emergency overflow ward that he expects will be needed until at least the end of March, and some patients will be moved from the emergency room to the Surrey Urgent and Primary Care Centre.

The public health leaders were also asked why they won’t instate a flu vaccine mandate or a mask mandate in schools. In response, Dr. Henry said mandates are heavy handed measures meant to be used as a last resort.

Though masks, for example, are still required in healthcare settings, the PHO said it is uncertain whether they would help reduce illness transmission in schools because viruses spread in different settings.

“Schools in and of themselves are not the only setting where we're seeing transmission, and it is unclear if it would even affect the trajectory of what we're seeing in terms of spreads unless we had all of those other settings where…we had other measures in place,” Dr. Henry said, referring to travel restrictions and physical distancing measures from earlier in the pandemic.

‘Much sicker than they have been’

After the provincial public health leaders, BC Green Party leader Sonia Furstenau held her own announcement, alongside BCCH children’s heart surgeon Dr. Sanjiv Gandhi, who has appeared with the Greens in the past.

For the time being, Dr. Gandhi called for a temporary mask mandate in schools as one of the steps needed to prevent illnesses from spreading.

He argued that kids not having been exposed to the flu in the past two years is not the reason they’re getting sicker now, but rather it is because COVID-19 has had an impact on people’s immune systems.

“COVID is spread through the respiratory system, but there's a lot of information now that supports the theory that COVID is not just a respiratory disease, it affects organs throughout the body,” Dr. Gandhi said. The pandemic virus can not only affect the lungs but also kidneys, heart, liver, and other organs.

He referenced the latest Canadian Medical Association Journal article released on Monday that reiterates that most people in BC have been exposed to the virus, and the number is highest among children. Up to 80% of British Columbians under 20 had been infected or vaccinated by this past August.

Speaking of his own experience as a heart surgeon, Dr. Gandhi said he normally wouldn’t see kids with respiratory illnesses, but recently that has changed.

“My anecdotal experience is yes, these children are much sicker than they have been in certainly my last couple of decades of doing this sort of work,” he said.

For her part, Furstenau agreed that vaccinations are important but said she was disappointed by the province’s “vaccine-only strategy.” She echoed Dr. Gandhi’s calls for more preventative measures.

“I am absolutely supportive of vaccines….and yet we are seeing that this approach isn't resulting in decreasing the pressures on the ERs, on the children's hospitals,” Furstenau said. “The outcomes for families are very concerning to us.

At their press conference, the BC public health leaders expressed some concern for the coming holiday season and its potential to spread viruses further.

“Now is the time to plan so that you can have a safe and joyful holiday together with friends and families and loved ones—something we have missed for this past two years,” Dr. Henry said.

Ultimately they stuck to the messages they’ve repeated over the past few weeks: get vaccinated, wash your hands, stay home if you’re sick, and if you’re just a little bit sick, consider wearing a mask when you’re out and about.