May 1, 2021
Get the news and events in Victoria, in your inbox every morning.
Thank you! Your submission has been received!
Oops! Something went wrong while submitting the form. 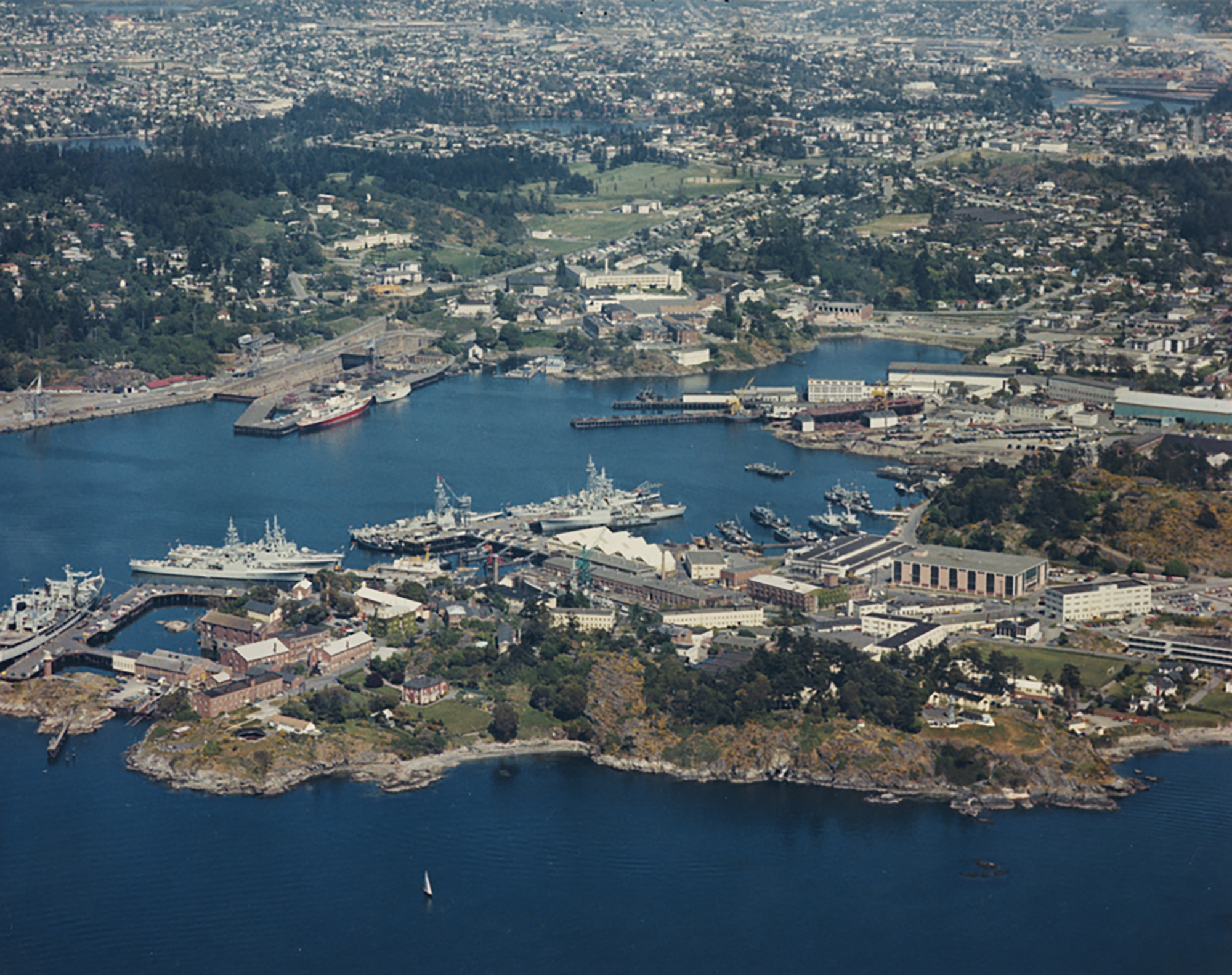 Capital Daily’s educational series spotlighting Canada’s Navy is supported by Babcock Canada but the stories and journalism are produced independently by Capital Daily. Per our policy, Babcock Canada had no editorial input into this story.

From the earliest days of the British Royal Navy, to the birth of the Royal Canadian Navy, to the economic engine that is today the Canadian Forces Base (CFB) Esquimalt, the Navy’s presence on the southern tip of Vancouver Island is deeply interwoven with the story of Greater Victoria itself.

As the need for marine power has waxed and waned over the years, the base has proved to have an economic and social impact that has shaped much of the region, and British Columbia itself. But how did history and geopolitics necessitate Canada’s Pacific Fleet to be based in our city? Read on.

British find a foothold in the North Pacific

Understanding how CFB Esquimalt came to be means understanding how the interests of the 19th century British Empire played out in the Pacific. Victoria-based historian Barry Gough has written about this topic extensively, and spoke with the Capital Daily for this article.

The British Royal Navy first established a presence in Esquimalt to protect trade and industry on the coast in the 1840s. Economic activity in the region centered around agriculture trade, and the Hudson’s Bay Company’s fur trade. At the time, it was one of the most remote outposts of the British Empire.

Its location would grow more strategic in the early 1850s with the shifting geopolitical power that signalled the start of the Crimean War, and an official installation was established in 1855. The first structures built were hospital units at Duntze Head. Situated as it was within sailing range of Russia and the U.S., and providing a window into the affairs of China, Japan, and Korea, Esquimalt had great geographical significance to Britain's political interests.

“Once again, we see sea power extending its long arm here. Against the encroachments of the Americans on the south, and the Russians on the north, British Columbia is secured,” Gough said. “This was all strategic geopolitics at work.”

Shortly after, political tension in the 1860s during the American Civil War would again cement the need in the minds of the British for a naval base on the west coast of North America. The British began to build in earnest.

The 1880s saw a major expansion of the base’s facilities. A more permanent hospital was built that still stands today as the CFB Esquimalt Naval and Military Museum. University of Victoria historian David Zimmerman calls it “a remarkable example of British imperial architecture.”

Naval expansion launched massive economic growth in the region. Though the presence of the Navy rose and fell according to the tensions of the day, periods of growth left infrastructure that continued to reap economic benefits.

As the Canadian Pacific Railroad was uniting Canada and the dream of a transcontinental country was starting to form, British Columbia was weighing its interests in joining the budding union. One of the terms of British Columbia’s entry into Confederation was the construction of a large dry dock facility in Esquimalt.

“This would provide for the first time on the west coast of British Columbia, a major repair facility… It was one of the largest construction projects undertaken in British Columbia at the time. And this transformed Esquimalt into a major centre because suddenly it had the ability to repair and maintain ships,” Zimmerman said.

As Esquimalt grew, so did neighbouring Victoria. Victoria’s agricultural industry was able to supply Esquimalt with food, and, in turn, the township brought business to Victoria. Gough notes in his book, Britannia’s Navy, that the location of the naval base played a role in making Victoria the provincial capital.

“The commercial operations were extensive, and they sprung a whole infrastructure of machinery and engine building and shipyard work. Timber cutting artisans of all sorts arrive... to build ships, to develop engines to refit ships, to repair ships, because they needed constant repair, and the crews needed refreshment ashore as well,” Gough said.

Part of that crosstown traffic was also social in nature. Sailors on leave would naturally head east along Esquimalt Road to Victoria.

“Victoria… was a pretty rough town at the end of the 19th century: particularly the area in which today we associate with Chinatown, where there were lots of brothels and all sorts of other things. And a lot of these cater to sailors of the Royal Navy,” Zimmerman said.

Prior to the Navy’s arrival, the area was home to the Lekwungen people, now the Songhees and Esquimalt First Nations. The Navy was an arm of British colonization, providing forces for British occupation on traditional First Nations soil.

“That's part of another process of shaping Victoria. I think the naval presence was important in terms of enforcing British rule over the First Nations population,” Zimmerman said.

The Royal Navy brought English and Victorian attitudes to Victoria. English newspapers were established, and the Navy held numerous social gatherings. Large parties and theatre performances were commonplace, and May 24, or Victoria Day, was lavishly celebrated.

“The Navy was one of those entities which, you know, was full of largess in promoting the social ambience of the British Empire. And so the colour and the spectacle of the Empire, as Jan Morris would say, it came here. This is one of the defining social characteristics of the old Victoria... it was a slice of Empire,” Gough said.

Through marriages and unions within the Royal Navy, some Victoria families were able to join the gentry and the aristocracy back in Britain.

“There's a social interplay here that is really important. Young, aspiring teenagers are placed in the Royal Navy… And so, the Navy is a place of social opportunity and vertical rise, if you will, for certain kinds of families,” Gough said.

Canada takes over from the British

Once tension with the United States was settled, the British began to withdraw their naval and military forces in Canada. The dockyard lay mostly unused, with the exception of the dry dock. In the early 20th century, in the early stages of a naval arms race with Germany, Britain asked Canada to provide money to fund the Royal Navy.

This put the young country at a crossroads. In the final stretch of his term, and after fierce debate, the Royal Canadian Navy was born under Prime Minister Wilfrid Laurier in 1910.

Esquimalt was spared from seeing any action during the First World War. Though the naval presence remained small, Victoria continued to grow. In 1921, the federal government started the construction of a second dry dock, the Dominion Graving Dock, to serve both military and commercial shipping interests. Completed in 1927, it was the second largest in the world at the time.

“It remains one of the largest fixed dry docks on the west coast of North America and is the center of one of the largest industries in Victoria: the ship repair, refit, and shipbuilding industry is all centered around the graving dock there,” Zimmerman said.

With the advent of the Second World War, Esquimalt found itself thrust into the military forefront as a front-line naval base. The base began to expand, taking over an increasing amount of land in the townsite of Esquimalt.

The Royal Canadian Navy as a whole expanded rapidly, from 2,000 people in 1939 to 100,000 people in 1945—an expansion Zimmerman says is the largest of any naval service in history.

With that flood of thousands of people came social disorder. Victoria, already a rowdy city, became even more so. The city was unequipped to handle such a swift influx and became wildly overcrowded.

“You're not allowed to move without government permission. Because there are no accommodations to be found… if you have a lot of spare rooms, you have to make available some of them, because there's no place to house both the civilian and military personnel,” Zimmerman said.

In the era following the Second World War, expansion of the naval facilities continued. At the dawn of the Cold War, the base facilities were expanded, and thousands of naval personnel remained during the 1950s. Royal Roads Military College had been purchased during the war as a training facility. In the post-war era, it became a joint training center for Naval and Air Force junior officers.

In the early 2000s, the federal government began a massive project of re-modernizing the base. The shipbuilding and repair industry continues to be a major economic driver, and today, CFB Esquimalt is the third largest employer in the Capital Region.

The history of the base is woven into the fabric of everyday life in Victoria. Naval influence has brought a relatively large French-Canadian population to Greater Victoria, and Esquimalt’s École Victor-Brodeur is named after the First Minister of the Naval Service, Officer Victor Brodeur. Downtown business Capital Iron got its start by selling scraps and parts from salvaged and purchased ships, and military legacies can be seen at popular sites Fort Rodd Hill, the Fisgard Lighthouse, and Macaulay Point.

Though the base has not been called upon to fight wars in recent years, Barry Gough believes that it’s only a matter of time.

“[The location of Esquimalt] has placed us in a geographical position in the North Pacific which means that we cannot avoid the international affairs of the North Pacific, or the world for that matter,” Gough said. “As the world turns and unfolds, and the problems of East Asia change, then we're going to have further need of a base like this. I'm rather convinced of that.”

This is the first of six stories exploring the history of Canada’s navy from a Victoria perspective. 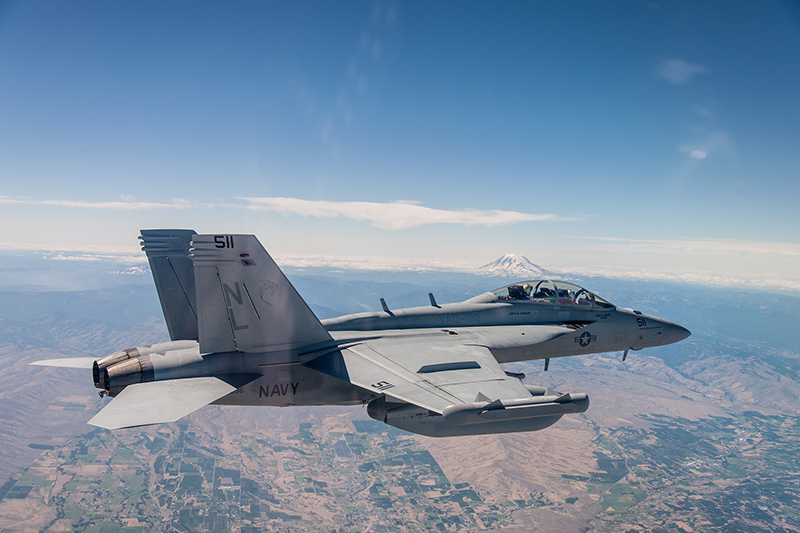 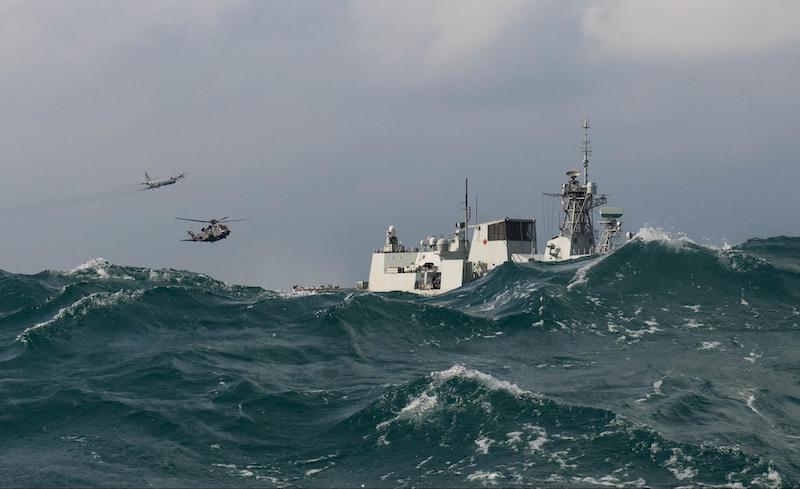 The International Role of Canada’s Pacific Fleet
From seizing narcotics to providing intelligence, the Royal Canadian Navy works with dozens of nations worldwide to support a rules-based international order 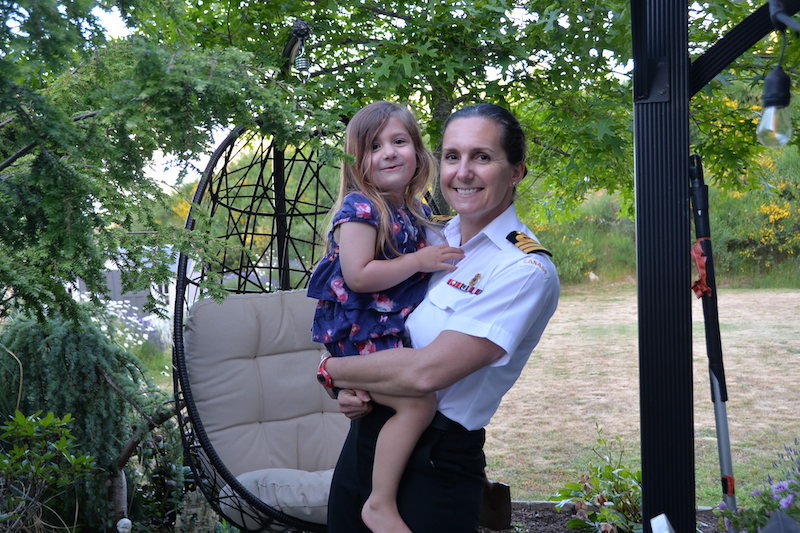 Behind the uniform: the people and families of CFB Esquimalt
A closer look at some of the people who staff the Pacific Fleet