Man denies he is the Island missing person his fingerprints identify him as
Addiction
News
Based on facts either observed and verified firsthand by the reporter, or reported and verified from knowledgeable sources.

September 17, 2022
Get the news and events in Victoria, in your inbox every morning.
Thank you! Your submission has been received!
Oops! Something went wrong while submitting the form. 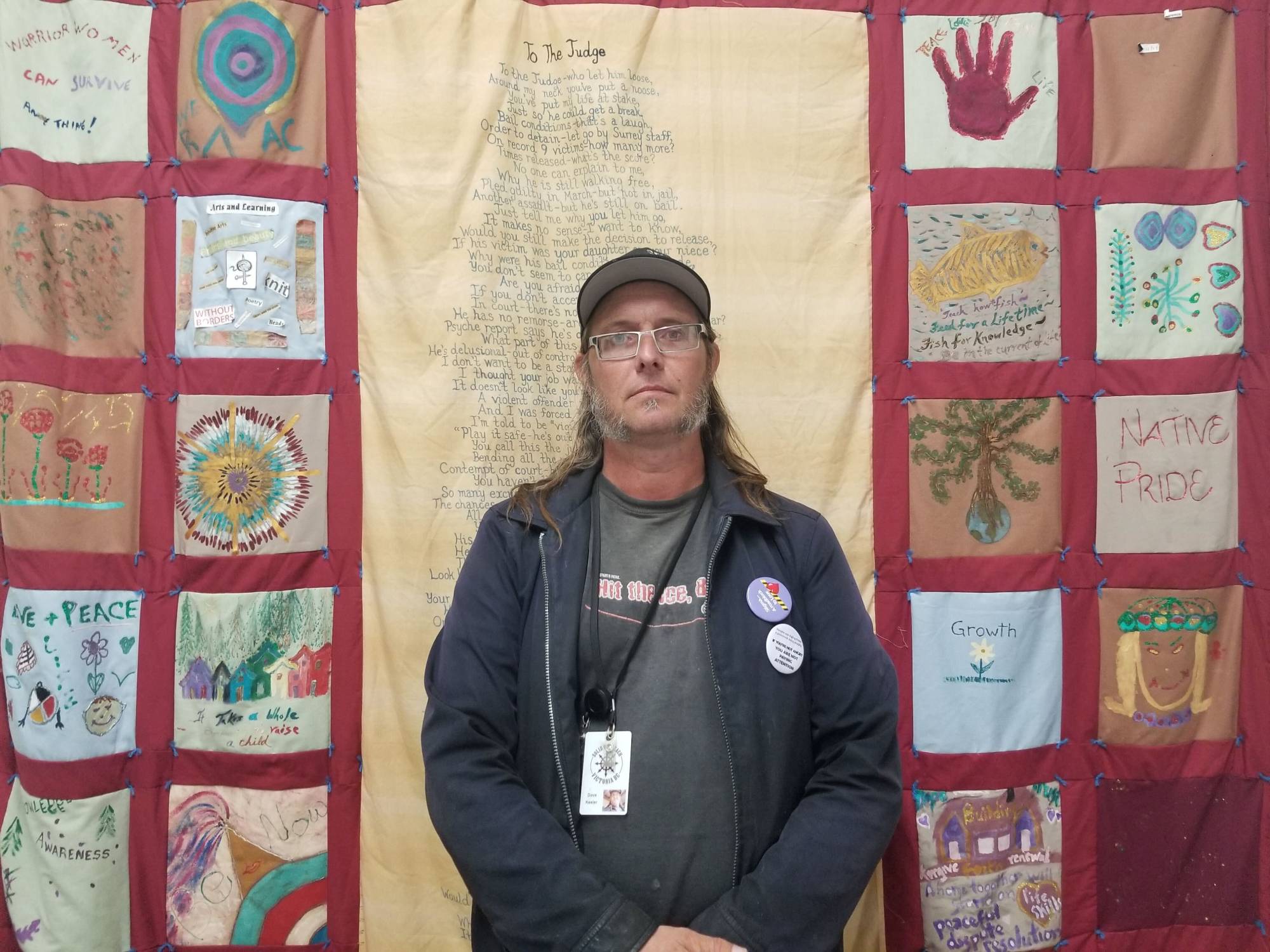 More than six people are still dying every day in BC due to the toxic drug poisoning crisis, with 192 more deaths recorded in July, according to the latest coroners report, bringing the death toll to 1,297 people so far this year.

In Victoria, 94 people have lost their lives to the drug poisoning crisis as of July, and those numbers are expected to keep rising after a particularly devastating month, according to SOLID outreach worker Dave Keeler.

“We have definitely lost a lot of people on the street in the last month,” Keeler told Capital Daily. “It's just been overwhelming for me [to] the point where I had to take a few mental health days.”

He says it’s because there is “not the right amount of funding or care put in place for people that are in need of critical care right now.”

Keeler’s complaints are the same ones that have been raised time and again over the past few years, including last month on International Overdose Awareness Day when BC marked the grim milestone of over 10,000 lives lost to the drug poisoning crisis since it was declared a public health emergency in 2016.

At the Union of BC Municipalities convention in Whistler on Friday, BC Premier John Horgan reflected on his legacy of creating a standalone ministry of mental health and addictions, in part to handle the drug poisoning crisis, in 2017.

The crisis has gotten much worse—the death rate has more than doubled since 2016, to 42.2 per 100,000 in BC—and Horgan attributed this largely to the COVID-19 pandemic.

“The toxic drug supply was made worse by the pandemic and the closing of borders, because now we have a burgeoning fentanyl underground industry within British Columbia that is perhaps more toxic than the supply that was coming off shore prior to 2017 or prior to the pandemic,” the premier said.

“We have done a lot on harm reduction,” he added, referring to BC becoming the first Canadian jurisdiction to decriminalize possessing small amounts of certain drugs. This will go into effect on Jan. 31, 2023.

However in Victoria, as in most of BC, one of the biggest pillars of harm reduction—a safe supply of drugs as an alternative to the toxic street supply—is still largely missing.

SaferVic, a small, federally funded initiative, is the only place in Victoria that offers a limited supply of untainted fentanyl and prescription pharmaceutical alternatives. A Tyee article from March this year found that only about 500 people have access to real replacements for the toxic street supply in BC.

In the absence of safe opioids and alternatives, people who use substances have to rely on street drugs that have wide variations in potency and are increasingly cut with benzodiazepines that give the drugs a longer lasting effect but are more dangerous because they don’t respond to naloxone.

Though in the past, opioid users relied on heroin, the drug is no longer readily available in the street supply, having been overtaken by fentanyl.

According to Dr. Bruce Wallace, a professor, scientist at the Canadian Institute for Substance Use Research, and co-lead of Victoria’s drug checking project, over 95% of the opioid samples tested in recent months are fentanyl.

Dr. Wallace likens concentrations of fentanyl to that of alcohol—someone who is not accustomed to a high spirit content in alcohol is more at risk of alcohol poisoning. In their monthly drug checking report for July, concentrations ranged from a median of 11.7% to a maximum of over 80%. About 46% also contained benzodiazepines.

“If somebody might be expecting a 6% fentanyl, but the next sample is 20% fentanyl, it’s quite a bit more concentrated and more potent,” Dr. Wallace told Capital Daily.

These wildly varying concentrations of fentanyl and the unpredictability of the benzodiazepines in them are what makes the street supply so dangerous.

“People have preferences or needs and it's very hard to be able to…secure that in a safe way,” Dr. Wallace said. “That's why we need safer supply.”

The tragic deaths among unhoused people struggling with substance use issues are the most visible, but not the most common victims of the drug poisoning crisis.

BC Coroners Service data shows 57% of the people who have died this year were inside private residences, while 15% were found outside, in parks, vehicles, or sidewalks.

However in Victoria’s street community, the toxic drug supply is one part of a growing problem.  According to Keeler, more and more unhoused people have been getting sick with infections from intravenous drug use.

“The infections are just coming from a lack of knowledge about how to use cleanly, lack of the amount of nurses on the street,” Keeler said. “They don't have enough people to be able to help dress wounds on intravenous drug users.”

At the moment, there is a team of nurses working under SaferVic and AVI, in a program coordinated by Island Health, who offer medical and mental health services to substance users among Victoria’s unhoused population. In addition to more funding for harm reduction and adequate detox and treatment beds for people seeking care, Keeler says there is a dire need for more nurses—and funding for more to be hired—to help the city’s most vulnerable.

But he isn’t holding out much hope that help will come.

“Nothing really gets done. Nobody listens,” Keeler said. “It's wearing on everybody who's in the overdose reversal and the safe supply industry.” 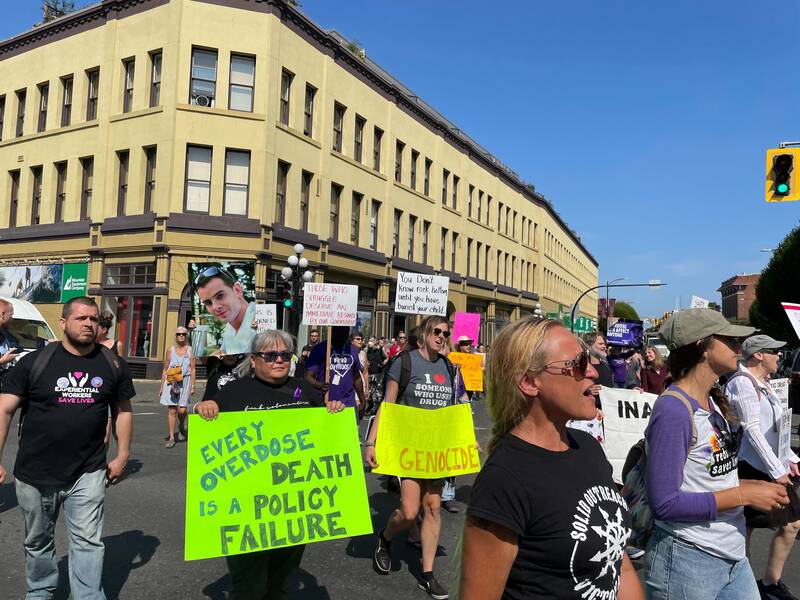 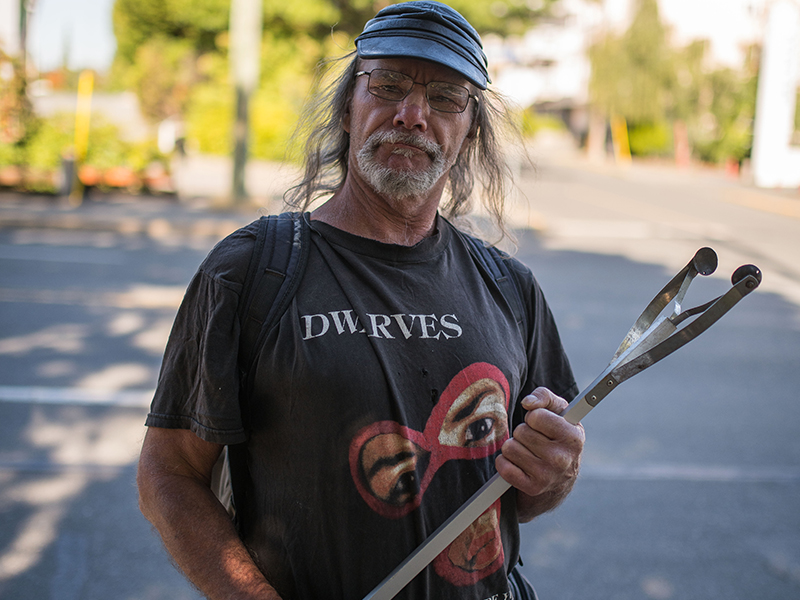 Meet the Rig Diggers: Current and former addicts who collect used needles in Victoria
They usually find eight per shift. Last week they broke a record.