‘Think a little bit differently’: First-in-BC Creative Reuse Centre opens in Victoria
Latest News
News
Based on facts either observed and verified firsthand by the reporter, or reported and verified from knowledgeable sources.

June 22, 2022
Get the news and events in Victoria, in your inbox every morning.
Thank you! Your submission has been received!
Oops! Something went wrong while submitting the form. 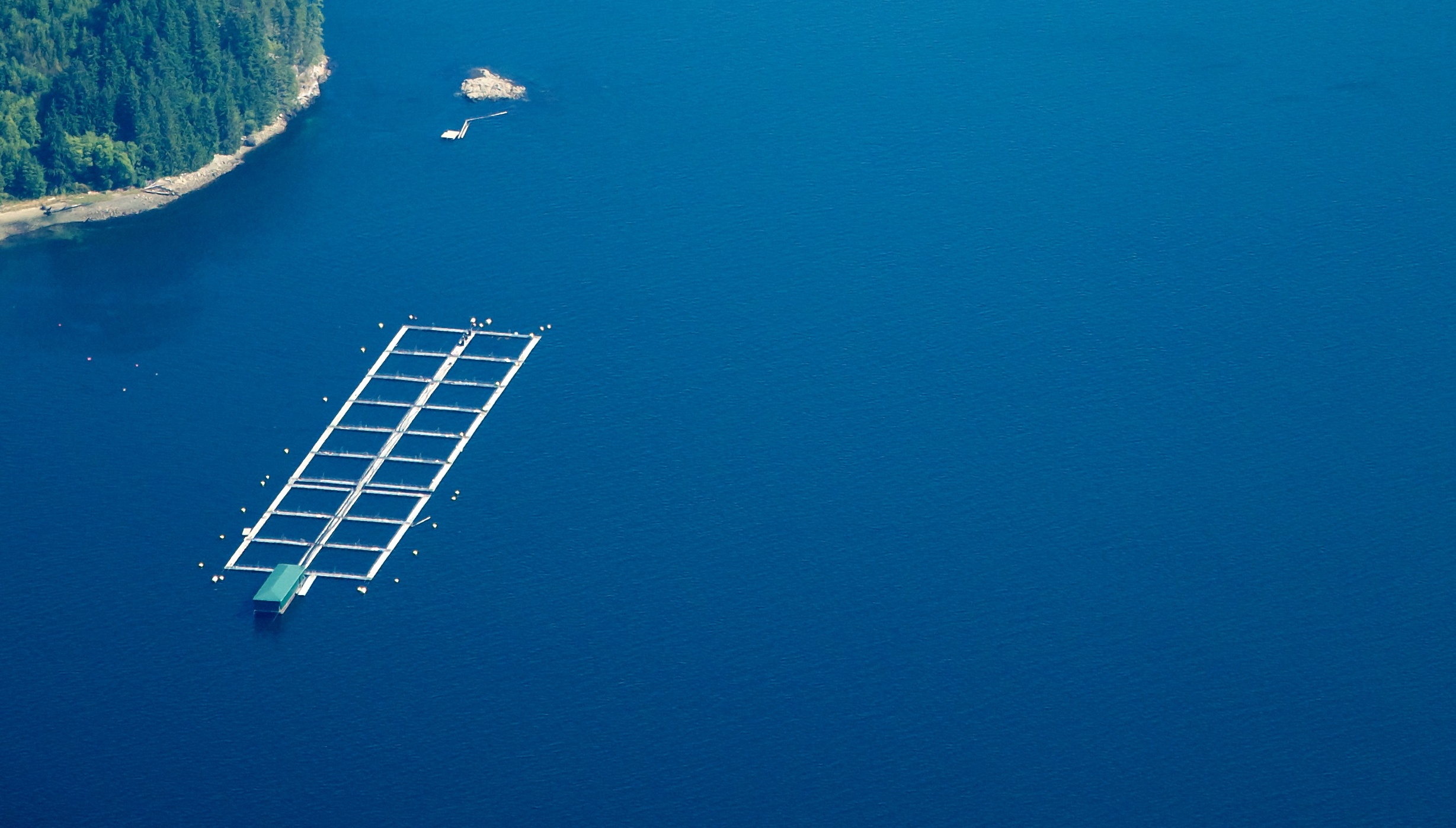 Open net-pen salmon farming has another two years in BC, but nothing more without federal approval.

Wednesday afternoon, Joyce Murray, federal minister of fisheries, oceans, and the Canadian Coast Guard, announced she would be extending the 79 salmon farm licences in BC outside of the Discovery Islands until 2024, as they were set to expire on June 30.

The federal Liberal government has promised to phase out salmon farms in BC’s waters by 2025—a commitment Prime Minister Justin Trudeau doubled down on in his appointment letter to Murray last December.

It’s an announcement that conservationists are applauding, but viewing with a measure of caution. Along with salmon researchers and several First Nations, they had been anticipating Murray’s decision for months, ever since her predecessor, Bernadette Jordan, put a moratorium on open net-pen salmon farming in the Discovery Islands—only for a federal court judge to rule that Jordan’s decision had been a breach of procedural fairness.

“[Wednesday’s decision] gives me a lot of hope for survival of wild salmon,” said independent biologist Alexandra Morton, who has studied Pacific salmon for over 20 years. But she added that independent oversight “will be mandatory” to make sure the new conditions are enforced.

Morton and her peers argue that open net-pen salmon farms are in part responsible for the drastic decline of BC’s salmon—alongside things like river damming and resource extraction.

Salmon farms, he told Capital Daily, allow the parasitic lice to thrive, damaging wild salmon populations. Typically, sea lice—which can’t survive in fresh water—would die off once salmon swim upriver to spawn. But in open-net farms, fish are stressed and crowded, making it the perfect breeding grounds for sea lice, which the infected farmed fish then pass off to wild species.

Svanvik says that in place of open-net salmon farms, he’d prefer to see on-land salmon farms (the Norwegian company Atlantic Sapphire has housed pens in both Florida and Denmark), but he remains skeptical that fish farms are needed at all.

“Don’t believe the BS about… feeding the masses. Go to your grocery store and see how much it costs for some Atlantic salmon,” he says. “Tell me how many of the masses can afford it.”

Morton, an Echo Bay-based biologist who has been called the “Jane Goodall of Canada” for her decades-long salmon advocacy, raises caution about what she sees as conflicting messages coming from Ottawa. While political leaders like Trudeau and Murray’s predecessor, Bernadette Jordan, have publicly pledged to phased out farmed salmon, the Department of Fisheries and Oceans’ (DFO) aquaculture management division has sung a different tune.

In an email dated Feb. 22, 2022 that Morton obtained through an access to information request, Brenda McCorquodale, director of the DFO’s aquaculture management division, advises salmon farm operators that the DFO “will accept payment of fees as an expression by the licence holder of the desire to be reissued a licence.” This means that salmon farm operators might have paid the DFO for licences before Murray’s decision was even made.

Memo from DFO by Jimmy Thomson on Scribd

According to Morton, this was the same tactic used when Jordan ordered the Discovery Islands salmon farms to close by June 30. At the time, Alison Webb—McCorquodale’s precedessor at the DFO—proposed to salmon farmers that they could renew their licences before Jordan declared her mandate.

“In the courts, the lawyers for the industry [were] like, ‘Hey, look, we paid for these licences [and] sunk a lot more costs into these fish, because we fully expected it was going to be business as usual… And then you said no.’ And that's part of how they won the case,” Morton told Capital Daily.

Both Morton and Svanvik dispute the Canadian Science Advisory Secretariat (CSAS), a body that produces peer-reviewed science for the DFO, in its report that open-net salmon farming has negligible impacts on wild salmon. Morton says that “some of the DFO science is absolutely corrupt.” Svanvik calls them “liars.”

A recent Globe and Mail op-ed by nine scientists who’ve “contributed to many peer-reviewed analysis on salmon conservation and farming for the DFO,” including UBC professor and Canada Research Chair Tony Farrell, disputes claims against CSAS, asserting that “All food production in Canada is regulated for safety, environmental impact and quality.” The group mentions their reports are first vetted by an external peer-review process and consensus opinions are reported. “The CSAS process does not selectively ignore some of the available science,” they assert.

Capital Daily also reached out to Norwegian-based seafood company Mowi, which operates 37 salmon farms in BC between Campbell River, Port McNeill, Port Hardy, Quatsino, and Klemtu. Mowi did not respond to a request for comment, but deferred to the Canadian Aquaculture Industry Alliance and BC Salmon Farmers Association.

Announcement signals ‘next steps’ in transition from open-net salmon pens

Murray also noted that she would be consulting with First Nations, industry, and other stakeholders in the development of a “final transition plan,” expected in spring 2023.

Ruth Salmon, interim executive director of the BC Salmon Farmers Association, called Wednesday’s announcement a “positive first step” that “confirms the voices of Industry and First Nations, in whose territories we operate, have been heard."

Five arrested, but at least four won’t see charges from Fairy Creek camp
‘We’re in a new era’: Reconciliation top of mind this Canada Day in Victoria
Three officers in ‘life threatening’ condition after Saanich gunfight
Did Coun. Szpak abuse her power as Protective Services Committee chair?
Walk through the night for survivors of residential schools
Nicholas Kristof shares five lessons on how to change the world 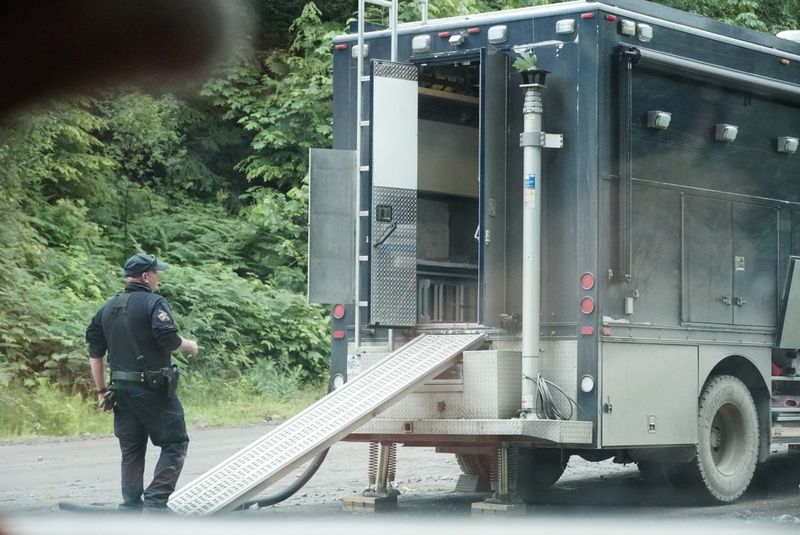 RCMP dismantled Sassin Camp, left one arrestee with a concussion 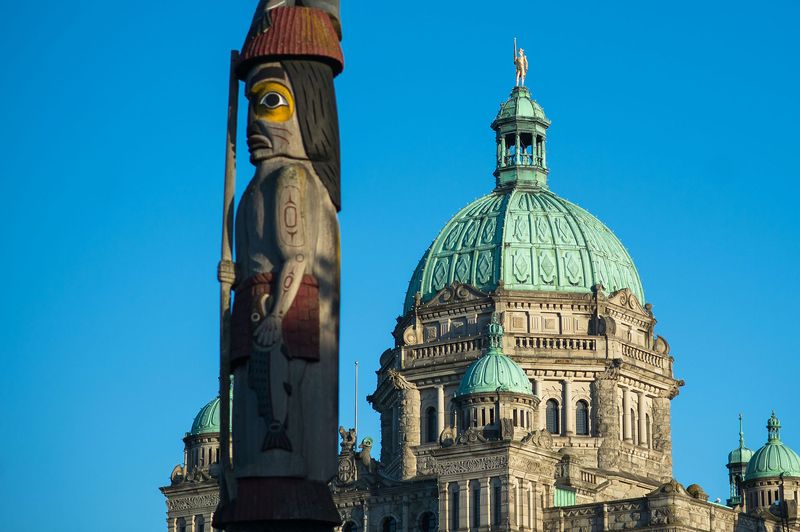 ‘We’re in a new era’: Reconciliation top of mind this Canada Day in Victoria
One year after tragedy, the city’s reckoning continues 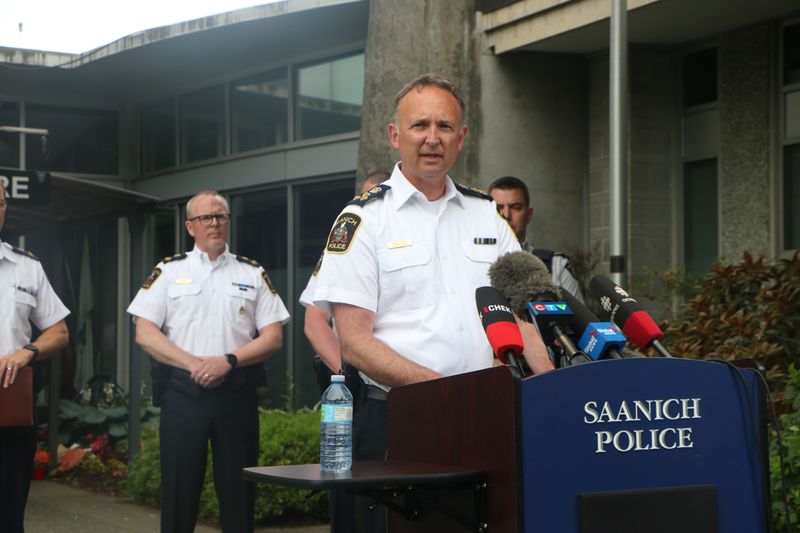 Three officers in ‘life threatening’ condition after Saanich gunfight
RCMP take lead on investigation, say it will be treated as attempted murder