November 20, 2019
Get the news and events in Victoria, in your inbox every morning.
Thank you! Your submission has been received!
Oops! Something went wrong while submitting the form.

Thomas Guerrero is best known to Victorians as the voice behind one of Vancouver Island’s most readable blogs, Sidewalking Victoria. From Victoria’s saddest public space to the intricacies of a bad sidewalk, Guerrero is paying closer attention to Victoria’s urban environment than almost anyone. We asked him to answer the pressing question of whether it’s a good idea for Canadians to constantly reference Amsterdam whenever we talk about green infrastructure.

Spend any time discussing green cities, and it’s inevitable that someone will eventually bring up Amsterdam. Here’s a medical doctor in the Times Colonist advocating a bike lane on Dallas Road to allow Victoria to mimic Amsterdam’s “more healthy culture and population.” Here’s Canada’s Victoria-based “bicycle mayor,” Susan Stokhof, on how Victoria should treat Amsterdam as the “role model” in retrofitting itself for bike friendliness. And here’s Catherine Holt, CEO of the Victoria Chamber of Commerce, telling Douglas Magazine that Victoria could become a “great cycling city” like “Copenhagen and Amsterdam.”

The subtext of all these arguments is that if we could just build bike lanes as enthusiastically as the Dutch, then we too could live in a bike nirvana. But until North America’s cities can magically mimic Amsterdam’s density, housing and geography, we may be wasting our time by blindly treating it as the unquestioned zenith of green city design.

I should note that I support bike lanes and agree that we need to be retrofitting our cities to promote alternatives to gas-powered travel. Here in Victoria, our new $30 million separated bike lane network has created a great way to move downtown and even made sidewalks safer for pedestrians. What is far less certain is whether we are being realistic about what is possible  by only focusing on a few limited European examples.

One major point in Amsterdam’s favour is its sheer density. Every square kilometre of the city contains 5,135 people. Vancouver and Victoria are close (at 5,493 and 4,405, respectively). Victoria can even boast a greater population density than Toronto. But that only accounts for the cores; in Victoria, if you add Saanich to the equation population density suddenly falls by half. The same occurs in Vancouver when you account for the lower densities of Burnaby, New Westminster or Richmond, let alone the vast population spread out over Surrey and Langley. In general, the Dutch live in townhouses and apartments. Canadians, for the most part, still live in low-density single-family homes. The amount of single-family dwellings in Amsterdam is 13% of the housing stock as compared to Victoria’s 39%. It’s great for gardening, but not so much when you’re trying to build compact, easy-to-navigate cities.

Moreover, while Victorians can be very enthusiastic about cycling, they’re often equally enthusiastic about defending a low-density status quo. High-density proposals are routinely opposed, such as last year’s Victoria City Council rejection of a four-storey walkup on the grounds that it would ruin the character of the neighbourhood. Two years before, Saanich rejected a similar Cordova Bay proposal for virtually the exact same reason. That current approach is actually anti-bicycle (and anti-walking) because it stretches out the travel distance for everyone living within and beyond that neighbourhood. If Greater Victoria really wants to be like Amsterdam, vast neighbourhoods of road hockey-friendly streets and low-lying homes will need to become a thing of the past. It’s much the same in Vancouver if you look at the broader city with its vast swathes of single-family dwellings from False Creek to the Fraser River. This all means that to have the kind of bicycle ballet you see on the streets in the Netherlands, we must overhaul all of our neighbourhoods. I am all for it, but I think we might find that it will be too much for many Victorians.

It may also mean rethinking the way we raise our children. One of the tropes you often hear about Amsterdam is that kids can actually ride their bikes to school (They even have a junior bike mayor!). Bike lane proponents in Canada promise a similar phenomenon. But it might not be so much car culture that is preventing kids from biking to school and instead our North American love of stranger danger. Kids can’t even take the bus on their own in Vancouver and Victoria without causing a fuss; it’s unlikely that a bike lane is the only thing preventing Canadian parents from dispatching their nine-year-old to school on two wheels.

Another critical factor driving Dutch bicycle use? The whole place is flat as a pancake. Almost their entire country is a river delta; perfect terrain for creating a bike paradise. Victoria’s hills are fun to coast down, but they dramatically limit the amount of the population that can feasibly use a regular bike (particularly in a community disproportionately populated by seniors). E-bikes are a solution, but with price tags starting at four figures, they’re not within everyone’s budget.

There’s also one nagging truth underlying all of this; while cycling in Amsterdam looks great for those riding bikes in YouTube videos, it may not actually be the glittering utopia we think it is.  For one, the Netherlands’ road fatalities have seen marked increases in recent years despite the larger percentage of commuters using bikes, with 678 people being killed in traffic in 2018. The rate is still well below Canada, but considering the Netherlands’ general lack of winding rural roads slick with ice, it shows that even a cycling playground can only contribute so much to creating safe streets.

For pedestrians, meanwhile, Amsterdam can be a very unfriendly place, particularly for tourists. Cyclists travel fast, they are known to blast through red lights and they don’t have the best reputation. “Cyclists are even more antisocial than drivers,” one legally blind Amsterdammer told Citylab. Added to that, Amsterdam sidewalks are often incredibly narrow. “Biking in Amsterdam is anarchy, and the price of emulating the Dutch way is to embrace a level of chaos that Vancouver never could or should,” wrote Isabel Ruitenbeek, a Dutch contributor to the Tyee earlier this year.

Populating a city with bicycle enthusiasts has also made Amsterdam a major haven for bike crime. It is estimated that between 50,000 and 80,000 bikes are stolen per year in Amsterdam. Vancouver has its own problem with bike theft, but even then they’re only losing about 2,000 bikes a year, according to the City of Vancouver.

Even with all the aforementioned factors in its favour, Holland’s embrace of bicycle culture didn’t happen overnight. It was helped along by the devastation (and subsequent lack of motor vehicles) wrought by the Second World War, and then accelerated in the 1970s with a call to reduce the amount of deaths of children by car. Even with that long of a push towards bicycles, car commuters still outnumber bicycle commuters in Holland significantly. This is the globally admired mecca for bicycles, and cars are still winning.

Given our very different geographies, demographics and even culture maybe we should try and think beyond the European example. There are an infinite amount of ways to decrease the amount of cars on the road and increase commuter trips by bicycle and walking. I am quite certain that part of that does include dedicated bike lanes, but it might also include significant  transit improvements, more mid-block walkways, wider sidewalks and more pedestrian only areas. It may mean increasing the density of housing downtown and encouraging more citizens to work from home and stop commuting altogether.

While Amsterdam and other European cities can provide some inspiration it should not be our goal to mimic them wholesale. In designing green cities, let’s make sure we appreciate that there’s so much more behind Amsterdam’s bike miracle than simply building bike lanes and telling people to put their car away.

By filling out the form above, you agree to receive emails from Capital Daily. You can unsubscribe at any time.
Thomas Guerrero
,
EMAIL:
TWITTER:
contact@capnews.ca

Everything you need to know about Greater Victoria’s cycling network 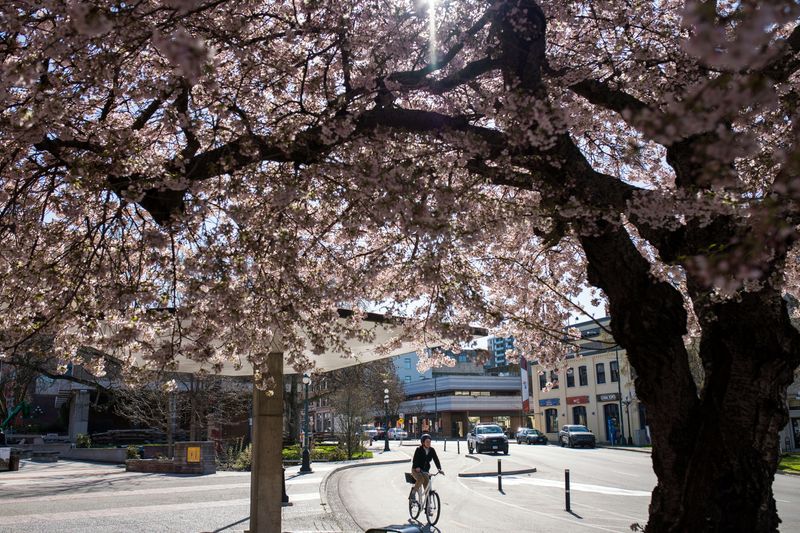 What exists, what’s being built, and what gaps remain—from Sooke to Sidney and in between 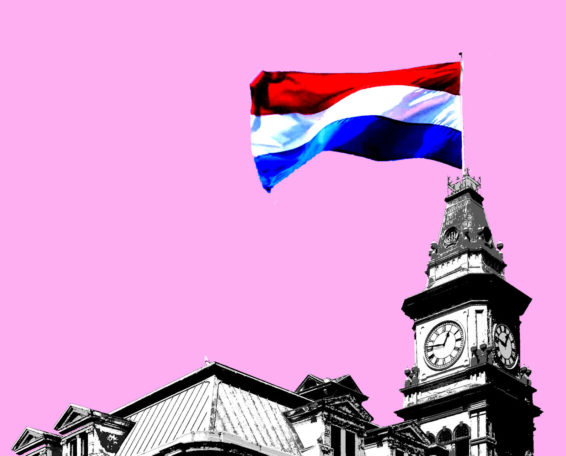 Why Amsterdam Might Be a Horrible Model for Building a Carbon-Free City
Yes, Amsterdammers cycle everywhere, but they also live in a flat, dense, comparatively affordable city (that’s wracked with bike theft)