Most BC residents think pandemic was not managed well: independent review
COVID-19
News
Based on facts either observed and verified firsthand by the reporter, or reported and verified from knowledgeable sources.

October 28, 2022
Get the news and events in Victoria, in your inbox every morning.
Thank you! Your submission has been received!
Oops! Something went wrong while submitting the form. 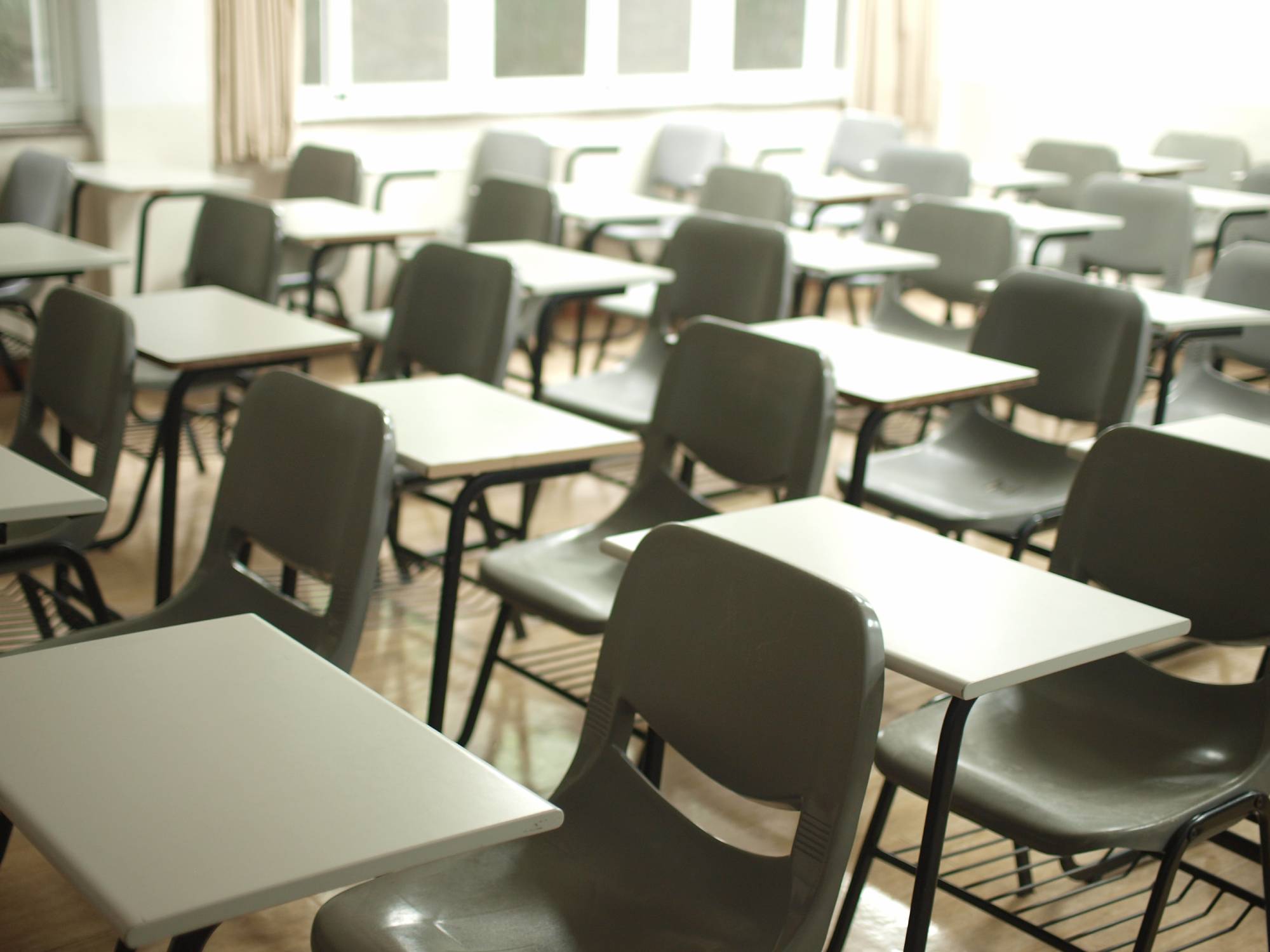 Teachers and parents on Vancouver Island are seeing widespread sickness and absences among K-12 students and staff, amid a continued lack of infection prevention measures in classrooms.

The principal of a Vancouver Island elementary school, Avery—who asked that we change her name due to policies that do not allow her to talk to the media—told Capital Daily that on most days since session started in September, at least one student out of five and one in 10 staff members are absent.

Avery estimates that as many as 75% of students have missed school already this semester. Some have missed a few days, and some a whole week or more.

“The good news is that most people are trying to keep their kids home if they're not feeling well, which is the message that we've been trying to promote for the last few years,” Avery said. “But on the other hand, what I do know from observation and from the amount of adults who are sick is that there's just a lot more people sick than has been through the entire [pandemic].”

It’s not clear whether these illnesses are COVID-19, influenza, or something else. According to Avery, there are some who use rapid tests religiously while others avoid testing altogether, but in any case, the data is not recorded by anyone.

Neither the province, nor Island Health tracks the number of COVID-19 illnesses in schools anymore. Island Health stopped contact tracing and reporting school exposures in January 2022. Even outside schools, COVID-19 data available in BC is no longer accurate, as studies have shown there are 100 times more cases than currently reported.

The BC School COVID Tracker—an initiative created by two BC moms to trace the number of school exposures in the province—is still collecting reports of COVID-19 cases in schools and diligently reporting them on their website. These reports are made to the group voluntarily by parents, teachers, and school staff.

According to Andrea Rossman, a Victoria mom and one of the two founders of the school COVID tracker, fewer people are reporting illnesses to them, but those that do report their illnesses offer revealing insights into classrooms.

Rossman said conversations reveal, “the class was half full last week [or] three of their friends were home sick.” These anecdotal accounts give Rossman and her counterpart, Kathy Marliss, the impression that illnesses are rampant in schools, whether or not they are being reported.

Both Rossman and Avery noted one detail in how students and staff are treating illness this fall: people will notice a small symptom—a headache or the sniffles—skip school for one day and return to class, only to fall more sick and have to take several days off immediately after.

“I've got a couple of people right now [for whom] that was the situation,” Avery said. “They felt yucky, they went home for a day, and they came back, and now they're gone for a week.”

There is more handwashing now than before the pandemic in her school, Avery said, and some plexiglass barriers remain standing, but there are no infection prevention measures still in place. Rather than adding layers of protection, some schools have had cleanliness measures reduced.

In the Greater Victoria School District, SD 61, the teachers’ union has filed a grievance against the school district after custodial time was scaled back, meaning school desks only get washed once a week. They are still awaiting a response from the district.

Avery and Rossman also pointed out that in a lot of cases, students are being sent to school sick because their guardians—often single or two working parents—have no other option.

“We've been hearing people have used up sick time, and now they're stuck [when] their kid’s sick and have the sniffles,” Rossman said.

The message that she and Marliss have been hearing through their network is that people want more information to be able to make the right decisions for their and their families’ health.

“We need good data. Throughout, the message has been that we need to make our own judgment call,” Rossman said. “Do you wear a mask? Don't [you] wear a mask? That's up to you, but it makes it very hard to make that decision if I don't know what I'm walking into.”

In a statement, an Island Health spokesperson said that schools and districts only report student and staff absences to the Ministry of Education, not to Island Health. The spokesperson added that institutions like schools are a reflection of our communities, and therefore, increases in illness in communities are reflected in schools as well.

"If individual schools or districts have concerns, Island Health’s Public Health team is available to support them, as needed," they said.

Concerns about the quality of COVID-19 data used to make decisions about schools in BC have been revealed in a recent joint Capital Daily and Burnaby Beacon investigation. Internal emails obtained through Freedom of Information requests showed BC public health officials privately expressed concerns about school transmission data, months after officials had started making claims to the media and the public on a regular basis that the risk of transmission in schools was very low.

These records also show Island Health’s medical officer, Dr. Richard Stanwick, reported a “daunting” spike in school exposures and expressed concerns to Dr. Bonnie Henry about the ability of contact tracers to keep up with those exposures, while publicly, health officials downplayed the spread of the virus in schools.

At the moment, parents and teachers concur that hardly anyone still wears a mask in classrooms. At Avery’s school, which has more than 400 students, she says around 10 still regularly wear a mask.

According to Avery, the adults at her school are burnt out after over two years of the pandemic, and she fears a looming shortage of school staff in the future. For now, they are dealing with the burnout, the lack of information, and their own health concerns, with some dark humour.

“A couple of adults have joked… darkly to me that they have what they think is medium COVID,” Avery said. “They're not disabled enough to not work… [but] their energy level is low and they’re still feeling brain fog.”

Avery herself counts herself in that category, after contracting the virus this past summer.

“My breathing is still not what it was before I got it,” she said.

Update at 5:10pm on Oct. 28: The story has been updated to include a statement from Island Health.