June 14, 2022
Get the news and events in Victoria, in your inbox every morning.
Thank you! Your submission has been received!
Oops! Something went wrong while submitting the form. 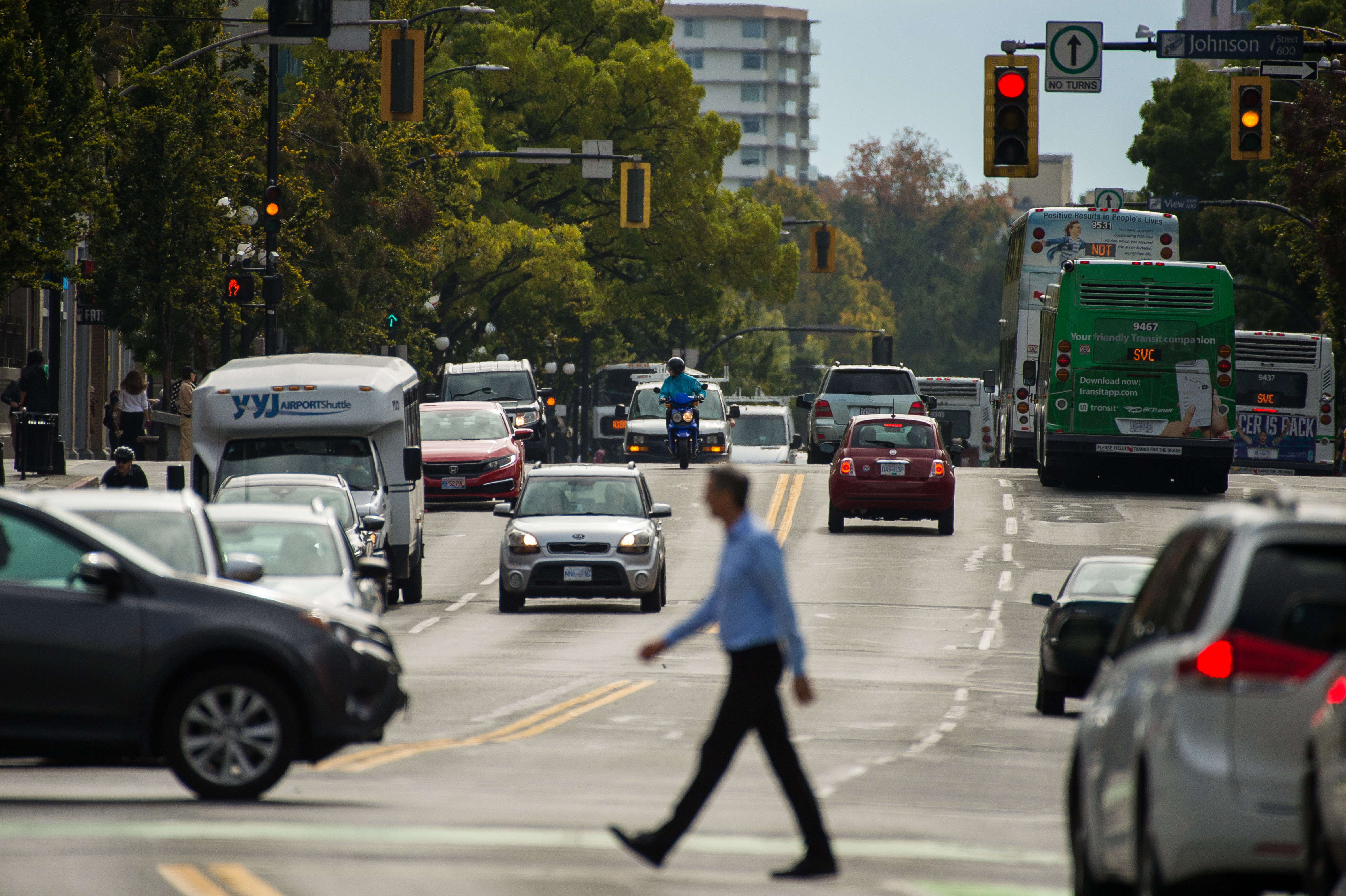 Fifty-eight percent of Islanders polled in a recent province-wide survey say they’d be in favour of lowering speed limits on residential streets to 30km/h.

However, that figure ranked lower than every other region in BC, according to the online Research Co. poll. Southern Interior BC ranked the most in favour, at 72% support. Metro Vancouver and Northern BC were both at 67%, with the Fraser Valley at 63%.

Altogether, two-thirds of BC residents polled said they would “definitely” or “probably” like to see a drop to 30km/h limits on neighbourhood streets in their community, while keeping arterial roads at 50km/h.

Support was generally higher among women than men, among younger people than older people, and among BC NDP voters than Liberal or Green voters. The Island actually had more “definitely” supporters than Metro Van, but noticeably fewer “probably” supporters.

The Island also had the highest rate by far (28%) of respondents saying they never see vehicles on their street going above the 50km/h current standard limit; by contrast, only 12% of Metro Van residents said so.

Coun. Ned Taylor was among those who proposed the change in Saanich, along with Couns. Rebecca Mersereau and Zac DeVries. Taylor pointed to findings from the World Health Organization that showed pedestrians’ odds of survival when hit by a car significantly improved when the speed limit was lowered to 30km/h. The WHO’s report noted that every 1km/h speed increase led to a 4-5% bump in deadly crashes.

In the months since that initial bid, however, pilot progress has ground to a halt. The municipalities have said they’re waiting for approval from the Ministry of Transportation and Infrastructure. But there’s no apparent approval date on the horizon.

The ministry contested that in a statement to CHEK, noting municipalities can alter speed limits without the province’s approval.

“Municipalities already have authority under the [Motor Vehicle] Act to alter speed limits on their local roads,” the statement read, pointing to pilot projects already underway in Vancouver and Surrey.

But councillors have been wary of a patchwork approach if speed limits aren’t changed unilaterally, given that many roads would cross municipal borders and potentially cause hiccups.

“There are a lot of places in the city where you can go across three municipalities in the space of two or three blocks,” Victoria Coun. Geoff Young told councillors in Jan. 2021.

Amid inaction, continued calls for change

For pedestrians and road-users who have advocated for lower residential speed limits for years, the lack of progress has proven frustrating—and, at times, fatal. The issue reached a boiling point in December when Kaydence Bourque, 16, was hit and killed by a vehicle while crossing the street at a marked crosswalk on Cedar Hill Cross Road.

About 100 people rallied outside of Saanich Municipal Hall days later, calling for action.

“It’s devastating,” activist Philip Marciniak, who organized the rally, told us in December.

“[Saanich council has] got some plans, but the implementation has been lacking, in my opinion… If you're a pedestrian and you're walking down Quadra Street, you're having cars missing your head by a foot or two, and they're going 60km/h, maybe even faster.”

Coun. DeVries acknowledged that despite council’s efforts, “we know we’re not doing enough.”

Saanich council has since sent a letter to its fellow Greater Victoria municipalities that instead of waiting for the province, it’s moving ahead with its own plans for road safety.