Most BC residents think pandemic was not managed well: independent review
Legal
News
Based on facts either observed and verified firsthand by the reporter, or reported and verified from knowledgeable sources.

October 12, 2022
Get the news and events in Victoria, in your inbox every morning.
Thank you! Your submission has been received!
Oops! Something went wrong while submitting the form. 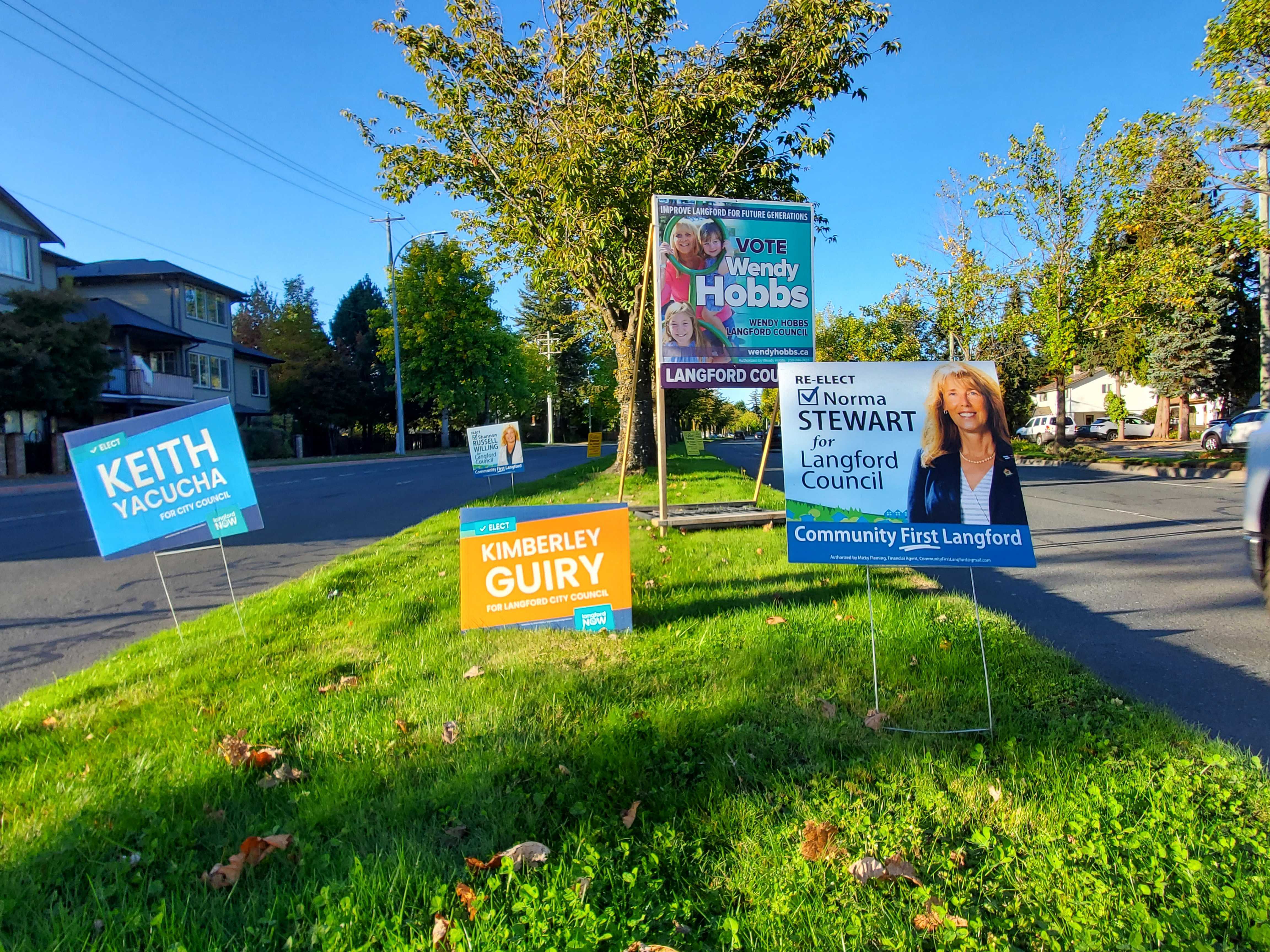 Mary Wagner had not even filed her paperwork to become a council candidate before she received a warning that she may have violated election law.

Wagner, who is running with the Langford Now slate taking on the mayor's Community First slate, had made an appointment to deliver her nomination papers to Langford’s local electoral officer, Marie Watmough, when she received an email from Watmough, who also serves as the deputy director of corporate services for the city.

“I thought it was going to be about my appointment, but actually it was a letter from the chief electoral officer that set out that I may have done something that was an election offense,” Wagner told Capital Daily.

The letter, dated Aug. 30 and signed by Watmough, informed Wagner that two voter outreach events she held in city parks may have violated the Local Government Act, section 161, which prohibits vote buying. It warns Wagner that she is “responsible for knowing what activities [she] may and may not undertake” while campaigning and quotes the act’s prohibition against providing voters with goods or services in exchange for their vote or for promising not to vote—an action known as “inducement.”

Wagner said she was shocked to receive the letter, which mentioned events she participated in on July 30 and August 20. The events included the kinds of refreshments that most campaigns offer supporters and members of the public at some point or another in the election.

“We had some bubbles and music and some I was handing out water [and] freezies—things that I've seen at other campaign events,” she said. “I was just trying to engage with the public and talk about the election coming up and let people know that I was interested in running.”

To be on the safe side, Wagner decided to interpret the act broadly and avoid doing any activities she felt could be seen as a potential violation of the Act.

“It became clear that I should be very careful,” she said. “I still went door to door as part of normal campaigning, but I was afraid to do anything that would be considered an election event—so no more going to parks and meeting with people in that way.”

The experience has had “a chilling effect” on Langford Now’s election efforts, according to Laurie Plomp, the financial agent for the electoral organization.

“It scared us as an organization because we are all new to this…none of us have ever organized an [elector organization] before,” Plomp said. “It certainly got our attention and governed how we did things from there on.”

No inducement without an obligation to vote or not to vote

Wagner communicated with Elections BC “at length” about her planned campaign activities—including the events Watmough warned her about—to ensure she would not run afoul of financial reporting requirements.

“I had thought my event was completely normal and an acceptable thing and [was] really surprised to hear that there would be any problems at all.”

It’s not uncommon to see municipal candidates hosting events that provide refreshments or hand out buttons to potential voters, but running afoul of the Local Government Act can result in up to $10,000 in fines, up to two years of jail time and potentially being barred from holding public office in the province.

The Act defines potential inducements that candidates and their campaigns are barred from providing voters as any “money, gift, valuable consideration, refreshment, entertainment, office, placement, employment and any other benefit of any kind.”

Inducements can also include “buying coffee for patrons or volunteering to drive an elector to a voting place in exchange for their vote,” according to the Candidate’s Guide to Local Elections in BC published by the provincial government. An updated version of the document was posted by the province at the beginning of July.

The key phrase in the guide, however, is “in exchange for their vote.” Campaigners are free to offer rides or coffee—they just can’t demand votes in return.

“These activities are permitted as long as there is no obligation on the elector, whether overt or implied, to vote for a certain candidate(s),” the guide notes. Watmough’s letter makes no mention of the guide or its interpretation of inducements.

Watmough was reluctant to discuss the letter. “I was made aware that something was being given out and so I provided them with information that, in my view, they didn't have before,” she said when contacted by Capital Daily.

Watmough declined to answer specific questions over the phone on the grounds she needed confirmation that Wagner was “comfortable” having the letter discussed with a third party. No other Langford candidates or their campaign teams have been warned about potential inducements, Watmough confirmed.

Despite requesting Capital Daily send further questions in writing, Watmough did not respond to subsequent emails.

Langford’s municipal election race is a crowded one this year. Mayor Stew Young has headed the city since its first election after it was incorporated in 1993 and is endorsing a slate of six candidates—four of whom are incumbents—running under the Community First Langford banner in this election. Langford Now is fielding five council candidates, including Wagner, all of whom are new to municipal politics. Two other council incumbents—Lilian Szpak and Denise Blackwell—are running independently (both have sparred repeatedly with the mayor) as is candidate Wendy Hobbs.

Unlike provincial and federal elections—which are primarily administered by Elections BC and Elections Canada, respectively—municipal elections are not run by a single entity.

Instead, Elections BC handles issues related to finances—including advertising spending limits and campaign contribution caps—while each municipality, through its local chief electoral officer, is responsible for candidate nominations and the voting process, including issuing and counting ballots.

On top of that, the Ministry of Education oversees the election of school board trustees and the laws governing municipal elections in BC fall under the jurisdiction of the Ministry of Municipal Affairs.

Plomp said getting clarity on Watmough’s letter to Wagner was not easy.

“It was a very frustrating situation because I tried six, seven, eight different numbers for the Ministry of Municipal Affairs—every number I could think of and just kept getting voicemail messages,” Plomp told Capital Daily. “I tried Elections BC and was given the information that this didn't fall within their purview.”

A spokesperson for the ministry confirmed to Langford Now and Capital Daily that Wagner’s two summer events were unlikely to have violated the law.

“Activities such as volunteering to drive an elector to a voting place are permitted as long as there is no obligation on the elector, whether overt or implied, to vote or refrain from voting,” the ministry’s statement reads. The ministry’s response also referenced the provincial guide for municipal candidates.

But the clarifications came with caveats.

“It was suggested to us that we look at getting a lawyer,” Plomb said. “We are really a grassroots organization and have very little money to spend and so, to look at having to spend money on a lawyer, just to get an opinion—that would have taken a significant chunk out of our budgets.”

Plomb also expressed frustration about communicating with Watmough on other election-related issues, including the placement of campaign signs.

“We've had very unclear information about where they can go and what to do,” she said. “We've been following the rules and acting almost instantly when we get any kind of notification from the city…We're just not sure whether the other side is being policed in the same way.”

A Langford challenger offered freezies at an event. Then she received a letter from the election officer warning of vote-buying
Suspended school board trustees McNally and Paynter reinstated by BC Supreme Court
How the RCMP convinced a court to censor Capital Daily
Nightmare neighbour feud nets hefty fine in BC court 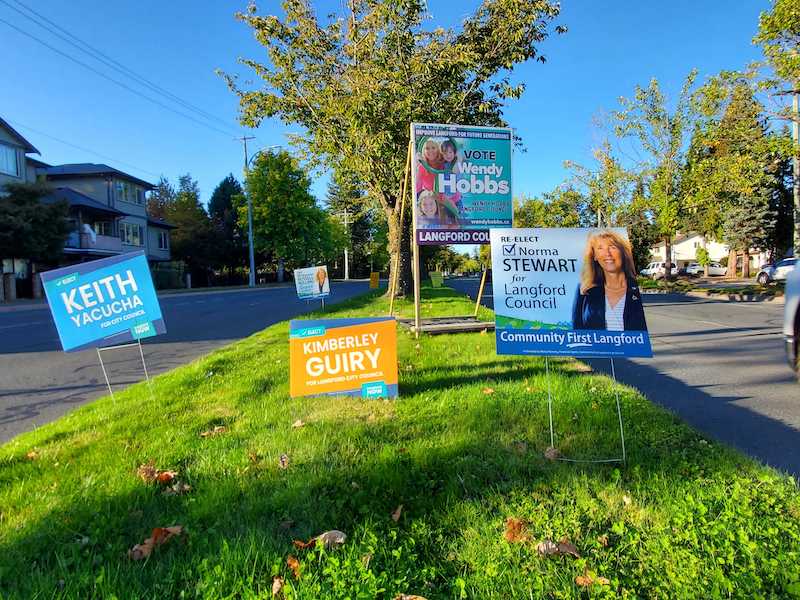 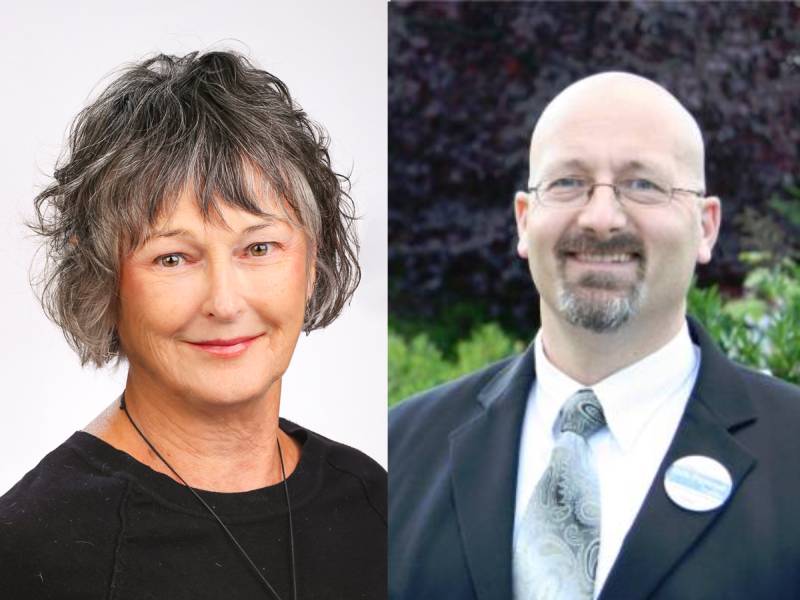 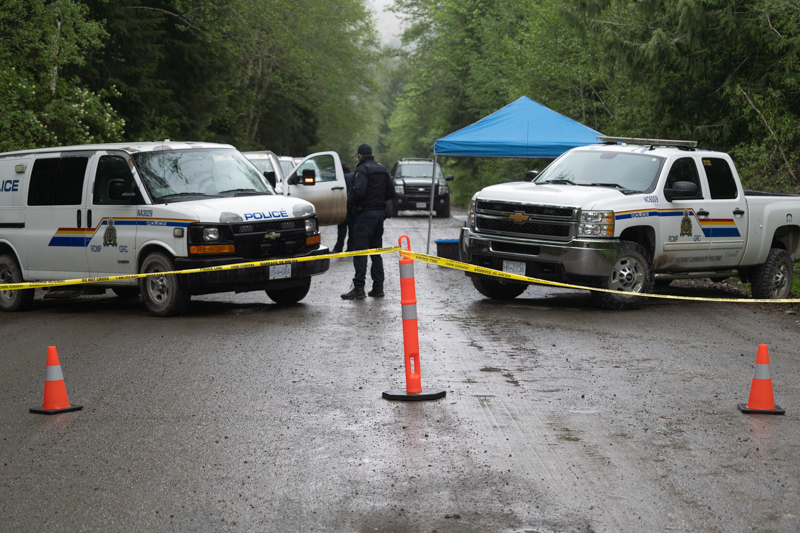 How the RCMP convinced a court to censor Capital Daily
We have an RCMP document related to Fairy Creek that we think is important. No, you can’t see it.