November 3, 2022
Get the news and events in Victoria, in your inbox every morning.
Thank you! Your submission has been received!
Oops! Something went wrong while submitting the form. 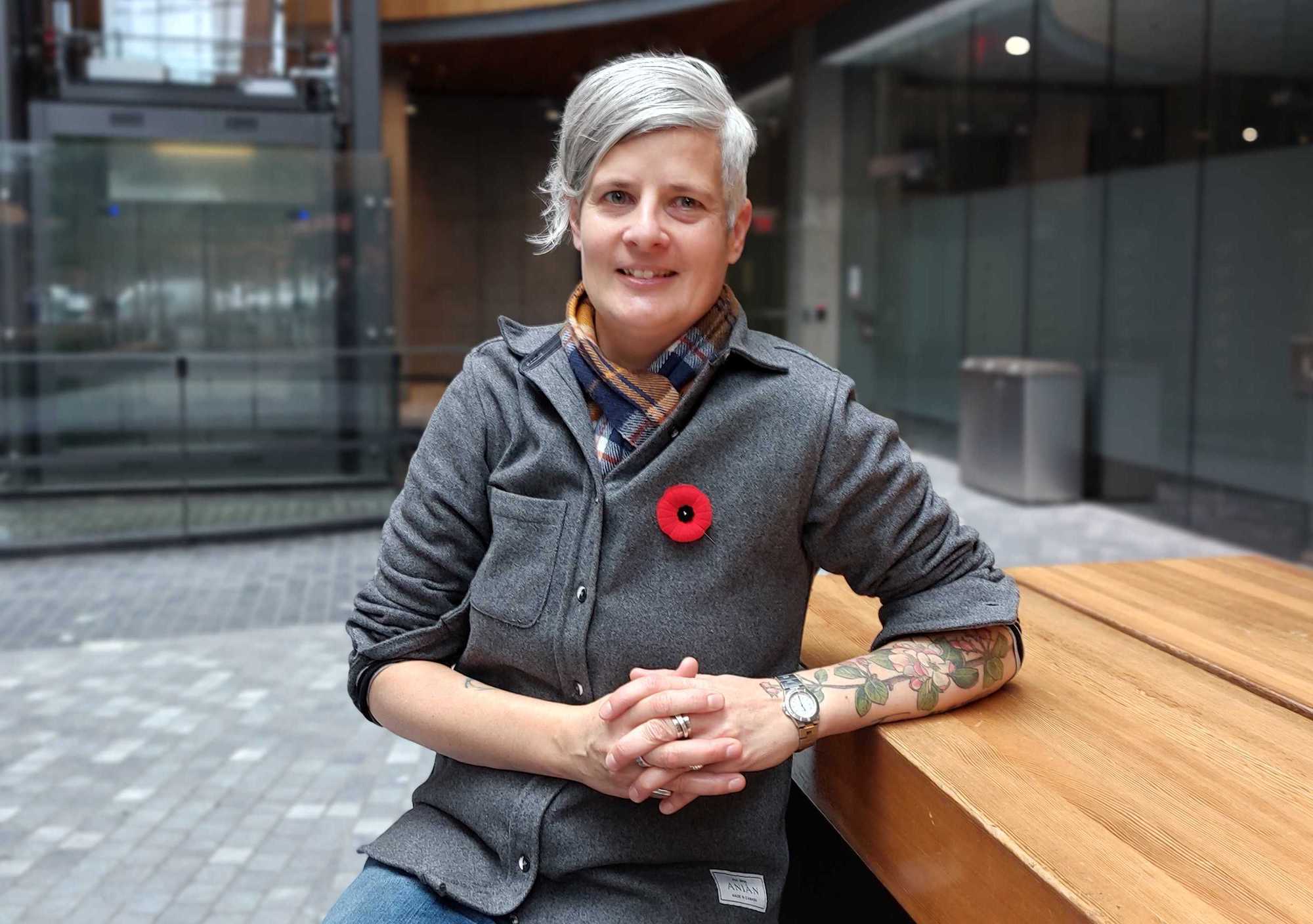 Lisa Helps is either the worst mayor the City of Victoria has ever had or its best, depending on who you talk to. From refusing to swear her oath of office to the Queen to championing policies that sometimes deeply divided residents, Helps’s legacy seems to leave little room for ambivalence.

Helps has helmed Victoria through a period of significant growth and change—from a “big town” to a “real city,” as her successor, Marianne Alto, puts it—while managing the effects of the pandemic, and she’s likely to leave a mark on the city’s future as well.

From big bike lane investments to a country-leading plastic bag ban to the Victoria 3.0 plan, Helps has helped drive a lot of change in the city during her eight years as mayor.

“I feel like my kid’s going off to university,” she told Capital Daily of the end of her years in public life. “We've done a good job, it's been a super speedy growth period from, let's say, four years old in 2014 to 18 years old in 2022. I feel like it's time to let go.”

In the fall of 2021 Helps declared she would not seek re-election and is glad to be leaving office on her own terms.

“I think it's really healthy, I don't think that any leader should stay in a leadership position for any longer than that,” she said. “If you look at the private sector, any good company doesn't keep their CEO for a heck of a long time.”

Helps has high hopes that the new mayor and council—most of whom she endorsed during the campaign—will continue to support much of the business she leaves unfinished, though she expects they’ll go about it more sedately than the “very high and fast pace” of change Helps set during her terms.

Looking to the future

Wrapped in a wool scarf and jacket on a rainy morning in the cavernous Atrium on Yates Street, Helps gets visibly energized when she talks about the sweeping strategy that seeks to see the city realize itself as a “future-ready and globally-fluent” economic engine over the next two decades.

“My dream for Victoria 3.0 is that people would embrace that as the new vision for the city,” Helps said, speaking in particular about people bringing applications to create businesses or change the city’s built environment. “I want it to be…the community's economic action plan. And that's what's happened.”

A key component of the plan involves creating an Arts and Innovation District centred along Store Street, near the now-former location of Capital Iron. Making the vision for the district a reality will involve broad rezoning of the area, opening opportunities for artist studios and residences, as well as tech sector investment. City staff are currently working on the changes to the district, and Helps hopes the planning will be finished in the coming year.

“I hope that the council and the public take the time to get that rezoning right and then it really will set the table for some really good economic outcomes in that part of town,” Helps said.

Parts of the rezoning effort have already met with resistance from local landowners and businesses. During the previous council’s final meeting, several spoke against proposed bylaw changes that would put a freeze on new self-storage facilities and new vehicle storage lots in industrial areas across the city, including in Rock Bay.

While existing businesses would not be affected, opponents argued their operations would be negatively impacted by the bylaw changes and said they had not been consulted on them. The proposed amendments will be put before the new council to consider.

“It will all roll into the larger consultation [on the Arts and Innovation District],” Helps said. “But the best and highest use of industrial land in the city is not car dealerships and it's not one-storey buildings—that just makes no economic sense from a whole bunch of points of view.”

Helps, who describes herself as “very impatient” when it comes to making progress on priority policies, believes municipal leaders should be willing to go to bat for their vision even when facing backlash. Residents and businesses are, Helps believes, often focused on the issues of day-to-day life, meaning they might not immediately see the long-term benefits of big changes.

“Our job as leaders is to pay attention to all those things for now, but also to look 50 years down the road; we’ve got two different jobs,” she said.

Balancing local concerns with big-picture priorities can be tricky, as Helps well knows.

“It's really patronizing to say, ‘You know, what, it's going to be good for you,’ but it’s also part of our job,” she said. “To say, ‘Okay, well, we've got to do that anyway.’ And that does cause some tension.”

Addressing homelessness as an urban issue, not a local one

When Capital Daily interviewed Helps at the end of 2020, she described a coordinated effort with the province to house Victoria’s homeless population, including moving people out of Beacon Hill Park by spring.

In March 2021, the province and the city signed an agreement to get all people living in city parks into housing and end future encampments. The move came shortly after city council voted to bring back a bylaw banning camping in parks from 7am to 7pm; the bylaw was lifted during the pandemic due to decreased shelter space as a result of public health restrictions.

People are still living outside in Victoria, and beyond, and Helps hopes to see a more unified effort from municipalities and the province to address it.

“I think the most important thing to really stress is that homelessness is an urban issue; it's not a Victoria issue,” she said.

Co-chairing the BC Urban Mayors Caucus, alongside outgoing Kelowna Mayor Colin Basran, highlighted for Helps that cities around the province have been seeing the number of unhoused residents increase in recent years.

“That's really an important thing for all of us to grapple with because unless we solve the issue provincially we're not going to solve it in any of our cities,” she said.

Helps is encouraged that the province has responded with a specific action aimed at addressing homelessness and community safety concerns: complex care housing, a type of supportive housing geared toward people who may be dealing with a combination of mental health issues, trauma, substance use and acquired brain injuries.

“They're the ones who have the highest level of need—no matter how much supportive housing that we open, they won't necessarily be able to live there because their needs are too high,” Helps said. “If they had cancer, they'd be treated properly. If they have mental health and addictions, they're left on the street and they move in and then they're evicted again. Complex care housing will hopefully start to break that cycle by giving people the care they need.”

Standing up services is a slow process. The Ministry of Mental Health and Addictions announced funding for 100 complex care units across Greater Victoria in March but they are not expected to open until next year.

Helps also hopes that, as the city continues to work with the province to address the need for low-income and supportive housing, that the right types of housing are considered.

“If we really want to end homelessness, we need to build homes that people are enthusiastic about moving into,” she said. “One of the reasons that people don't go inside isn't because they don't want housing—it's because they're afraid of losing community and feeling lonely.”

Effectively addressing homelessness is just one of many priorities Victoria’s new mayor and council will need to find time for.

“The next four years are going to be really, really challenging years,” Helps said. “There's a lot on the plates of local governments across the province and across the country and Victoria is no exception.”

Helps expects it will take the new group at the council table some time to find their feet as city leadership.

“My hope for the public is that we give this new council some breathing room—when somebody comes up with a good idea that may not be perfect, we don't jump down their throats and start writing letters to the editor and saying this is good or this is bad,” she said.

'The pandemic has really been a magnifying glass': a Q&A with Mayor Lisa Helps

With one year to go, Lisa Helps still has plans for Victoria