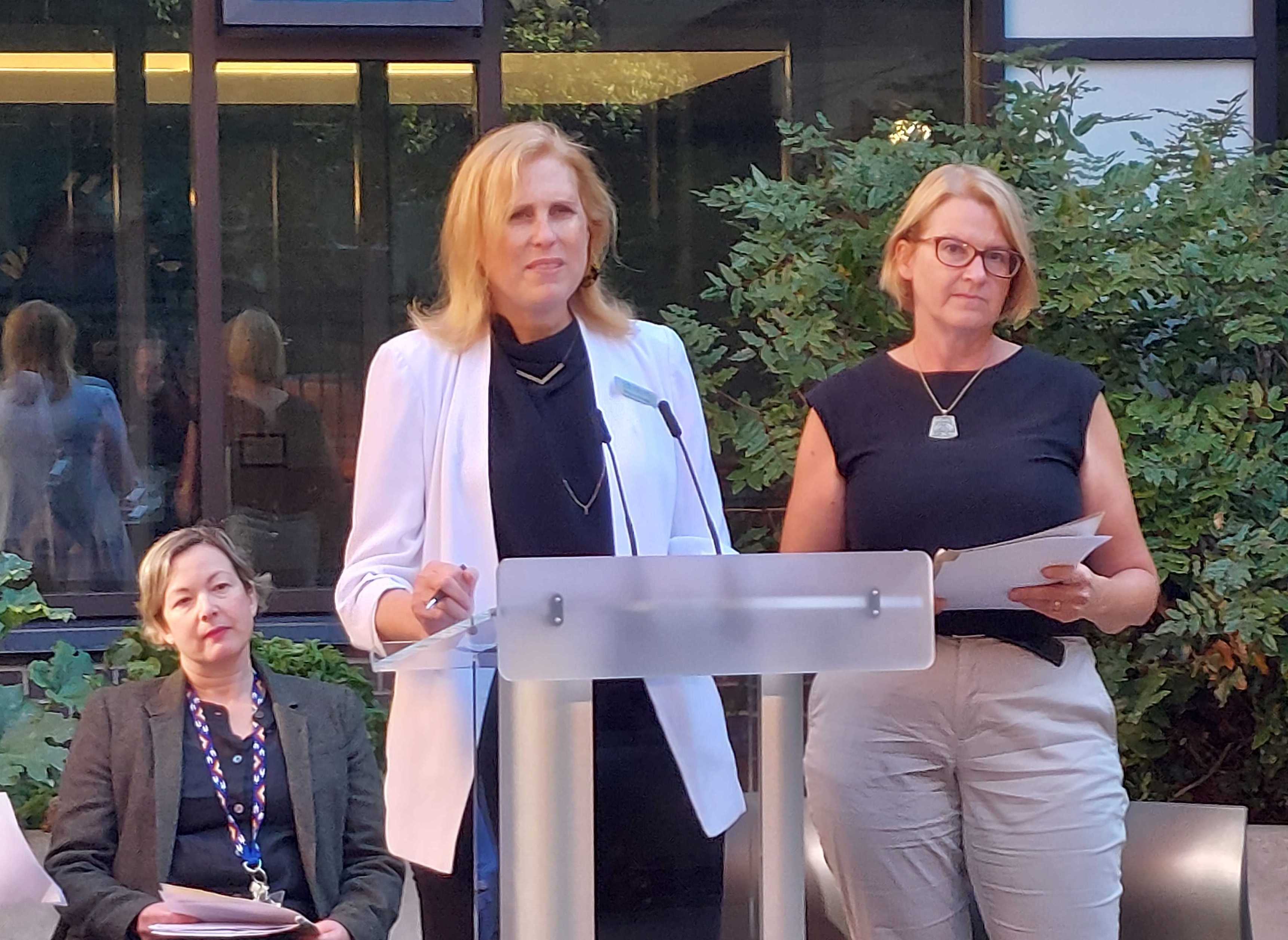 There’s a lot to like in NDP leadership candidate David Eby’s housing platform if you’re a non-profit housing provider.

Holden has plenty of positive things to say about the former housing minister’s proposals, which includes a $500 million fund to help non-profits buy affordable rental buildings.

Holden told Capital Daily the society regularly hears about affordable buildings going up for sale but often can’t come up with the cash to buy them in time.

“As a nonprofit, we just don't have the capital bandwidth to be able to play in that market. And then they get bought up by investors, by real estate trusts,” she said. “Anything that can help us have a bit more leverage in protecting these units, it is so important. As much as we can build, we also need to protect some of those affordable units that we've got out there.”

The Canada-British Columbia Expert Panel on the Future of Housing Supply and Affordability’s 2020 report recommended the provincial government develop and fund a non-profit housing acquisition strategy but the BC government has yet to act on the idea. The Union of BC Municipalities endorsed a resolution put forward by the City of Victoria that called for provincial action on the recommendation at its convention earlier this month.

Pairing Eby’s promised funding with a strategy would help ensure the money is spent effectively, Holden said. His plan doesn’t currently include an outline of a strategy to spend the half-billion dollars effectively.

“You kind of need both [a strategy and funding]—as a province, we need to be thoughtful about what kind of properties are the ones that we need to protect,” Holden said. “It's also about protecting the land that these properties are on.”

Ideally, she said, the province would work collaboratively with non-profits, First Nations and even co-ops to protect and maintain existing affordable rental housing—though she is excited by  Eby’s pledge to double capital grants for housing developments that are backed by non-profits.

“We have projects that are potentially shovel-ready where the numbers just don't work,” she said, citing escalating construction costs as well as recent interest rate hikes.

Holden also likes the sound of BC Builds, the provincial housing development entity proposed by Eby to work with various players in the housing sector.

Still work to do at the local level

Another plank of Eby’s housing platform that could be a game changer for non-profit housing is reforming the process for approving housing at the municipal level.

“Anything that helps us speed up development and reduce costs… to bring on this urgent supply is good—it will impact the rents that we can charge in the long term to keep them at an affordable level,” she said.

Holding local governments’ feet to the fire on addressing their housing needs—which Eby has promised to use to set minimum housing construction thresholds for municipalities—could also be a boon to non-profit developers.

“That's going to force them to work in great collaboration with some of the organizations working on the ground,” Holden said.

While there’s still plenty of uncertainty as to if, when and to what extent Eby’s proposals would become concrete—he is still only running for the premiership, against Anjali Appadurai—Holden is optimistic about the tone it sets for the province.

“There's always going to be some kinks when you roll out new policies [but] I don't see any giant gaps in here,” she said.

Correction on Oct. 3 at 9:45am: A previous version of this article referred to the executive director of the Greater Victoria Housing Society, Virginia Holden, by the wrong first name.