"Big Lonely Doug," the second-largest Douglas fir tree in Canada and the only survivor of a clearcut outside of Port Renfrew (Photo by Ancient Forest Alliance).

Capital Daily is part of the Trust Project
latestCOVID
TransportationBusiness
HousingGood News
"Big Lonely Doug," the second-largest Douglas fir tree in Canada and the only survivor of a clearcut outside of Port Renfrew (Photo by Ancient Forest Alliance).

October 21, 2020
Get the news and events in Victoria, in your inbox every morning.
Thank you! Your submission has been received!
Oops! Something went wrong while submitting the form. 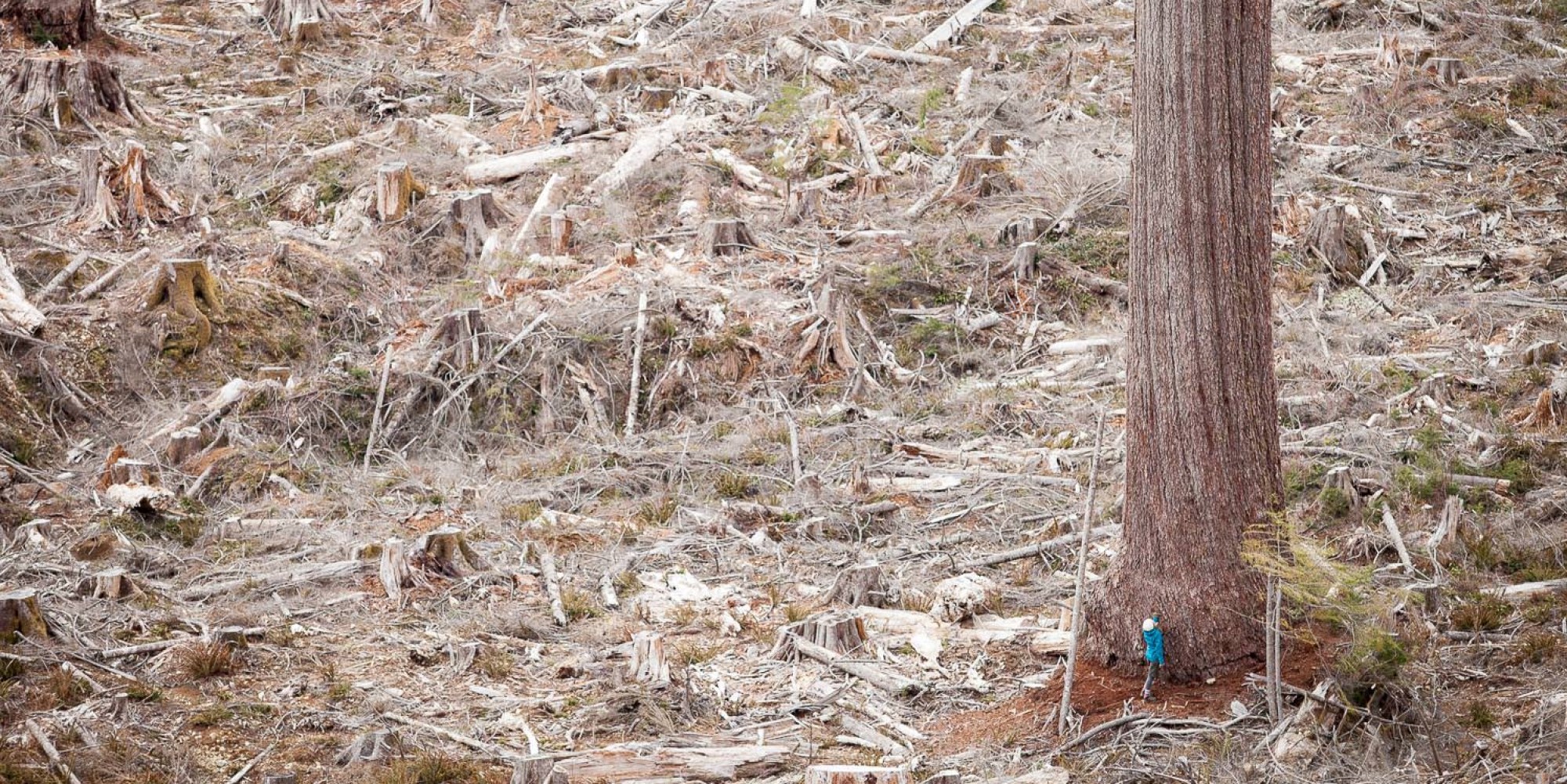 "Big Lonely Doug," the second-largest Douglas fir tree in Canada and the only survivor of a clearcut outside of Port Renfrew (Photo by Ancient Forest Alliance).

In the lead-up to Election Day, Capital Daily brings you a series of explainers breaking down key issues that have come up in the 2020 campaign. Today, Harley Gordon, a researcher at the UVic Centre for Forest Biology, breaks down what the future holds for BC’s old growth forests.

One quarter of BC forest is unlogged old growth, but that might not mean what you think.

However, only 38% of those 8.8 million hectares is considered worth logging, since much of it doesn’t contain the large trees we typically associate with primordial West Coast forests. Old growth, as defined by the province in a recent report, consists of trees that are at least 140 years old.

Here on the coast, that’s plenty of time for trees to become towering giants. Many of Victoria’s most impressive giant sequoias are less than a century old, and the tallest tree in BC is a 1000-year-old Douglas Fir near Port Renfrew that stands at 73 meters tall (over 20 stories in height). However, in the high mountain slopes of Northern BC, and within the province’s coastal bogs, trees that are hundreds of years old are still rather stunted. In the scope of the whole province, only about 3% of BC’s forests can support the largest of trees.

Some of these giant trees still face the saw

Currently, there are only about 380,000 hectares remaining of unharvested giant trees in BC. For context, the area of Greater Victoria is roughly 70,000 hectares, or about one fifth of that. And for the most massive trees in the province — the ones that are only rivaled by the redwoods in California —- there are only 35,000 hectares remaining. The municipality of Saanich is just over 10,000 hectares, so there are about three Saanich’s worth of truly giant trees left in all of the 95 million hectares of British Columbia. These ecosystems take hundreds, if not thousands, of years to develop, and as stated by Andy Mackinnon (a forest scientist who also happens to be a candidate running in Esquimalt-Metchosin), “in a time of rapidly changing climate it is impossible to say even if we left harvested areas alone for 2000 years if they will return to the way they are now.” Some of the remaining 35,000 hectares of giants are still unprotected, particularly in remote areas of western Vancouver Island and they are at risk of being logged in the future.

Logging is still a massive generator of wealth in British Columbia. The industry employees over 100,000 people in BC, and contributes more than $13 billion to the provincial GDP. In contrast, tourism (an industry often touted as a reason for protecting ancient forests) contributes around $9 billion to the GDP, while providing 137,000 jobs. Jobs within the forestry sector are also well-paying, especially when compared to the types of service jobs that rely on tourists.

While logging millennia-old forests is certainly not sustainable, it’s the most profitable form of forestry there is. Wood is often priced per cubic meter, and the simple matter is that larger trees and older forests provide more wood, so companies have always gone after old-growth forest when they can. Of the 200,000 hectares of forest logged annually in the province, about a quarter of it is old-growth. The proportion of old-growth forests being logged in BC has declined, as recently as 2003 old-growth logging made up the majority of harvested areas.

Since the onset of large-scale industrial logging in the 1960s, cut blocks have been replanted with native species bred for optimal growth, with the long term plan to re-log as soon as the trees reach a profitable size, usually between 50 to 70 years in BC. So, while hectares of second-growth forest are just now becoming available for harvesting, there is by no means a vast over-supply.

The BC Council of Forest Industries states that 38,000 forestry jobs are directly related to the current old-growth harvest. A complete moratorium on all old-growth logging would result in massive and sudden surge in unemployment, something no government would willingly do, especially during the economically uncertain times of today.

On Vancouver Island, almost a third of forests are private land and that makes conservation more challenging

In British Columbia, 95% of the land belongs to the Crown, where logging companies must pay the government “stumpage fees” for utilizing a public resource. Vancouver Island is unique in that a huge amount of the southern half of the island is private land; a legacy of the construction of the E&N Railroad, which saw massive swaths of territory handed over to coal baron James Dunsmuir, the eventual builder of Craigdarroch Castle. On these private lands, there is little the government can do to prevent extensive logging or even obtain reliable numbers on how much old forest remains.

But of the Island’s Crown forests that the government can protect, 39% is old growth (although not necessarily massive) and around half of that (or 18%) are classified by the province as being eligible to be logged in the future. And it is indeed continuing to be cut. Per year, about 10,000 hectares of Vancouver Island old-growth is cut down — that’s roughly a Beacon Hill Park-sized chunk of forest every three days. The uncomfortable reality is that if this harvest was stopped, it would be a sharp blow to the forestry sector as we know it: Mills would close, jobs would vanish and communities across the Island would become ghost towns. The industry knows it is in transition, but its ability to adapt to a world without logging old growth remains uncertain.

The political parties differ on how much old-growth to keep

The BC Liberal platform offers plans to modernize the forestry industry and ensure the BC forestry sector no longer faces the highest production costs in North America. While the party presents few details, they pledge to  “introduce legislation to protect the working forest to provide increased certainty on the land base while protecting and enhancing environmental values”.

The BC NDP platform offers a few more concrete protections to old-growth forests, where they lay out their goals to implement recommendations of the Old-Growth Strategic Review, a document commissioned by the government and released in September. The report emphasized the importance of old-growth forests, and recommended that the province continue to strengthen their protection, and improve zoning for “working” forests. The BC NDP boast of their accomplishment in protecting 353,000 hectares of old-growth in BC last month. However, this statement is a little misleading as much of that area was already under some form of environmental protection. The report also did not designate any deferral areas in the controversial Walbran Valley or Fairy Creek watershed, both on Vancouver Island.

Perhaps unsurprisingly, the BC Greens have a sizable section of their platform dedicated to forestry. They plan to end all old-growth logging in sensitive habitats in BC (like those aforementioned 35,000 hectares of truly giant trees), while offering incentives for retraining and innovating the forestry sector.

Regardless of their affiliations, all political parties do seem to recognize the importance of the forestry industry to the health of BC’s economy. No parties want to see the industry abolished, but their stances on how much old growth to preserve does vary dramatically.

Everyone agrees that BC will eventually stop cutting down old trees

Old-growth is not a renewable resource in any meaningful sense of the term.  Coastal old-growth in particular is defined as trees over the age of 240, and it’s debatable whether human logging will even be a practice anymore by the year 2260. So, the supply will eventually run out. Just as oil companies are fully cognizant of a future where their product will be obsolete, BC forestry companies all expect to one day see an era where, much like in Europe, nothing is cut down that wasn’t once planted by human hands. In the meantime, though, the conflict is over how many jobs BC is willing to lose in exchange for preserved forest.

By filling out the form above, you agree to receive emails from Capital Daily. You can unsubscribe at any time.
Harley Gordon
,
EMAIL:
TWITTER:
contact@capitaldaily.ca

Mount Cain was built by loggers—but now logging has come to the mountain
Author Lyndsie Bourgon on BC’s connection to the larger problem of timber poaching
Fairy Creek lawyers asking BC court to throw out charges based on RCMP conduct
Capital Daily visited the Fairy Creek encampment. Here’s what we found.
Is BC cutting down all its old-growth forest? 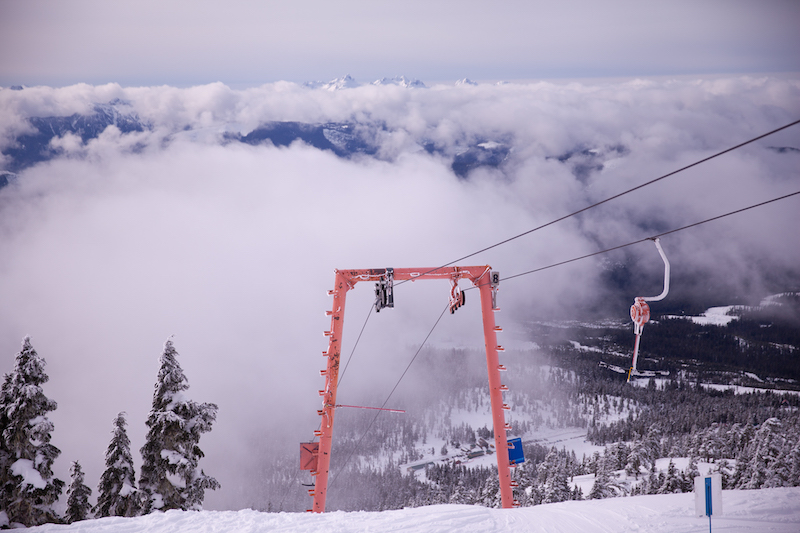 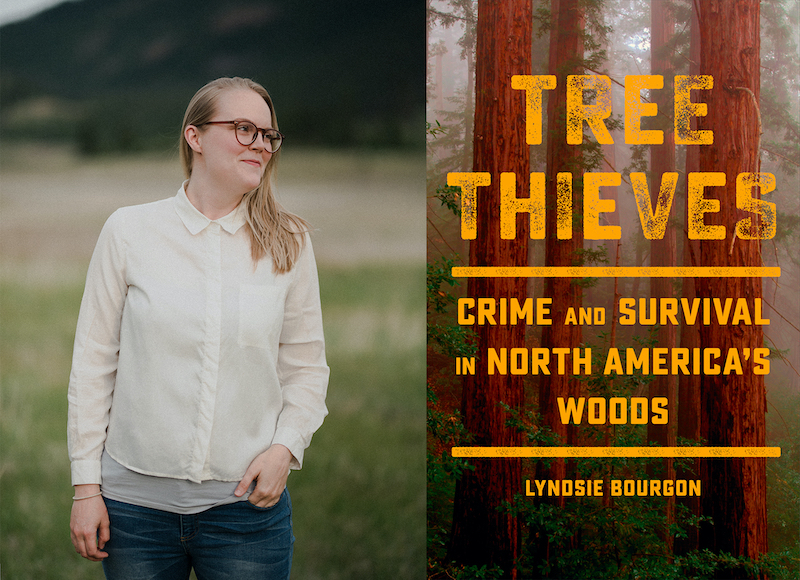 Author Lyndsie Bourgon on BC’s connection to the larger problem of timber poaching
Illegal logging is a local problem, but a lack of understanding of its causes and effects will make it worse 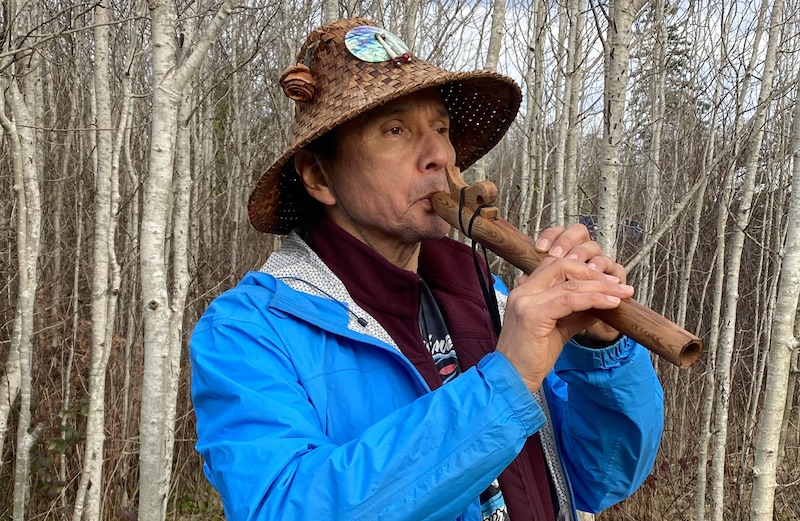 Fairy Creek lawyers asking BC court to throw out charges based on RCMP conduct
Lawyers to submit evidence of assault, unnecessary use of force, sexual harassment, intimidation and more in fight to have charges dropped