An orange haze enshrouds these sailboats anchored just off Victoria's coast (James MacDonald for The Capital).

Four Victoria lakes you can bike to this weekend
Wildfires

September 18, 2020
Get the news and events in Victoria, in your inbox every morning.
Thank you! Your submission has been received!
Oops! Something went wrong while submitting the form. 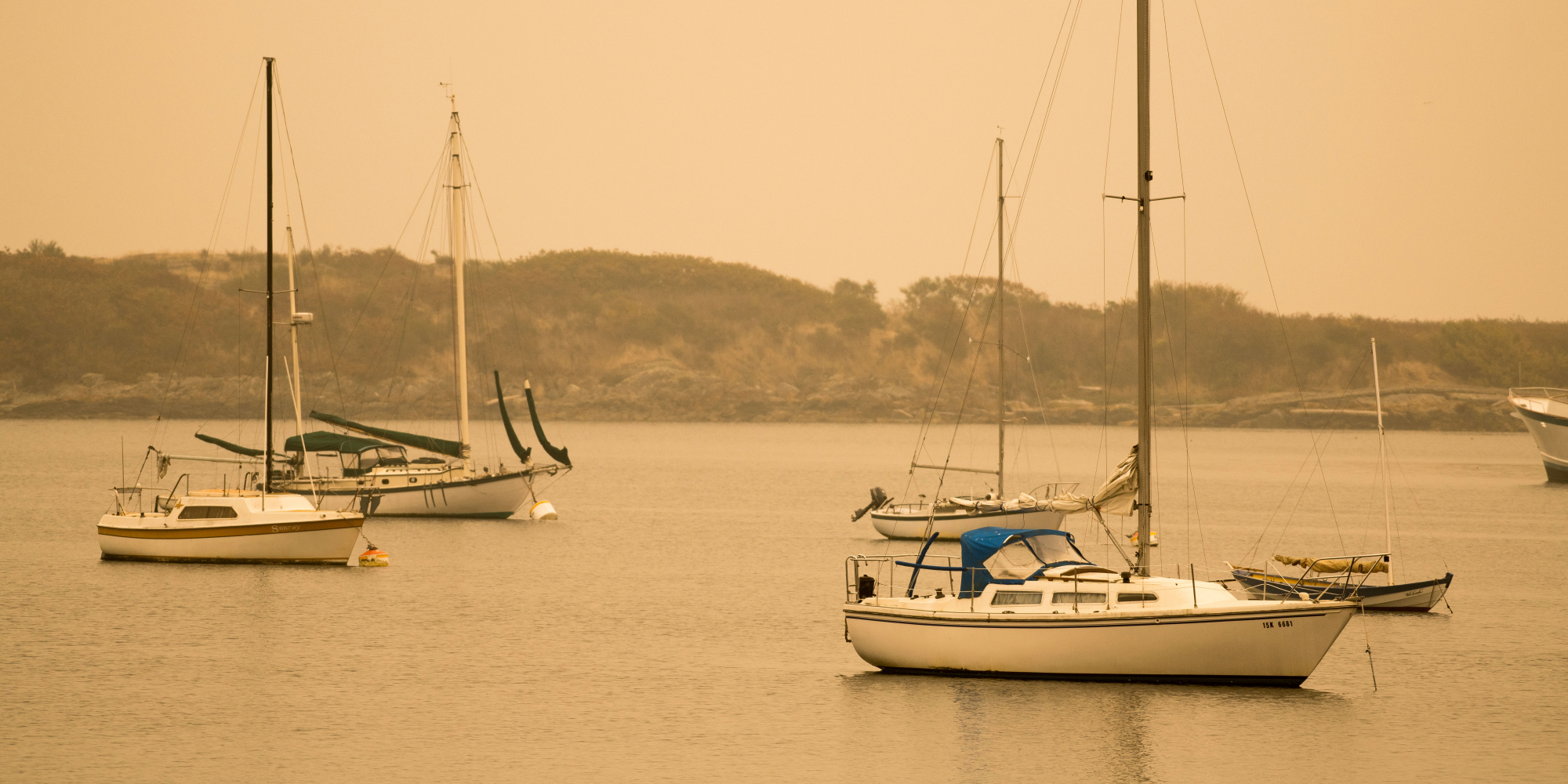 An orange haze enshrouds these sailboats anchored just off Victoria's coast (James MacDonald for The Capital).

Every year is getting hotter, which makes wildfires more intense and more common. But something else was at play in sparking the explosive conflagrations in California now blocking out our sun: Decades of environmental meddling that have now yielded the worst kind of blowback. Forestry happens to be right up the alley of our resident science writer, Harley Gordon, whose day job is as a researcher at UVic's Centre for Forest Biology. So, we got Gordon to break down what went wrong in California, and provide some lessons for how we in BC can avoid their fate.

Forests fires are not a new phenomenon

Forests have always burned, especially the forests surrounding us here in western North America. Even in the age of the dinosaurs forest fires occurred, and they were likely far more intense, as earth had higher concentrations of oxygen back then. Scientists have described the cretaceous period as a “high-fire” world. However in our modern era, fires are still an integral part of the ecosystem.

Many common tree species haven’t only evolved to handle fires, but they need them to complete their life cycle. Lodgepole pine, an abundant tree in BC accounts for 30% of the interior’s log harvests, and it has serotinous cones. This means that the tree's pine cones are sealed shut with resin. Only the searing heat of a wildfire can open them and ensure the release of new generations of seeds.

Historically, the area known as Victoria was routinely burned by people living here. These burns kept meadows open, they created areas for wild plant harvests, and they provided a better environment for hunting deer. It’s no accident that the Hudson’s Bay Company decided to set up Fort Victoria on a piece of land that had been tamed through thousands of years of intentional Indigenous burning.

There are ways to curb forest fires. California isn’t doing them.

Of the 20 largest fires in California since 1932, five of them happened this year, and 17 of them have occurred since the year 2000. Burns are getting worse, not better. Hotter and drier temperatures are definitely a factor, as I’ll explain below, but California did a lot of things to make this far worse than it needed to be.

Throughout the 20th century, wildfire policy in California (and BC for that matter) was straightforward: Stop all wildfires as soon and as fast as possible. Gone were the days of letting some fires burn themselves out and letting traditional practices like controlled burns happen at all.

It wasn’t until relatively recent times (around 1996) that policy makers and forest managers have come to realize the value in letting some fires burn in a controlled manner. Fires are a natural part of the forest, especially during the Californian summer and fall. By preventing any fires at all, there comes a build-up of dead and dry plant material throughout the forest, making the risk more severe. The widespread nature of fires throughout California history represent their disconnection from anthropocene climate change; before Euro-American settlement it is estimated that around 1.8 million hectares of California burned annually. That’s the same area burned from 2016 to 2019 in total, except that it happened every year. So according to the past records, these fires aren’t actually that bad. Of course, we can’t let things go back to the way they were; people's homes, farms, livelihoods and businesses can all be in the path of the blazes. But it’s about accepting wildfires as a natural part of the ecology, and allowing more controlled burns to prevent the worst ones.

British Columbia's forests are usually harvested in large cut-blocks; these swathes of land are clear-cut, removing all trees and leaving brown patches of stumps. By provincial order, every tree logged in the province must be replanted with the ultimate goal of achieving an economically sustainable timber harvest. But the methods of reforestation can actually increase fire risk. In a “natural system” forests are blends of trees and shrubs of many different ages and sizes, but in these artificially reforested plots the trees are uniform in size and height. They usually have a dense uninterrupted canopy perfect for fires to spread. Prescribed burning strategy aims to keep fires from getting large enough to reach the dry, windy canopy of the forests. Large homogenous populations are at high risk for a spread of disease (trees can catch fungal diseases) and insect outbreaks, like the mountain pine beetle.

Our western forest regions are predicted to warm faster than the global average, this means hotter and drier summers, obviously increasing the risk for fire. Climate change can also aid the spread of invasive and damaging insects. The pine beetle has been able to kill so many trees throughout BC largely because the winters simply aren’t getting cold enough anymore, and the warmer summers help them spread. The massive areas of forests damaged by the Mountain Pine Beetles created perfect areas for intense wildfires.

Human encroachment and activity also increases risk. When humans aren’t in the picture, fires can basically only be ignited by a lightning strike. But as suburbs push further and further into former wilderness areas, it means more opportunities for dropped cigarettes, abandoned campfires or backfiring cars to start a conflagration. Last year there were nine “notable” wildfires in BC, meaning that they were highly visible and may have the potential to cause harm to life and property. Of those nine, at least four were human caused.

As you might expect, letting whole forests burn down isn’t great for carbon emissions

For one, since the 1990s the timber industry in California has been in decline, with more forests covered by protected areas and less wood being cut and exported. This may be great for tree survival, except thatbecause of all the fires, the forests in California are net producers of carbon dioxide. The massive wildfires are releasing more carbon into the atmosphere than they are collecting.

Wildfire management is paradoxical, they are a natural part of the ecosystem, and many species require and benefit from occasional burns. But they come at a significant economic cost, and a significant risk to property and human life. Forest policy in BC is guided by the economics of the timber trade, but more and more importance is placed on re-creating “natural” and more sustainable forests environments. Unfortunately, with climate change, our forests won’t go back to the way they were before people, but with prescribed and controlled burns, it might help.

Tired of the smoke? Blame bad forestry policy
Haunting photos of Victoria under the smoke 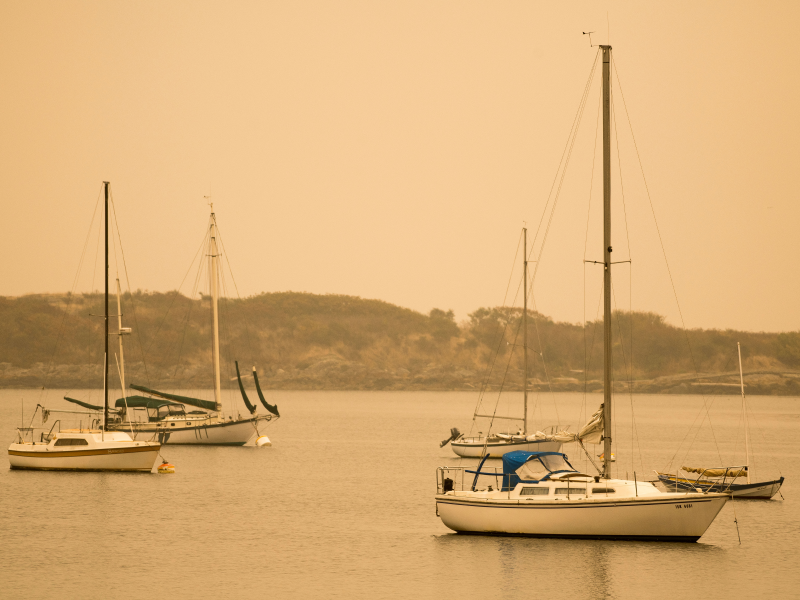 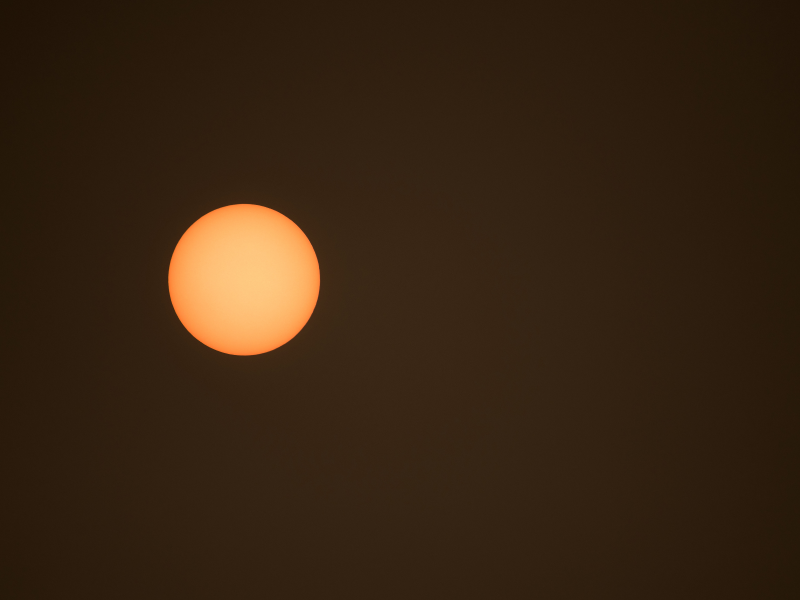