July 24, 2021
Get the news and events in Victoria, in your inbox every morning.
Thank you! Your submission has been received!
Oops! Something went wrong while submitting the form. 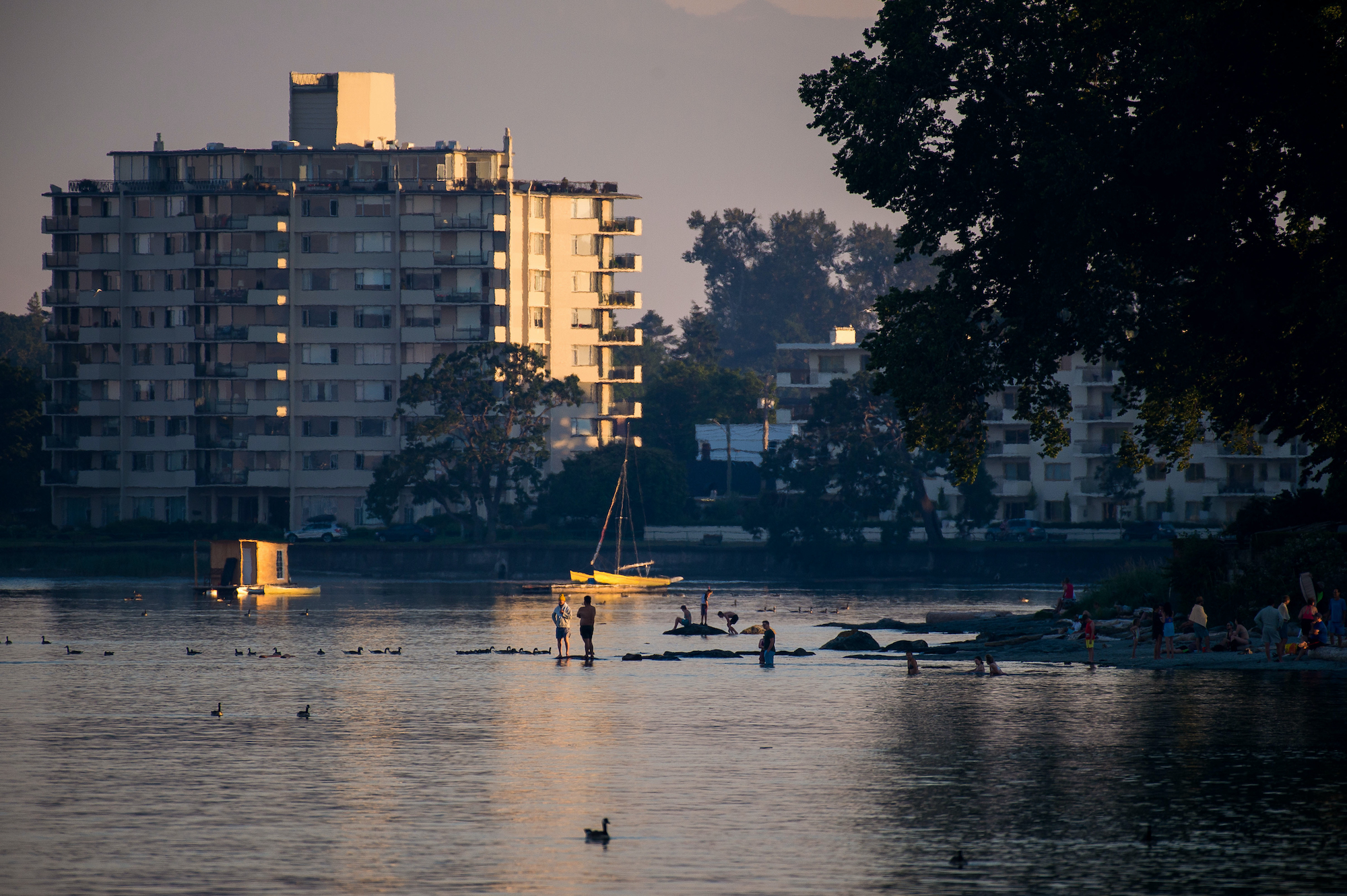 Editor's Note: Opinion pieces will always be categorized under the "Capital Ideas" tag. We are hoping that by offering a platform for informed opinion writing we can spark conversations about this imperfect city, and we eagerly anticipate hearing from people and groups on all points of Victoria's political compass. Submissions can be sent to contact@capitaldaily.ca, and should be specifically about issues of governance, city planning, politics, and the future of Victoria.

A time of housing shortage is a gift for the development industry, not only in that their product is in demand, but also because it's a public relations bonus. Demand for housing is an opportunity for developers to present themselves as saviours rather than profiteers. Positioning themselves as saviours they make community groups trying to conserve landscape look like the enemy.

This is bad news for a city's tree canopy. More bad news is the surging “urban heat island effect” caused by rampant densification. Victorians got a taste of that during the last week of June when the effect amplified the record-breaking temperatures brought to western North America courtesy of a “heat dome.”

An urban heat island results when closely packed buildings and paved surfaces trap and radiate heat. An urban forest—the denser the better—has the opposite effect. Suffering through several energy-sapping days of extreme temperatures in late June 2021, we were reminded of the difference between leafy backyards and paved surroundings, and the acronym “NIMBY” (not in my backyard) took on new meaning. Many people realized they'd rather have shade trees in their backyard than another building. Community associations are regularly accused of “NIMBY-ism,” but after the fatal June 2021 heat emergency, on the heels of 16 months of COVID restrictions, much-maligned lawns and yards revealed their true value.

How do trees cool the air? Their roots draw water up from soil and then release the moisture by transpiration from their leaves, a process that according to the USGS accounts for up to 10% of the moisture in the Earth's atmosphere. About 80% of Canadians now live in cities, meaning the vast majority of us live where this natural process is impaired. Unless agencies like community associations and conservation organizations are supported in their greenspace preservation mission, this will only get worse.

At the same time, we’re suffering a crisis of affordability—a crisis for which one proposed solution has been densification, including in this publication. But increased densification has not produced more affordable housing. The median cost of a one-bedroom apartment in Victoria in 2009 was $800, and by 2020 it was twice that. How much landscape was paved during that time? We lost both affordability and greenspace, although some housing activists suggest we must sacrifice the latter to get more of the former. The beneficiaries of that thinking are the builders.

The City of Victoria estimates it has 150,000 trees, worth over $80 million in ecosystem services plus tourism and business value. There are ever-fewer large trees, however, the sort that deliver the ecological benefits. Looking across the built landscape one sees more crane tops than treetops on the region's horizon. Big trees need big spaces, and it's often the community association or neighbourhood conservation group that works to protect natural spaces in the face of that Great Logger, the development industry.

It's not only the volume of photosynthesizing, habitat-providing leafiness that counts; large volumes of soil are also essential for a healthy environment. Plants, shrubs, trees, compost, and mulch require and reconstitute soil health. Minerals that feed plants (and us) such as calcium, nitrogen, phosphorous, magnesium, and so on, come from eroded mountains heaved up from the ocean floor by earthquakes over millennia. Calcium, which stimulates uptake of other nutrients by roots, comes from marine shells embedded in deep ocean rock. Earth sends it back to sea in soil and the bodies of post-reproductive salmon, dying in the rivers and washed down to eelgrass beds, the fish nurseries where whale food grows. In this way, even whales depend on the soil we leave un-paved. No soil means no minerals washed back to the ocean, no healthy sea life, and no orcas in the Salish Sea. It is one holistic system—soil is ocean is soil—and construction and densification tears at its fabric.

It is not enough for a city to provide a few parks; it's not enough to make do with roof-top gardens and hanging baskets. Earth herself (Gaia or Gea—the Geo in geology) needs to be dominant, tree-covered, unpaved, and seething with microbes, insects and seed-dropping birds.

Much of Gaia's work is done in large private gardens. Their preservation (as in the 19th-20th century "garden city movement") is not a matter of "privilege," it is a necessity of ecological health. Crowded low-income neighbourhoods are not to be celebrated but to be re-greened. The great British housing-for-the-poor activist Octavia Hill, 1838-1912, said as much back in London's post-industrial population boom. She realized that the unemployed folks housed through her radical schemes (what today we call “tiny homes” surrounded by gardens) benefitted as much from fresh air as from the roof over their heads. It's all about escaping “nature deficit disorder,” that collection of health and mood problems and emotional losses caused by lack of access to natural surroundings. New housing developments, to be healthy, must include generous green space. The more they include, the lower should be the tax bill and fees charged around their provision. Do we wish to reward profit-seeking or public-spiritedness in the development industry? We could even think way outside the plant-pot by giving a property tax break to private house-owners who maintain garden space rather than sub-divide it, for green-space benefits the whole public—and not only the human part.

S. B. Julian lives in Saanich, studies local history, and writes about nature conservation. Her website is www.overleafbooks.blogspot.com