Capital Ideas: Housing supply should be a priority for Victoria council and voters

Could Fairy Creek change court precedent?
The inside of the Royal Theatre. The venue was supposed to be wrapping up a run of Romeo and Juliet, but instead it's been barred to public access for more than 12 weeks (James MacDonald for The Capital)
COVID-19 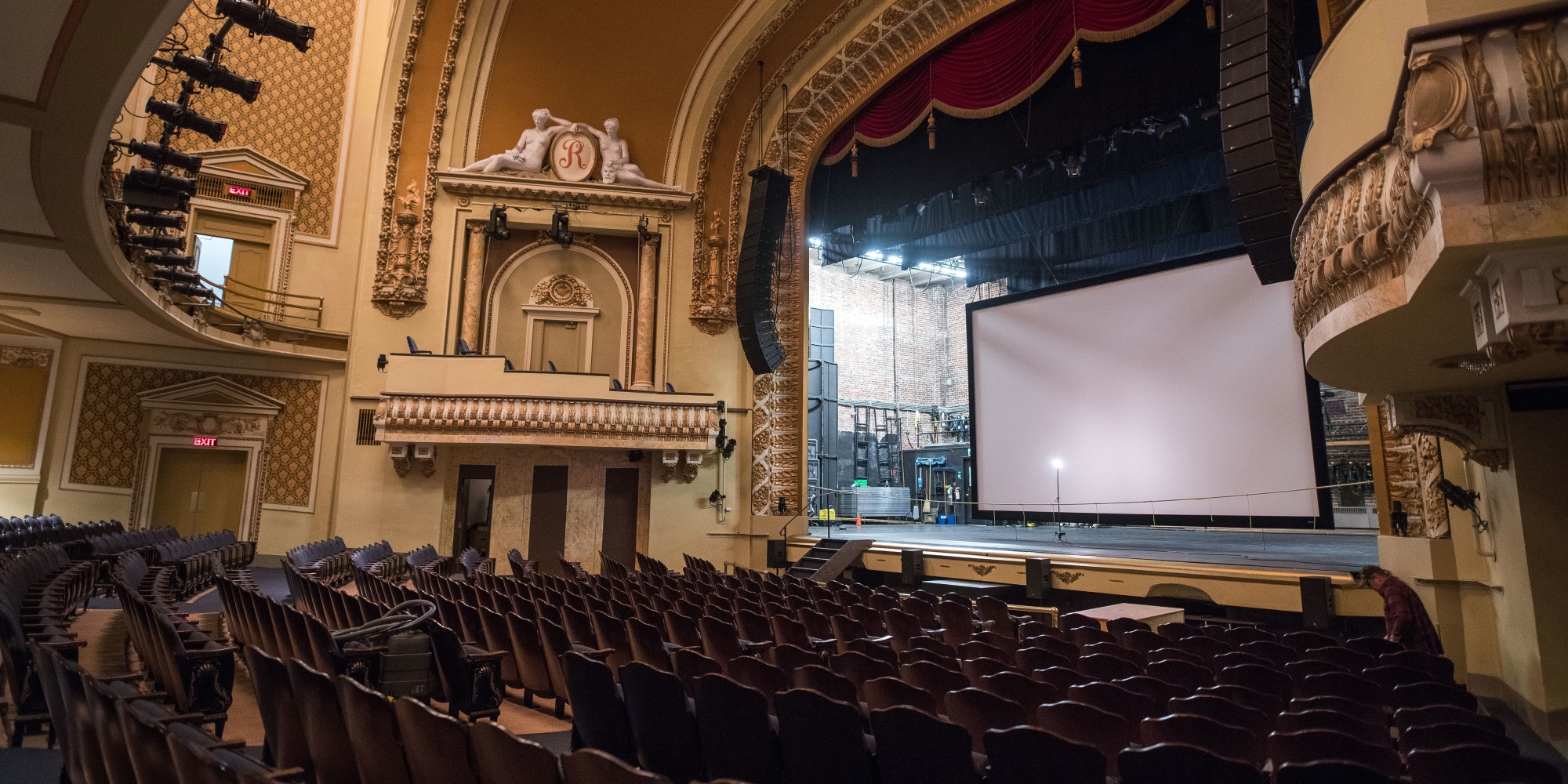 The inside of the Royal Theatre. The venue was supposed to be wrapping up a run of Romeo and Juliet, but instead it's been barred to public access for more than 12 weeks (James MacDonald for The Capital)

As activity returns to Victoria's malls, restaurant patios and sidewalks, whole swaths of public life remain trapped in an awkward limbo: Borders remain closed, the cruise ship season is officially off and hotels and resorts remain largely locked down until BC mandates the start of Phase 3. All last week, The Capital's photographer, James MacDonald, was granted access to some of the venues still closed by the pandemic to get a look at some of the places that, under normal circumstances, would be hopping with late spring activity. Below, our portrait of a Victoria still very much emptied out by COVID-19.

The wave pool at Saanich Commonwealth Place is currently completely dry. While Saanich has reopened golf courses and other outdoor sports facilities, there is still no set date for when public swimming may resume. Thus far, the evidence on COVID-19 shows it cannot be spread through properly treated pool water, but a public pool remains a coming-together of all the worst conditions for the spreading of infectious disease: Tightly packed humanity, wet air and lots of exposed skin.

Like all of BC's museums and heritage houses, Craigdarroch Castle does have the all-clear to open provided it can maintain proper physical distancing among visitors. But this is easier said than done. While the nearby Art Gallery of Greater Victoria is already back open, Craigdarroch's charm comes in part from narrow passageways, intimate stairways and cozy rooms that at this time of year are usually packed shoulder-to-shoulder with visitors. As a result, the home's grand rooms remain empty; emptier than they've been in quite some time. But staff are working towards a reopening; check for updates at their website.

Victoria is missing its usual cornucopia of unique vehicles. No horse-drawn carriages, no water taxis, no pedal-driven bar-hoppers, no double-decker tour buses and no pedicabs. For the Victoria Pedicab Company, a major part of their business is cruise ship passengers, so ever since the beginning of lockdowns they've shifted entirely to volunteering as delivery pedalers. Here, at the collection of Ogden Point shipping containers that function as their garage and shop, they're transforming two of their pedicabs into pedal-powered ice cream trucks in order to scare up some cash while the return of cruise ships remains in the balance.

Right now, The Roxy was supposed to be buzzing with preparations for the Blue Bridge Repertory Theatre's performance of Betrayal by Harold Pinter, originally set to open June 2. The theatre has already lost one entire performance to the pandemic; the first two weeks of May were to feature Saltwater Moon by David French, and they have since announced the cancellation of the rest of the 2019/2020 season. Cinemas across Canada are eyeing a soft reopening in which they would enforce strict physical distancing in their auditoriums to ensure that no strangers are seated next to one another. While that's doable for screening a movie, the logistics become much more complicated in a world where a play may only have 14 scheduled performances. For the time being, Blue Bridge is asking for sponsors to help keep afloat until the return of live theatre.

All the same problems are facing the Royal Theatre, albeit on a much grander scale. Public health authorities generally acknowledge that mass indoor gatherings will be among the absolute last COVID-19 restrictions to be lifted; and even before imposed lockdowns began, a public wary of the new virus had already begun a cautious move away from the performing arts. For now, both the Royal Theatre and the McPherson Playhouse are scheduled to remain closed until at least September 1. One of the theatres' most notable tenants, the Victoria Symphony, have already announced the cancellation of all programming into 2021.

There is at least one gym in Victoria opening its doors this week, but the measures it has taken to do so illustrate the daunting challenges of workout spaces under COVID-19. Odyssey Gym has imposed a max of 25 people, reduced hours, no locker rooms, a limit of 3 one-hour workouts per week, and a webcam on the lineup to get in so members can get a sense of the wait times. But reopening is still a long way off for the gym facilities at Saanich Commonwealth Place, so they've decided to replace the floor.

The Strath Hotel has also capitalized on the shutdowns to get some renovations done, as seen here. But they have reopened their Rooftop Patio and The Sticky Wicket with reduced capacity, strict cleaning protocols and single use menus. 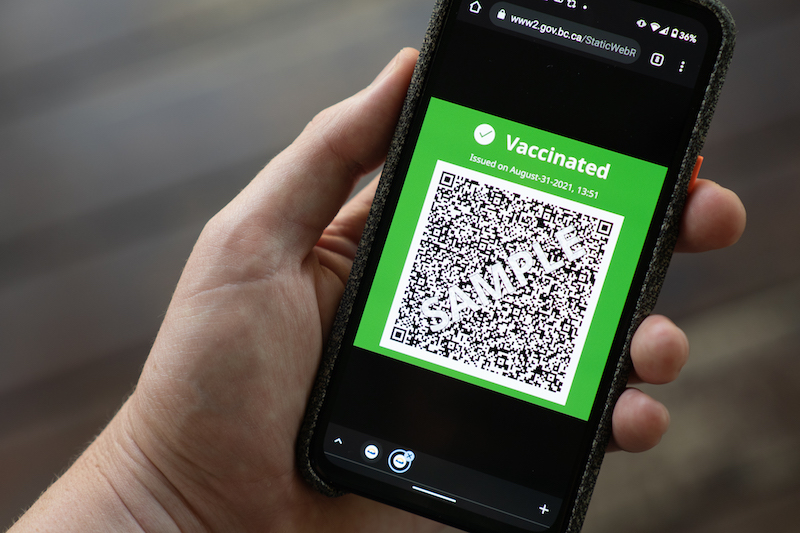 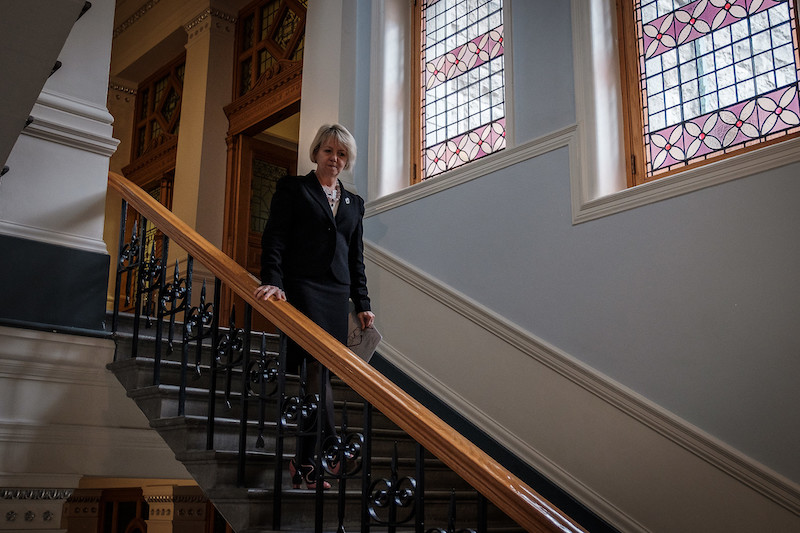 Emboldened by social media, Victoria businesses vow to fight vaccine passport
A lawsuit has been launched with “no chance” of winning while some clamour for horse medicine 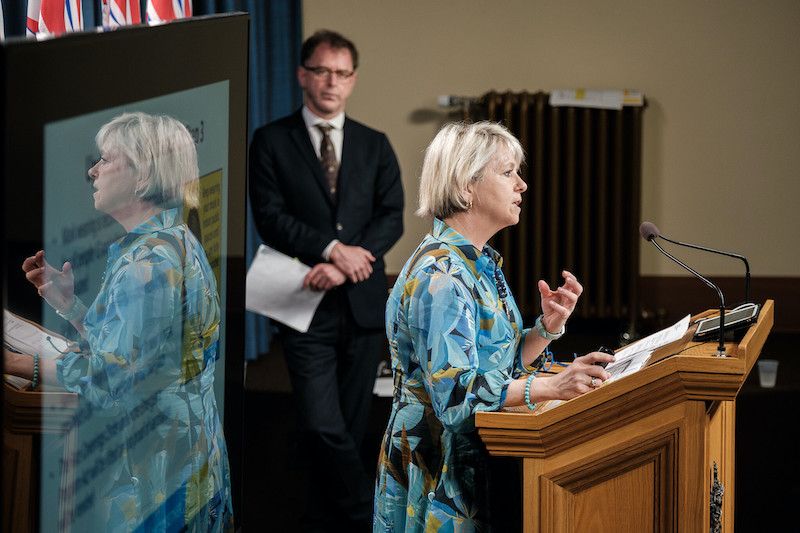 The beginning of Vancouver Island’s fourth wave is here
Every new case on the Island has for weeks been the faster-spreading Delta variant. Here's what that means
Have a tip?
Use our confidential inbox