Suspended school board trustees McNally and Paynter reinstated by BC Supreme Court
Housing
News
Based on facts either observed and verified firsthand by the reporter, or reported and verified from knowledgeable sources.

January 18, 2022
Get the news and events in Victoria, in your inbox every morning.
Thank you! Your submission has been received!
Oops! Something went wrong while submitting the form. 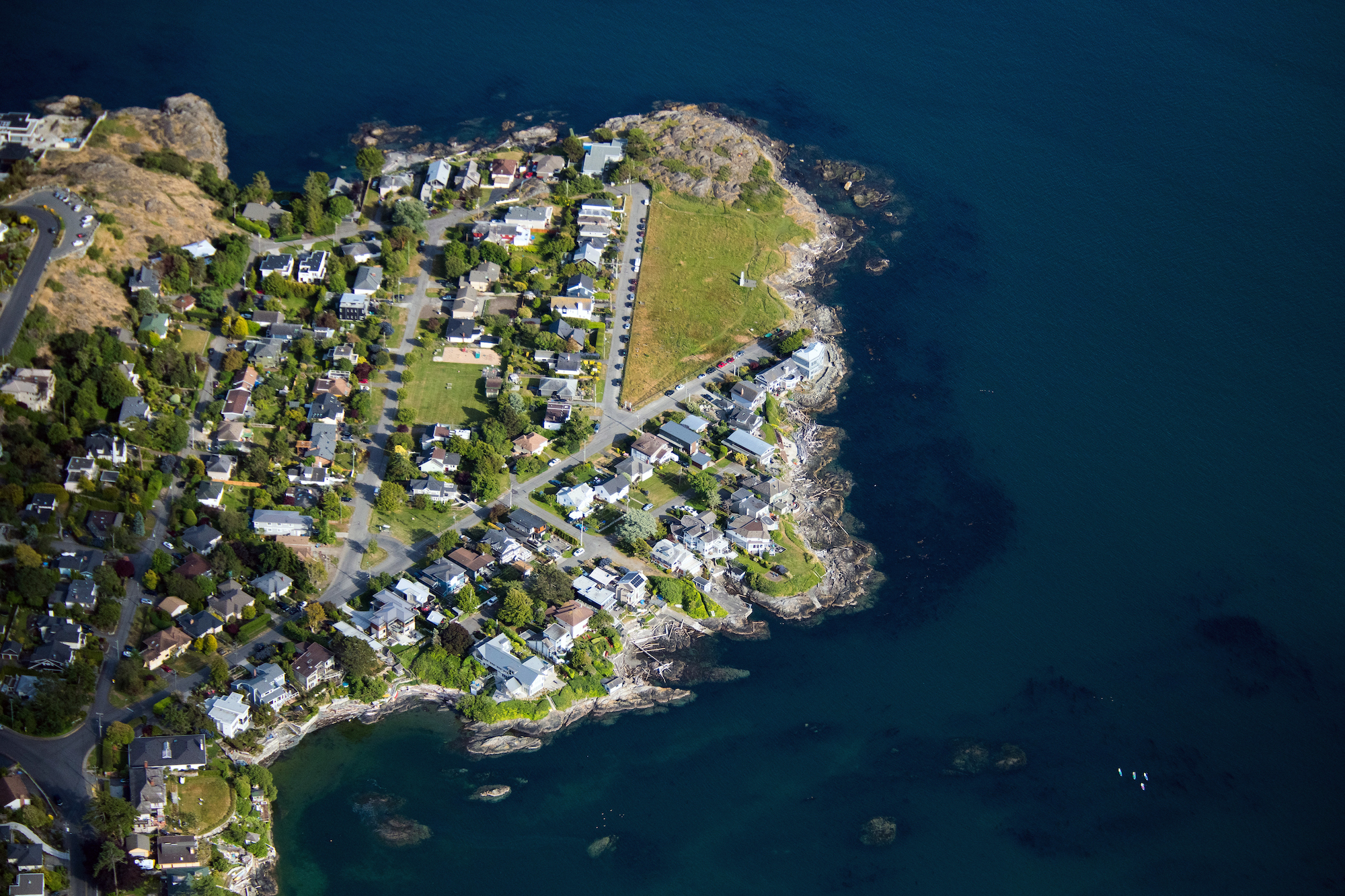 A new investment opportunity debuted in Sooke this month, and while it sold out within weeks, the comments from some locals forecasted negative returns.

The company is Addy, and it positions itself as barrier-free real estate investing, allowing regular folks to invest small amounts in residential and commercial real estate. It recently bought a slice of a small 1960s apartment building at 2068 Townsend Rd. in Sooke, with 947 investors averaging $345 each.

“We're essentially enabling regular Canadians to take the place of generally one wealthy individual who would cut a half a million or a million-dollar cheque and be the investor in these types of properties. What we're doing is essentially breaking that down so everybody can invest the way a wealthy individual can invest,” Addy co-founder Steven Jagger told the Capital Daily podcast.

The projects Addy invests in include fixer-uppers, passive investments that just collect rental income, and new developments. But they aren’t involved in any of the management or business decisions; they just invest as limited partners. In other words, they have a financial stake, but no say in how projects are managed. As important as it is to evaluate the property itself, it’s equally if not more important for Addy to make sure the general partner—the company with majority ownership and control of how the building is managed—is a good fit.

Companies like Addy are different from real estate investment trusts (commonly known as REITs) in that investors are buying into specific properties, rather than buying into a portfolio of properties and earning income from those.

"I mean, in many ways, it's not that different from a real estate investment trust," explains real estate analyst Leo Spalteholz. "But, you know, less regulated and more specific to individual properties. ... I think it's kind of a Web 2.0 spin on things."

On the Sooke property, Addy investors own about $325,000 of the building. The company is predicting a 20% return over three years, where the average investor will make $75—a return that, coincidentally, nearly matches the $25 annual membership fee, meaning investors looking to actually profit would need to invest much more than the average owner of 2068 Townsend.

Sooke property prices have jumped over the last 10 years, with benchmark prices increasing by more than $200,000 in one year, similar to the rest of the Westshore.

Some blame those increases on the way real estate is treated as an investment to flip for profit, rather than being treated as homes for living in.

Whether investors—which only recently include Addy—are to blame for rising real estate prices or not, investor-owned buildings are certainly on the rise. Statistics Canada reported that in BC, 43% of new homes (those built since 2016) are owned by investors, and 24% of all homes in the province are owned by investors.

"Like any other buyer ... they increase demand," Spalteholz says. "So in general, if there's investors participating in the market, they would push the price up."

But he adds that capital isn't exactly limited at the moment in the Greater Victoria real estate market, so the extra influx of cash specifically from crowd funded investment firms like Addy is not likely to be enough to make a difference.

But investors becoming major players in the real estate market is a problem for a few reasons, said Marc Lee, a senior economist with the Canadian Centre for Policy Alternatives.

First, it’s really hard for first-time homebuyers to compete against investors, whose assets have probably increased considerably due to the rise in housing prices, assuming they own other real estate.

“It also contributes to this broad based phenomenon we call financialization, where housing is viewed much more as an investment, and less as a place to live. And that's causing a lot of great inequality in our society. Right now, we need to get back more to thinking about housing as a human right, as shelter,” Lee said.

“It’s definitely highly preferred compared to, for example, working for a living,” Lee said. There are structural issues that push people towards the financialization of real estate, and then when there are double digit increases every single year, people begin looking at it as easy money—and want to get in on it.

Sooke councillor Tony St-Pierre says he sees “brilliant potential” in Addy. “It sounds to me like it's an opportunity for your average person in the community who has money available to invest to invest in affordable housing in their own community,” he says.

He even goes so far as to compare it to council housing in the UK, in which housing is owned and rented out by local governments—though he admits public housing is “not exactly the same sort of thing” as housing owned by a collection of private investors.

Additionally, with an out-of-town investment firm handling the payments and no requirements that only locals invest, there’s no guarantee the gains will stay in Sooke or benefit the people of Sooke.

“My concern would be it basically acting as a way to siphon real estate investment into the community—but then taking those dollars out of the community without putting anything back.”

For Spalteholz, the real harm is in the lack of purpose-built housing to begin with. The investment is only attractive because there is a seriously limited supply—a problem that's only intensifying.

"We kind of stopped building a lot of purpose-built rentals for several decades. So we shouldn't really be surprised that investors are participating in the market," he says.

Those investors may not always have the same goals as people in the community, or people who are already living in the properties they buy.

"Behaviours that maybe some people would wouldn't feel too good about—that's the investment opportunity, right?" Spalteholz says. "They're taking a building that is probably a little run down, and getting all the tennants out, renovating, and then re-renting it at much higher rents."

That, he fears, is what will happen in Sooke—something Addy hinted at in an emailed pitch to potential investors of 2068 Townsend Rd. There is no known plan to redevelop the property in the near future, but the economics of real estate investments includes a tempting potential to renovict existing tenants to achieve higher returns.

"It's quite an old building," he says. "Part of their pitch is ... 'You could make additional profit if this gets redeveloped.'" 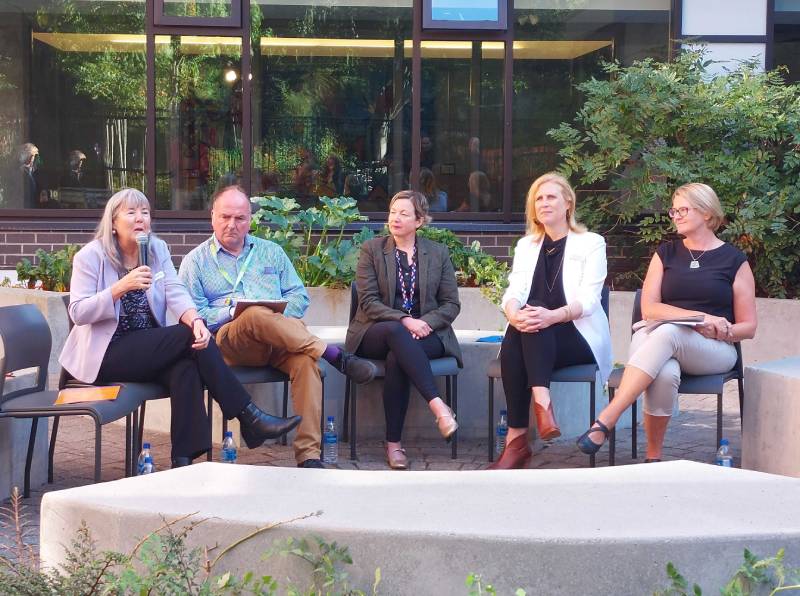 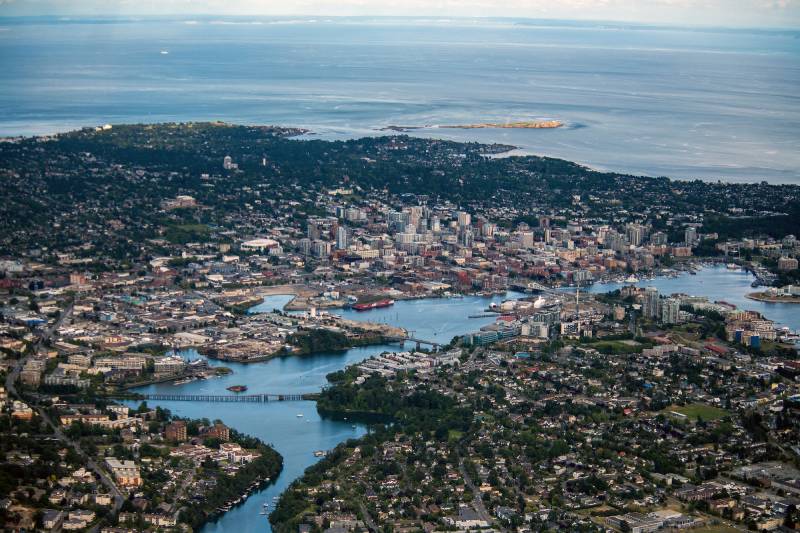 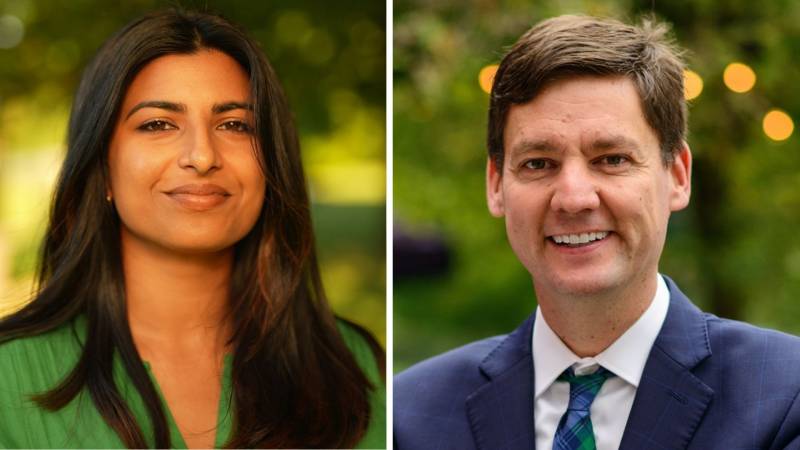