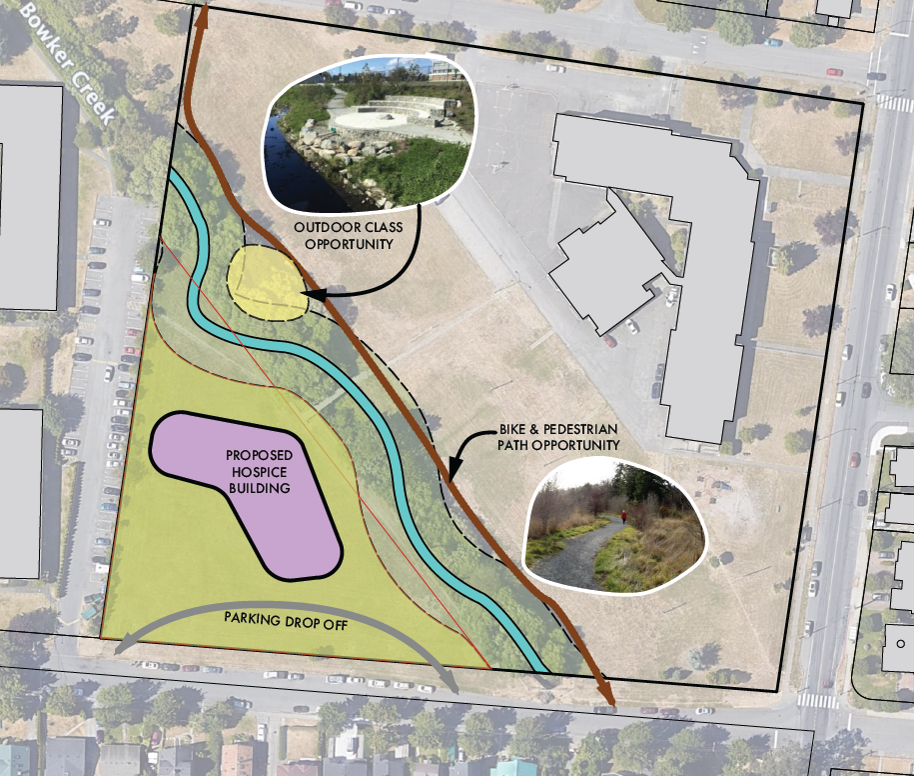 A reinstated school board trustee is expressing his “dismay” over a decision the board made during his suspension.

Trustees Diane McNally and Rob Paynter were suspended in February following allegations of harassment and bullying. Last week the BC Supreme Court ruled in favour of the trustees, and said the board overstepped its authority.

During the intervening months, the board made decisions on key issues that could have gone the other way had the suspended members not been barred from attending—decisions like the vote to sell a portion of school-owned land to Victoria Hospice.

This past Monday, at McNally’s first board meeting since being reinstated, she introduced a motion to review the board’s decisions during her and Paynter’s absence. The motion was struck down 5-4.

Since their suspension, SD61 has been embroiled in a number of controversies. The board faces a $7.2 million deficit and has been criticized for its motivations for selling land and cutting music programs. If not for parents stepping up and fundraising over $200,000 this past spring, the Elementary Strings program would have been cut.

In March, the reduced board of SD61 voted 4-3 to sell 0.75 hectares of land behind Lansdowne Middle School along Bowker Creek for $2.5 million to Victoria Hospice. Portions of the proceeds from the land sale, the board has said, will help fund renovations and seismic upgrades to Cedar Middle School and Vic High. For months, the decision to sell a portion of the land was scrutinized by the Friends of Bowker Creek—a group of volunteers dedicated to restoring the creek.  Victoria Hospice CEO Kevin Harter said in a press release that this area was a “perfect fit.”

For the Friends of Bowker Creek Society, the current proposal threatens the Bowker Creek 100-year restoration project and takes green space away from a municipality in desperate need of it. Director Susan Haddon spoke to Capital Daily in March, when the vote was taken. “This piece of school land being considered for disposal and development, and piece of evergreen space and natural floodplain, once lost, will be gone forever,” she said at the time.

Haddon said the decision effectively undermined SD61's commitment to the Bowker Creek Blueprint—a 100-year plan for the restoration, which SD61 signed in 2018. The plan was endorsed by the City of Victoria and District of Saanich in 2011, and by Oak Bay in 2012.

Victoria Hospice said that its proposal will take into account the restoration and flood management concerns, thereby meeting the objectives of the Bowker Creek Blueprint

Paynter told Capital Daily he and McNally would have voted against the land disposal. Paynter said he believes the decision was “short-sighted.”

“Our first priority has to be what the students need,” he said. “And if you look at what [Friends of Bowker Creek] have done at the Oak Bay High portion of Bowker Creek, it’s become a wonderful community resource and learning resource.”

On Wednesday, Education Minister Jennifer Whiteside accepted the land sale to Victoria Hospice—two days after the trustees were reinstated.

Paynter believes he and McNally should be able to retroactively vote on everything they missed.

“Every decision the board made during that period should be subject to reconsideration,” he told Capital Daily. “This just seems to undermine the role of school boards entirely as an element in a representative democracy.”

Paynter said he worked with a lawyer and sent a letter to staff at the Ministry of Education stating his concerns about the board’s lack of legal right to make decisions about land disposal.

His lawyer Nicholas Vaartnou believes that the government should have waited to approve the land sale. “The more appropriate route would have been for the government to have held off on any decision until after the election and then have a new Board of Education reassess it.”

If Paynter is reelected he said he’ll continue to pursue the action, and while Vaartnou said he has no direction from his client to pursue legal action, he said it seems wrong.

“In my opinion, everything that the Board did during the suspension period should be reviewed,” he said.

Ryan Painter, the board chair, said the board has not directed him to comment on the two trustees’ request.

Correction on Oct. 1 at 9:45am: An earlier version of this story said Ryan Painter declined to comment. Painter directed our reporter to his communications manager, and later clarified that he was not authorized to comment.

The story also incorrectly said the land sale was $4 million; it was $2.5 million. Further, the story said half the money from the sale was earmarked to fund upgrades to Cedar Hill. While the board has said the sale could help fund those upgrades, the money is not specifically intended for that purpose.