November 8, 2022
Get the news and events in Victoria, in your inbox every morning.
Thank you! Your submission has been received!
Oops! Something went wrong while submitting the form. 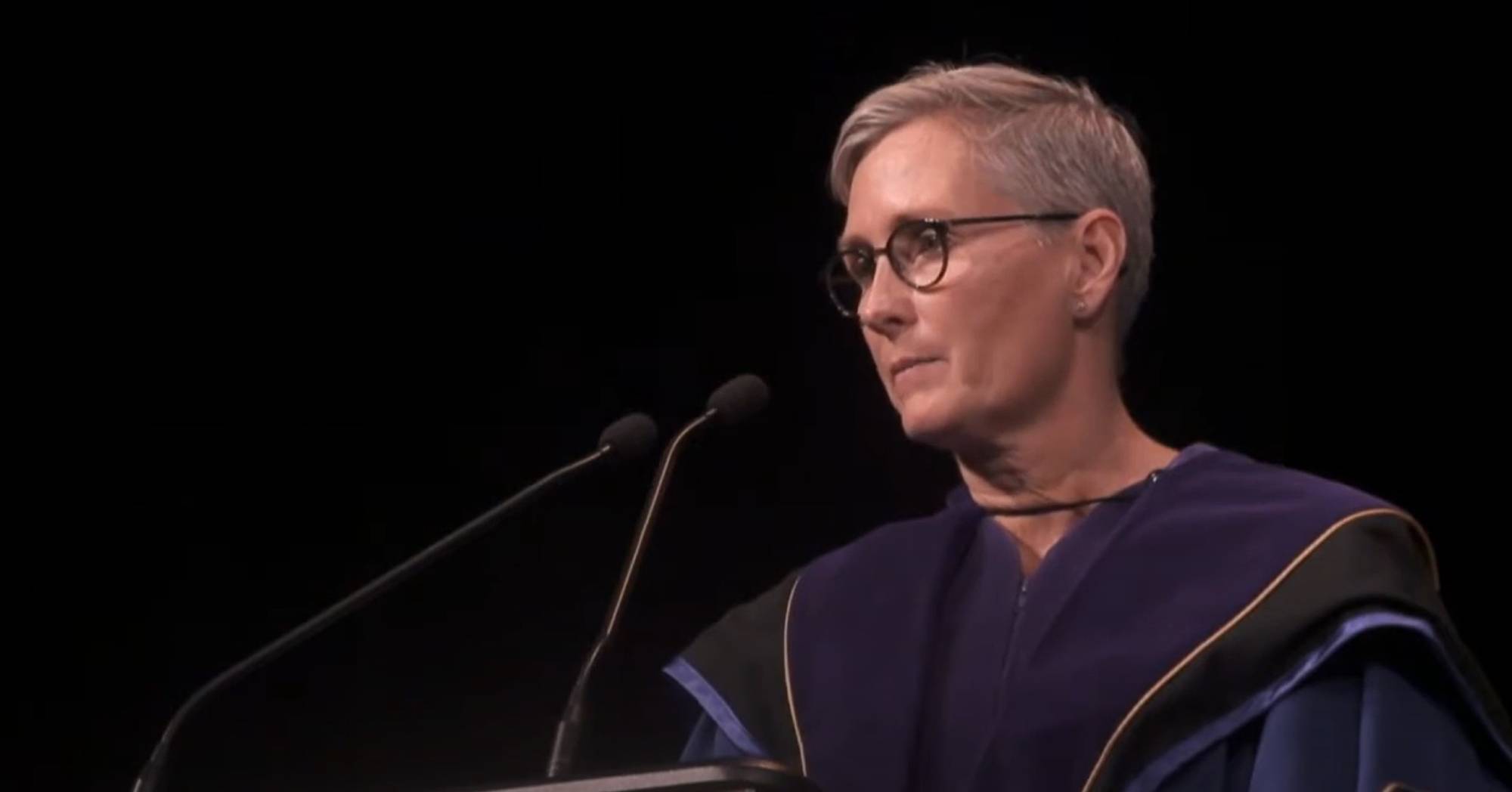 A CBC investigation from last month reported how some of Turpel-Lafond's claims regarding her Cree heritage, treaty Indian status, and academic accomplishments were inconsistent with publicly available documents.

For example, Turpel-Lafond has long said that she is Cree through her father, but the investigation said that William Turpel was born in Victoria and was the child of a white doctor, according to baptismal records, newspaper archives, and accounts of the family from the remote Northern community of Norway House, Man., where Turpel grew up.

“Every university has a process for creating an honorary degree and a process for revoking them,” said Winona Wheeler, a spokeswoman for the Indigenous Women’s Collective, which formed after the publication of the CBC investigation and are now calling for the degrees to be revoked in light of the revelations. Wheeler is also an associate professor of Indigenous Studies at the University of Saskatchewan. “They need to follow those. It will send a message out that universities are taking a stand against pretend Indianism.”

Granting an honorary doctorate to a pretendian advances colonial notions that a white person impersonating Indigeneity is worthy of an honorary degree,  said the group in a press release. “It also applauds the stolen valour of Indigenous women who have struggled for the achievements and become champions and voices for their people,” the statement continued.

Within the past two years, three professors at the University of British Columbia, the University of Saskatchewan, and Concordia University have been fired, placed on leave, or suspended after their claims to Indigenous ancestry were put into question. Universities are now faced with the challenge of identifying and verifying Indigenous identity while responding to the Truth and Reconciliation’s calls to decolonize and Indigenize post-secondary education, as reported by post-secondary-focused publications University Affairs and Times Higher Education.

With the latest controversy surrounding Turpel-Lafond, that challenge has now come to Vancouver Island. Turpel-Lafond had previously received an honorary degree from Vancouver Island University in 2013 and another from Royal Roads in 2016, two out of 11 known honorary doctorate degrees that she holds from universities across Canada.

Among a list of other achievements, Turpel-Lafond has been a tenured professor at the UBC’s Allard School of Law since 2018 and was the inaugural director of UBC’s Indian Residential School History and Dialogue Centre. Turpel-Lafond had previously served for a decade as BC’s representative for children and youth.

In a statement, Vancouver Island University acknowledged the complex issues of Indigenous identity, saying that the matter must be considered within the context of colonization.

“We will be taking the necessary time to follow proper governance, consult with Indigenous partners, and carefully evaluate all the ethical considerations pertaining to this matter,” the statement continued.

A Royal Roads University spokesperson said in a statement to Capital Daily that they acknowledge the concerns raised and will review them appropriately.

“Consistent with our commitment to truth and reconciliation, this will include consultation with Indigenous colleagues and other members of our community,” the statement read.

At the time, Royal Roads put out a public statement on Twitter saying that the university was “deeply disturbed” by the comment and were considering “next steps” regarding Wilson’s honorary degree.

Just last month, Royal Roads University revised its policy on honorary degrees which had not been changed since 2017 to include a section detailing how and why honorary degrees would be revoked. The newly added section states that a revocation may be considered in situations where maintaining an honorary degree would be harmful to the university’s reputation or found to be in conflict with university values.

The briefing note for the board of governors meeting where the change was decided stated that the decision to revise Royal Roads’ honorary degree policy to include policy on revocation was to help the university mitigate financial and reputational risk.

“Should RRU not have a policy that clearly details selection criteria, eligibility, and that provides RRU with the ability to revoke the honorary degree, the financial implication might be that students decide to attend elsewhere,” the report continued.

Royal Roads University did not respond to questions about whether the Wilson’s degree was revoked or when it was revoked before this article was published. But Wilson no longer appears on the list of 2010 honorary degree recipients and website materials related to Wilson have been removed from Royal Road’s website.

VIU’s policy on honorary doctorates does not state the condition for revoking an honorary degree. There is no separate policy on that matter listed on VIU’s website.

Neither VIU nor Royal Roads responded to follow-up questions about what that process will look like for their deliberations of Turpel-Lafond’s honorary degree and did not provide a timeline as to when that would be completed.