Four Victoria lakes you can bike to this weekend
City Hall
Explainer
Provides context or background, definition and detail on a specific topic.

February 1, 2022
Get the news and events in Victoria, in your inbox every morning.
Thank you! Your submission has been received!
Oops! Something went wrong while submitting the form. 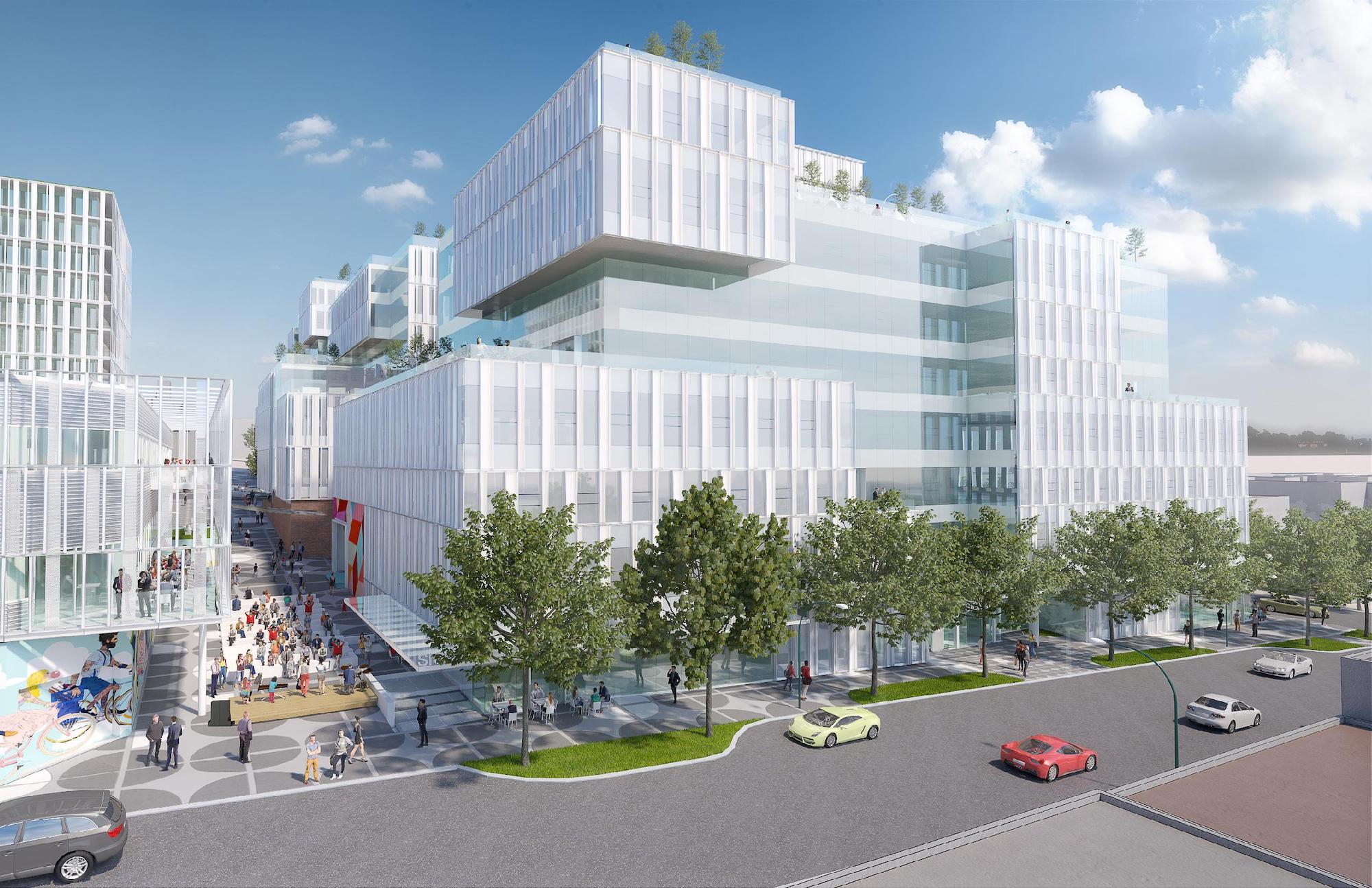 The face of Saanich’s Uptown corridor could look markedly different in the next 20 years if a new plan, currently awaiting a public hearing, comes to pass. Dubbed the “Uptown-Douglas Plan,” it reimagines the municipality’s traffic-heavy core as a high-density hub—not only for transit, but for residential and commercial space.

The plan centres around the Uptown Mall area, between Huxley Street and Tolmie Avenue to the north and south, and Calumet Avenue and Harriet Road to the east and west.

At the heart of the district’s plan is a search for an answer to a peculiar predicament: despite its status as the largest municipality on Vancouver Island (114,148 people lived there as of the 2016 census) and despite its fast-growing population, Saanich lacks an identifiable core.

“We also have relatively few services or businesses or commercial centres in Saanich; it’s primarily residential, and in fact, partially rural... So it is a unique challenge that we face,” says Saanich councillor Rebecca Mersereau.

The municipality is betting on Uptown—with its access to the Galloping Goose and Lochside Trails, its proximity to Swan Lake, and its shopping centre—to fill the void. Saanich has already predicted the Uptown Douglas neighbourhood’s population (4,364 in 2016) will more than double in size by 2038.

“In the Uptown area, there are not only a tremendous number of services nearby that people can access very easily—and in fact, more easily than they can by car—but it is such an easy travel distance to downtown by transit, that it’s so conducive to much greater density than we currently have,” Mersereau says.

What’s proposed in the changes?

Density, first and foremost. Already home to an estimated 10,000 jobs and 4,364 people, Saanich expects the Uptown-Douglas corridor’s commercial space will further grow in lockstep with its population. Saanich’s plan puts forth “a mix of compact, multi-unit residential housing including affordable non-market and market rental,” and pitches higher-density commercial, industrial, and residential spaces across the map.

Perhaps the most visible change may come in the proposed reimagining of Oak Street.

“The notion is to transform that street into what might be considered more of a downtown promenade—a place where people like to gather,” Mersereau says.

“That vision is really contingent in many ways on also attracting additional density to the area, so there are more residents nearby to frequent those kinds of businesses.”

Also on the list of changes is adding to Saanich’s urban forest. At present, most of the Uptown-Douglas area has less than 5% tree cover. (The conservation nonprofit American Forests suggests a healthy baseline for downtown cores is between 15 to 25%.) Saanich has set a target of 20% urban canopy coverage, which the municipality hopes to achieve by redeveloping surface parking lots and establishing street tree canopies—including native trees, like Garry Oaks—along boulevards.

One of the core features of Saanich’s Uptown-Douglas Plan is a “landmark multi-modal transit hub,” which would link not only to BC Transit routes, but also connect with the Galloping Goose and Lochside Trails. (The plan, in renderings, has taken inspiration from the future Saint-Denis Pleyel train station in Paris.)

The plan also contains a nod to the potential future integration of light rail transit—though Mersereau says the responsibility lies with the province there.

“We are, in many ways, in a back seat position... So our role with this Uptown-Douglas corridor, vis-à-vis rapid transit, is to make sure that the plan that's in place will accommodate that future use and really enable it to be successful,” she says.

What are the main obstacles?

Any wishes of walkability will have to contend with fifteen lanes of traffic shared between Douglas and Blanshard Streets. By the time both streets arrive at Uptown northbound from Victoria, they have become highways: the former, part of the Trans-Canada heading onward to Nanaimo above the Malahat; the latter, the Patricia Bay Highway running north along the Saanich Peninsula to Sidney and Swartz Bay.

But there’s a catch: Both highways fall beyond the District of Saanich’s control—instead, they’re overseen by BC’s Ministry of Transportation and Infrastructure.

“So that really limits our ability to create an environment where people want to slow down, stay for a while, rather than immediately drive through the area,” Mersereau says.

Before Saanich could make any changes to either highway, the district would need approval from the province. Saanich council has also explored the possibility of acquiring control of the roads.

Much of Saanich’s vision for an Uptown core with revitalized public space involves private partnership—a concept that, while increasingly common in cities around the world, comes with its share of concerns. Privately-owned public spaces, notes UNSW researcher Dr. Mike Harris, are “completely antithetic to the definition of public space”: often patrolled by security guards, where visitors can be asked to leave for something as innocuous as taking a photo.

“You have to behave according to certain rules that can be quite limiting, which don’t exist in normal streets and public spaces,” Harris adds.

But Mersereau says that will be hard to avoid.

“In this area, for example, we already have a deficit of parks and publicly-owned municipal green space, compared to most neighborhoods in Saanich. Rectifying that is one of the goals of the plan. But as you can imagine, at today's real estate prices, that is not easily accomplished.”

One solution Mersereau has proposed is to close down Vernon Road—currently the northbound lanes of the Patricia Bay Highway, from Saanich Road to the Municipal Hall—and convert it into a public pedestrian space.

“It's a blank canvas in terms of what you could do with it,” she says.

That, too, would require negotiating with the provincial government.

“It's a little bit of a leap of faith. But again, we're talking about 20 or 30 years down the road where we expect automobile usage is going to be significantly different than it is now,” Mersereau adds. 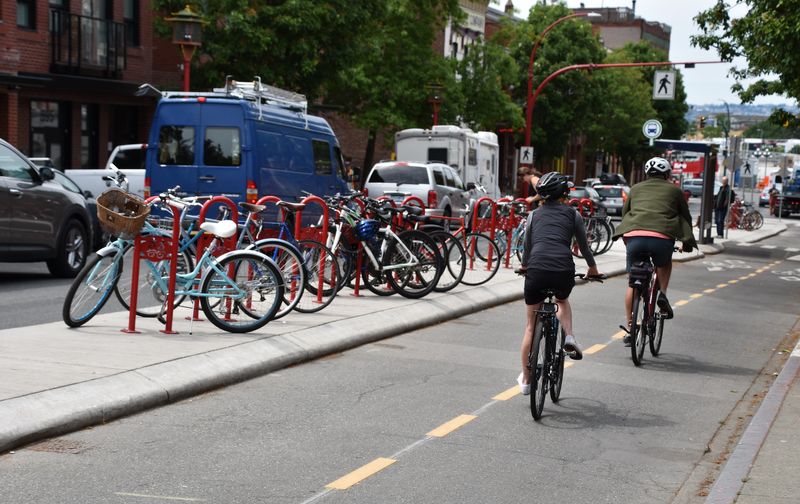 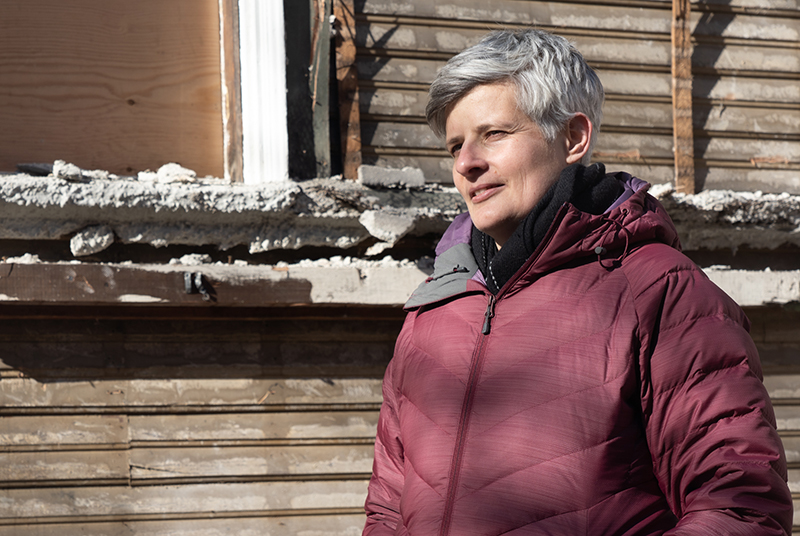 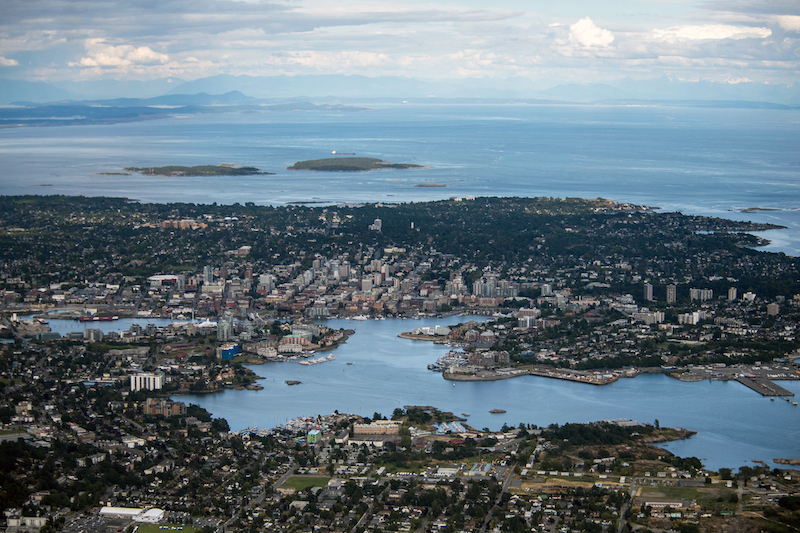