January 11, 2023
Get the news and events in Victoria, in your inbox every morning.
Thank you! Your submission has been received!
Oops! Something went wrong while submitting the form. 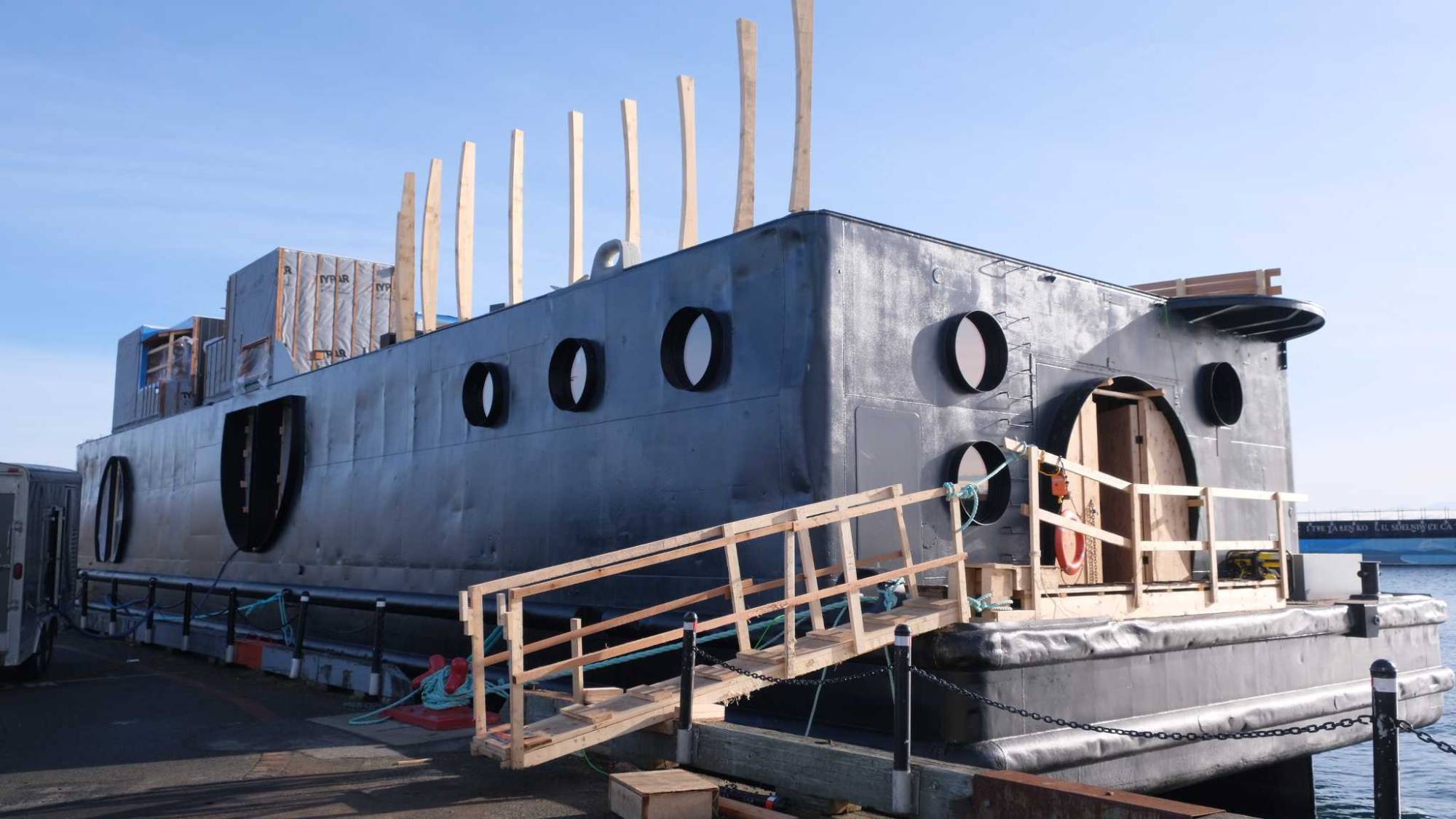 This story has been updated after the proposal was approved.

Victoria may soon be host to a two-deck floating sauna at Ship Point in the Inner Harbour.

Victoria council gave final approval to rezone the area for recreational usage and to kick off the development process. The vote was unanimous, and the facility could be open by the late spring.

The CEO of HAVN Saunas—which submitted the proposal along with Varm Experiences Ltd.—says he wants to provide more options for people to socialize that don’t revolve around booze.

“There needs to be more spaces that are designed and built with the purpose of captivating people, making it easier for people to connect with each other,” Nicholas Van Buren said.

Van Buren had previously built a sailboat sauna for personal use near his home on the Gorge. That became a wildly popular experience— with his friends that came over for the experience. This proposal, which was first sent to the city in March 2022, is intended to bring the experience of mellowing out in a sauna with a waterfront view to the larger public.

It’s not an unheard of experience: a larger and more elaborate water attraction like the one being proposed in the Inner Harbour has been operating in Montreal’s Old Port since 2010. Bota Bota, a former ferryboat-turned-Scandinavian spa, features 5 decks and a capacity of 250.

The WW2-era American barge on which the Victoria sauna is being built is currently tied up at Ogden Point, undergoing improvements. Van Buren is hoping to finish construction this spring and the barge would then be moved into place at Ship Point Marina.

Van Buren’s sauna could become part of a long-awaited effort to make Ship Point more inviting to the public. Mayor Marianne Alto has championed the redevelopment of the Ship Point lands in her mayoral campaign.

A substantial part of Ship Point’s buildable land is covered by an “impervious and sterile” parking lot, as it is described in the city’s Master Plan for the area. The plan, which was received by council in 2018, calls for more greenspace such as a sloping, terraced lawn as well as a permanent festival pier as part of potential improvements to the area.

“If we want our downtown [harbour] to be parking lots and an airport, then we can just do that,” said Van Buren. He quotes the city’s plans for Ship Point, which he said has been going through endless paper revisions since 2001: “Let’s make it a park, with music stages, green areas, and a cafe.”

And, it goes without saying, a sauna.