December 22, 2022
Get the news and events in Victoria, in your inbox every morning.
Thank you! Your submission has been received!
Oops! Something went wrong while submitting the form. 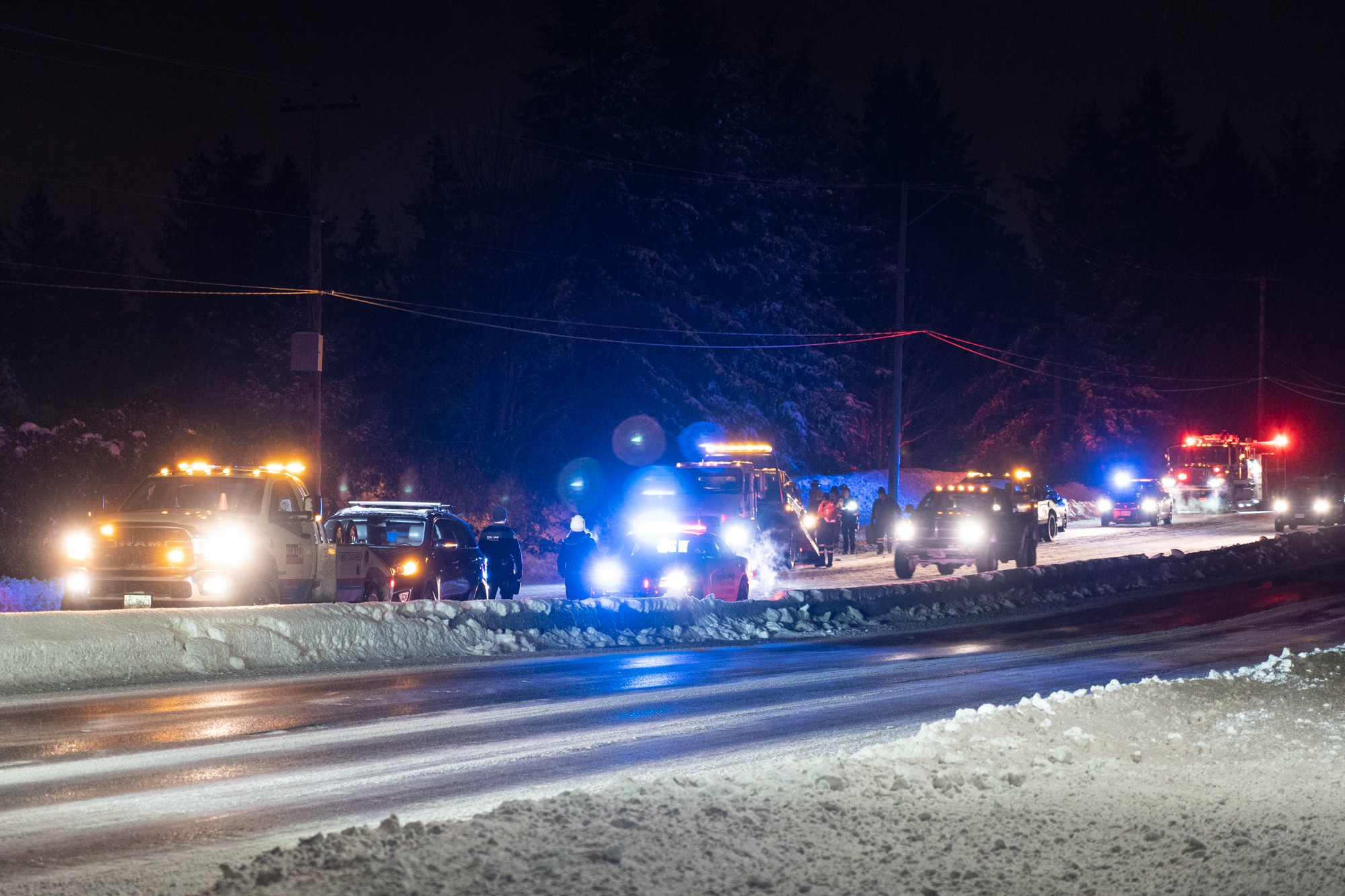 The combination of the snow already on the roads and another inbound storm means slippery, dangerous roads with poor visibility leading up to the Christmas weekend—and the province is asking people to stay home unless absolutely necessary.

The weekend is one of the busiest travel days of the year; the most popular days for BC Ferries before Christmas were expected to be Dec. 20-23, while they’re expecting another rush on Dec. 26 and 27.

“I know many people have plans to travel to their friends and families. But these are very dangerous conditions and we want to make sure everyone is safe,” BC’s emergency management minister, Bowinn Ma, said in a press conference on Thursday afternoon.

“What we're anticipating over the next 24 to 36 hours, may result in extremely icy conditions. We're asking people to be extremely cautious when they leave their home and go out to travel. If they don't need to travel, please don't.”

Transportation minister Rob Fleming was also on hand to lend his take—which was equally stern. “My ministry is strongly advising against any form of travel from tonight through Saturday,” he said.

A moist Pacific weather system is set to collide with the cold air that’s currently settled over the Island, and that moisture will fall out of the sky, first as about 20 centimetres of snow, then transitioning to rain. Freezing rain is going to take over from the snow overnight Thursday, then rain is expected to follow, creating a skating rink on top of the snow. Conditions will be particularly bad on the Malahat, the Alberni summit on Highway 4, but many other routes will be affected, the province said in a traffic advisory posted on Thursday.

The province is advising anyone travelling this weekend to pack a winter survival kit. Any commercial vehicles travelling over the Malahat are required to have chains on their tires starting Thursday night.

Vancouver Island could see power outages from freezing rain coming into the weekend as well.

There have been dozens of power outages on the South Island in recent days due to increased demand, downed trees, and other weather-related issues, but the freezing rain typically presents a whole new set of problems.

Bobby Sekhon, a meteorologist with Environment Canada, warned in the press conference that the ice adds weight to structures like power lines. “So this is a very hazardous phenomenon,” he said. He also predicted that in parts of the province, like the Fraser Valley, the freezing rain could linger longer than expected.

The freezing rain will turn to plain-old rain sometime this weekend. But that won’t be the end of it, Sekhon cautioned. Not only could it cause flooding—which Ma said her ministry has prepared for with pre-positioned sandbags in parts of Vancouver Island—but the roads will not immediately improve.

“It can also create very slippery conditions, slushy conditions and continue to be really hazardous for driving,” he said.