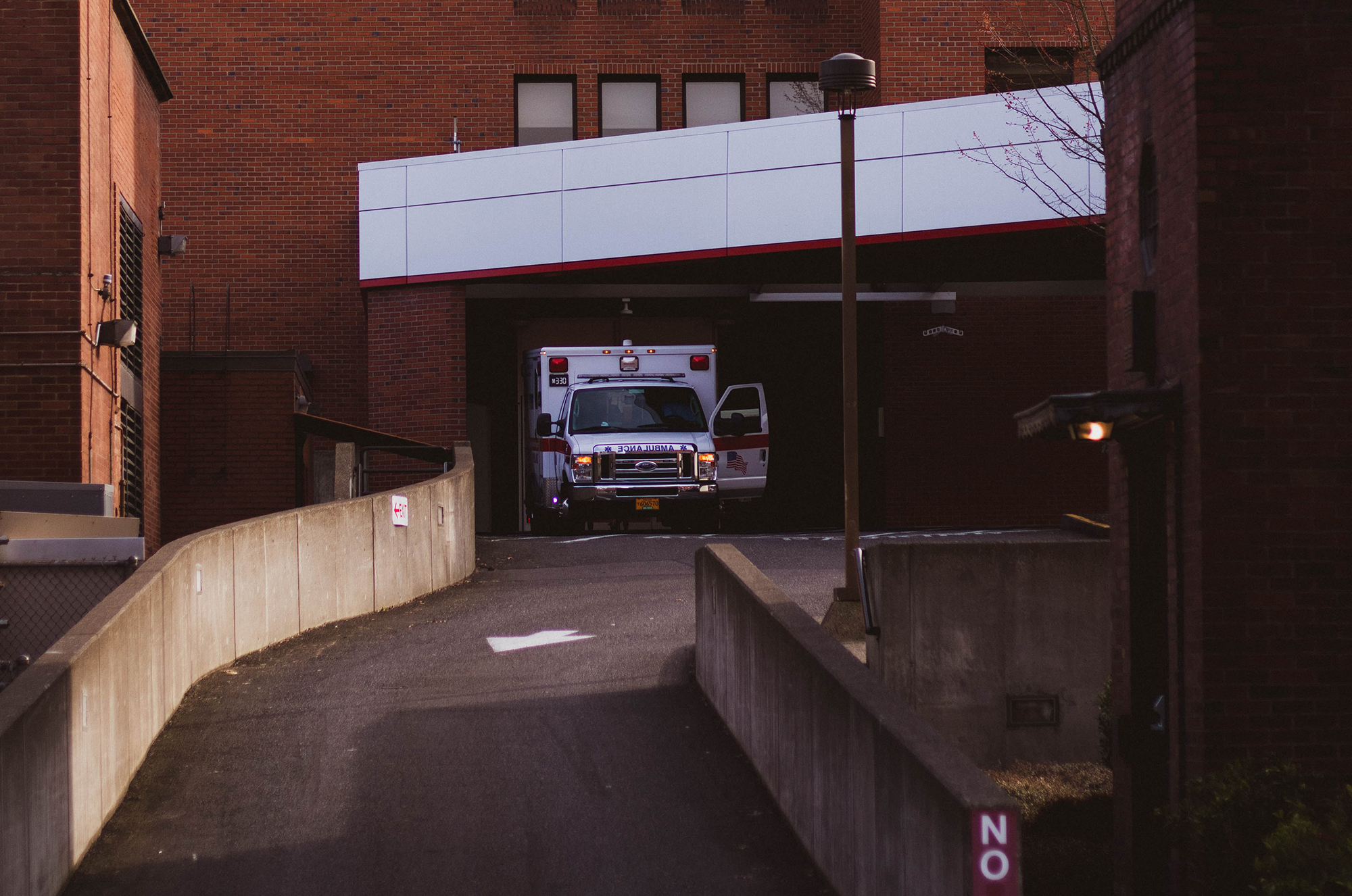 Gregory still loves his job as a paramedic, after 11 years in the service. But the job has taken its toll on him.

When Gregory, whose name has been changed out of concern for his job, began his paramedic career in Port Renfrew, it was not unusual to go a week without getting a call. As a part-time paramedic on so-called “kilo pay,” that meant he was barely making money: Gregory didn’t live in town so he would commute from Victoria, three days’ worth of groceries and clothes in hand, and come home days later with only $2 for every hour he had worked, a small fraction of minimum wage.

Part-time paramedics across the province are struggling under the same burdens. An outdated on-call pay system, coupled with an extra stressful year, is chasing the first responders away and leading to severe staffing shortages throughout the province.

That lack of staff in turn is putting British Columbians at risk from slower response times—in the Lower Mainland at one point in early December, a third of ambulances were out of service due to staff shortages.

“I think there’s still a majority of us who are still passionate about our job, but some have given up, have lost that passion,” Gregory said.

Currently in BC, many part-time paramedics—especially those in smaller communities—are paid on the kilo pay scale. That means during a shift those paramedics earn only $2 per hour until their pager goes off. Once a call comes in, they get bumped up to their normal rate of pay for a minimum of four hours.

In smaller stations on slower days, this can mean kilo paramedics only earn $2/hour for their entire 12- or 14-hour shift.

New paramedics who don’t have any seniority yet have to do their time at one of the smaller ambulance stations where they aren’t likely to get many calls. But quiet days can happen anywhere.

“All these years I’ve had side jobs–even have had to dip into three jobs (at once) to supplement my income. It’s a stretch,” Gregory said. “And you haven’t got a clue what your paycheque is going to be at the start of the month.”

Now he’s stationed part-time in Greater Victoria where the calls are more frequent, but the unpredictability of his paycheques has added financial stress to an already stressful job.

According to the Ambulance Paramedics of BC (APBC) union, 75% of BC communities do not have a full-time ambulance and rely on an on-call service model. The union says kilo pay is making it difficult to retain and recruit paramedics, especially in rural areas.

BC Emergency Health Services maintains that there is no sudden shortage of paramedics in the province and resources are looking good. Last month, BCEHS added 55 more ambulances to the province’s fleet—10 of which came to the Island—to help respond to the pandemic and overdose crises. Two air ambulances were also added to Vancouver Island’s fleet.

The union says the big influx of ambulances has been helpful but APBC president Troy Clifford is adamant there are not enough paramedics to cover all the shifts.

“I can say unequivocally that it is not a true statement to say there’s no staffing problems,” Clifford said. “We have significant staffing and workload challenges in the province.”

Clifford says in October and November alone, some communities in the province had more than 50 vacant paramedic shifts, leading to critical delays in response times on some days. This past weekend, 30-40% of the ambulances in the Lower Mainland were out of service due to unfilled shifts. In Haida Gwaii, paramedic Kristi Schmitz was on shift for 44 days straight between September and October to ensure the community had coverage.

Vancouver Island’s staffing problems are not as pronounced as in other parts of the province because it is a highly desirable place to live, according to Clifford. But a Central Saanich paramedic remembers a time not long ago when there were “we’re hiring” banners on the sides of Greater Victoria ambulance stations.

Andy, whose name has also been changed to protect his job, says when he used to be fully available, about a quarter of his shifts didn’t get any calls. Andy only takes about two shifts a month now; the unpredictability of his schedule and paycheques was too much for him and somewhere along the line he lost his passion for the work. He’s now working full-time in a completely different field.

“Having to deal with the kilo pay, sitting at a station for a 14-hour night shift wearing a pager, not getting called out, making $28 just didn’t cut it. It wasn’t going to pay the bills. Yeah, I had to go with a paying job.”

In 2017, Gregory ended up on unpaid stress leave for four months. Juggling three jobs as well as financial and work stress led him to a diagnosis of sleep deprivation psychosis.

He says the service has guidelines about leaving eight hours clear between paramedic shifts and other employment, but he’s had to bend that rule many times just to make ends meet.

“I’ve heard of other people who are booking off stress for weeks and sometimes months, and a little bit down the road, they just end up quitting.”

Clifford says for the most part, part-time paramedics do not receive sick benefits, which also hurts recruitment efforts. However, he says paramedics receive compensation for mental health-related issues through WorkSafe BC.

This year, the stresses of the job have been greater than any year to date. The pandemic coupled with the overdose crises and paramedic shortages is a triple threat leading to an increase in paramedics taking stress leave, Clifford said.

According to the union, there has been a 37% increase in work-related and interpersonal stressors this year over last. The critical incident stress peer defusing team and management programs have also seen a 30% increase in use this year compared to 2019, and the number of people using these programs has gone up by 19%.

Kilo paramedics can respond from home as long as they are ready to hustle to the station when their pager goes off. Gregory says this makes sense in rural areas where there are far fewer calls and paramedics often live close to the station already. But in larger municipalities, the system costs first responders precious minutes.

Even if one paramedic is already at the station, they have to wait for their partner to arrive before responding to a call. There are currently no restrictions on how far away an on-call paramedic can be from the station while they’re scheduled for a shift.

“That’s what really bothers me about this whole thing is that we’re putting patients’ lives at risk by having them wait for us,” Andy says. “If it’s a serious call like a cardiac arrest, that patient isn’t going to fare well having to wait for an ambulance.”

Gregory hangs out at his station during his shifts because his home is half an hour away. When a call comes in, he quickly gets changed into his uniform, ensures the ambulance is ready to go, and waits for his partner to arrive, which can sometimes take up to 20 minutes.

Andy says the kilo system was introduced in the ‘70s when part-time paramedics were volunteers. At the time, volunteers raced to each call hoping to beat another crew in order to get paid. “And the kilo pay system has never ever disappeared.”

Paramedics do a lot of movement between communities and ambulance stations throughout their careers. All positions are based on seniority, so green paramedics start out in small, rural stations like Port Renfrew and move on to busier stations after they accrue enough hours.

James, whose name has also been changed to protect his employment, worked as a paramedic for five and a half years before getting a full-time position, and like many from the Victoria area, commuted to Vancouver by ferry each week for his four days on. It took him two and a half years of doing this for a position to open up on Vancouver Island that he had enough seniority to land.

“I’ve got a half a dozen friends that commute from Victoria to Vancouver,” he said. “A lot of people will just move over there, which you know, if you can do that, great. But a lot of people have life circumstances, families, spouses, or partners that makes it impossible for them to relocate for two or three years to make that jump.”

Clifford says most full-time positions are in Vancouver because there’s a constant need, but sometimes paramedics are able to make the jump directly into places like Kamloops or some of the larger northern communities—places where the demand for jobs is lower. He says right now, it takes part-time paramedics about three or four years to score a full-time job.

For Gregory, the need to start out in Vancouver has been enough to keep him from applying for a full-time position all these years. Commuting to Vancouver or renting a place there would be too much money, he says.

“Here I am sitting in an urban setting with no inclination to go full-time,” he said. “Full-time includes going to Vancouver where housing’s through the roof and if you choose to commute [from Victoria], you spend pretty much all of your money commuting, paying for rental places that you’re only using half the month and on ferry costs and so on. You end up coming out the other end broke.”

Starting in the new year, BCEHS will begin phasing in a new part-time model called scheduled on-call (SOC). Under this model, paramedics would stay at the station and be paid their full wage for their entire shifts.

Kilo pay is still here to stay, but SOC, along with additional full-time positions, will replace the foxtrot system. Foxtrot is similar to kilo but paramedics receive minimum wage for pager duty, rather than $2.

Scheduled on-call is being rolled out first in some rural stations, which have historically relied on part-time on-call positions in order to create a more stabilized workforce in the areas that need it most.

Clifford is optimistic SOC is a step in the right direction but says it does not solve the greater structural issues. The current system is just not sustainable.

“We don’t want to incite any fear in people,” he said. “We want to reassure them that we’re there, but we do have challenges.”

Gregory says he’s still passionate about the work, but after 11 years of financial worry, he’s planning his exit strategy. Once the pandemic ends, he will seek higher education and leave the service in favour of contract work or maybe flight medicine.

“People are leaving our service in droves and jumping ship to the fire department, police departments and nursing and even medical schools, too,” Gregory said. “There’s no incentive to stay.”