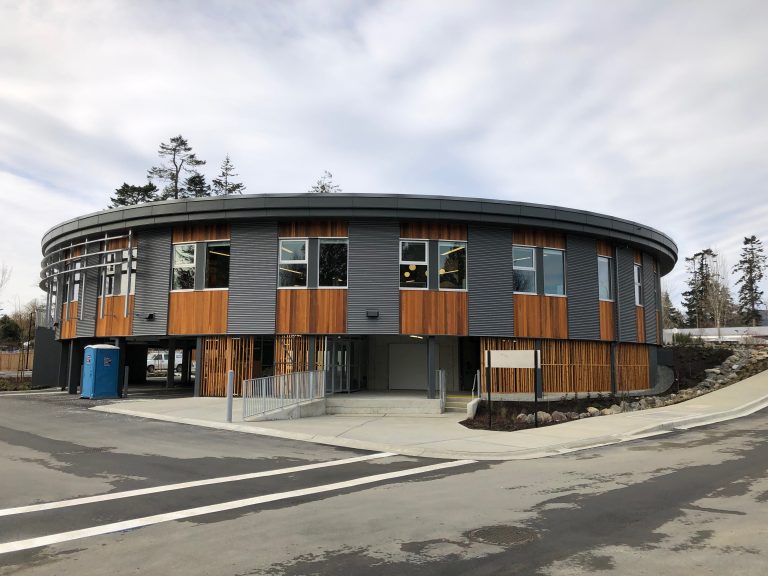 The Vancouver Island Regional Library (VIRL) will soon be wrapping up its month-long public engagement efforts hosted in 36 different communities spanning Vancouver Island and the BC coastline for its upcoming strategic plan.

While details have not been released, the regional library system—which includes the Sooke and Sidney/North Saanich libraries—has said on its website that inclusivity and diversity, safety, accessibility, and community-centered connections are areas that VIRL says it hopes to tackle in its next strategic plan.

The population that VIRL serves is spread all over: engagement sessions began earlier this month at the Bella Coola library—which shares a building with the community’s co-op store on the Sunshine Coast—and will conclude today at the Gabriola Island Library, located in a relocated Vancouver 86’ Expo pavilion in the island’s village centre.

The past two years saw many changes in how VIRL libraries functioned. The library system moved further beyond its physical walls, providing online educational support for schoolchildren and digital care packages to seniors living in care homes. Last year, VIRL removed library fines for all of its lending materials. But at the same time, the library system put on hold plans for a new library in Campbell River due to soaring costs amidst inflation and supply chain issues.

The newly-hired Gabriola Island librarian Kendra Runnals says that she is looking forward to the public engagement event: it will be her ninth day on the job.

“It’s good timing, because I’m going to find out what the community here wants before I start planning the programming and everything for this branch,” Runnals said. She has previously held roles at VIRL Libraries in Courtenay and Duncan.

“It’s just amazing how Vancouver Island Regional Libraries differ from branch to branch, because the communities are so different,” Runnals said.

Libraries have evolved into much more than places of books and learning; they are one of the few places where anyone can go to sit, escape the elements, and access bathrooms, power outlets, and computers.

To Runnals, the main role of a library—no matter what community it serves—is to facilitate the free access of information, whether that’s obtained through books or through library programming. “No matter what kind of program or event or anything we put on: it doesn't matter if you're a member or not. It's free access,” Runnals said.

Libraries also serve a social purpose of being the hub of a community where everyone is welcome, with no cost of entry, Runnals said. “How many places can you go where you don’t have to buy a drink or something to hang out?” she asked.

The Gabriola Island library serves an artistic community—the island boasts one of the highest artists-per-capita areas in BC—but the island has a population of low-income single parent families and its school-age children have lower student literacy levels than the provincial average .

“Free literacy programs: I can’t wait to start those up,” Runnalls said.

To provide services like these and more at 39 branches, VIRL currently has an annual budget of just over $33 million, which it hopes to grow to $34 million by 2027. This September, library trustees voted overwhelmingly to increase municipal and regional contributions to the library system by 8.1%, which consists of about $27.5 million of VIRL’s 2023 budget. Now, they are looking to finalize their strategic plan on how they will spend that money for the next five years, with the plan set to be approved by January 2023.

VIRL is also collecting public engagement online in a survey where respondents can have their say on what the system should be doing on issues like safety, accessibility, promoting literacy, and supporting economic development.

Earlier this year, unionized VIRL librarians went on strike for seven weeks over pay gaps and stagnating wages. They also called for more support in creating safer workplaces, with some arguing that libraries are increasingly tasked with filling gaps in the social safety net, as previously reported by Capital Daily.

“Our health and safety, including our mental health, should be a priority,” read a letter sent by the 48 striking librarians to the library trustees in March at the start of the strike.

With files from Jolene Rudisuela