Most BC residents think pandemic was not managed well: independent review
Municipal
News
Based on facts either observed and verified firsthand by the reporter, or reported and verified from knowledgeable sources.

October 29, 2022
Get the news and events in Victoria, in your inbox every morning.
Thank you! Your submission has been received!
Oops! Something went wrong while submitting the form.

Marianne Alto will be sworn in as Victoria mayor on Nov. 3, heading a council table full of new faces after 12 years as a city councillor herself.

Alto decisively defeated fellow councillor Stephen Andrew to win the mayoral race by a margin of more than 6,000 votes, a result that somewhat surprised the low-key longtime politician.

“I tried really hard to be really brutally honest about who I am and what I think and what I want to do,” Alto told Capital Daily of her successful campaign. “And for whatever reason, that's what [Victoria voters] elected.”

Alto ran on a platform stuffed with references to existing city policies with promises to accelerate and expand them. Her campaign emphasized her experience in local government and promised voters balance and progress.

If some of those voters feel they are not very familiar with the city’s new leader, outgoing mayor Lisa Helps would not be surprised.

“Unlike most politicians, she is very understated—she's not somebody to throw herself in front of a camera or take up a lot of space in meetings talking,” Helps said of her successor, whom she endorsed during the election campaign.

“Don't interpret that understatement as lack of passion, lack of desire, lack of ideas…she is full of ideas and knows really, really well how to turn an idea into a direction to staff, and into action,” Helps added. “And that really is about good governance.”

Good governance was a bit of a buzzword this election—the first time Alto can remember the phrase being a winning campaign issue. She spent a lot of time talking to voters about the value of taking a calm, rational approach to the issues facing the city and believes it resonated.

“That's part of good governance…being able to understand the utility and importance of the mundane,” Alto said. “The service delivery, the potholes, the sidewalk improvements, all those things that, if they go well, they're invisible, as they should be. I think it's something that we can't forget, and we have to really make a priority the next couple of years.”

Chris Coleman, who is returning to the council table for his seventh term after a four-year hiatus, has already spent six years at the council table with Alto. He described her as a thoughtful, approachable listener who is well-suited to guide council away from “playing politics,” as he put it, and toward a cohesive approach to governing the city.

“Politics is all about division—governance is actually about binding disparate groups together, hopefully for some noble purpose and the linchpin to that is communication,” Coleman said.

Coleman believes the outgoing council alienated some residents with the pace of its policy direction and gaps in how those policies were communicated, a stance with which Alto generally agrees.

“I don't think the majority of people had a lot of difficulty with what was done…[but] I do think people were challenged and somewhat overwhelmed at times with the pace at which it was done,” she said. “So I think there has to be, perhaps, an adjustment or a moderation in our expectations of speed.”

Orientation for this year’s election winners in Greater Victoria began last week, giving old hands a refresher and new faces a chance to start climbing the steep learning curve they will need to navigate as they transition from the campaign trail to the council chamber. Victoria’s new council—composed mostly of people new to politics entirely— is going to have to do a lot of learning, even once they’ve found their seats in the chamber in the coming months.

Still, there are plenty of priorities ready for swift action, according to Alto.

One of those is implementing a code of conduct for the council chambers, as recommended in the governance review released in the summer.

“It's not that complicated and it's not about behavior management—it's about setting expectations for civil discourse,” she said, noting that she and Coleman previously attempted to introduce a code of conduct but failed to find support from previous councils. “It’s certainly a standard I intend to set initially, immediately and firmly. This is going to be about reasoned debate—disagreement is fine, passion is fine, but…you're respectful. It's not about the individual, it's about the issues on the table.”

Alto would also like to find ways for council to use its meeting time more efficiently and bring an end to proceedings pushing past the normal 11pm cut-off. She is also supportive of an idea that had been included in Andrew’s platform: allowing land-use permit applicants to address council directly during committee of the whole meetings. Doing so could help speed up the development process by allowing applicants to answer “what-if” questions from council—about, for example, the feasibility of design changes—which city staff are not always well-equipped to answer.

“There should be a way for there to be a limited series of questions that—if the staff doesn't have the capacity or the facts to reply—there would be an opportunity to ask that of the applicant,” Alto said.

When it comes to priority projects, Alto has two ready to go: the redevelopment of Ship Point and upgrades to Crystal Pool.

With plans already in the works for both projects, making progress over the next four years should be relatively easy, Alto believes.

Beyond that, her vision for Victoria—which she sees as recently evolved from a big town into an actual city—is about balancing the city’s strengths while embracing the change and growth Alto sees as inevitable.

“We have to plan, as much as we possibly can, how that is going to change,” she said. “We have the ability…to build in a new way and in a realistic way, in a way that anticipates and welcomes a growing city,” she said. “I believe Victoria is a city and it's a good thing, something that I embrace.”

Achieving Alto’s vision will require action on both the local and the regional level. The mayor-elect is excited about returning to the Capital Regional District board of directors, where she previously served two terms as a representative for the city.

“There's so much the region has to look at, and not just leave it to the city,” Alto said. That includes regional transportation priorities as well as the future of policing—an issue on which the stage is set for significant change after Esquimalt voted this summer not to renew the shared policing agreement with Victoria. The town is now in the process of determining viable alternatives to the arrangement that has been in place for two decades.

On the local front, the new council will revisit the controversial Missing Middle Housing Initiative (MMHI). Alto sees room for further amendments to the policy—the previous council already reduced the allowable height of MMHI developments and doubled required contributions from developers who fail to meet affordability metrics—especially with the province, under incoming premier David Eby, expected to set benchmarks for local governments on housing construction.

The proposed provincial legislation makes modest changes to zoning, increasing the allowed density by roughly half what MMHI proposed. Ideally, Alto would like to see Victoria go above and beyond whatever expectations the province sets with a focus on addressing affordability.

“Obviously, the more we can build, in theory, the more effect we'll have on prices,” Alto said. “At the same time, that's probably not enough…So we have to not just build a lot of units—we have to stipulate how those units are built, where they're built, and for whom.”

Several of the new councillors Alto will be working alongside spoke in favour of the city’s proposed policy during public hearings, but not all are ready to vote in favour.

“I have some concerns,” Coleman told Capital Daily. “I also think we need to ask some questions because we want to embrace density but there are some foundational questions about the carrying capacity of the land…it’s a deeper discussion than, ‘Should we pass this policy or not?’”

Victoria’s housing policy is set on a solid foundation, according to Alto, who sees further progress on addressing housing affordability in the city as a mix of setting reasonable but effective requirements for development.

Council comparison: How easy is it to keep an eye on council chambers from the comfort of home?
‘I believe Victoria is a city and that’s a good thing’: Alto aims for transformation with intent
Students sparse at UVic early municipal voting despite efforts to encourage youth vote
What are they running for? A local government explainer
UPDATED: VIVA Victoria fires communications manager over allegations of sending misleading ‘Island Health’ email
Island rail investment, free transit for some teens, and the right to clotheslines: final resolutions from the Union of BC Municipalities convention

Council comparison: How easy is it to keep an eye on council chambers from the comfort of home? 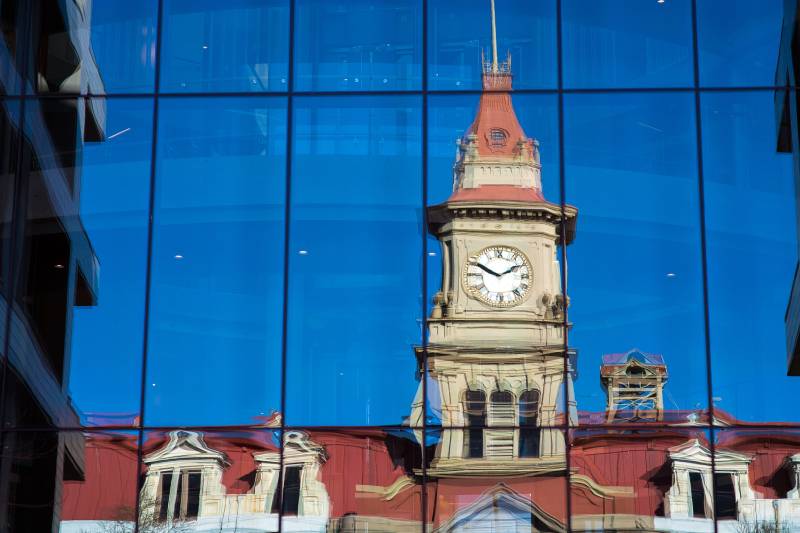 ‘I believe Victoria is a city and that’s a good thing’: Alto aims for transformation with intent
Long-serving councillor has an ambitious vision for Victoria as well as an eye for moderation 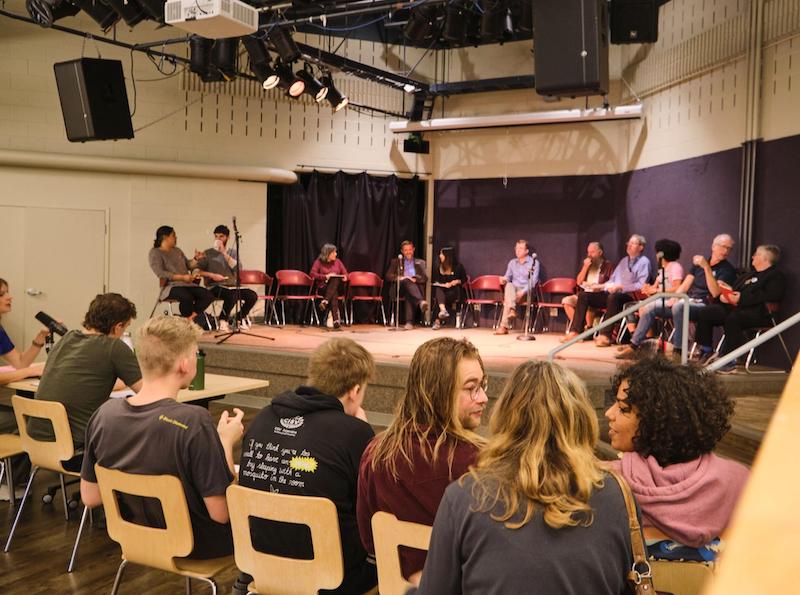 Students sparse at UVic early municipal voting despite efforts to encourage youth vote
Young people are too busy with “a struggle to even exist,” and midterms, student representatives say