September 15, 2022
Get the news and events in Victoria, in your inbox every morning.
Thank you! Your submission has been received!
Oops! Something went wrong while submitting the form. 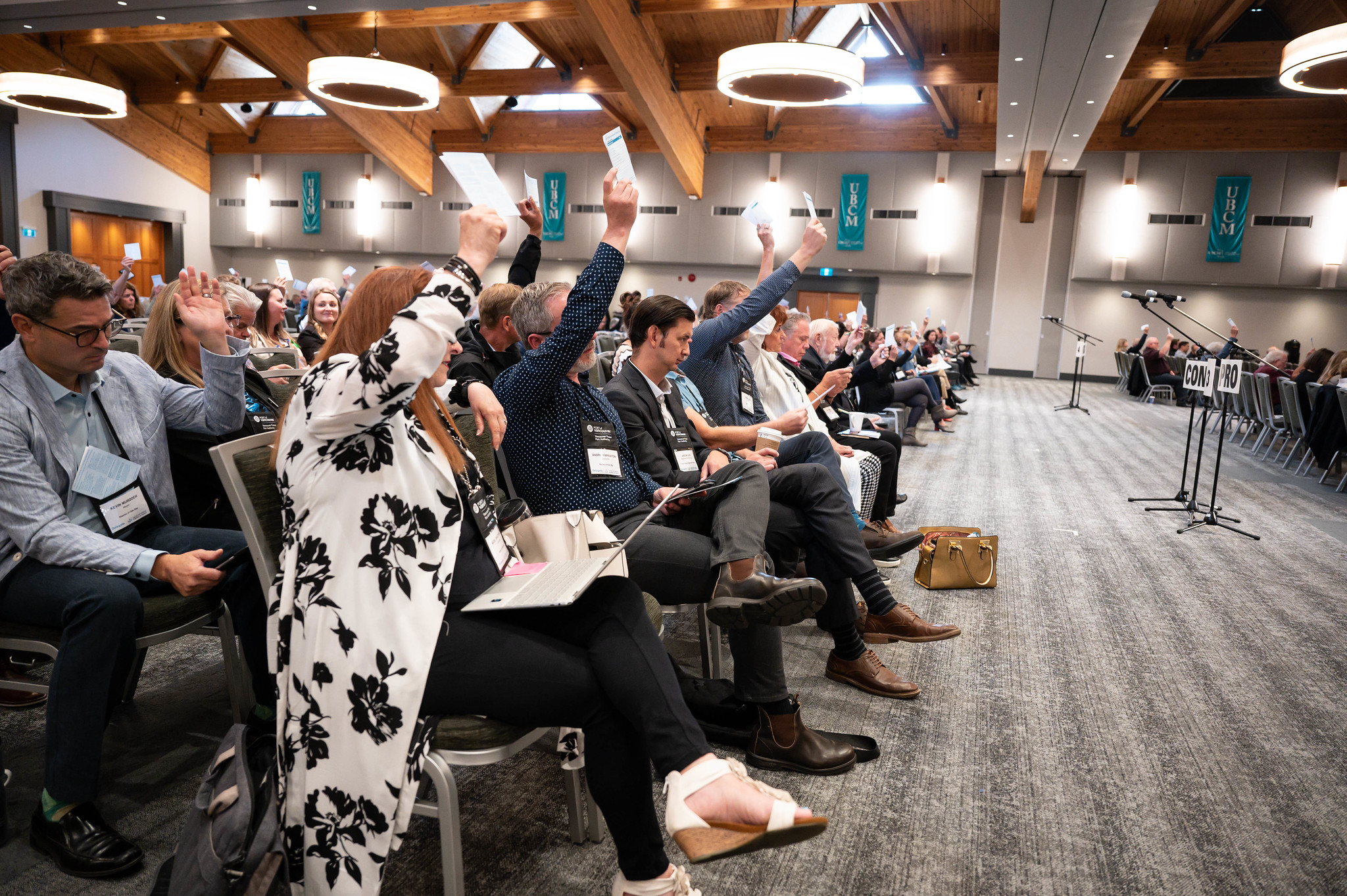 The Union of BC Municipalities (UBCM) will ask the federal government to implement basic income following the adoption of a resolution from Victoria yesterday.

The resolution—which calls for a federal program to ensure all Canadians have “sufficient income to meet their needs”—was singled out for individual consideration during the first of the weeklong convention’s three resolution sessions.With an endorsement recommendation from the UBCM, Victoria’s resolution was set to be considered and approved as a block along with 87 other resolutions from local governments around the province. But East Kootenay Regional District director Susan Clovechok moved a motion to have the resolution considered separately.

“I oppose this resolution, simply because I don't feel I have enough information to make an informed positive decision,” Clovechok said. “I think we need to understand the impact of these policies economically, socially, and specifically on our taxpayers before moving ahead with such a broad-reaching resolution.”

Other opponents expressed concerns about the cost of basic income and argued it could have “serious, disruptive effects” on the economy by potentially disincentivizing workers from seeking jobs.

But basic income would help struggling people meet their basic needs and relieve “pressure on municipalities to use their limited resources to fill gaps in our failing social safety net,” per the city’s submission.

Victoria Councillor Jeremy Loveday spoke in favour of the motion, reminding delegates the UBCM has supported similar resolutions in the past.

“Impacts of guaranteed basic livable income include alleviating poverty, fueling economic development, and addressing gaps in services,” Loveday said. “I see this as an opportunity to fill the gaps in existing [public] services and social supports…This is proven to be cost effective.”

Support also came from Sooke Councillor Tony St-Pierre, who suggested that not supporting the resolution would cost communities and local governments more than voting in favour. “Siloing” of services for vulnerable and marginalized people drives up and duplicates costs, said St-Pierre, citing his experience working in Vancouver’s Downtown Eastside.

“What people really needed was a roof over their head and the ability to have some food, buy some bus tickets, get to work,” St-Pierre said. “They couldn't afford to do that and the money was not available—even though it should have been available—there was much more money being spent on keeping these people poor.”

Another resolution from Victoria—a plea for the province to reinstate legal aid funding for tenancy issues—was approved as part of the endorsed block without debate as was a joint resolution from the municipalities of Saanich and View Royal, which calls on the province to address BC’s family doctor shortage “with the urgency of any state of emergency” and find “a solution that will rebuild the family practice system so that citizens of BC can be confident of having a doctor to call their own.”

The resolution session resumes this morning with Saanich’s call for the province to allow municipalities to make inclusionary zoning mandatory—requiring developers to include a certain percentage of affordable housing units in new residential developments—on the docket.

Several other resolutions from Victoria are also up for consideration: one calling on the province to develop a non-profit housing acquisition strategy, as recommended by the Canada-British Columbia Expert Panel on the Future of Housing Supply and Affordability in 2020; another a push for a look at provincial vacancy control, limiting allowable rent increases between tenants—a move the NDP’s rental housing task force rejected in 2018, citing concerns from landlords and developers as well as a “large amount of paperwork and bureaucracy that would need to be created to implement such a system.”