Raquel Rose, a Victoria-based escort who spoke to Capital Daily for this story. The image, shot by Moss Photography and with Rose's face blurred to hide her true identity, is taken from her official website.

Capital Daily is part of the Trust Project
latestCOVID
TransportationBusiness
HousingGood News
Raquel Rose, a Victoria-based escort who spoke to Capital Daily for this story. The image, shot by Moss Photography and with Rose's face blurred to hide her true identity, is taken from her official website.

November 4, 2020
Get the news and events in Victoria, in your inbox every morning.
Thank you! Your submission has been received!
Oops! Something went wrong while submitting the form.

Raquel Rose, a Victoria-based escort who spoke to Capital Daily for this story. The image, shot by Moss Photography and with Rose's face blurred to hide her true identity, is taken from her official website.

This Monday, just like every Monday, Dani Cooley arrived at Peers, Victoria’s sex worker support service, and checked the email inbox marked “Prevention.” In it was another batch of “bad date” reports filed by Greater Victoria sex workers who’d experienced an issue with a client over the weekend. Of the hundreds of such reports Cooley has processed over the years, she has seen men who were violent or threatening, men who haggled over price or even men who were rude or raised their voice.

While federal laws keep it in the shadows — and COVID-19 has decimated it as strongly as any other sector  — Victoria maintains a surprisingly vibrant underground sex industry. With these sex workers at high-risk of being targeted by predators, and with limited recourse through the legal system, one of the most trusted ways these women stay safe is through a secret but carefully updated list of “bad dates.”

In another study surveying Victoria sex workers, Benoit found that many enter the industry by choice, rather than desperation or coercion. Regardless, for obvious reasons it remains an extremely high-risk job.

A bad date report comes into Peers roughly every three days. The report is first scrubbed of any identifying information about the sex worker who called it in. Although it is accessible online through the Peers website via a password, the list is  kept to as few people as possible. “Often aggressors can be people within our communities; including outreach workers and police officers. Thus, we try to largely reduce the amount of people seeing the report” Cooley told Capital Daily.

A printed version of the report, made on distinctive pink paper, is regularly distributed via the Peers drop-in centre, the organization’s night outreach van, and in the lobbies of hotel-shelters such as Paul’s Motor Inn.

Since Peers was founded in 1995, the bad date list was always something done informally—a paper list was kept and updated inhouse. That changed in 2016 when they received a federal Department of Justice grant to start an online database.

The group also distributes other literature intended to keep sex workers safe from harm. One of those is Trade Secrets, a booklet produced by the BC Coalition of Experiential Communities, an advocacy group for sex workers. “Don’t wear anything around your neck that can be used to strangle or drag you,” one section advises. The booklet also encourages sex workers to carry zip-lock baggies in order to dispose of a condom and wrapper “in a way that respects the community.”

Capital Daily was not able to view any Victoria bad date reports, but some segments from a 2017 Seattle bad date list have been made public by the Washington-based Organization for Prostitution Survivors. In one a woman described the aftermath of being raped in a tent, “he got up and got dressed and stepped over me to leave.” Another describes an encounter when the worker tried to leave an aggressive date’s car: “I reached for the door to open it, he said: ‘I’m going to shoot you!’ He stepped on the gas, I opened the door and jumped out.”

Cooley said that Peers has grown its relationship with Victoria Police and they have a police liaison which makes it easier to report crimes against sex workers. However, with sexual assault already an immensely difficult crime to prosecute successfully, the barrier is even higher when it comes to paid sex work. “Sexual assault cases are complex when they land in the justice system as it is, so when it comes to sex workers it is very hard for it to be taken seriously. I would say this is the most difficult part of the job,” said Cooley, adding that she has taken many people to attempt to charge their perpetrators and it's “almost always” dismissed in court.

As a sector that operates under a legal gray area, the Victoria sex industry has not been subject to public health mandates (although the BC Centre for Disease Control has released a COVID-19 guidance for sex workers). However, fear of contracting the virus has driven away large swaths of clientele. The sex industry has seen revenue plummet and unlike those who work in other hard-hit sectors such as restaurant or retail, sex workers have struggled to access the Canada Emergency Relief Benefit.

When the pandemic hit, Benoit said, “establishments such as strip clubs, massage parlours and escort agencies were forced to close.” Some independent escorts, meanwhile, had to reconfigure their work. “While some of them have managed to move their work online, others struggle to stay afloat in the pandemic climate,” said Benoit.

Nevertheless, some workers have chosen to continue to provide a full range of sexual services, including intercourse. One of them is 20-year-old Darla (her working name) who works at an escort agency in Downtown Victoria. She told Capital Daily that she often conceals her line of work in order to avoid stigma.  “I tried to be fully honest with landlords when I was looking for a place to live. None would accept my applications even though I had perfect references. I ended up having to lie about my occupation in order to keep a roof over my head,” she said. “Some doctors have not taken me seriously and ignored my health concerns upon learning that I’m a sex worker.”

Darla said the list is “essential” to the safety of sex workers who might not turn to law enforcement. Darla relies on a computerized blacklist at her agency (she is able to search a date on their database using a prospective date’s cell number), as well as an informal whisper network with other escorts. “When I was an independent escort I didn’t know about resources like the list, I really wish I had.”

Raquel, who identifies herself as a “service provider”,  has a university degree and works a full-time “vanilla job” in Victoria but does sex work on the side for a second income. She said it’s important to note that most clients aren’t violent, saying it perpetuates a myth of  the sex worker as a victim that needs to be saved. “Conflating trafficking with consensual sex work is violence in and of itself,” said Raquel.

Although Raquel has never made a submission to the bad date list, she has helped a couple of friends fill it out and believes it’s an important tool—especially considering that the anonymity of the list provides the worker the ability to protect themselves without fear of judgment or legal reprisal.

“The safety of sex work changed five years ago with the introduction of Bill C-36,” said Raquel. Introduced in 2014, Bill C-36 criminalizes the purchase of sexual services and also the activity of third parties like madams, drivers, managers, and service website publishers. Sex workers themselves, however, are legally able to operate and even advertise. According to the Department of Justice, the bill is designed to “protect those who sell their own sexual services” but sex workers and industry activisits say it has a long way to go.

“When clients are afraid of being arrested the work is pushed further into the margins… when a client is fearful of penalization everything is more risky,” said Raquel. “This list absolutely saves lives and is a completely necessary safety measure for our community.” 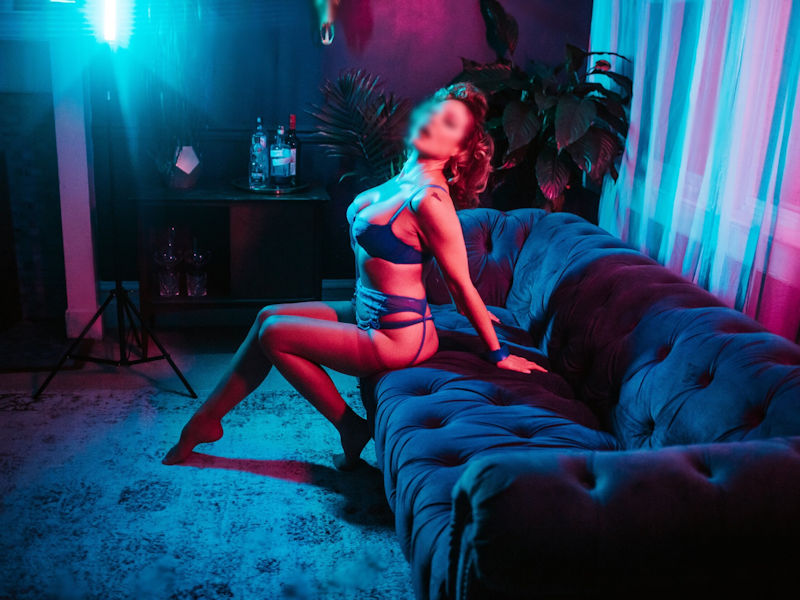 As many as 1,000 adults offer sexual services in the BC capital
No items found.