March 22, 2022
Get the news and events in Victoria, in your inbox every morning.
Thank you! Your submission has been received!
Oops! Something went wrong while submitting the form. 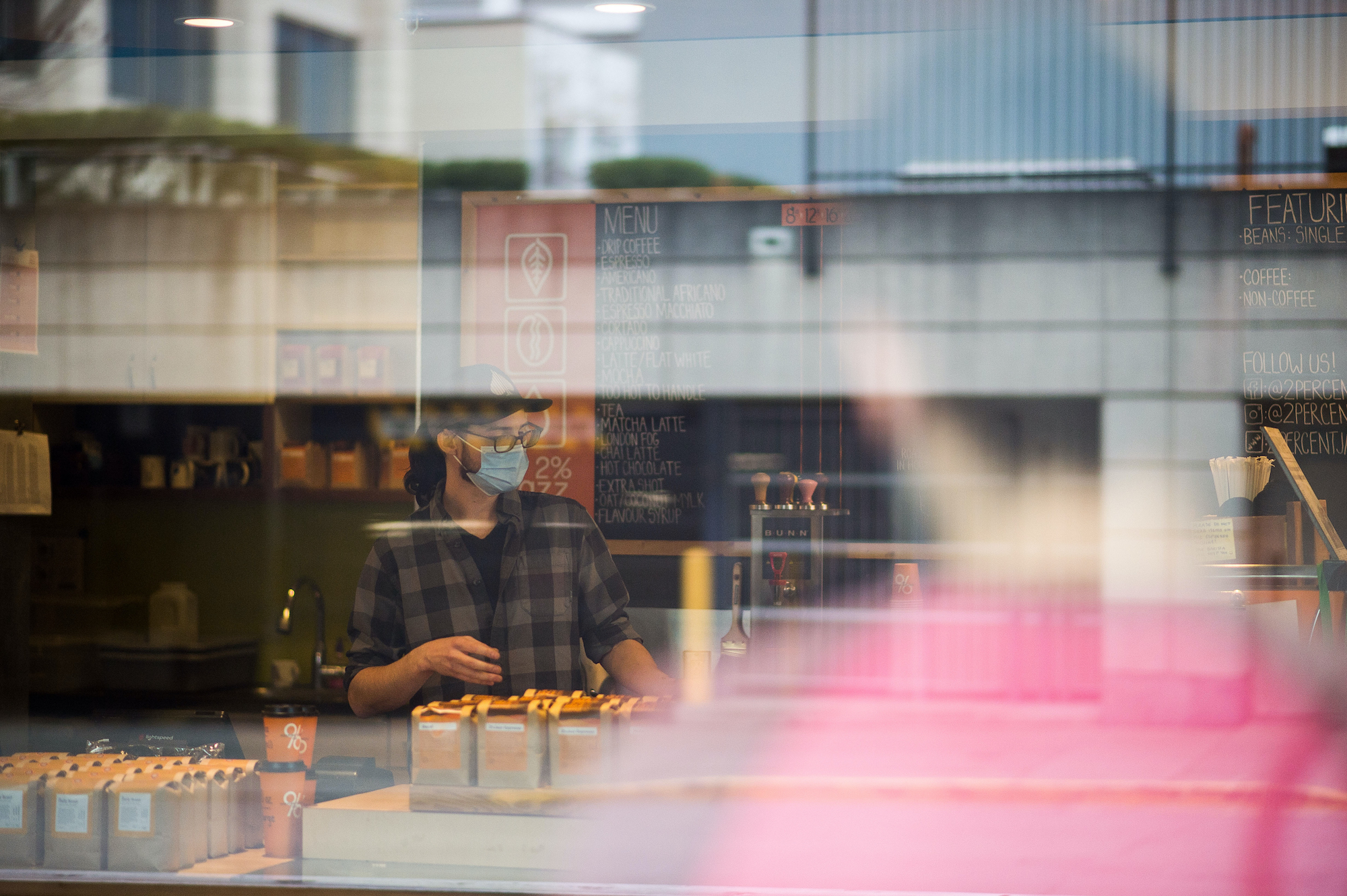 2% Jazz has joined a growing movement of living-wage employers. But not all service-industry companies are following their lead, and for workers, it can mean choosing between work and affordability. Photo: James MacDonald / Capital Daily

At the onset of the COVID-19 pandemic in 2020, as businesses closed across Victoria, Alex’s Spinnakers liquor store was one of the few outlets that remained open. The pay, at first, was good. Management had added a tip option to the pay machines. Staff had also received an additional $2/hour in “hero pay”—enough for Alex to consider new furniture.

“For eight months, I was finally making enough money that I felt like I could have a savings account,” Alex said. (In the interest of protecting Alex’s job security, we have elected not to use their real name.)

“[Someone] came out complaining how we didn’t deserve tips, and the owner pulled the tip option, claiming he would raise our wages to equal the lost tips, but [he] failed to mention he would be taking away the $2/hour ‘hero pay.’”

Capital Daily reached out to Spinnakers for comment, but did not receive a reply.

The timing, Alex notes, was more than inconvenient. They had just moved into a larger apartment, figuring that with their new wages, they would be able to comfortably pay the higher rent.

“[Instead], I spent the entire year stuck in the lease, only making enough money to pay for rent and essentials, because I couldn’t afford it [anymore],” they said.

According to the latest findings from the Canada Mortgage and Housing Corporation, Victoria ranks just behind Vancouver and Toronto for the most expensive rental prices in Canada. In October 2021, an average two-bedroom condo apartment would set you back $2,116/month in Victoria. In Montreal, the same condo apartment costs $1,420/month.

But wages haven’t kept pace with the cost of living in the provincial capital. In 2015, the most recent year for which data is available, the median after-tax income among Victoria’s census respondents was $37,481. (In a standard 37.5-hour workweek, that amounts to $19.22/hour.)  To afford a one-bedroom apartment (roughly $1,200/month) on a single salary would eat 38% of a median wage—past the 30% upper limit that many budgeting experts espouse.

And with the dream of homeownership increasingly out of reach for many Victorians, instead, workers feeling the pinch are left facing one of a diminishing number of choices: stay and rent for life, forget money altogether, or—as Alex has been considering—leave the Island entirely.

Nine thousand kilometres from Victoria’s Inner Harbour, in another port city known for its cruise ships and overpriced coffee, housing has posed a perilous problem for another workforce built around tourism. In Venice, where 20 million tourists visit annually and one-time apartments have been gobbled up by demand for more Airbnb units, not even the lucratively-paid gondoliers earn enough to afford to live on the archipelago.

That kind of scenario weighs on the mind of Jeff Bray, executive director of the Downtown Victoria Business Association—a man whose very job description centres around the task of growing and promoting business within the city’s core. His job is made considerably more difficult by the effects of a two-year-long global pandemic: one which has upended Victoria’s tourism and hospitality industry, but also fundamentally changed the nature of how many people perform—and perceive—their work. (If one can work remotely, why not keep the job and live somewhere cheaper?)

“In fact, this was our number-one challenge before COVID. Worker retention and recruitment was [already] a huge issue,” Bray told Capital Daily.

“There’s no question … that $17/hour is a real struggle, but it’s also a challenge to recruit even skilled labour, construction workers, teachers, nurses,” he says.

“If they’re going to make their wage in Victoria and make the same wage, say, in Osoyoos, where the housing is much cheaper, their paycheque goes a lot further.”

There is another issue Victoria, much like Venice, faces: on an island, there is only so much room to sprawl before building “up” instead of “out.” But in Victoria, where more than two-thirds of residential land is zoned for single-family housing, that proves difficult without rewriting zoning bylaws altogether.

“The fact is, people want to live here,” says Bray.

The numbers would certainly suggest so: the regional vacancy rate is just 1%—compared to 3.1% Canada-wide in purpose-built rentals and 1.8% in condo apartments. But there isn’t enough housing to meet the demand.

According to Homes for Living, a Victoria-based advocacy group dedicated to housing affordability, only Langford is currently building a surplus of housing supply within the region. In the 2021 Census, both Oak Bay and Esquimalt saw their population decrease.

“So we really need our urban land use planners and councils to recognize that we need to move more quickly, and to really build for the next 40 years, not try to preserve the last 40 years,” Bray adds.

The provincial government has floated the possibility of overstepping municipal approval processes to get more housing built—paving the way for duplexes, triplexes, and multi-unit dwellings in low-density neighbourhoods. Housing minister David Eby says cities should have a say in where they want to prioritize growth, “but they shouldn’t be allowed to decide whether or not the housing goes ahead, which is currently where we are.”

In a turn of events that may sooner resemble resort communities like Salt Spring Island or Tofino, some Greater Victoria employers have turned to providing housing for their staff—or subsidizing the cost of their accommodations. The University of Victoria offers its newly recruited full-time faculty a $50,000 interest-free loan toward the purchase of their first home. The Canadian Forces Base in Esquimalt manages over 700 military housing units.

But not every employer, Bray cautions, has the same level of resources.

“Certainly, [among] larger firms, that is a strategy … but it’s only really a solution that works for larger firms who have the capital to buy real estate in this market,” he says.

For the smaller-scale employers, providing housing requires a level of inventiveness.

Since 2019, the Canadian Premier League club has covered the cost of its players’ housing as part of their compensation—either housing younger players together in townhomes, or finding apartments for senior-level players with young families. But even in the supply-rich Westshore, finding housing has proved increasingly difficult.

“If there’s a one-bedroom or two-bedroom [unit] in Langford, if we don’t pick it up within 24 hours, it’s gone,” says Friend.

Can a living wage work in Victoria?

One notion that has gained popularity in recent years is encouraging employers to commit to a “living wage”: a calculation, based on a two-parent family with two children, that covers the cost of food, clothing, rental housing, child care, transportation, and small emergency savings.

That amounts to an hourly wage of $20.46 in Victoria, according to Living Wage for Families BC—a pledge that nearly 40 local organizations have made, spanning from the retail and restaurant industry, to municipal governments, to social service providers like Pacifica Housing.

“I’m in the process right now where I’ve got to raise everybody[‘s salary] up,” says 2% Jazz Coffee owner Sam Jones, who applied for living wage employer designation in 2021.

“It [gets] checked up on every year … and everyone needs to get that bump in their paycheque by a certain date. Otherwise, my accreditation for being called a living wage employer drops, and I can’t use the word anymore.”

But despite the impact to his company’s bottom line, the move has come with its share of benefits for Jones and his staff alike. In a time where the hospitality industry has been beset by staffing shortages, Jones says his business has managed to weather the pandemic’s impact fairly well.

“A hundred percent, it has helped. It may not be the be all and end all for attracting staff or retaining staff, but that's a hell of a good start. I drive by fast food places on a regular basis, and you now see them advertising jobs for $17.50/hour. That's getting competitive, right?”

Jones acknowledges there are difficulties implementing a living wage. Not every industry is optimally suited for further shrinking its margins. But the notion that it’s out of the question? That doesn’t carry water, he says.

“When people say they can't afford to pay a living wage right now, it's like, well, can they afford to pay another dollar to their staff right now? Maybe that's a good start … Maybe they find out that their business model needs to really change in order to pay their staff better,” Jones says.

Greater Victoria builders say they can’t find workers to build new homes, because they can’t find homes for the workers
Behind the counter: how some Victoria restaurants are beating the labour shortage
Cancelled ferry sailings are a symptom of a longstanding problem in the marine industry. It’s only going to get worse.
It's been a good season for snow at Mount Washington—but not for workers
'On the verge of mental and physical breakdown': why a growing number of Victoria nurses are quitting
Workers are being priced out of Victoria 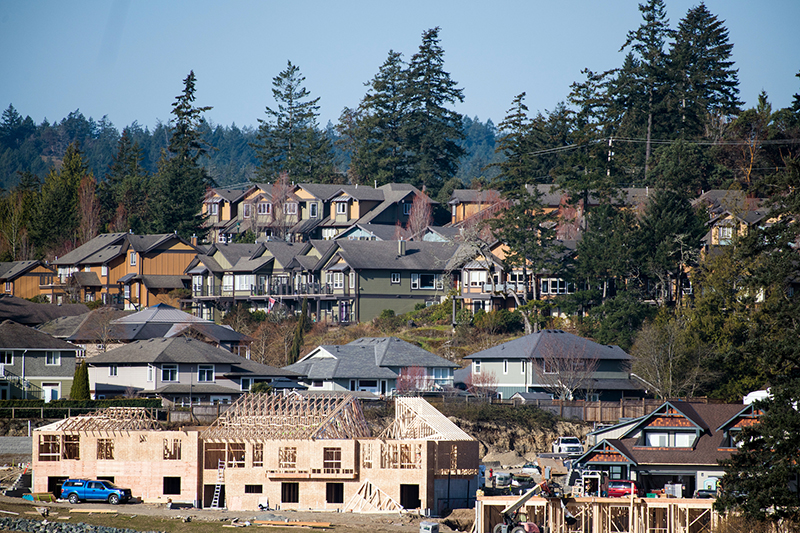 The ‘vicious circle’ has deepened a persistent worker shortage during a period of record demand. Part seven of our labour series, Pay Check 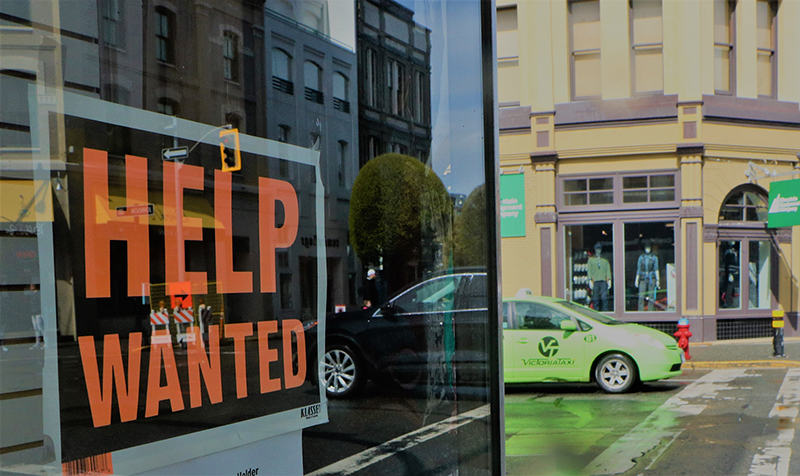 Behind the counter: how some Victoria restaurants are beating the labour shortage
The industry-wide labour shortage is putting more power in the hands of the employees, and the restaurants that adapt are surviving. Part six of our labour series, Pay Check 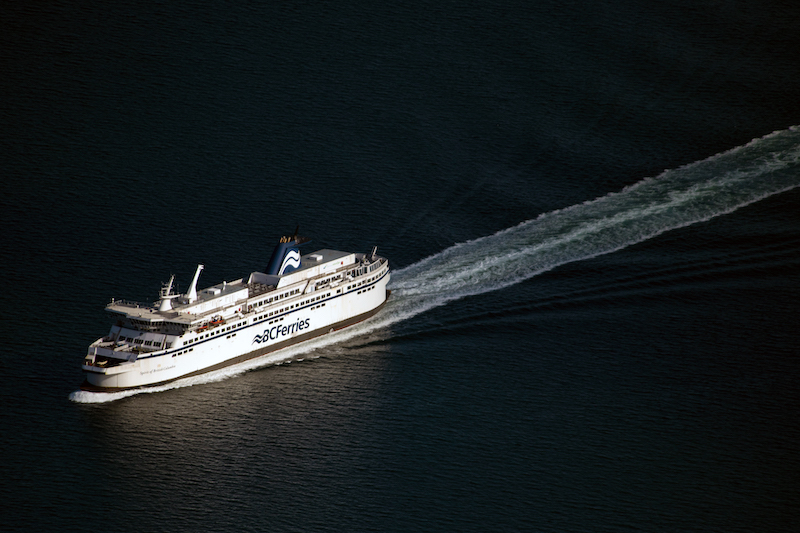 Cancelled ferry sailings are a symptom of a longstanding problem in the marine industry. It’s only going to get worse.
Worker shortages are now endemic in the industry—but warnings started decades ago Part five of our series, Pay Check