April 14, 2021
Get the news and events in Victoria, in your inbox every morning.
Thank you! Your submission has been received!
Oops! Something went wrong while submitting the form. 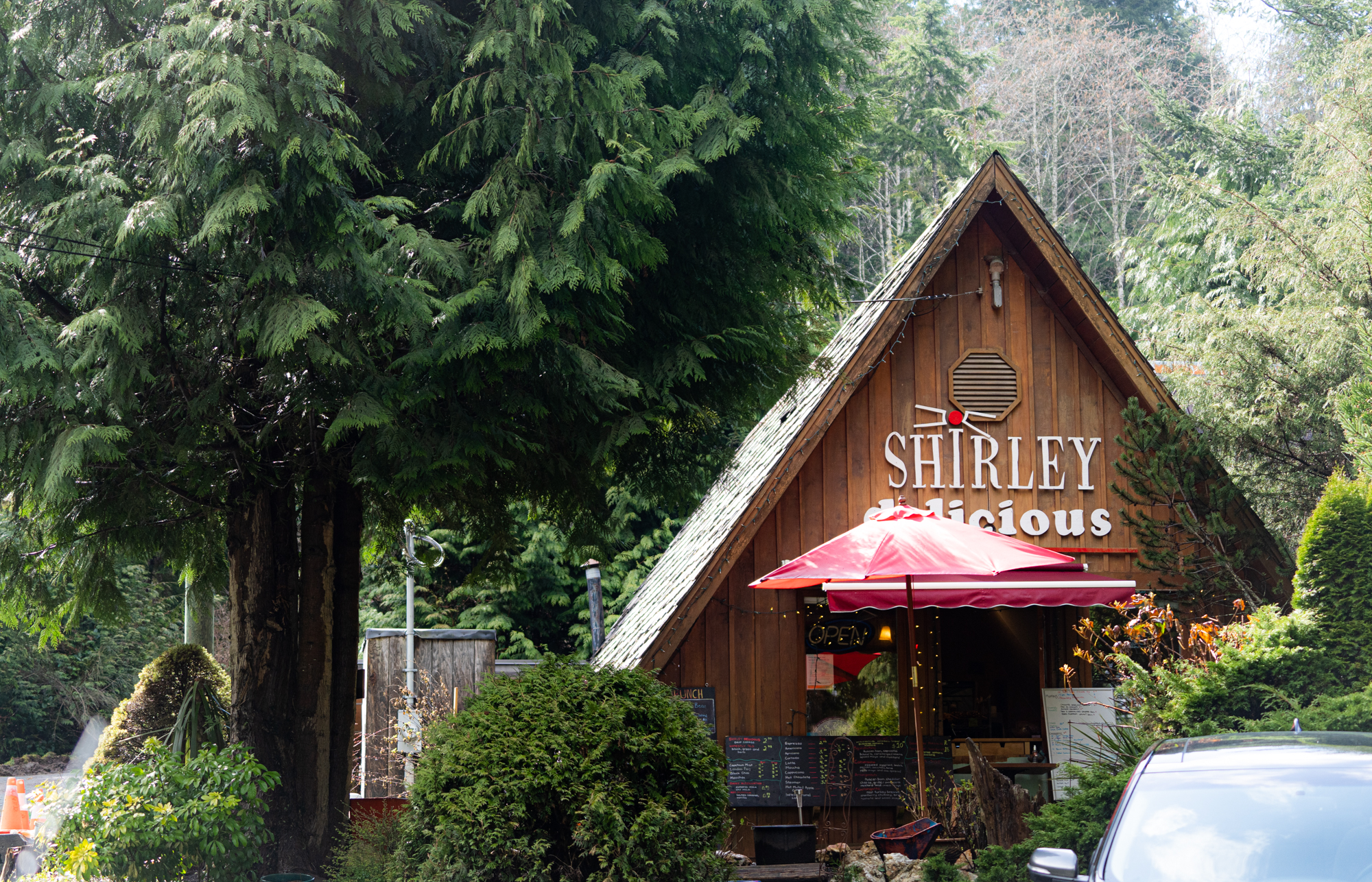 It’s December 2012, and Sheena Mercer is driving on a highway hugging the south coast of Vancouver Island. It’s dark, sometime in the evening, somewhere west of Sooke, and Mercer’s in a camper van.

“Where are we going?” Mercer thought to herself as she navigated the twisting highway with her mother and son. “What is this place?”

The reason for the trip was a bottle of wine: Mercer’s mother had promised to have a glass with Phillip du Preez, a friend from Salt Spring Island, since he planned to open a cafe in the unincorporated community of Shirley in the new year.

As they pulled off the highway onto an uphill gravel road, Mercer finally saw the small wooden building that would house the cafe.

Du Preez greeted them by uncorking the bottle of wine. He was still formulating his opening plans, but the three soon started dancing and celebrating. The evening turned into night, and by the time the bottle was empty du Preez had a proposition for Mercer: “Do you want to become a partner in the business?”

A History of Living on the Go

Mercer has never been good at sitting still. Growing up in Sechelt, BC, a community of roughly 10,000 people on the Sunshine Coast, she lived in the same home and worked alongside the same people. She always dreamed of travelling and longed for a constant change of scenery in her life.

When she was 19, she finally made her first move—relocating from Sechelt to Victoria—but her urge to travel never faded. After a few years on Vancouver Island, she packed her bags and travelled around Europe with her mother. When she returned to Victoria, she still had the travel bug.

“I was constantly searching for something,” Mercer said in an interview with Capital Daily.

“I would look at the newspaper, back when job postings used to be in the newspaper, and there would be some place in Ashcroft, Lake Louise, or anywhere else, and I would just say, ‘Hey! I want to work somewhere else, I want a change of scene.’”

In order to pay for her travel, Mercer would work at different hospitality jobs—serving, bartending, managing—at restaurants across the country. While the jobs funded her desire to travel, it also gave her a plethora of experience in the restaurant industry.

Mercer settled in Salt Spring when her son was born, and for four years she didn’t move again—until du Preez asked her to become a business partner at Shirley Delicious.

The two opened the cafe in March 2013, and it has received widespread praise from outlets including The Huffington Post, The Guardian, and The New York Times.

“I haven’t sought out the recognition; it’s come our way, which is even cooler,” Mercer said. “I’ve never even been to New York. How are people in New York thinking of this little place in Shirley?”

Mercer admits there were plenty of learning curves she faced as a first-time business owner, but the biggest decision she weighed was hiring the right staff to reflect the cafe’s personable and friendly vibe.

“We’re in an area where there's a small pool to draw from, but there’s so many dynamic people out here that we’ve been really fortunate to have a crew that’s incredible.”

‍
‘Everyone that walks in the door should feel welcomed and loved’

Kelly, 30, is in her first year as an athlete on the eight-leg Kitesurf World Tour. She’s looking for a top three finish at the last event in November but is a couple thousand dollars short to cover her flight and living expenses.

Since starting at Shirley Delicious in 2017, Kelly has found a newfound confidence in her life. She walks with her head held high, makes more eye contact with people, and greets every customer with a smile while asking for their name.

She found the cafe on numerous surfing trips along Vancouver Island’s west coast, and has a supportive group of co-workers who are always willing to switch their shifts to accommodate her surfing schedule. Although she’s naturally outgoing, Kelly is struggling to ask for travel money to accommodate her kitesurfing dream.

With the days ticking down to the event, she received a suggestion.

“What about a GoFundMe?” Mercer said one day at work.

“I don’t know how those work,” Kelly thought to herself, but Mercer sprung into action, creating a GoFundMe, “Frances’ World Kite Tour Grand Final,” on Oct. 23.

Members of the Shirley community quickly rallied behind the movement, and nearly $3,000—between money from the GoFundMe and donations from Shirley Delicious customers—was raised for her trip.

The outpouring of support, led by Mercer, meant the world to Kelly, who would go on to finish fourth in the kitesurfing competition.

Last year, du Preez left Shirley Delicious to take on new business interests, and Mercer took on a new partner, Lou Ellis, to run the cafe amid a pandemic.

Even with COVID-19 restrictions decimating many in the hospitality industry, Shirley Delicious was named number 13 on Yelp’s 2021 top 100 places to eat in Canada last month.

Early on in the pandemic, the cafe’s biggest struggle was to find physically-distanced space for both customers and staff. While they could place picnic tables at a safe distance in a neighbouring plot of grass, they still needed more room.

In the end, the pandemic accelerated Mercer’s plans to build a four-season patio next to the cafe. The completed patio is a bright, sunlit room with local art for sale and plenty of space for distancing.

Despite the success, Shirley Delicious has never forgotten its roots and has given members of the unincorporated community of Shirley a sense of pride—perhaps best represented by the patio. Construction was completed by a group of regular customers, using supplies from community members, who wanted a place to sit in the rain.

“Our neighbours, probably about three years into us being opened, said ‘nobody knew where Shirley was,’ but now they say, ‘Shirley Delicious! You live there!’” Mercer said.

The eight years she has lived in Shirley have been the longest Mercer has been in one place since moving from Sechelt at the age of 19. And she no longer feels that urge to leave.

“Shirley was a very embracing community from day one,” Mercer says. “This is home.”

What will cell service mean for Port Renfrew’s future?