April 5, 2021
Get the news and events in Victoria, in your inbox every morning.
Thank you! Your submission has been received!
Oops! Something went wrong while submitting the form. 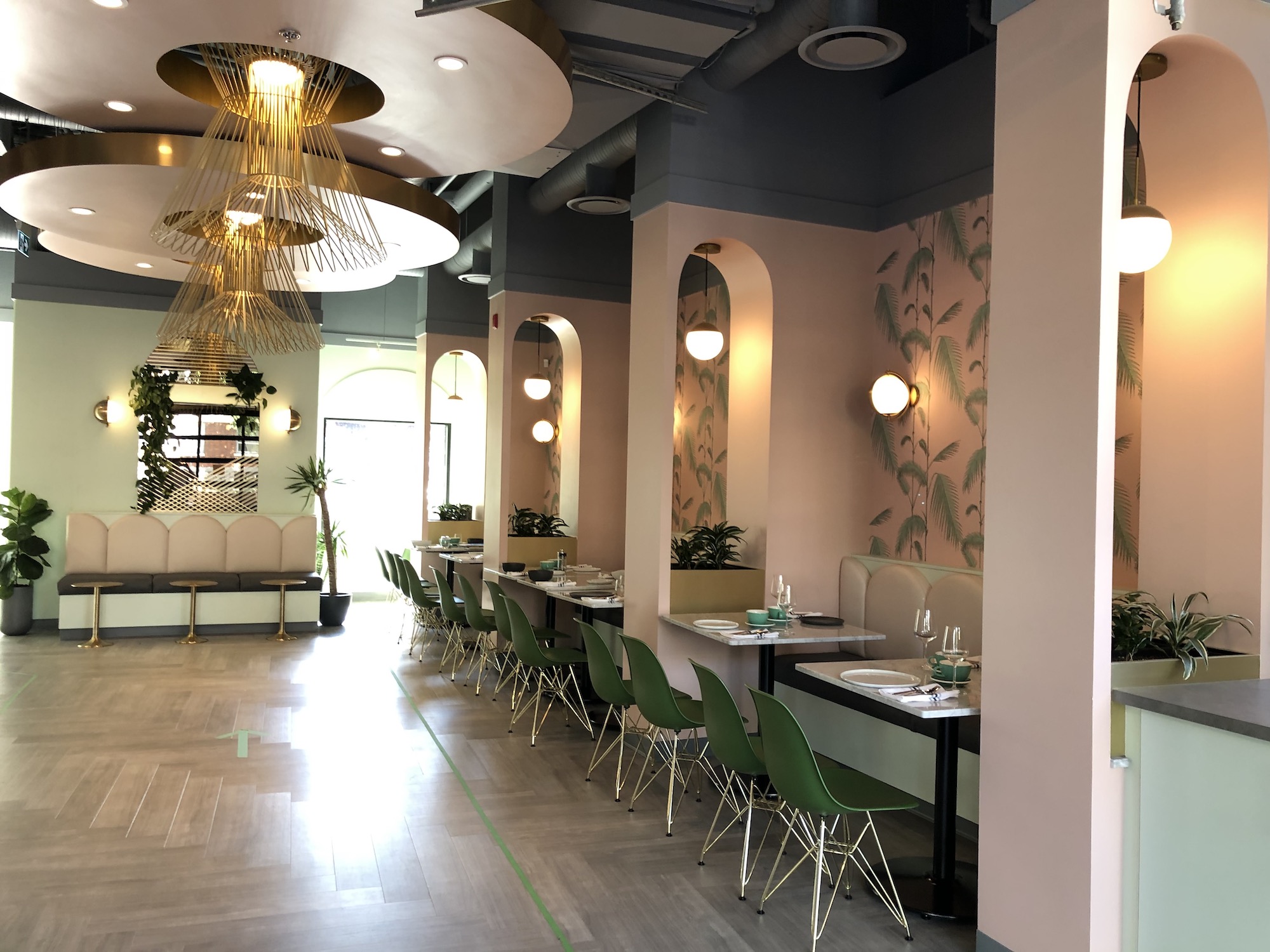 After more than two years of searching for the perfect location to open a pub in Victoria, Socrates Diamant finally found it on Johnson Street. He spent roughly six months and $600,000 building the space out. He meticulously planned for the opening of The Vicious Poodle, which would become one of the few LGBTQ2+ spaces in Victoria. And then, he picked a date to open: April 1st, 2020.

Of course, Diamant’s plans wouldn’t play out the way he imagined. When April 1 rolled around, rather than opening the drag bar he’d planned for years, he waited for restrictions to loosen. The Vicious Poodle finally opened in June, but it still wasn’t at the same capacity as he’d hoped—and constantly-changing health regulations made it impossible to have a consistent stream of income. As a business with a tiny patio and no take-out menu, focusing on live performances and drinks rather than food, The Vicious Poodle was hit especially hard, its revenue cut off whenever indoor dining has been prohibited in BC (as it currently is, until April 19th).

Beyond the regular strain of trying to operate a business during the pandemic, there’s another problem: The Vicious Poodle is one of many small businesses in Victoria that’s unable to receive financial support from the Canada Emergency Wage Subsidy (CEWS) and Canada Emergency Rent Subsidy (CERS).

The CEWS and CERS are federal initiatives meant to help Canadian businesses whose earnings have suffered due to COVID-19. The amount of money businesses receive to help pay both their employees’ wages and their rent is based on how much less they’re earning than they were before the pandemic—their 2020 revenue compared to 2019.

That method of allocating the funding means a lot of small businesses are falling through the cracks. The Vicious Poodle is one of 23 businesses currently participating in SaveStartups.ca, an initiative meant to draw attention to those left behind by federal subsidies. Most of the affiliated businesses are in the food industry, with a few exceptions, including a Victoria Barre studio.

SaveStartups.ca was spearheaded by Scarlet Osborne, who opened El Segundo restaurant in Sechelt in July of 2020, after roughly two years of planning and $335,000 spent in building and preparation. The initiative started informally in November, when Osborne realized how much not being eligible for CEWS and CERS was going to impact her new business. She reached out to other BC business owners who weren’t eligible, and found a sense of community and support. She started the website in February as a more concrete way of gaining attention from both the public and politicians.

“It's just a way for us to find others like us, and to create more of a collective voice,” she says. “We're still feeling completely let down by the fact the government hasn't changed or pivoted any of these programs.”

Osborne’s hope is that the federal subsidies start considering businesses on a case-by-case basis, looking at spending and investments rather than just revenue.

She explains that this same fight was won at the provincial level with BC’s Small and Medium Sized Business Recovery Grant.

“The provincial government has been working really hard to adjust the way that they interpret their eligibility criteria, and to look at all of our businesses on a case-by-case basis, and that led to quite a few of us actually gaining access,” she says.

Though funding from the provincial government is a step in the right direction, Osborne explains that it’s simply not enough. The hospitality industry has been hit exceptionally hard by COVID, and new businesses are facing the same losses as established ones: they’re operating at a smaller capacity, constantly changing how they run with new restrictions, and overall, they’re earning less money than they expected to.

Peter Wood, the owner of Bear & Joey Café on the edge of downtown Victoria, has also been a vocal member of SaveStartups.ca. He emphasizes that business owners who opened their doors during the pandemic were likely financially invested well before it started. The reality is that it takes a long time—and a lot of money—to open a business, particularly in the food industry.

“I poured probably $100,00 into design, engineering and architecture before we even broke concrete,” Wood says.

In Bear & Joey’s case, Wood signed a 10-year lease in June of 2019 and finally opened in May of 2020. By that point, roughly $650,000 of investments had been put towards the restaurant, so he couldn’t afford to keep delaying its opening.

The café’s business model was structured around the ability to have dine-in breakfast and lunch during the day, and to host big events like weddings and corporate gatherings in the evenings. Of course, since the pandemic started, they’ve never been able to operate at their full potential. Though Wood considers himself lucky for having a successful takeout service, it’s simply not enough to cover the costs of starting and running the business.

“The fact is, we're facing the exact same conditions as our competitors and industry peers. We're in the first year of business, which is by far the most fragile,” he says. “We understand that things like this take time to change. But there needs to be quick action from the government if they want small businesses to survive.”

A main point of frustration for many of the businesses who are part of SaveStartups.ca is that, at this point, members of the federal government are aware that there are businesses in genuine need that are excluded by their subsidies. Business owners cited their gratitude towards Gord Johns, the MP for Courtenay-Alberni, and Laurel Collins, Victoria’s MP, who’ve been advocating for the affected businesses in their ridings at a parliamentary level.

When the wage subsidy and rent subsidy were first proposed, they were even more restrictive than they currently are. For example, the wage subsidy program initially only covered 10% of remuneration, which was risen to 75 per cent after pressure from businesses alongside MPs like Collins. The government hasn’t been as receptive to demands for new small businesses to be factored into CERS and CEWS.

“I've been up in the House of Commons multiple times, calling on the government to include these startups and businesses who are not able to access these programs,” Collins said. “We have been pushing on the government. And unfortunately, so far, they haven't fixed the problem.”

Victoria Mayor Lisa Helps has also advocated at the federal level for the new businesses’ needs to be taken into account. She recommended that subsidies be based on the same assumptions businesses would have provided to banks to get financing, in lieu of sales from the previous year.

“I can’t imagine what courage it must have taken for those who had been planning and prepping to open, and investing significant resources, to go ahead and do so even when the pandemic hit,” she wrote in a January letter to Mona Fortier, Associate Minister of Finance and Minister of Middle Class Prosperity. Helps says her office did not receive a formal response to the letter.

The argument that subsidy programs should be open to case-by-case options is heightened by the fact that it’s not only new businesses who are struggling under the blanket policies governing the subsidies. Businesses that underwent large expansions in late 2019 or early 2020 are also struggling—though they’re receiving subsidies based on their 2019 earnings, the subsidies fall short with their considering their increased overhead costs.

Hey Happy, a coffee shop that’s been in Victoria since 2014, is one of these businesses. Rob Kettner, the owner, explains that the café went through tremendous changes in 2019: they expanded, overtaking the lease next door to add a full kitchen and a dining room to their space. The expansion, which took roughly seven months and cost nearly half a million dollars, was finally ready to open in February of 2020, just a month before COVID restrictions would be put in place. Though Hey Happy has been able to receive subsidies because they have revenue from 2019, the subsidies aren’t nearly enough to cover their new costs.

The monthly cost of Hey Happy’s labour is currently more than $20,000. With CEWS, they’re receiving roughly $1,500 per month before tax to help pay their employees’ wages. By Kettner’s estimate, if they were receiving aid based on their current costs rather than their 2019 numbers, their monthly support would be roughly $13,000-14,000. Similarly with rent subsidies, they’re receiving about $500-600 in rent relief, for rent that costs about $6,700 before taxes and service charges.

“There’s not a lot coming our way and we're losing money; roughly about $10,000 a month right now,” he said. “It was due to our success that we were able to expand. But now because of our timing, we are hanging on for dear life.”

For many of these business owners, it feels like they’re struggling because of an oversight from the federal government. Without access to the financial aid their industry peers are receiving, they’re floundering.

“It's fine print which is pretty much going to be a lot of businesses’ undoing,” Wood says.