Man denies he is the Island missing person his fingerprints identify him as
Sports
News
Based on facts either observed and verified firsthand by the reporter, or reported and verified from knowledgeable sources. 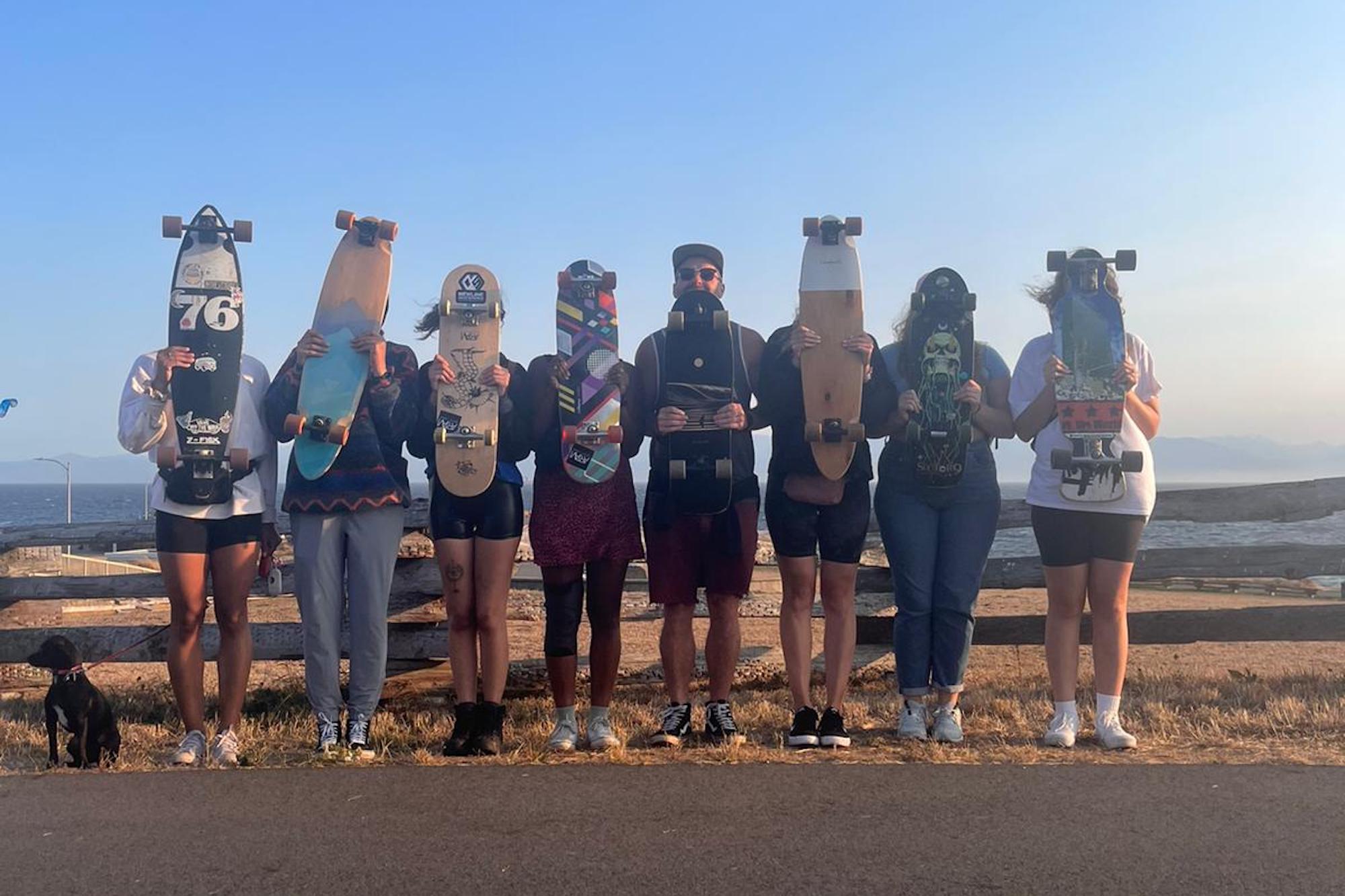 On the last day of August, the evening sun was gold, streaming through the park at Beacon Hill's Mile Zero. A group of people sat in a circle, all perched atop skateboards and longboards. They all have different stories, backgrounds, and reasons for being there, but they have at least one thing in common: they are all BOOBs.

BOOBs, or Babes On and Off Boards, is a skateboard collective based in Victoria. Born out of the early pandemic doldrums and the desire to promote inclusivity in skateboarding, the group meets every second Wednesday—same time, same place. After a short introduction to members old and new, they skate to various points along the Dallas Road waterfront.

The collective was originally formed in 2020 by seven women with the intention of encouraging more people to skate. Kimber Allan is one of the original crew. Allan said their biweekly sessions usually draw around 15 people, though they’ve had upwards of 30 members in a single session. Though the group remains female-dominant, they’re open to anyone and everyone.

“When we came together, and we saw how many people showed up, we started to define what it meant to be a BOOB. We decided that it didn't matter what gender: anything from lady BOOBs to dude BOOBs, and everything in between,” Allan said.

No need to be a budding Tony Hawk or Nishiya Momiji, either: all abilities are welcome, and the skaters range from the new and hesitant to the quick and confident. If someone is new to the sport, a more experienced skater stays with them. One leader goes to the front, and another to the back to encourage people to continue on, and support them if needed.

“The most rewarding thing is probably seeing people step on their board for the first time. It’s really special,” Allan said.

Allan is a fearless leader, joyfully welcoming newcomers and returning riders to the circle, celebrating their recent wins and upcoming life plans, and mentoring new recruits. She starts each session off with a land acknowledgement and sharing circle, where everyone goes around, introduces themselves, and shares a fun fact.

This summer marks Mia Ocolisanu’s second season riding with BOOBs. She started skating when she was 12, but before last year hadn’t picked up a board since her early teenage years. Now, in her late 20s, she said the group has become a huge part of her life. Starting to skate again wasn’t as difficult as she thought it would be, and she said the experience has been empowering and freeing.

“It also bred this whole tight-knit community of women, and just people in my life that really helped me through a lot of things, and a lot of changes in my life. I don't know where I'd be without BOOBs,” Ocolisanu said.

Ocolisanu first started skating on her brother’s board while going through a self-described tomboy phase in her early teens. After a few years, however, she dropped it, feeling as though her increasing interest in “girly” things—like short skirts and makeup—couldn’t coexist with skateboard culture. Reuniting with the sport has been a way of breaking through those boundaries.

“It was pretty cool to be able to come into my late 20s and realize that actually I can be both. That I can be beautiful and sexy, and wear short skirts, and also be this badass chick, rocking a skateboard with a bunch of badass, sexy women,” Ocolisanu said.

That sentiment rings true for Allan, too. Though more female skateboarders have risen to prominence, skateboarding is and has been a very male-dominated sport. That might be changing now, with women’s skateboarding being the breakout hit of the Tokyo Olympics.

“I never saw other people like me on a board,” Allan said. “So I really think this is huge for women, just because we didn't have that growing up.”

The group seems to be working exactly as it intends to. The Aug. 31 meetup was Leo de Lange Boom’s inaugural session with the group. She just started skateboarding, and before the meetup, had only skated in parking lots and on flat ground. She said spending time on a board has been a healing way to feel connected with her body.

Benefits aside, going fast on pavement is not for the faint of heart. As anyone who has tried a board sport knows, falling is part of the process—and roads and sidewalks are very unforgiving terrain.

Conquering that fear is a driving force for Ocolisanu, too. She said returning to skateboarding has helped her feel more fearless, both on and off her board.

“It forces you to be more courageous in other areas of your life,” Ocolisanu said. “It's the fact that you can pick yourself up again and know that you'll be okay in the next round.”

That night, de Lange Boom rode up to the rest of the group at Clover Point to a round of cheers. Allan told everyone to make a bridge, and they quickly got into formation. De Lange Boom skated through the tunnel of boards held high with a smile on her face. The community spirit of BOOBs was on full display. That camaraderie is what keeps each BOOB coming back, time and time again.

“We are extremely, extremely inclusive. We want to respect everyone and meet them where they're at. And it just makes you want to show up more,” Ocolisanu said. “Because you feel seen.”

The next meetup takes place on Wednesday, Sept. 14, at 6pm at Mile Zero.

Correction at 2pm on Sept. 6: The story has been updated to correct the spelling of Kimber Allan's name and to correct the date the group meets to Wednesdays instead of Tuesdays. 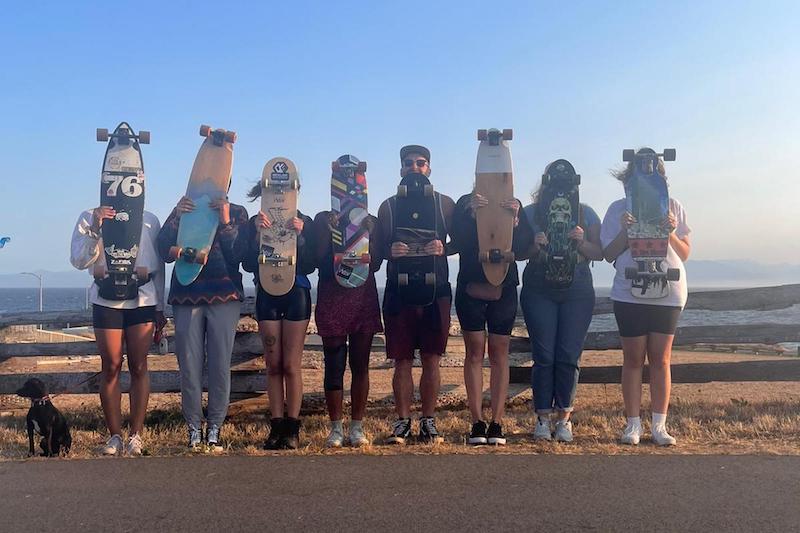 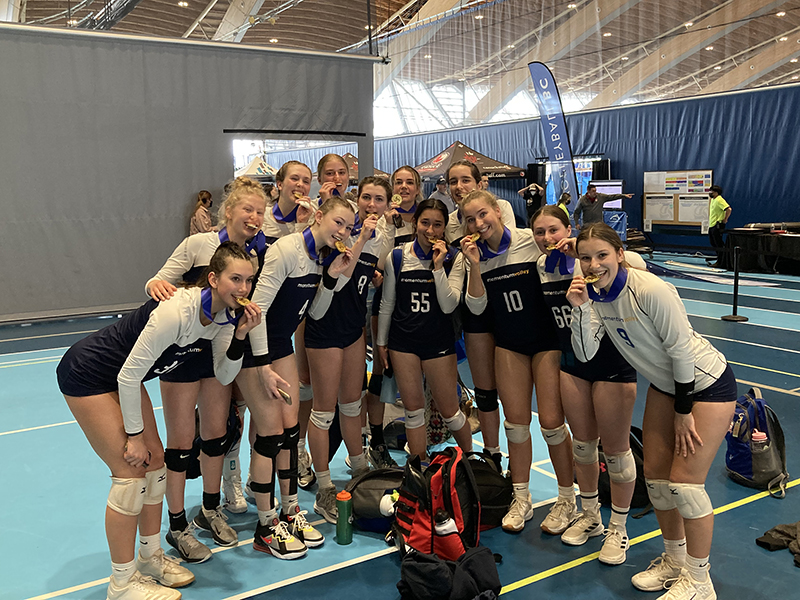 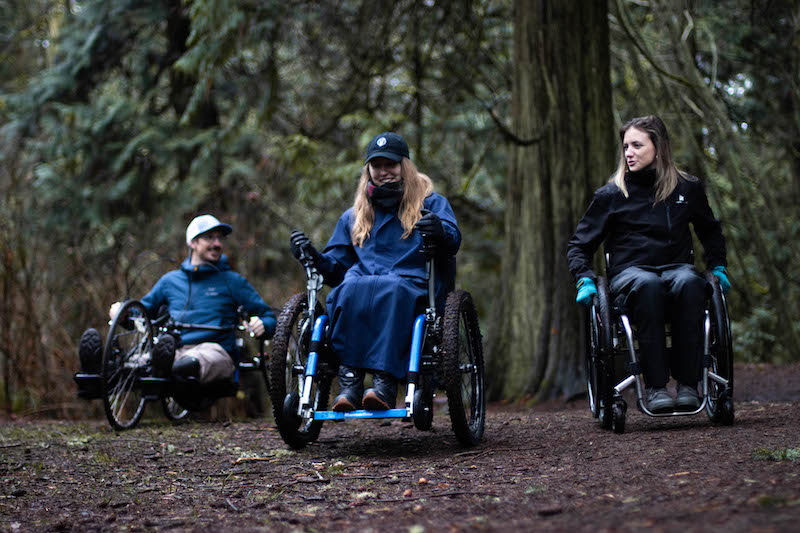