January 6, 2023
Get the news and events in Victoria, in your inbox every morning.
Thank you! Your submission has been received!
Oops! Something went wrong while submitting the form. 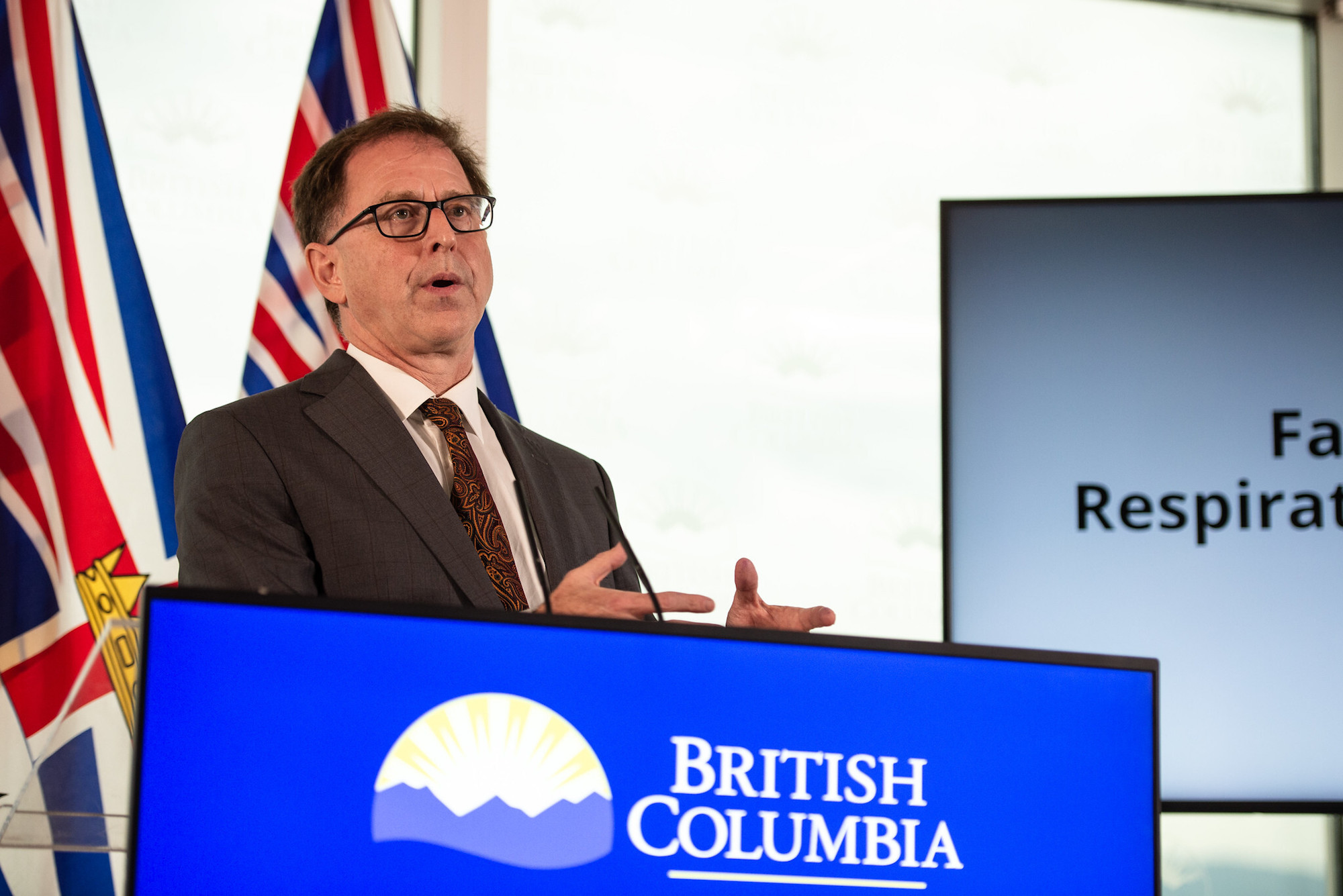 Health minister Adrian Dix announced Friday that nearly nine out of 10 hospital beds—both regular and overflow in hallways and tents—are now taken, mainly due to respiratory illnesses like COVID-19, RSV and influenza.

Surgeries are also back in full swing after the annual holiday lull, Dix said, meaning as of Jan. 5, there were a total of 10,226 people hospitalized in BC. The province has enough beds for up to 11,680 patients.

According to Dix, the role of these meetings, called Emergency Operations Centres or EOCs, at hospitals will be to help clear space for more admissions by discharging patients “who are all ready to be discharged,” where possible. On Vancouver Island, Royal Jubilee, Victoria General, and Nanaimo Regional General Hospitals will have reconvened these emergency meetings starting Monday.

The measure is a proactive one, Dix said, meant to prepare hospitals for a further onslaught of patients suffering illnesses, and more patients than usual recovering from surgeries.

Dr. Sanjiv Gandhi, who recently resigned from his job as pediatric heart surgeon at BC Children’s Hospital, said in the past, the EOC at BC Children’s Hospital did not involve hiring more staff to help manage the extra patients. An EOC, he said, is a meeting of the heads of various departments to discuss a specific issue and raise it up the ladder.

“It's really more of a form of communication to the upper echelon of administration, so that they are in the loop,” Dr. Gandhi said.

The health ministry confirmed this in an answer to Capital Daily’s questions on Friday, stating that EOCs are “staffed by our existing leadership teams and physician partners.”

But Dr. Gandhi described the response as a measure as futile as airbags that deploy after a vehicle crash.

“We shouldn't need EOC's, we've been talking about this for months,” Dr. Gandhi added. “We knew that COVID was still here, we knew that the respiratory viral onslaught was …affecting significant portions of the population, especially children.”

Provincial Health Officer Dr. Bonnie Henry, had acknowledged this onslaught herself during a press conference in early December.  “We started to see quite a dramatic increase about two weeks ago,” Dr. Henry said on Dec. 6, referring to a spike in influenza among children.

Flu cases in Island Health were indeed on the rise by mid-November, which is when the Public Health Agency of Canada declared an influenza epidemic, and high absences in schools proved it true by the end of the month. Still, there were no public health measures announced by the province.

‘Nobody knows what’s going on’

Twice during the press conference, the health minister was asked about reinstating public health measures, like a temporary mask mandate, as a step towards preventing the virus from spreading in the first place.

“It's not an issue of public health measures,” Dix said. “These 10,226 people are in the hospital today…and they're there for all kinds of reasons.” His list of reasons started with COVID-19, RSV, influenza and other respiratory illnesses, followed by mental health, surgeries, and other issues.

Cases of the new Omicron subvariant XBB.1.5, (dubbed “Kraken” by an Ontario biology professor) doubled in a week in the US becoming the most dominant strain.

Kraken has already doubled in BC too, but with less detection as most people are not tested for the virus—at last count on Jan. 4, the province knew of 12 lab-tested cases, according to CTV News. The federal health agency issued an alert on the same day about increased COVID-19 cases across the country.

But Dix said COVID-19 is not the issue at hand.

“Our current situation—the one that I've been briefing on today—is not affected obviously by this new variant which has relatively few cases that have been tested positive in BC,” the health minister said. “But it's obviously growing.”

Dix called BC’s vaccination program “the best in the world” and then encouraged more people to get vaccinated against COVID-19 and influenza; only one–in-three British Columbians got the flu shot this season, he said, and over a million haven’t had their COVID-19 booster vaccine.

Later, in answer to another question about public health measures, the health minister recalled  the high vaccination rate in BC as a reason for not needing a mask mandate.

“We are now a highly vaccinated province and so in [the] measures we take, we take that into account,” Dix said.

Healthcare workers and advocates have been calling for the resumption of some public health measures to curb the rise of respiratory illnesses for months. But BC health leaders’ position on masks has been inconsistent

“It’s a good idea to wear a mask when it’s needed,” Dr. Henry said, to the host’s exasperation.

At Friday’s press conference, Dix listed vaccines, hand washing, and staying home when sick as health measures he encourages. Masks, however, should be used “especially if they have any symptoms at all and they have to, for whatever reason, go out to wear a mask in those circumstances and consider using a mask, as I do, in indoor public places,” he said.

The province’s own website accidentally published new guidance on Jan. 4 recommending masks be worn in all public indoor spaces, but was quickly revised back to say they are “not required by public health” the next day.

“Nobody knows what's going on in terms of masking for that matter, and there's no other public health guidelines,” he said. “What we do know is that this new [COVID-19] variant is going to be significant. To pretend that it might not be or to wait and watch is a failing strategy.” 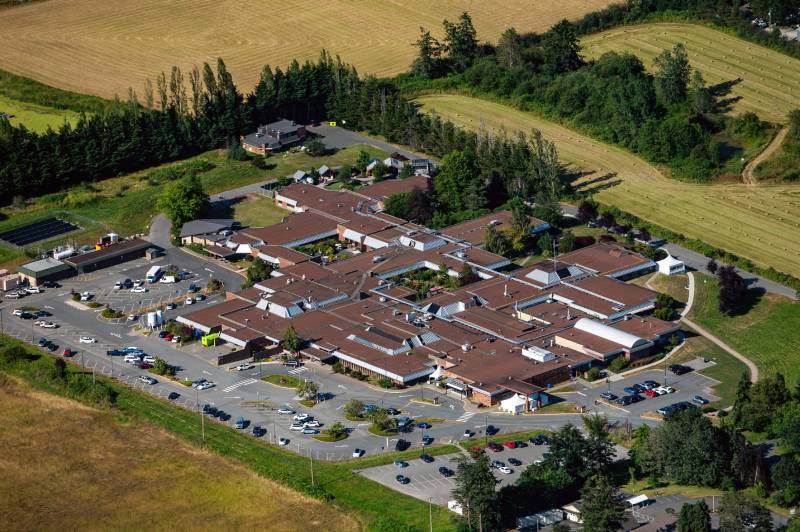 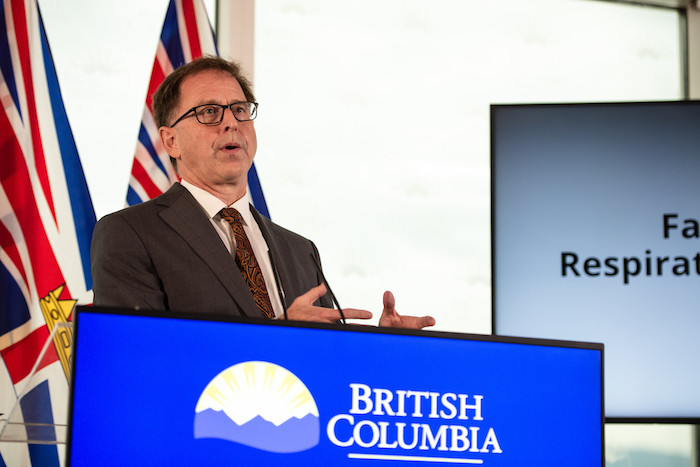 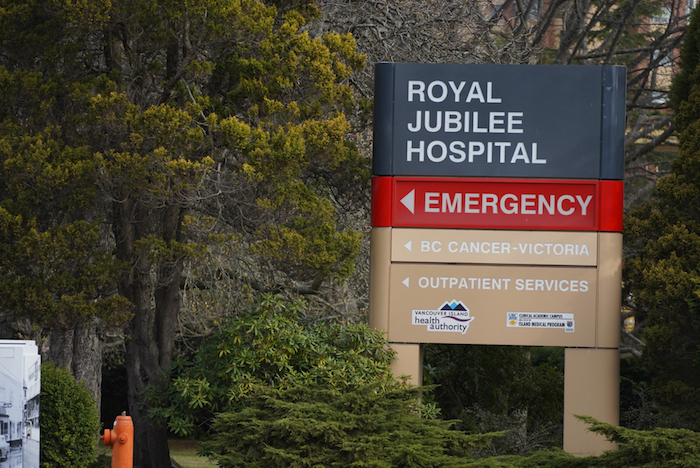