November 16, 2022
Get the news and events in Victoria, in your inbox every morning.
Thank you! Your submission has been received!
Oops! Something went wrong while submitting the form. 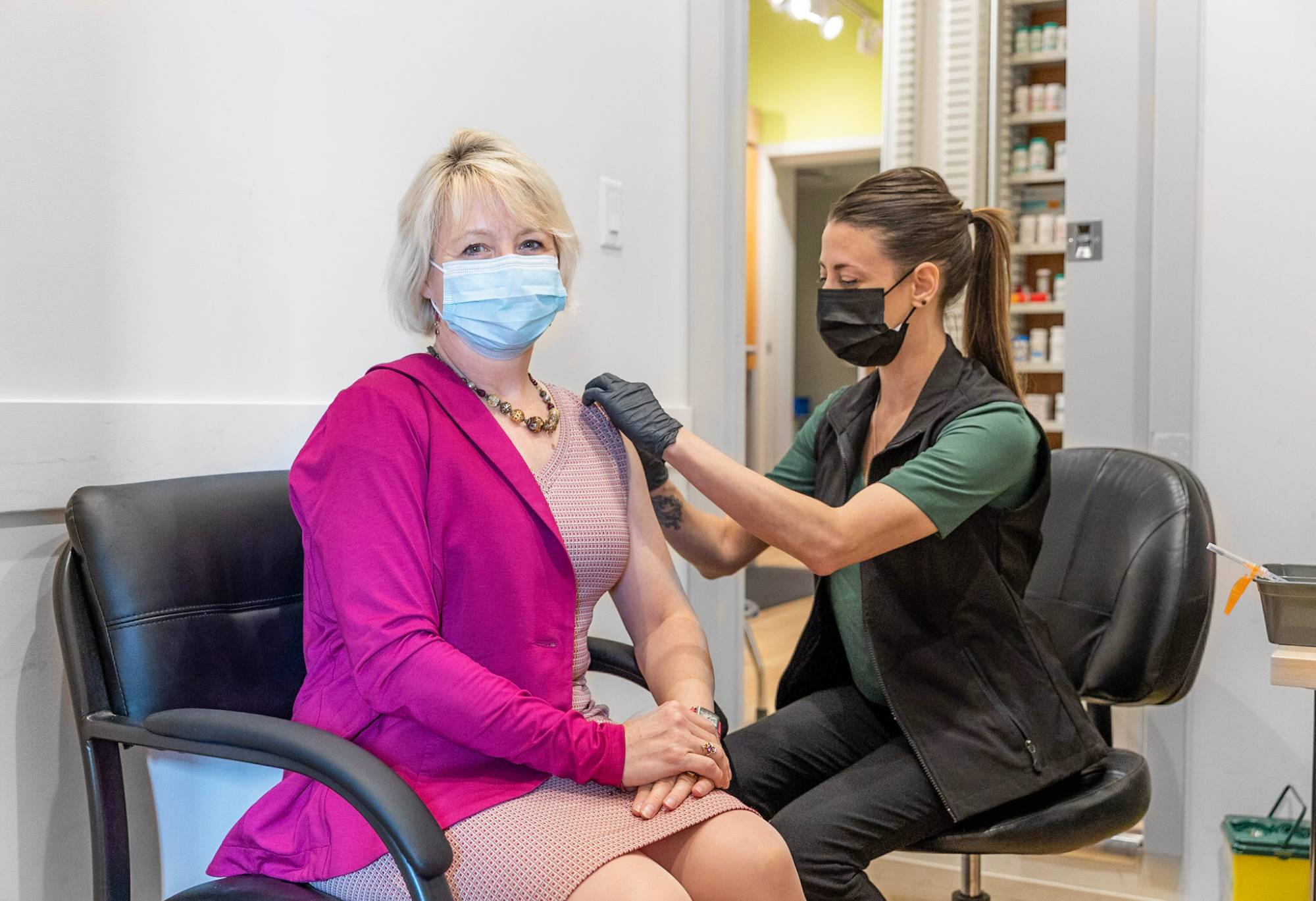 Flu season has definitely begun and cases of influenza are rising dramatically across the country. Local authorities, however, are not yet raising alarm bells.

The Public Health Agency of Canada declared an influenza epidemic on Monday as the test positivity rose above even the levels normally expected for this time of year. For the week ending Nov. 5, the test positivity rate grew to 11.7%, double the previous week’s 6.3%, and far above the “flu season” threshold of 5%.

In BC, the number of people seeking medical attention for respiratory symptoms has been increasing since mid-September across the province. The biggest increase in visits has been among children and youth, which is typical of seasonal respiratory infections.

The test positivity rate for Influenza A, the most common flu strain, rose sharply to 8% in the last week of October, double the previous week’s rate, mirroring the national trend.

“There has been a slight increase in people presenting at emergency departments with a respiratory related issue in recent days, which is consistent with historical trends and expected, as many viruses that cause respiratory illnesses circulate more in the fall and winter,” an Island Health spokesperson wrote in an email. “However, the number of those patients requiring admission to hospital has not increased in the last week.”

Island Health recommends getting an influenza vaccine along with a COVID-19 booster, and reminds everyone to wash your hands frequently and stay home when you're sick or have flu symptoms.

Provincial health officer Bonnie Henry and Health Minister Adrian Dix are expected to speak about the flu season at a press conference Wednesday at 11am.

Greater Victoria teachers are bracing for a surge in illness in the coming weeks, and they have already started to see some effects.

Ilda Turcotte, the president of the Greater Victoria Teachers’ Association, says she has heard from more SD61 teachers who have had to take time off work due to illness in recent weeks.

“I've had a number of teachers call me that have COVID. We have had some struggles with coverage in our schools,” she said. “They don’t want to miss work, because they know that there may not be somebody there to cover for them and that puts the pressure on their colleagues.”

She says there is a shortage of substitute teachers, so there is added pressure for teachers to stay healthy and show up to work. And for the substitutes that are called in, many are arriving at schools prepared to teach one class to find out they have been reassigned to a different class where they are more needed.

While she doesn’t know what the current rate of absenteeism is in Greater Victoria schools, she has heard from colleagues that they’re seeing an increase in absences in classes.

SD61 did not respond to a request for comment. In a statement from SD62, the district said it is currently not experiencing “elevated absenteeism for students or staff at any of our schools or sites.”

Turcotte says she is concerned the flu seasons will start affecting schools worse because of the reduced budget for custodian staff at some SD61 schools. To help reduce the budget deficit, the Greater Victoria School Board voted in April to halve the number of daytime custodians at elementary and middle school levels.

During the height of the COVID-19 pandemic, a lot of extra cleaning was happening to keep the school community healthy, Turcotte says, but that’s not the case anymore with the budget cuts.

“That means there's no custodians in our elementary classrooms during the day helping to wipe down desks after lunch or keeping bathrooms clean, and all that kind of thing,” she said. “So there's quite a worry that that's going to make things worse in their schools, if, you know, the level of cleanliness can't be upheld.”

She says the district is following provincial guidelines on cleaning, but those guidelines are too general for schools.

While mask mandates are no longer in effect, and some schools in the district are still not equipped with proper ventilation—she said she taught in a school last year where opening a door or window was the only way to properly ventilate her classroom—maintaining proper cleaning is essential.

“Students don’t sit at their desk by themselves the whole day long,” she said. “So the cuts to custodial time is of real concern.”