North Vancouver Island hospitals close overnight indefinitely
Business
News
Based on facts either observed and verified firsthand by the reporter, or reported and verified from knowledgeable sources.

August 4, 2021
Get the news and events in Victoria, in your inbox every morning.
Thank you! Your submission has been received!
Oops! Something went wrong while submitting the form. 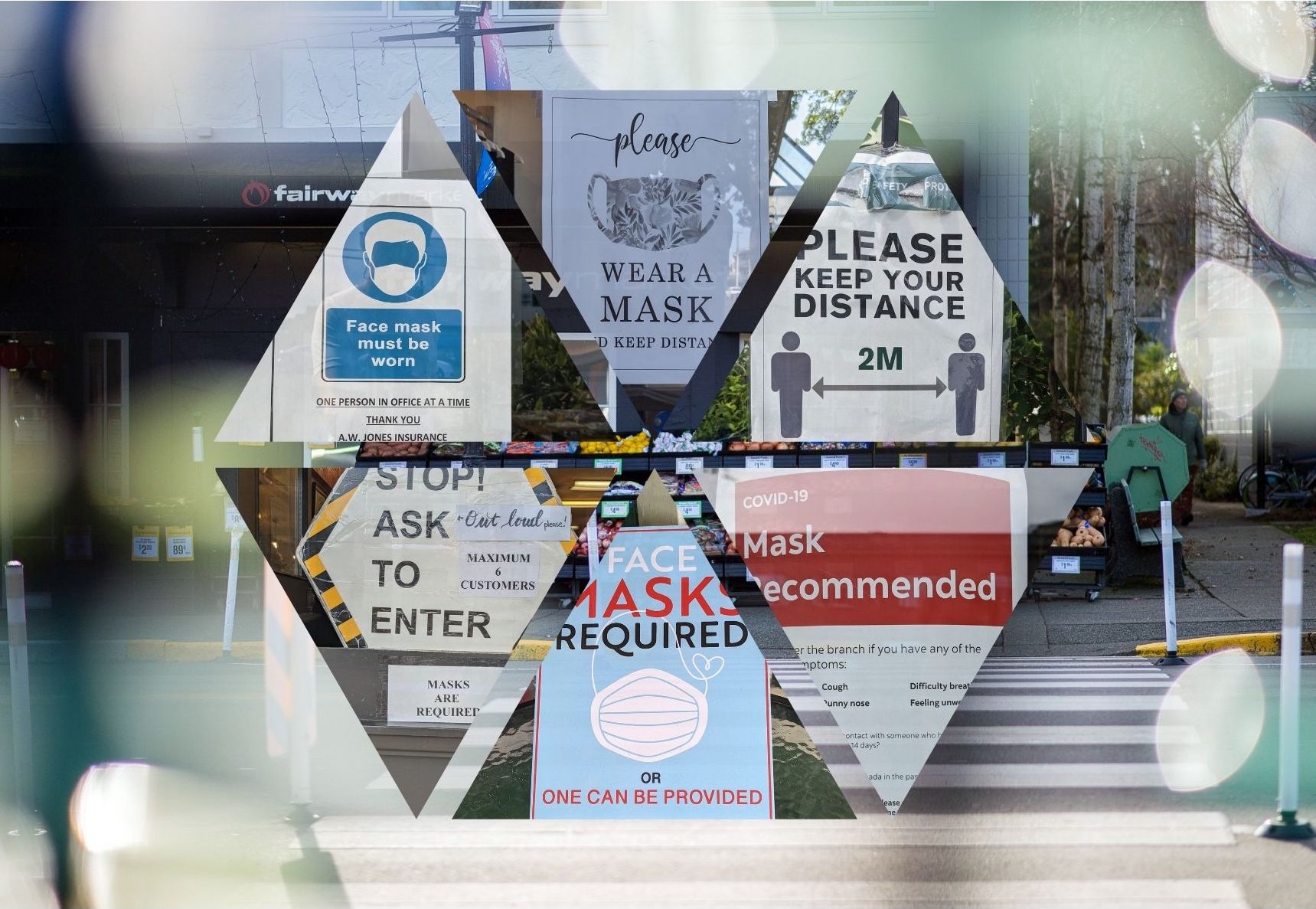 While big changes to businesses—like distanced seating and plexiglass barriers—became staples to curb the spread of COVID-19, perhaps the biggest source of polarization for businesses during the pandemic is an object the size of roughly 17 centimetres.

Face masks, a tool backed by science to help prevent the spread of diseases like COVID-19, have divided folks across the globe and here in Victoria.

In November, a man faced charges for physically and verbally abusing staff in a Yates Street grocery store for his refusal to wear a mask.

A few months later, protesters marched through downtown Victoria in defiance of mandatory mask mandates, and a BC Ferries vessel had to turn back to dock in April because of disruptions caused by an anti-mask passenger.

Mask guidance has loosened, however. In May, the provincial government unveiled a four-tiered restart plan that would allow for British Columbians to return to normal social and business interactions.

The province moved into stage three of the restart plan in July, lifting its mask mandate order. Despite the new rule, the rise of the Delta variant has some health experts concerned on whether plans to de-mask came too quickly.

Now masks are only officially recommended 14 days after the second dose of the vaccine.

But some Victoria businesses have chosen to continue some of their own COVID procedures—including mask mandates—after the province forged ahead in their restart plan.

As of the end of June, Vancouver Island grocery store Quality Foods asked customers to remain masked up inside stores, and continued an early morning shopping hour policy for only seniors and vulnerable shoppers. Ivy’s Bookshop in Oak Bay also extended their policy on mandatory masks.

In line with other retailers in the city, North Park Bike Shop has opted to keep their policy on masks and physical distancing in place throughout the rest of the summer.

“For the mask procedure, obviously it’s not mandatory for the staff or technically customers, but we are asking people [to wear one],” said Christine Warde, owner of North Park Bike Shop.

Because of the small space in their building’s upstairs and downstairs floors, Warde adds, they have also continued to implement a two-person or bubble limit in the store.

While they have been a bit more lenient on that policy in recent weeks, she says they will experiment with adding more masked customers in the building depending on the number of COVID-19 cases in the province.

“We’ll let more people in, but not necessarily have all gloves off.”

Listening to her staff, Warde says, played a large role in them extending their mask policy for the foreseeable future.

“We do have an immunocompromised staff member so once we feel like all of our staff have been double vaxxed… we will probably make it optional at some point, but we’ll just roll with it and see how things go.”

A masked trend for customers

Not only are some businesses continuing to mandate their own mask rules, a majority of Victoria customers have continued to wear masks even after the provincial mandate was lifted. Which begs the question: will masks be the way of the future for customers and staff after the pandemic?

“I can see a circumstance where case numbers rise a bit in the winter or at varying times and more customers and staff are wearing masks,” said Greg Wison, who represents provincial retailers with the province for the Retail Council of Canada.

“Until there’s less cases and more vaccinations—and that’s probably worldwide because we’re a tourism destination [in BC]—I think we’re going to be in for a bit of a roller coaster of feelings. Even if there isn’t a government requirement, I think there’s going to be periods when we as citizens might wear masks.”

Wilson says the current mask policy in the province varies retailer-by-retailer. In Sidney, the variation between mask policies even extends to seperate locations of the same business.

Muffet Billyard-Leake, owner of Muffet and Louisa, a home and decoration business, says that her mask policy differs at her two stores in Garden Court on Beacon Avenue following the removal of the mask mandate.

While Billyard-Leake is fully vaccinated and wears a mask herself, she doesn’t insist on customers wearing one to her location. At the second shop; however, since the staff have children and are not fully vaccinated, they ask folks to wear a mask and will offer one upon arrival.

Even after entering stage three of the provincial restart plan, in her location, Billyard-Leake says that a majority of customers have still decided to wear masks and are even cautious about entering the store if it’s busy.

“I have two wide double doors that are open all the time, and they’ll come to the doorstep to check how many people are in the store,” she said. “Self preservation is still quite strong.”

Masks in the fall

When the summer is over and fall weather returns, Wilson is looking ahead to what the COVID-19 case count will look like for businesses and retailers when folks are interacting more indoors.

Canada will also be re-opening its borders to international travellers by the fall. Wilson is happy for his tourism-reliant retailers, but will be monitoring how the increase in travel impacts the safety of local businesses.

The trend of customers wearing masks and businesses enforcing mask rules will ultimately depend on how much of the virus is still circulating throughout the province.

“[The retail industry] has really learned how to operate in this environment, and they’ve learned to be very flexible,” Wilson said. “I think they’ve been very resilient, and that’s something to be proud of.”

Warde agrees that she would feel more comfortable dropping all restrictions when she knows that more people in BC have been fully vaccinated, and if case numbers remain low. As of Tuesday, cases have continued to spike upwards following the removal of the provincial mask mandate—Vancouver Island alone added 42 cases over the weekend—though hospitalizations remain low.

For the next two months, Warde says they’ll remain status quo in terms of their policy on masks and customer limits, and re-evaluate in September.

“I’ll see how the fall plays out,” Warde says. “Because when the weather gets crappy again then I’m sure we’ll roll into phase 3.4 or something.”