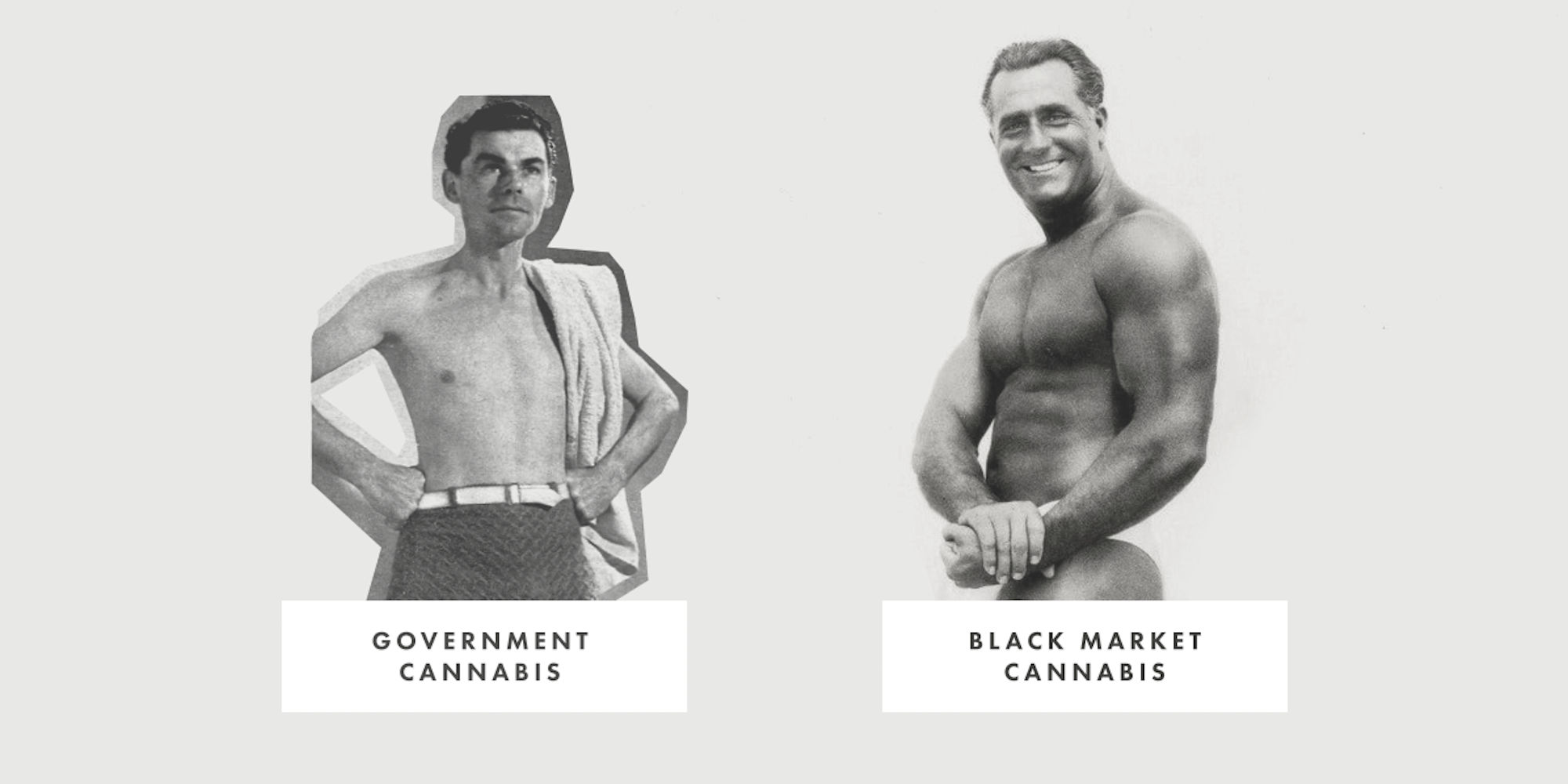 Last month, Capital Daily published an extensive feature detailing the latticework of delays, bureaucratic odysseys and general red tape that has characterized the first months of legal cannabis in BC. The end result is that one of Canada's most cannabis-infused provinces now has one of its weakest cannabis sectors. Over the past few weeks we've asked our resident data analyst, Snejana Vorona, to dig up the numbers on how legal weed is selling in BC, and how it compares to both the rest of Canada and our own still-substantial black market. Her findings, as laid out below, point to a province that has disproportionately refused to find above-board weed dealers.

As shown above, BC is in a distant fourth place when it comes to retail sales of cannabis. This isn't tremendously surprising with Ontario, which has nearly three times the population of BC. But Alberta, despite 700,000 fewer people, has been utterly thrashing BC's total since Day One. Wild Rose Country has been generally more permissive in granting licenses to both retailers and producers, and Alberta cities got a major head start on store openings. In the first days of legalization, when BC only counted one brick-and-mortar weed store, there were 12 in the Edmonton area alone.

Thirteen out of every 100 Canadians lives in BC. But as the chart above shows, that ratio certainly doesn't hold true for the country's pot-buyers. In the first month of legalization, BC accounted for only 2% of Canadian pot sales. And it's only been in 2020 that BC's proportion of Canadian pot sales has risen enough to match its proportion of the Canadian population. Still, for a province widely known as the Napa Valley of Cannabis, it would be reasonable to assume that BC should be accounting for a slightly higher share of national sales.

268 retail store licenses isn't nothing, but for context, that's the same amount of licenses that Alberta had issued a year ago. The keen observer may also notice that the most lightly populated region of BC is also the most disproportionate holder of cannabis retail licenses. One million of BC's 5 million people live in the Interior and North, but hold 55% of the province's retail licenses.

It turns out Statistics Canada keeps tabs on black market (or "unlicensed") sales of recreational Canadian cannabis. And as the chart above shows, legal weed has definitely taken a bite out of the black market, but hasn't yet been able to overtake illegal weed in raw sales. As legal drugs go, this is a disparity that remains unique to cannabis. Black markets exist for Canadian alcohol and tobacco, but they aren't the primary supplier. It also shows that cannabis legalization has thus far failed at its primary stated purpose. In the months leading up to legalization, the federal minister responsible, Bill Blair, often talked up the primary purpose of the Cannabis Act as taking a scythe to the country's illicit market.