A B.C. wildfire in its most out of control state (Province of B.C.)
Fire 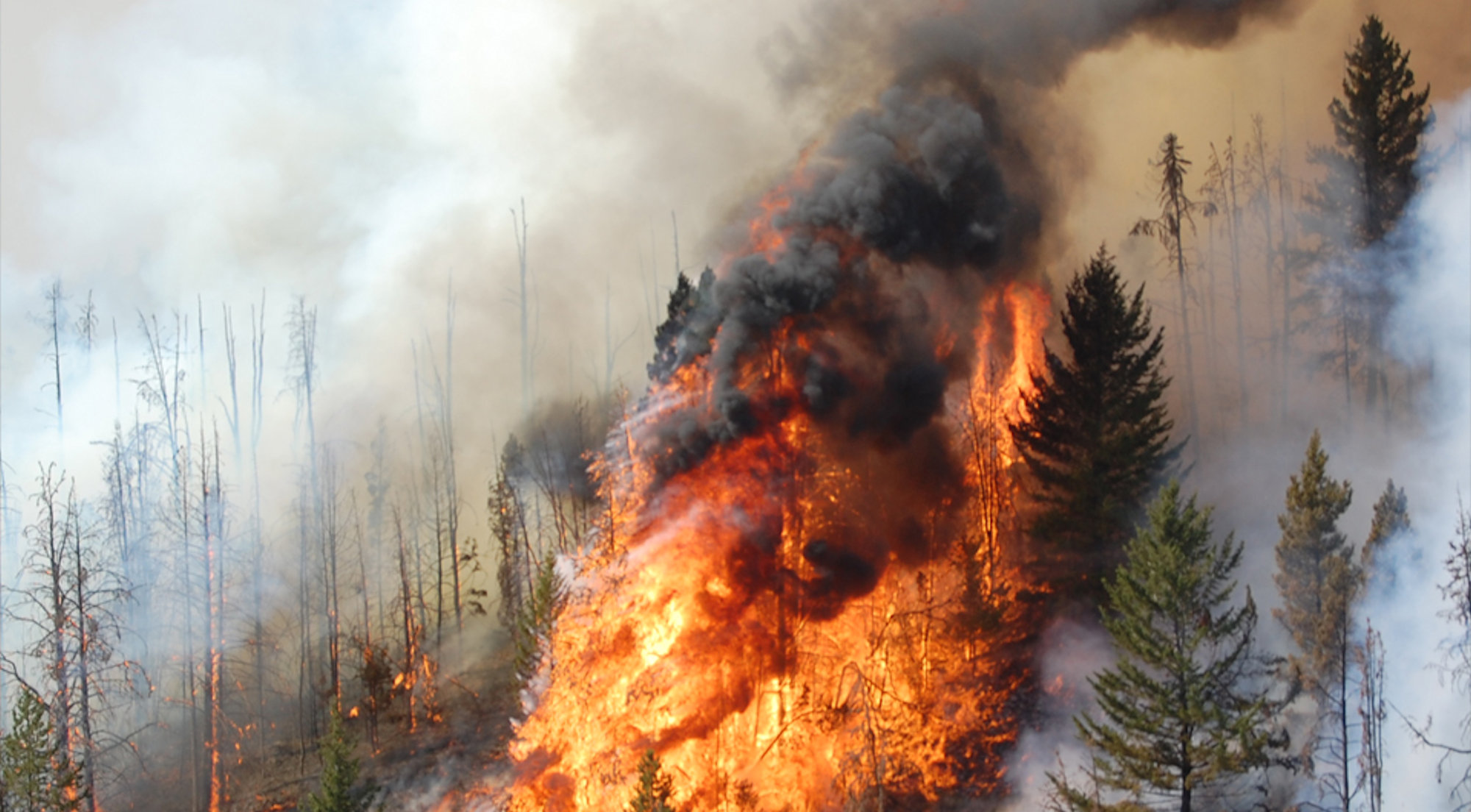 A B.C. wildfire in its most out of control state (Province of B.C.)

If you look at satellite images of Canadian cities ravaged by forest fire in recent years, one pattern emerges: They all kind of look like Langford.

Slave Lake and Fort McMurray, two Alberta communities both hit by multi-billion dollar fires, are composed largely of dense, low-rise suburbs built right up to the treeline. Langford has fuelled much of its explosive housing boom by building much of the same. The city is hugged on three sides by provincial parks and forests and many of its biggest housing developments, including the proposed Ridley Bros. development in South Langford, boast prime locations in the thick of forests.

In Langford, like much of Canada, homeowners want to live among trees and therein lies the risk. “A lot of the houses can be built pretty close right up to the edge of the forest. There’s not a huge buffer,” says Langford’s Assistant Fire Chief of Fire Prevention, Lance Caven.

In 2002, just at the beginning of its housing boom, Langford calculated the interface fire risk for different sections of the city. The resulting map shows that much of the city’s core areas are relatively safe, including Hatley Castle and Westshore Town Centre. However, many of the city’s newest subdivisions and developments are being built directly on the fringes of areas that are rated “extreme risk” to burn.

If an extreme fire were to break out, these would be the first to go. “The fire sweeps from the forest right into people’s homes,” says Daniel Perrakis, a fire research scientist with the Canadian Forest Service. If the fire were hot enough to produce embers, they could jump up to a full kilometre into the city, he explains.

Firefighting has not kept pace with growth

The number of fires on the Vancouver Island coast has already grown steadily over the past half decade from 90 in 2011 to more than 290 in 2018. According to Caven, the Langford Fire Department responds to between two and ten call-outs a day. “As a growing city we’re getting busier and busier,” he says.

Langford has spent much of the last 15 years as Canada’s fastest growing municipality, but it has not similarly boasted Canada’s fastest growing fire department. In fact, this city of 35,000 still puts out its fires largely with volunteers. The vast majority (more than 75 percent) of Langford Fire personnel are volunteers and, according to Caven, it’s becoming more difficult to recruit them.

Caven says there were times in the past where they’d call volunteers and have little or no response. Although it’s not as bad as that now, he admits “we’re not where we want to be.” In 2014 the department starting offering stipends in an attempt to boost its numbers and the reliability of its cohort.

It would be difficult enough if they were simply tasked with putting out fires, but Langford Fire also has to grapple with acting as first responders, herding school groups on tours and conducting inspections of at-risk properties. All these activities stretch their department’s meager resources to the brink. “It’s definitely challenging,” says Caven.

The good news: Langford trees don’t burn all that well

According to the Perrakis, the risk of a Fort McMurray-sized catastrophic fire striking Langford is “possible, but not likely.” That’s because, although geography matters, so too does fuel and the risk of ignition.

Unlike its fire-ravaged neighbours in tinder-dry Alberta, the forests around Langford are more like wood that’s been left in the rain for weeks. The boreal forests of Alberta consist of old, dry, hardwoods like Jack Pine or Balsam Fir, which light more easily. Langford, on the other hand, has fairly young, soft, rainforests of Red Cedar and Western Hemlock. “It’s quite difficult actually in a standing forest to light a fire,” says Perrakis.

Spontaneous ignitions, like when lightning strikes a tree and creates a spark, are also rare. Langford can go a whole summer with only a single lightning storm. That means there’s no real way for a fire to start naturally. “Occasionally we’ll get a few stray strikes and they’ll occasionally start fires but thankfully for us we don’t have a major ignition hazard,” explains Perrakis.

That’s not to say there’s no risk. Caven notes there have been a few incidents of fires starting after people improperly extinguished campfires or threw cigarette butts into dry grass. One man even started a grass fire while mowing his lawn after a rock ricocheted through his mower. “Predicting fires, especially large and damaging fires, is tricky,” says Perrakis. “Fire is an extremely dynamic process.”