August 29, 2022
Get the news and events in Victoria, in your inbox every morning.
Thank you! Your submission has been received!
Oops! Something went wrong while submitting the form. 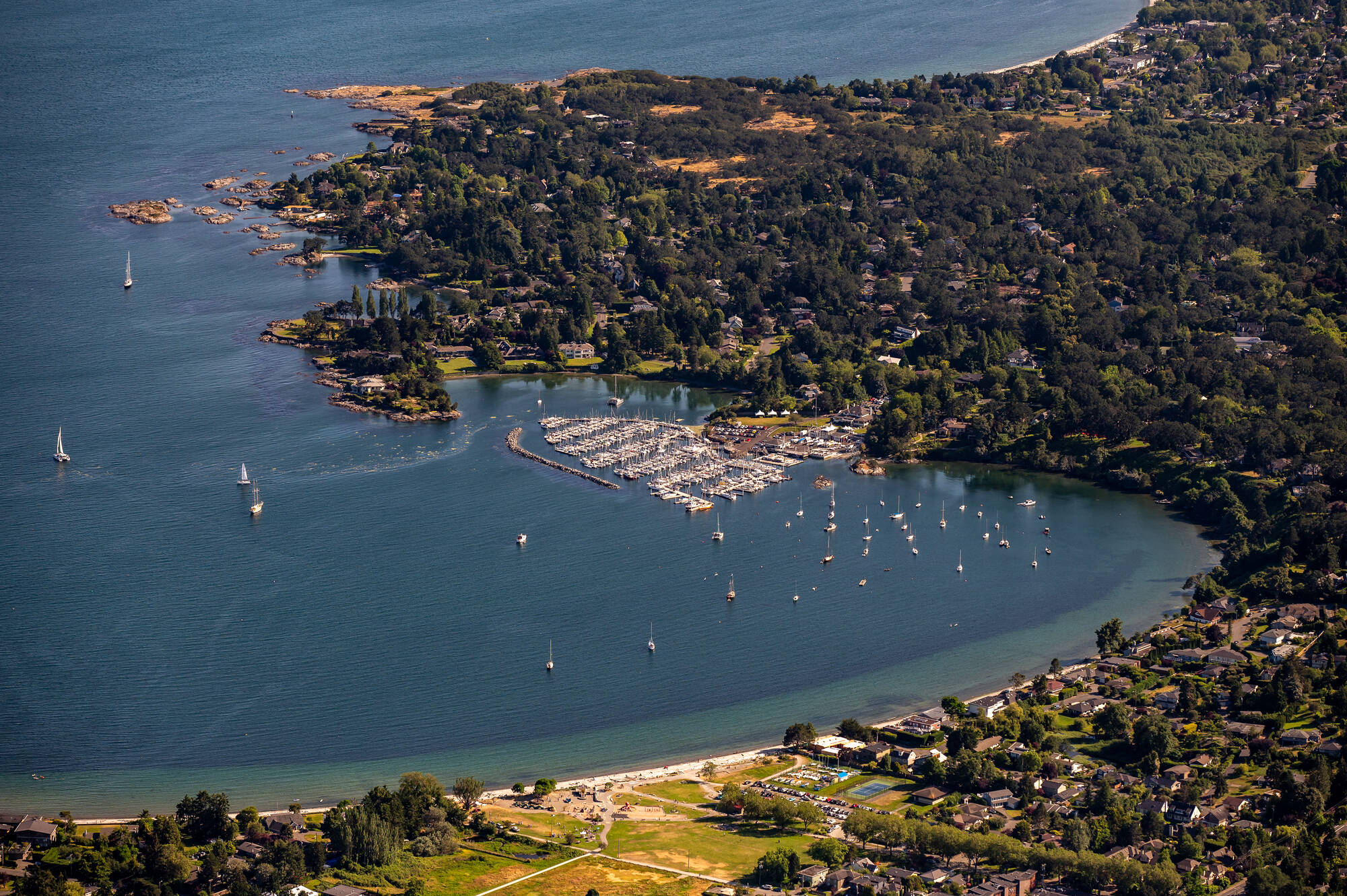 Saanich council got an earful at last week’s meeting as Cadboro Bay residents weighed in on proposed housing options under the local area plan at last week’s committee of the whole meeting.

Most of the people who addressed council expressed concern about adding density to Cadboro Bay Village—no surprise as nearly half of the 837 people who answered a community survey question about increasing height and density of housing to "meet housing/community objectives" such as affordable housing were "strongly not supportive" of the proposal while another 16% were "not supportive," for a total of 63% against.

Opposition to height and skepticism about price

‍About half of survey respondents gave support to three-storey buildings near the UVic Edge and Village Centre areas, and certain four-storeys in those areas. But there was little support for those heights in the Northeastern Village Expansion area and more than 70% opposition to all buildings of six or more storeys in all areas.

Respondents were generally not swayed by promises of affordable or below-market housing being included. Some letter-writers were skeptical that it could be achieved, citing the already high costs of acquiring Cadboro Bay real estate. Some feared that developers would push for height to stay profitable. A frequent sentiment in the public feedback was that the area was quiet and communal, and would be disrupted by development itself or incentives to sell to developers.

One individual, who accused council of prioritizing developer profits, was cautioned about the need to maintain a respectful tone while participating in public debate.

Mayor Fred Haynes echoed that sentiment, noting that "what was initially intended as a more modest sort of exercise and exploration has clearly not landed" the way council expected. Some residents specifically said in letters that the earlier plans they had seen were smaller in scale, and said they were revoking support that they had given to those earlier plans.

After extended discussion, council voted to support a motion from Coun. Susan Brice to have staff return to the local area plan and make "minor refinements based on feedback received" during the recent public engagement and then bring it back to council for consideration. Couns. Zac de Vries, Ned Taylor, and Rebecca Mersereau voted against the motion.

‍Clamour in Cadboro; calm in Cordova

‍Cadboro Bay also experienced controversy earlier this year, as the debate over whether dogs should be lashed on the beach due to migratory birds grew so acrimonious that someone was mailed a dead rodent.

The Cadboro Bay Plan is not to be confused with the Cordova Bay Local Area Plan, a guide to the next 20-30 years of growth in Cordova Bay, which was adopted by council earlier this year. That plan keeps the area as a low-rise (i.e. four-storey max) neighbourhood, but will add residential infill and pedestrianize the main strip.Council’s next meeting is September 19.

At their Committee of the Whole meeting last week, council heard Victoria Police Chief Del Manak and Esquimalt division lead Inspector Michael Brown present the department’s quarterly report. In the three months since their last update to council, the department saw an increase in calls for service to assist and a slight increase for property-related calls.

"This we see typically in quarter two and quarter three," Manak said. "As we get into the warmer weather, into the spring and summer months, you’ll see more people out, more people being active, and usually there’s a result in a higher level of calls—nothing to be concerned about."

This police report is the first one delivered to Esquimalt council since its recent decision to split its municipal policing away from VicPD in the future.

In answer to a previous question from council, Manak reported that out of the 10 prolific offenders in Greater Victoria responsible for 1,385 "negative contacts" with police over 23 months, three live in Esquimalt. An investigation initiated by the province is ongoing into how to better understand and address the 204 people across 10 cities who have been classified as prolific offenders. The Victoria area had the fewest such people among those 10 urban areas.‍

Coun. Tim Morrison asked how the police have addressed residents’ complaints about speeding at particular corridors. Insp. Brown said that after residents brought him speeding concerns about the Lyall-Macaulay intersection, he added extra speed enforcement officers there and used social media and new stop signs to emphasize the limit (30km/h for a school zone, vs. 50km/h for most of Lyall).

Council also voted unanimously to pay $22,560 for a crossing guard for Macaulay Elementary School, and heard a presentation from township residents Brian Cant and Kyle Kushiner, in which they called for lowering the speed limit of the entire Lyall Street corridor—citing over a dozen near-misses.‍

In his presentation, transportation planner Dan Casey from Urban Systems—who was hired by the township—pointed to gaps address in the current bylaw. These include tailoring parking supply based on population density, bringing bike parking and indoor cycling facilities under bylaw regulations, and modernizing requirements for accessible parking.

‍Following a 4-3 vote in favour at last week’s committee of the whole meeting, council will again debate whether to nearly double the salaries of mayor and council this evening.

‍Land use: A specific rezoning and general bylaw changes

‍Council will also consider the rezoning application to consolidate 2403 Sooke and part of 681 Allandale discussed at last week’s committee of the whole. Council voted against holding a public hearing on the proposed development, which will require rezoning to allow rental apartment buildings of up to six storeys.The 2022 Omnibus Land Use Bylaw Amendments are also up for discussion and adoption as is the option to waive a public hearing on the proposed amendments.

‍As covered last week in The Westshore, there’s a proposal to try to help alleviate the housing crunch by allowing one tiny house or an RV pad per property. Proponents argued it would allow them to stay in the region. Opponents objected that those housing forms don’t pay property taxes, and could end up as short-term rentals rather than housing for locals.

Find meeting schedules and links in our municipal master list.