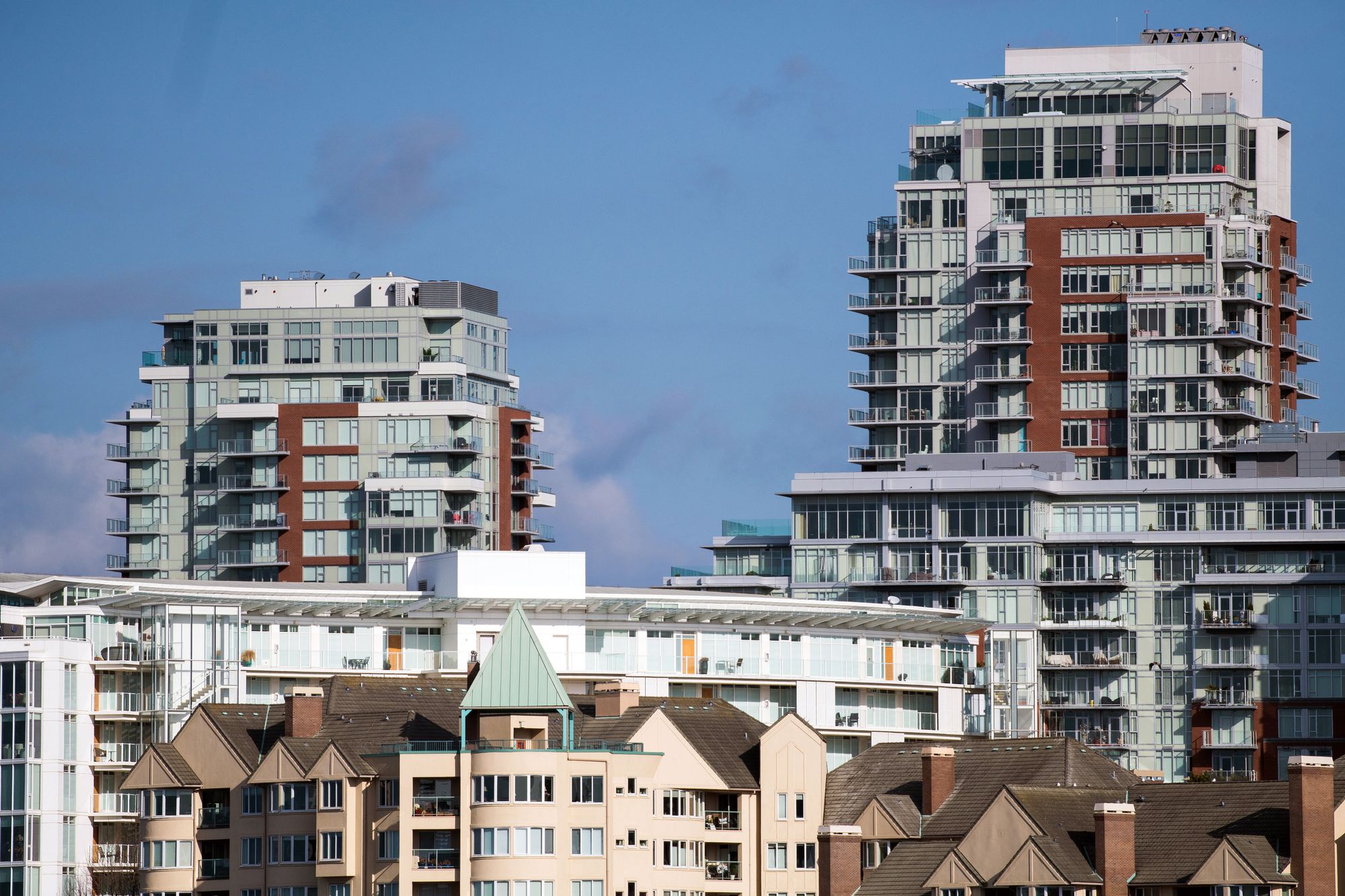 Solidarity among racket sports
In a show of inter-sport solidarity that has become rare in the era of endless court squabbles, the Peninsula Tennis Club and Saanich Peninsula Pickleball Association sent a joint letter to Central Saanich Council last week. The letter presents a mutually agreeable solution for the two clubs’ ongoing conflict around space: build new pickleball-specific courts. In the meantime, the associations said, one tennis court can be modified for pickleball use, while the remaining two courts should be reserved for tennis.

Health-care housing explored
Council unanimously approved a motion at the last council meeting to look into buying housing units to rent out to doctors and nurses in light of the health-care shortage. Staff were also asked to look into what the district can do—and what grants are available—to support residents in the event of a heatwave.

Car sharing and bike charging
At tonight’s meeting, council will discuss how it plans to collaborate with Modo to bring the car-sharing service to Central Saanich. Also on transportation, council will debate installing a bike/e-bike facility for storing and charging bikes at municipal hall, and possibly elsewhere.

Tonight, Sidney is having a regular committee of the whole meeting, at which they will be discussing three development applications that require rezoning if they are to be passed.

One of them is for a mixed-use commercial and residential development that would have a ground floor café and 63 family apartments. The applicant, Brent Alston from Alston Properties Ltd., is asking that council relax requirements on three-bedroom units’ locations in order to increase density.

Tonight, North Saanich is having a regular council meeting. Staff will present several reports to council, including ones on a regional growth strategy, tree protection bylaw, and the agricultural land reserve.

Council will also receive a letter of correspondence from the Town of View Royal, which is requesting North Saanich’s support for the Island Rail Corridor. View Royal seeks provincial and federal funds to keep the rail line. The BC Court of Appeal has ruled that governments have until March 2023 to decide if it is in the public interest or not.

By Hanna Hett and Jimmy Thomson

On Thursday, council adopted a recommendation directing staff to prepare amendments to the Streets and Traffic Bylaw to reduce the speed limits on local neighbourhood streets to 30km/h.

Council heard from the director of engineering and public works in June that collisions between vehicles and pedestrians or cyclists correlate with an 85% probability of death at 50km/h (the default Victoria speed limit) but 30% at 40km/h and 10% at 30km/h or less.

The new limit would not apply to roadways other than "local neighbourhood streets": not the main arteries, secondary arteries (e.g. Fort, Government), collector streets (e.g. Fernwood from Fort to Hillside, Foul Bay from Fairfield to Oak Bay boundary), downtown core streets, or any streets with limits already below 30km/h.

Staff will report back within a year of the changes, and provide recommendations for reducing the speed limits on city streets that are not designated as local roads (e.g. Toronto Street).

Read our full story on the speed limit vote for more on which exact streets are affected and on councillors' debate over whether speed limits change drivers' speeds enough.

Council also received a staff report on Thursday about future bike lane network plans; we'll have more on that in the near future.

That stage of assessing specific roads’ speeds, which Victoria may later explore, is one that Saanich is about to enter. Last week council approved a plan to conduct safe speed studies on nine traffic corridors later this year. The studies would look at the presence of vulnerable road users on the selected streets, the number of points that cars cross over sidewalks or bike lanes (i.e. driveways and intersections), and the amount of separation between road users to determine what a safe speed for the road would be.

The roads that will be included in the studies are:

These roads were all selected because crash data has shown that vehicle speed is an issue in these areas. The ultimate goal, staff said, is to review all streets, but starting with these nine [map below] will give staff insight into implementing the studies elsewhere. The second phase of the project would include "Type A" streets: streets without a continuous yellow centre line or with a neighbourhood bikeway.

The safe speed studies will begin this fall, and staff would seek approval from council for recommended speed changes in early 2023. New speed limit signs could start to be rolled out as early as spring 2023.

Rezoning fast-track finalized
At last week’s meeting, council also gave the final reading to the land-use and procedures bylaw that will allow rezoning applications consistent with the Official Community Plan to skip the public hearing stage.

Hearings for townhouses and fire station
Tomorrow evening at 7pm, there will be a public hearing on a proposed multi-unit townhouse development at 630 Gorge West, and on the proposed plan to build a new fire station at 4595 Viewmont.

109-unit condo goes to hearing
Last week, council voted to move Aquila Pacific’s proposed 12-storey condo building to public hearing. They gave first and second readings to Official Community Plan and Housing Agreement bylaw amendments that are needed to rezone the three lots—at 602, 608, and 612 Nelson—that would encompass the new building. Much of the rezoning is needed for the developer’s plan to save a ground-floor space for a commercial unit that they hope will be occupied by a cafe.

Of the 109 residential strata units, the developer proposes 10 units to be sold at 85% of market value (a studio, six one-bedrooms, and three two-beds), and offered one-year bus passes for the people living in those.

The remaining units are to be 64 one-beds, 44 two-beds, and a studio. The building, as proposed, would allot 110 parking spaces including 15 visitor and commercial stalls, plus 109 bike parking stalls. The development, as it stands, would also have various social amenities for the residents including a fitness centre, lounge, kitchen, and outdoor patio.

Councillor resigns to move south for job
Tonight, council will accept Coun. Jane Vermeulen’s resignation, effective July 15. Vermeulen was elected in 2018 and served one term as councillor. She is leaving early to accept a medical director position at a veterinary care clinic in South Carolina.

Parking concerns shrink proposed apartment
Council will also consider a proposal to redevelop 861 and 863 Esquimalt into a six-storey, 43-unit apartment building, and discuss moving it to public hearing. The proposal, as it stands, would require the building to have at least eight three-bedroom apartments and the lots are zoned for 44 parking stalls including one visitor space. The building also includes 43 memberships for a "shared vehicle organization," likely Modo.

The owners, McLash Development Ltd, reduced the number of proposed units from 60 to 43 after several rounds of public consultation, taking neighbours’ concerns about limited parking spaces into consideration.

Election update:
Last Friday, Chris Munkacsi became the first person to step forward as a candidate for Esquimalt council. Munkacsi said, in a statement, he has lived in Esquimalt for 14 years, and has been a director of the Esquimalt Residents Association, a member of the Esquimalt Chamber of Commerce, and a commissioner on the Township’s Advisory Planning Commission.

"Now more than ever, our focus needs to be on our global climate and our community’s people and to keep Esquimalt affordable, financially responsible, and environmentally livable," Munkacsi wrote.

On the meeting docket tonight: A staff recommendation to invest in additional sound mitigation measures at the Carnarvon Park Pickleball Court. There are also recommendations to approve a sidewalk patio governance expansion, and for safety and traffic-calming measures for MacNeill Avenue and its intersection with Foul Bay. There will also be a report from the fire chief on preparing for extreme heat events.

Subscribe to Oak Bay Local for more on these issues, and on local advocates’ push to get the Oak Bay Marina lease reconsidered.

But the lack of council meetings doesn’t mean there is no council-related business to bring you. Last week The Westshore covered how Sooke may fail to vote before the fall election on a new Official Community Plan, which has been in the works for years. Mayor Maja Tait pointed to the district being short-staffed and blamed the consultants for delivering an OCP draft full of typos, errors, and irrelevant information. Coun. Al Beddows blamed the slow process on a vocal few residents, saying it is always "the same agitators screaming in my face about stuff."

The Westshore newsletter also looked at why Metchosin was looking at selling land to the CRD in meetings closed to the public, and why the deal fell apart. Subscribe for free within to get more stories on Langford, Metchosin, Colwood, Sooke, View Royal, and Highlands twice every week.

By Cam Welch with Zoë Ducklow and Ryan Hook