The Littles’ last stand: how a modest farm stand got a couple into a neighbourhood jam
Photo illustration by Tristan Pratt for The Capital
COVID-19 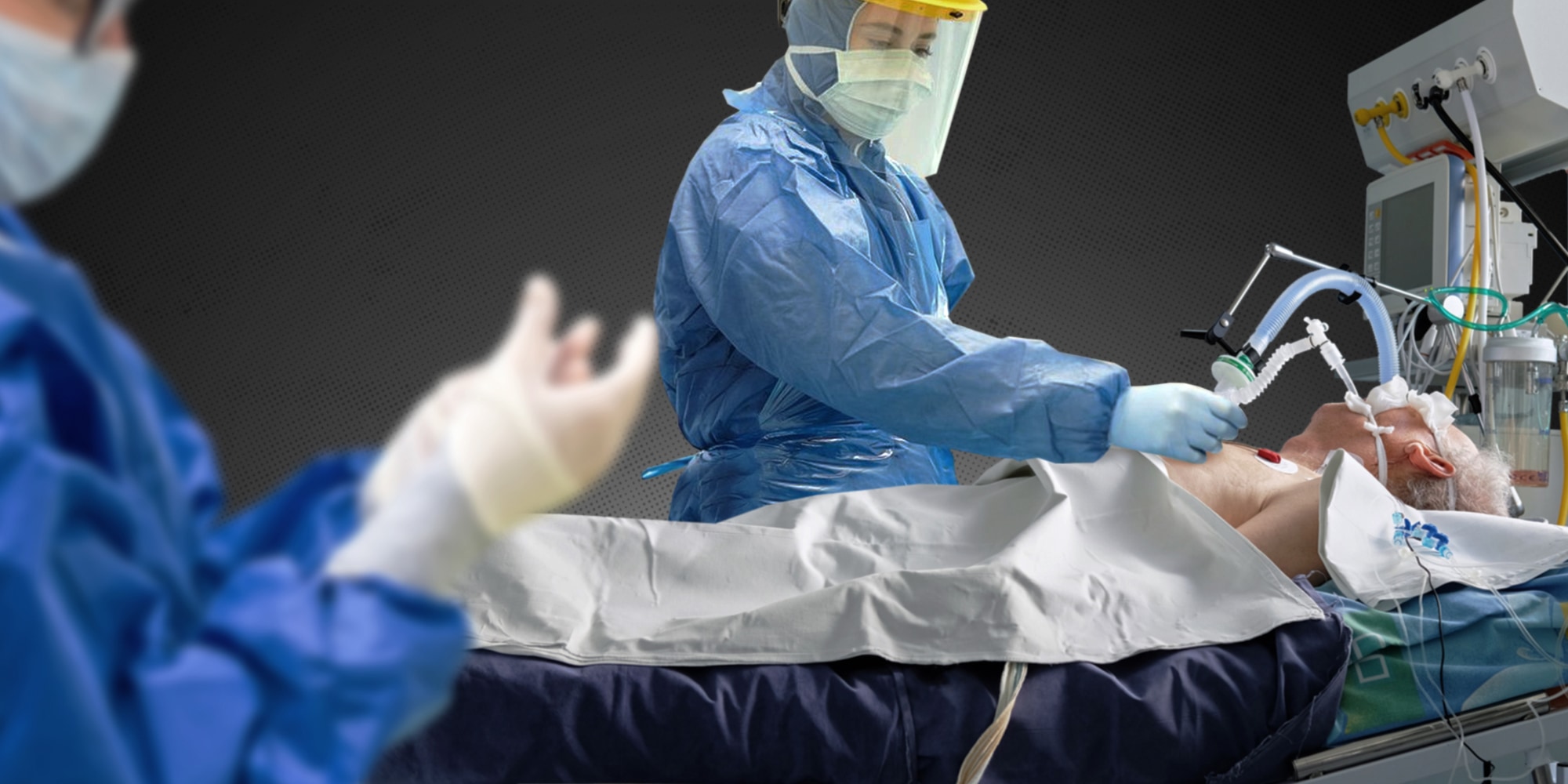 Photo illustration by Tristan Pratt for The Capital

Vancouver Island may be returning to normal, but hospitals around the world remain packed with the victims of COVID-19 and untold thousands have yet to die of it. As of this writing, the disease has killed nearly 500,000, in addition to shuttering borders, demolishing world trade, maxxing out government deficits and leading to the largest sudden loss of employment in modern history. BC has been lucky to ride out this pandemic with minimal damage, but The Capital sought to put its effects in context. Data analyst Harley Gordon dug up economic and mortality numbers from the last 100 years to weigh just how damaging the last six months have been for Canada and humanity at large.

Nothing loosens a government’s purse strings quite like a war or a pandemic. In one month alone, Canada paid out $35 billion to cover the CERB payments of more than six million Canadians, with this cash coming exclusively from debt taken out on top of an already deficit-heavy federal budget. The recent extension of CERB benefits added another $13 billion dollars to the already massively expensive COVID-19 pandemic response funding.

On June 12th, the Parliamentary Budget Officer released an estimated cost of the Covid-19 pandemic. Canada is spending $169 billion extra dollars. Economists at the University of Cambridge estimate the global cost at an optimistic $3.3 trillion or a pessimistic $82.4 trillion. These numbers vary so widely in part because the world will be recovering from the global slowdown in trade for years to come. The World Trade Organization predicts trade volume to decrease anywhere from 12% to 30% in 2020. Regardless of the final amount, this pandemic has proven costlier than any before it.

In a report by the Fraser Institute, a right-leaning Canadian think-tank, the federal government's pre-COVID budget already planned to spend around $9,306 per person, the highest in Canadian history even accounting for the Second World War. However, Canada is also a much wealthier country than it was in the 1940s. The advent of WWII saw a budget increase of 700% within two years, whereas COVID-19 has resulted in only a 40% increase, now sitting at a per person rate of over $13,000.

The International Monetary Fund (IMF) was created after WWII to provide financial loans to countries in economic crises. There are currently 66 countries receiving IMF financing as a result of COVID-19. This has more than doubled from the 35 countries with outstanding loans as of May last year.

Canada lost 3 million jobs between February and April of this year. BC lost nearly 400,000. We’ve seen a small recovery with BC gaining 43,000 jobs in May, but the unemployment rate continues to be a staggering 13.7% across Canada. Compare that to August 2009 after the 2008 recession when the unemployment rate peaked at just under 9%.

The middle of the Great Depression saw unemployment levels peak as high as 25% throughout North America and Europe, and unemployment rates were above 15% for nearly a decade. We’re already seeing a reduction in the unemployment rate, and thankfully it is unlikely a decade-long economic depression will occur.

European countries, as seen below, have managed to keep unemployment levels from spiking like we see in Canada and the US thanks to their policy of short-time-work, in which the government maintains an employee’s pay despite reduced working hours, thus preventing layoffs. This was a widely used policy during the 2008 financial crisis, and prevents employers from having to rehire workers when operations resume.

COVID-19 is the second deadliest natural disaster to strike Canada, but as global pandemics go it’s proved to be a bullet dodged

COVID-19 doesn’t hold a candle to the apocalyptic pre-Confederation smallpox outbreaks that tore through the lands that now comprise Canada. In the 1860s around 60% of the Indigenous population of BC was lost to smallpox; at least 30,000 people.

The most recent catastrophic outbreak of infectious disease was the Spanish Flu, which broke out during the final years of the First World War, quickly killing well more than the conflict. An estimated 50 million people died at a time when the world population was less than 2 billion. It’s the equivalent of more than 170 million deaths today, or 340 times more than COVID-19’s current death toll.

In 1957 there was an “Asian Flu” outbreak that killed an estimated 1.1 million people worldwide. The Dow Jones industrial average lost 15% of its value in 1957, and some governments of the world closed schools and factories. The destruction of that disease, however, was curbed significantly by a vaccine becoming available only 7 months after the start of the outbreak.

Only 10 years later, the 1968 flu pandemic (Hong Kong Flu) killed an estimated 1 million people worldwide. This flu, however, was thought not deadly enough to warrant restrictions on economic activity, and a vaccine was available only 4 months after the start of the outbreak.

However, in the last 20 years, the world may have adopted a false sense of security over the ability of public health authorities to quickly rein in pandemic.

Since 2000, two out-of-the-blue coronaviruses, SARS and MERS, had a combined death toll of only 1,640, including 33 SARS deaths in Toronto. Canada also saw a GDP reduction of $5 billion in 2003, due in part to SARS. Worldwide SARS was estimated to have cost 40 billion USD. MERS in 2012 did not receive the same publicity despite having a fatality rate of over 30%, it remained localized and did not establish a beachhead internationally.

Swine Flu emerged from Mexican pig farms in 2009, and is estimated to have killed 201,200 people in a year. But prompt vaccine availability and low infection lethality kept restrictions and spending in check.

Most recently, 2014 to 2016  saw an Ebola outbreak that ravaged west Africa. Ebola is a terrifying disease that has a fatality rate of nearly 50%, (COVID-19 is 0.5-1%) luckily though, it is not spread through respiratory droplets like influenza or coronaviruses making its spread much slower. The outbreak did result in 11,325 deaths, but these were almost exclusively contained to Liberia, Sierra Leone, and Guinea.

What made COVID-19 so impactful was its unfamiliarity

The end result of COVID-19 is that the world expended untold fortunes on a disease that was ultimately less deadly than many prior diseases that have been almost forgotten to history. However, there are some key characteristics of COVID-19 that made it particularly worrisome to health experts.

For starters,  COVID-19 spread alarmingly fast. Once it left China it was seemingly everywhere in the world all at once. Although we now know that there were cases in Europe and the US as early as December, we did not know that in March.

Secondly, early data suggested COVID-19 was much deadlier than it really. MERS and SARS are both similar viruses to COVID-19. They have high fatality rates of 34% and 10% respectively. Compared with flu fatality rates of 0.1%, these are incredibly lethal diseases. Early estimates had COVID-19 at around a 3% fatality rate (similar to the dreaded Spanish flu), although as The Capital has covered, it is likely much lower.

Thirdly,  there was no immediate light at the end of the tunnel for this pandemic. Medical researchers are pretty skilled at making flu vaccines, but coronaviruses are a different animal entirely (notably, neither SARS or MERS ended up getting a vaccine).

And finally, COVID-19 posed an explicit threat to one of Canada’s fastest-growing demographics: Seniors. Had COVID-19 struck in 1918, just like the Spanish Flu, only 370,000 Canadians would have been in the 80+ cohort most threatened by the disease. Today that number sits at over 6.8 million and nearly 20% of the population.

INFOGRAPHIC: Every Canadian Killed by COVID-19 To Date