An 1827 map showing the existence of “Cowitchin Villages” near the mouth of the Fraser River (Credit: Barry Lawrence Ruderman Antique Maps Inc.)

October 15, 2019
Get the news and events in Victoria, in your inbox every morning.
Thank you! Your submission has been received!
Oops! Something went wrong while submitting the form.

An 1827 map showing the existence of “Cowitchin Villages” near the mouth of the Fraser River (Credit: Barry Lawrence Ruderman Antique Maps Inc.)

As the Cowichan tell it, before the arrival of Europeans it was they who commanded the Salish Sea. From homelands in the modern-day Cowichan Valley, Cowichan canoes regularly crossed the Strait of Georgia to push ashore at what is now Vancouver International Airport, Steveston and Point Roberts.

“We were the most powerful tribe on the southern coast of what is now called British Columbia. We were the undisputed rulers of our territory,” reads the website of the Duncan-based Cowichan Tribes, B.C.’s largest First Nation.

And the best proof of this sprawling realm was a lost village named Tl’uqtinus. Numbering as many as 100 longhouses, it was a bustling centre of trade referred to by later generations of Cowichan elders as a “little New York.” Every summer, it would reportedly be the destination for a sea-darkening flotilla of canoes as whole households made the more than 80 km journey from Vancouver Island to the mainland.

What made Tl’uqtinus particularly special was its location. The village was located at the mouth of the Fraser River; it was strategic territory that laid claim to one of the richest fishing grounds on the entire planet, and it was Cowichan who had the clout to hold it.

But as a modern-day Cowichan alliance goes to court to re-assert their Salish Sea realm, they are butting up against mainland interests that even include fellow Salish. More than 200 years after Tl’uqtinus’ heyday, it’s now in the hands of the B.C. Supreme Court as to whether the peoples of the Cowichan Valley were indeed once the region’s unquestioned rulers.

“Our homeland was stolen from us. We want the lands that are held by government returned to us,” said William Seymour (Squtxulenuhw), chief of the Cowichan Tribes, in a statement earlier this year announcing legal action to recover the Tl’uqtinus lands.

The action calls for the lands which once formed Tl’uqtinus to be returned to Cowichan hands, and for Cowichan fishing rights to be extended all along the southern arm of the Fraser River.  If all goes in the Cowichan’s favour, the case could be the basis for an ultimate territorial claim starting near Lake Cowichan, encompassing much of the busiest areas of the Strait of Georgia and stretching up the Fraser River as far as Port Coquitlam.

Lawyers for the Cowichan assert that they have ample historical documentation on their side. As white explorers and surveyors began charting the region beginning in the early 1800s, they often took note of which nation was in charge of the Fraser River delta.

In 1808, the explorer Simon Fraser was warned by upriver Indigenous groups that as he paddled towards the Pacific, he would be getting ever-closer to the realm of the feared “Ka-way-chin.” In 1824, the fur trader F.N. Annance spoke of a settlement on the southern edge of what is now Richmond stretching for one mile down the beach.

On maps that were almost completely devoid of other Indigenous landmarks, cartographers found they couldn’t ignore the massive stretch of longhouses dominating the entrance to the massive waterway, and the powerful nation that ran it.  In 1827, a surveyor working for the Hudson’s Bay Company recorded “Cowitchin Villages” on the site. Archibald Macdonald, a Hudson’s Bay Company official from this era, called the Cowichan the “leading nation in this quarter.” Even in 1852, as Britain consolidated its hold on the area, a U.S. Navy survey team similarly noted the “Cowitchen Village” clearly visible on the left as one sailed up the Fraser.

“It was a powerful trading centre for the south-central Vancouver Island Coastal Salish First Nations and a permanent site for many trade commodities,” read a Cowichan submission to a Port of Vancouver environmental assessment.

One surviving Cowichan elder, Virginia Mabel Mitchell, has even testified to still traveling to the village site with her family in the early 1940s. She said her uncle had told her of “big groups of 100 to 200 canoes” gathering at the tip of Galiano Island each spring before making the journey to Tl’uqtinus.

Archaeological evidence, however, isn’t quite as clear cut. Multiple digs since the 1980s have turned up nothing except a couple of rock shards believed to have come from stones that were used to boil water. Any evidence of Tl’uqtinus could be buried under a former City of Richmond landfill. Or, as an all-wood village, any traces of it may simply have ceased to exist. “Our ancestors touched the lands, rivers, and oceans in our territory lightly and with respect,” reads a Cowichan Tribes write-up. “Today, you can walk on ancient village sites and see little evidence of our ancestors’ presence because of this respect for the earth.”

The court action is being led by the Cowichan Nation Alliance, a coalition of four First Nations based around the Cowichan Valley, roughly between Duncan and Ladysmith. The Alliance contends they all share the same cultural background, but were arbitrarily splintered apart in the colonization of British Columbia.

The Cowichan also claim that they would already have reserve lands on the mainland if it weren’t for the actions of one man: Richard Moody, B.C.’s first governor general and the namesake of Port Moody. While reserve lands were being drawn up starting in the 1850s, Moody “surreptitiously took part of the lands for himself,” reads a statement by the Cowichan Nation Alliance.

The Tl’uqtinus site is now mainly an industrial park; an out-of-the-way collection of port facilities and warehouses, including distribution centres for both FedEx and IKEA. When Cowichan Valley First Nations now gather on the site for ceremonies, they do so in the shadow of shipping containers and semi-trucks.

“We aren’t looking to invalidate the ownership of any privately held land,” Cowichan Tribes chief William Seymour said in April. Rather, the suit is seeking about 780 acres of former Tl’uqtinus territory that is still in government hands, be it lands that are owned federally, by the City of Richmond or by the Vancouver Fraser Port Authority.

And it’s these groups that are now finding themselves as defendants against the Cowichan Nation Alliance. The Tsawwassen First Nation, in turn, joined Richmond and the Port Authority when it emerged that the Cowichan claim to fishing rights would overlap with their own. The Musqueam were added as defendants due to a similar overlapping title claim.

The case continues to wend its way through B.C. Supreme Court, the claim may end up coming down not to whether Tl’uqtinus existed, but whether the modern Cowichan Nation Alliance are truly its rightful heirs.

As one potentially telling submission from Victoria has already put it, “British Columbia denies the existence of a single historic Cowichan Nation.” 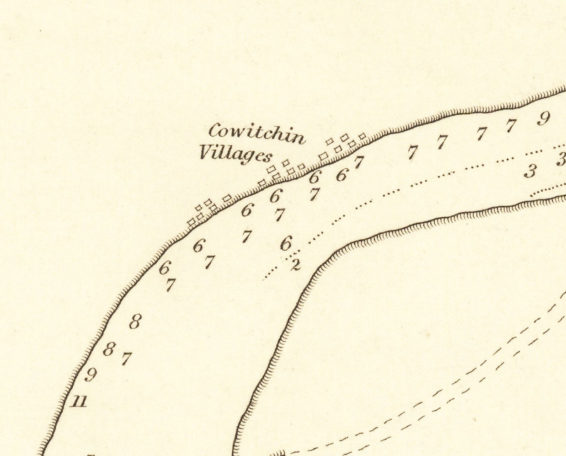 A coalition of Vancouver Island First Nations are in court to prove that they were once the undisputed rulers of much more than the Cowichan Valley
No items found.