Victoria author Wendy Proverbs's tween book captures the pain of distance in the Sixties Scoop
A burst water pipe in Melbourne, Australia. A rupture of Victoria’s Residual Solids Conveyance line probably wouldn’t be as violent, if only because sewage sludge is much thicker than water (Credit: Flickr user starr61).
Sewage 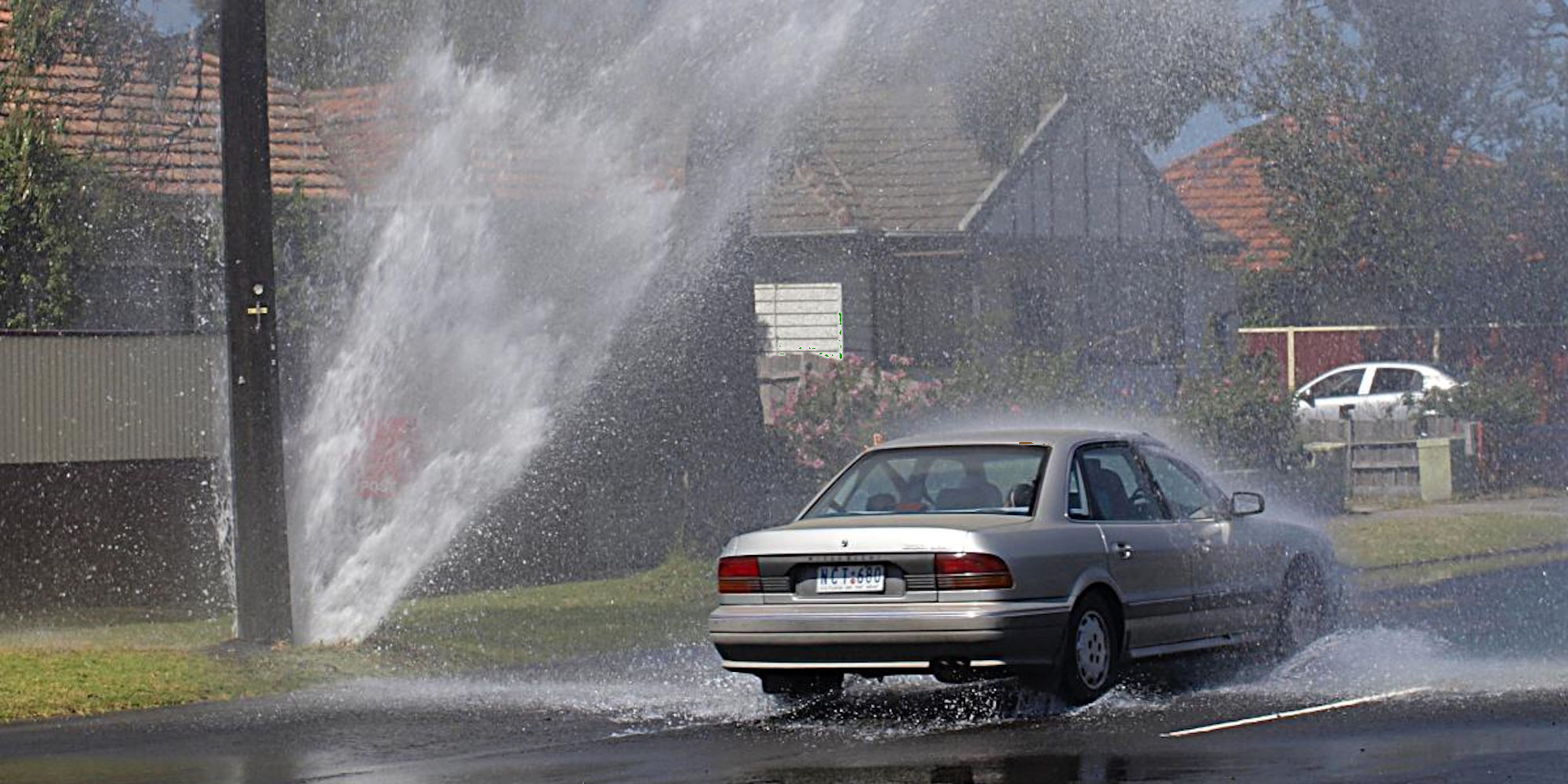 A burst water pipe in Melbourne, Australia. A rupture of Victoria’s Residual Solids Conveyance line probably wouldn’t be as violent, if only because sewage sludge is much thicker than water (Credit: Flickr user starr61).

When Victoria officially cuts the ribbon on its new $775 million sewage treatment project, the benefits of wastewater treatment will also come with the non-zero chance that, at some point in the future, a section of the city could be struck with a substantial spill of pressurized sewage.

It wouldn’t just be regular sewage, either, which is mostly flush water. It would involve a hyper-concentrated sludge of human waste saturated with infectious agents and toxic chemicals.

One of the signature elements of Victoria’s new sewage treatment infrastructure is a 19.3 km long Residual Solids Conveyance Line that would link together the newly built McLoughlin Point Wastewater Treatment Plant with Hartland Landfill.

The city’s raw sewage will first go to McLoughlin for treatment, and then any stubborn leftovers will be piped to the Hartland Landfill for final processing. According to the latest update by the Capital Regional District, who are overseeing the project, over 12 kilometres of pipe has been laid as of September 13, 2019.

“Residual solids” or “biosolids” are the technical term for what is colloquially known as “sewage sludge.” Basically, it’s a solid paste made from almost everything that is ever flushed down the toilet or poured down the drain.

According to Environment Canada, the end result is a mix of human feces and “high concentrations of pharmaceutical/personal care products, industrial chemicals and metals.” Interestingly, those metals may include gold, thanks in part to Goldschlager drinkers and the occasional swallowed wedding ring.

Victoria’s sludge will be piped along a largely rural route, but it will nevertheless pass within a block of Esquimalt High School, through Gorge Park and past both Camosun College’s Interurban Campus and the Dominion Astrophysical Observatory.

“No one would accept an oil pipeline along this route,” wrote one skeptical Times Colonist letter writer in 2016, adding “is a pipeline carrying what they are euphemistically calling ‘residual solids’ more acceptable?”

Project planners have been fully cognizant of the delicateness of pumping concentrated sewage under 19 kilometres of Greater Victoria, and official CRD literature touts the line’s durability, noting that it’s meant to withstand disasters and is composed of earthquake-proof materials.

“The RSCL is designed to meet stringent post-disaster design requirements. This means it is designed to remain operational following a major earthquake,” CRD Senior Manager Andy Orr told The Capital.

Victoria’s distilled droppings will make their final journey through pipes made of ductile iron. Although touted for its strength and flexibility, the pipe is about the same as those used in the construction of the region’s water main pipes.

In widespread use for more than 50 years, ductile iron is certainly not immune to failure or rupture. A comprehensive 2018 study out of Utah State University, in fact, found that Canadian ductile iron pipes have a higher failure rate than any other type of pipe except for cast iron.

The pipe will also be pressurized. Although it does not have a uniform pressure, at the pipeline’s various pumping stations the pressure “is similar to the pressure of the municipal drinking water system, and the pipes are sized accordingly,” said Andy Orr.

According to CRD regulations, water pipes are designed to move liquid pressurized at 60 psi during peak demand times. This means that, at pumping stations at least, Victoria’s sewage sludge could be brought to a pressure similar to the air inside a bicycle tire.

To rein in the damage in the event of a rupture, Victoria’s sewage sludge line was built with an automatic system to halt flow if it detects a change in pressure. A similar safeguard is routinely used on oil and gas pipelines.

“The RSCL will be controlled 24 hours a day, 365 days a year. Pipe operation would be automatically halted in the event of an alarm, based on change in flow or pressure, and incident response procedures would be immediately initiated. Pipe operation would only be resumed following investigation,” writes CRD’s qualifications for the project.

While the chance of failure is low, particularly in the pipeline’s opening years before corrosion begins to set in, waterlines composed of similar piping have been known to burst in the past and cause temporary flooding.

In July in Ketchikan, Alaska, a 30-year-old ductile iron water pipe burst due to corrosion, spilling out 14,000 gallons of water per minute before the rupture was repaired. The spill quickly caused a sinkhole that was large enough to swallow a car.

The Residual Solids Conveyance Line will also be subject to all the usual perils that can force a pipe apart. Abrupt changes in pressure are one of the main reasons for breaches in sewage pipes. These can occur due to conditions within the pipes or external factors like sudden impacts.

On September 24, 2012, a minor car crash on Douglas and Chatham St. sent a shockwave into the ground known as a “water hammer” which fractured the main line leading to flooding.

Unlike water however, which can simply be drained away, a broken Residual Solids Conveyance Line has the potential to impose a miniature biological disaster if it breaks.

In the case of an outdoor spill, it’s reasonable to assume that the entire contaminated area would have to be evacuated and a waste disposal team called in. Sewer grates would need to be covered to prevent the toxic feces from contaminating the groundwater. The smell, naturally, would be far-reaching.

A procedure document on sewage spills by the Australia’s Redland City, for instance, notes that “for large spills it may be necessary to construct an impervious embankment of earth, brick, stone or other suitable material to retain liquid.”

“Contaminated soil, sand or lawn should be allowed to degrade naturally as microbes will be inactivated within several days of exposure to UV radiation from sunlight,” it read. And Redland is only referring to regular sewage, not sewage sludge.

Any workers sent to deal with the sludge spill would have to be clad in protective body suits and gas masks. According to the Canadian Centre for Occupational Health and Safety, raw sewage contact could potentially lead to contracting microbes like E. Coli, hepatitis or tetanus.

And again, any leaked sludge couldn’t simply be drained away through normal channels. Depending on the severity of the flood, vacuum trucks could be required to suck the sludge off the streets and then truck it manually to Hartland Landfill. Once as much of the solid waste as possible is retrieved, workers then would have to blast the surrounding area with a heavy dose of chemical solutions.

Alaska’s Department of Environmental Conservation, for one, suggests dealing with the aftermath of a sewage spill by roping off the contaminated area for at least 24 hours and treating it with highly caustic materials such as chlorine or hydrated lime. 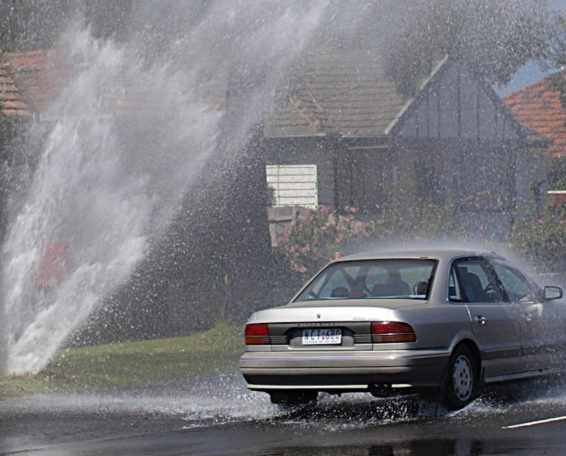 Victoria’s 19-kilometre pressurized sewage sludge pipeline is designed not to rupture, but that doesn’t mean it’s not impossible
No items found.
Have a tip?
Use our confidential inbox