October 22, 2022
Get the news and events in Victoria, in your inbox every morning.
Thank you! Your submission has been received!
Oops! Something went wrong while submitting the form. 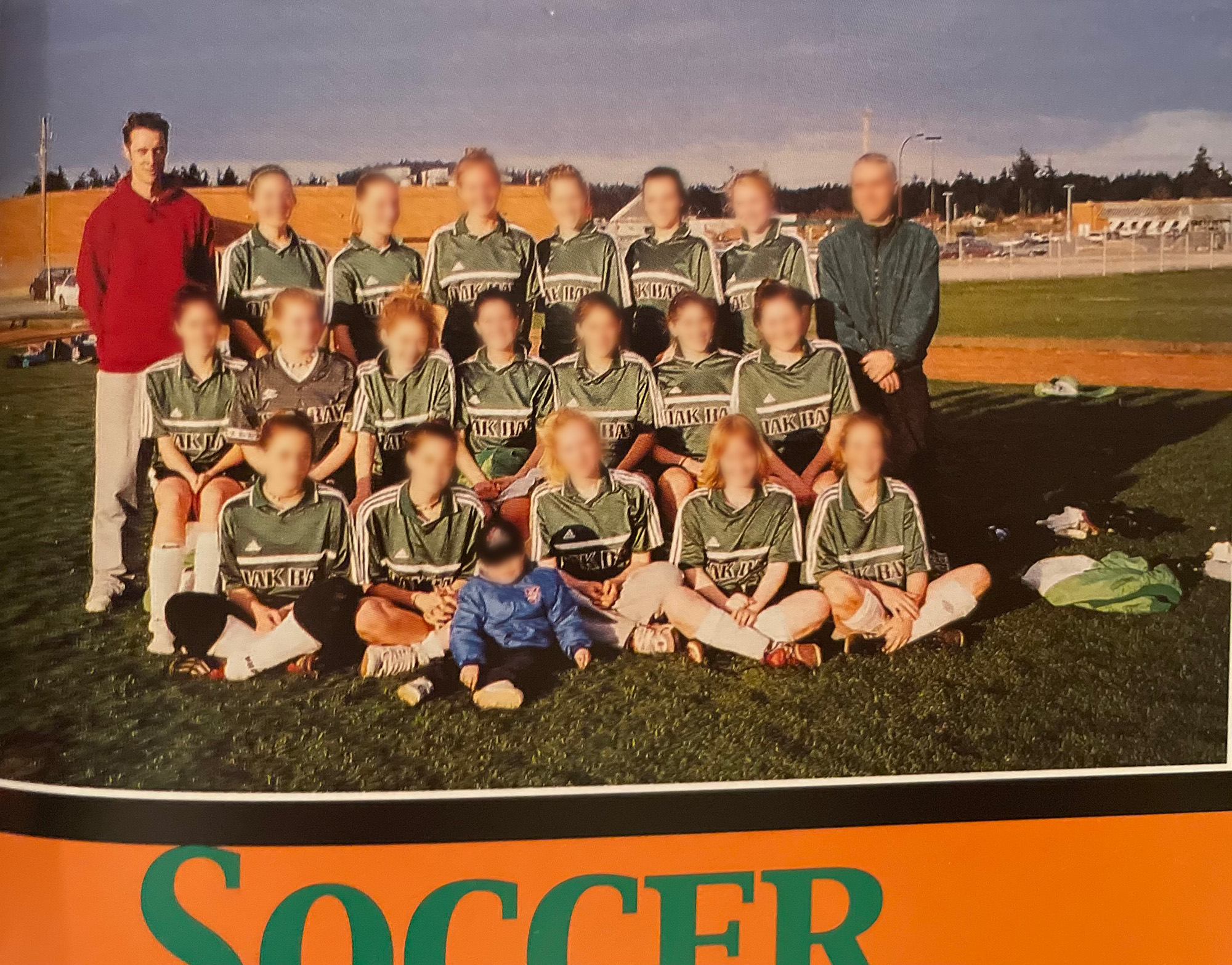 A former Oak Bay High School student has launched a civil claim against her former soccer coach and School District 61, saying she was sexually groomed and exploited while attending the school.

Jocelyn, who spoke to Capital Daily on the condition that her last name not be used, graduated from Oak Bay High School in 2005. According to the notice of civil claim, near the end of her time at the school, Jocelyn entered into an exploitative sexual relationship with her soccer coach, Brent Garraway. The civil claim alleges that other teachers at the school were aware of the sexual relationship while she was a student there, but nothing was done to stop it.

Other former students told Capital Daily earlier this year that the relationship in question was akin to an “open secret.”

Garraway received a lifetime teaching ban in August by the BC Commissioner for Teacher Regulation after he admitted to a “physically intimate” relationship with a former student he coached on the soccer team.

The commissioner ruled that Garraway “violated his privileged position of power and trust in exploiting” his former student, and that he harmed her “physical and emotional wellbeing.”

‘This is not your dating field’

After Jocelyn’s father died suddenly in October 2001, she used soccer as a way to cope with her grief. That’s when she met Garraway for the first time.

According to the documents Jocelyn filed in court, when Jocelyn entered into Grade 10 the following year, Garraway pulled her up from the junior soccer team to the senior team and enticed her to join the local adults’ soccer team that he coached.

By the time Jocelyn was 15 or 16, she was speaking with Garraway online over MSN Messenger almost daily. Soon, Garraway expressed his romantic interest in Jocelyn, and the pair agreed that they would become romantically involved with each other once Jocelyn finished high school and turned 18, the notice of claim states.

However, Garraway continually had Jocelyn stay late after soccer practice, and regularly gave her alcohol and marijuana, which they consumed together. According to her claim, by the time Jocelyn was 17 and in Grade 12, she and Garraway were engaging in sexual activity.

The notice of civil claim states that Garraway was aware of her vulnerability after the death of her father, and he used his position of power to groom her.

“Coaches hold a powerful position here. They are inextricably linked to all of this during a young athlete’s career. Players can idolize them,” Jocelyn wrote in an email to Capital Daily. “To fracture that innocent mentorship and trust by pursuing romantic and sexual gratification with these adolescents is deceitful and abusive. It causes harm. This is not your dating field.”

Jocelyn and Garraway’s relationship continued past high school into Jocelyn's first year of university. When she decided to end the relationship and asked to end all contact, he continually called Jocelyn and verbally abused her for months, the notice of civil claim said.

According to a 2018 report by the Canadian Centre for Child Protection, between 1997 and 2017, there were 750 reported cases of sexual offences by K-12 school personnel against a minimum of 1,272 children in Canadian schools. This statistic was compiled from disciplinary decisions, media sources, and criminal case law. Jocelyn says statistics like this are disturbing.

“I am really glad that I am in a place now where I can acknowledge and speak out about the harm that it has caused me,” Jocelyn wrote. “There are too many teachers and coaches pursuing romantic ‘relationships’ with adolescents in this country. There’s something wrong here and we need to take a longer look at it.”

If you see something, say something

Because of the sexual exploitation, Jocelyn says she has dealt with clinical anxiety, depression, and diminished self-worth and self-esteem. She is seeking damages for pain and suffering and loss of enjoyment of life, as well as lost wages.

“The coach-athlete relationship carries a specific risk for sexual violence,” said Janelle O’Connor, a lawyer representing Jocelyn. “My client’s motivation for speaking about her experience is to encourage athletes and their parents to be aware of and to recognize the stages of grooming and, perhaps most importantly, to speak up if things don’t seem right. I think she has provoked a really important conversation, and a realization that it could happen to any of our children.”

O'Connor adds that perpetrators groom athletes by building trust, sometimes over years. Perpetrators in coaching roles often also build trust with parents so that the parents feel comfortable leaving their child alone with the coach.

"A young athlete's first line of defence is his or her own awareness of improper coaching behaviour," she said. "Parents need to make sure to talk about this with their child and encourage them to identify and speak up about inappropriate behaviour."

Jocelyn said that grooming is not always obvious and can look like many things, but she agrees it’s important that adults and youth know the signs and the consequences. She wants to encourage the public: if you do see something, say something.

“There’s devastating inaction around this issue and all that does is reinforce the adolescent’s inaccurate belief that what they’re involved in is normal,” she said. “It’s not. It’s abuse, and it’s illegal for good reason.”

—With files from Martin Bauman