August 25, 2022
Get the news and events in Victoria, in your inbox every morning.
Thank you! Your submission has been received!
Oops! Something went wrong while submitting the form. 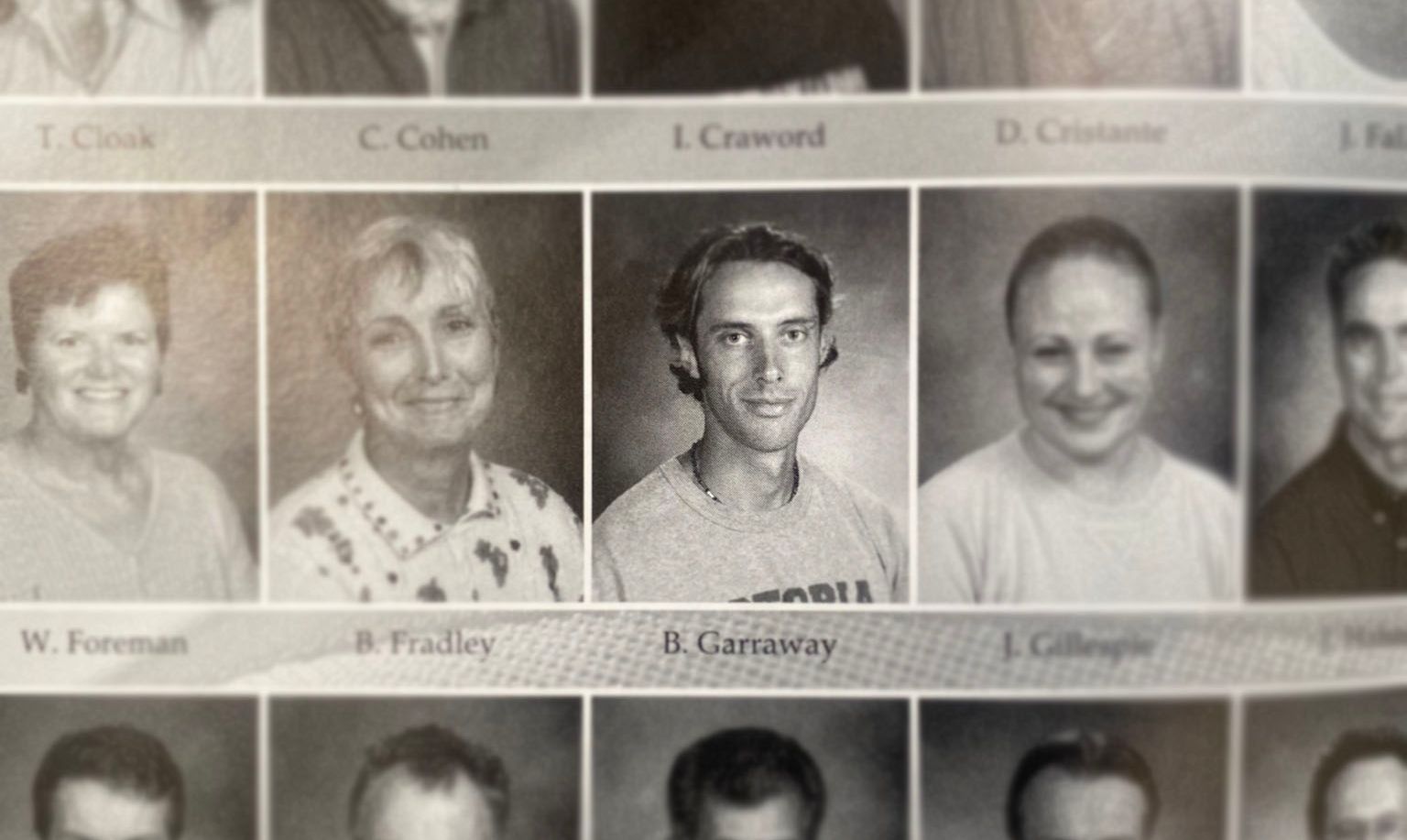 The BC Commissioner for Teacher Regulation has banned Brent Richard Garraway for life from teaching K-12 in the province after he admitted to a “physically intimate” relationship with a former student, while he coached them on the high school soccer team.

Garraway was employed as a high school teacher by SD61 and coached the student, identified as “Student A” in the commissioner’s ruling, from the time they were in Grade 10 until they graduated in 2005.

Archived versions of Oak Bay High’s staff directory show a Brent Garraway listed as a teacher as recently as 2017. Through calls to the school and correspondence with former students, including confirmation through yearbook photos, Capital Daily has learned it is the Garraway in question—and that in addition to coaching soccer, he also led school-affiliated spring break trips to Mexico.

Garraway’s relationship with the student began in their Grade 12 year, after he’d already coached them for two years. During that time, the student would “periodically stay overnight” at Garraway’s apartment, the commissioner’s ruling detailed. They became “physically intimate” in the spring of 2005, in the student’s final months of Grade 12, and the two began a “sexual relationship” not long after the student graduated—which lasted until December 2006.

At the time, Garraway had been building a reputation as a budding high school soccer coach. He coached the Oak Bay senior girls’ team to the provincial championship game in 2004—the first of four championship game appearances in the next ten years.

The commissioner ruled that Garraway “violated his privileged position of power and trust in exploiting” his former student, and that he harmed their “physical and emotional wellbeing.”

Students who attended Oak Bay High at the time of the incident describe Garraway as a trusted figure among parents, but one who occasionally raised eyebrows within the hallways.

He “blurred the lines between staff and students,” recalls Brittany, who graduated in 2005 and asked that her last name not be used.

“He was 11 or 12 years older, in a powerful position, especially with the soccer girls... He’s not a mentor. Mentors don’t do what he did.”

Garraway’s flirting with students, and the relationship in question, was akin to an “open secret” at Oak Bay High, according to Tim, who graduated in 2006 and asked for his last name not to be used.

“There were a lot of rumours about him... and I wasn't even someone who was usually ‘in the know,’” he told Capital Daily.

You have to ask whether the administration had any inkling about this.”

In addition to teaching social studies and phys ed, and coaching both the senior boys’ and girls’ soccer teams, Garraway organized and supervised student spring break trips to Mexico.

The LiveDifferent program, which Garraway brought to Oak Bay High in 2010, sends students on 10-day trips over March for “humanitarian build programs.” The Brandon, Man.-based nonprofit says it’s built over 500 homes and schools, working with more than 4,500 students and volunteers, since 2000.

Garraway told Oak Bay News in 2016 that “35 to 40 kids” signed up the first year. He chaperoned the first Mexico trip with his father. His testimony still appears on the nonprofit’s website.

On a page for parents, the nonprofit promises “safe experiences for everyone.” Another page directed at students and schools promises “full supervision” from “pick up to drop off.” LiveDifferent’s Child Protection Policy notes the nonprofit aims “to prevent and limit situations where there is a potential for abusive incidents
involving children,” and that staff have a duty to report “any suspicion of harm against any child under 18 years old.” Teachers and chaperones are required to submit a criminal record check or certify that their school has seen a current criminal record check.

Capital Daily reached out to LiveDifferent to inquire if any complaints of impropriety were raised about Garraway while he chaperoned trips, but could not arrange an interview before publication.

No incidents in the commissioner’s ruling involve Garraway’s time with students in Mexico.

History of sexual misconduct in coaching

The revelations about Garraway and his coaching tenure come amid a backdrop of sexual misconduct scandals in BC’s soccer community. The former Vancouver Whitecaps women’s coach Bob Birarda—who also coached the Canadian U-20 national team—pleaded guilty in February to three counts of sexual assault and one count of sexual touching involving four teenaged players between 1988 and 2008.

Former Whitecaps women’s coach Hubert Busby Jr. has also faced sexual harassment allegations stemming from his time with the BC club. Former player Malloree Enoch says he tried to solicit sex from her while he was in a recruiting role with the team. FIFA’s ethics committee is investigating the claims. Busby Jr. has denied the allegations, which are untested in court.

Lifetime teaching ban in BC

The complaint about Garraway surfaced on July 22, 2020. Three weeks later, he signed an undertaking not to practice in any teaching position within BC—though his certificate was not suspended until July 1, 2022, for “non-payment of fees.”

Garraway’s agreement with the commissioner stipulates that he “will never again apply for” a teaching certificate “or any other authorization to teach in the kindergarten to grade 12 education system…at any time in the future.” He also must agree “not to make any statement orally or in writing” that “contradicts, disputes, or calls into question” the terms of the agreement or the admissions made in it.

By 2021, Garraway was no longer listed as a staff member at Oak Bay High.

—A note on sources: Capital Daily balances the wishes of sources to protect their identity while maintaining a commitment to truth and transparency. In the case of both former students who wished to be identified only by their first names, we verified they attended Oak Bay High during the years in question.