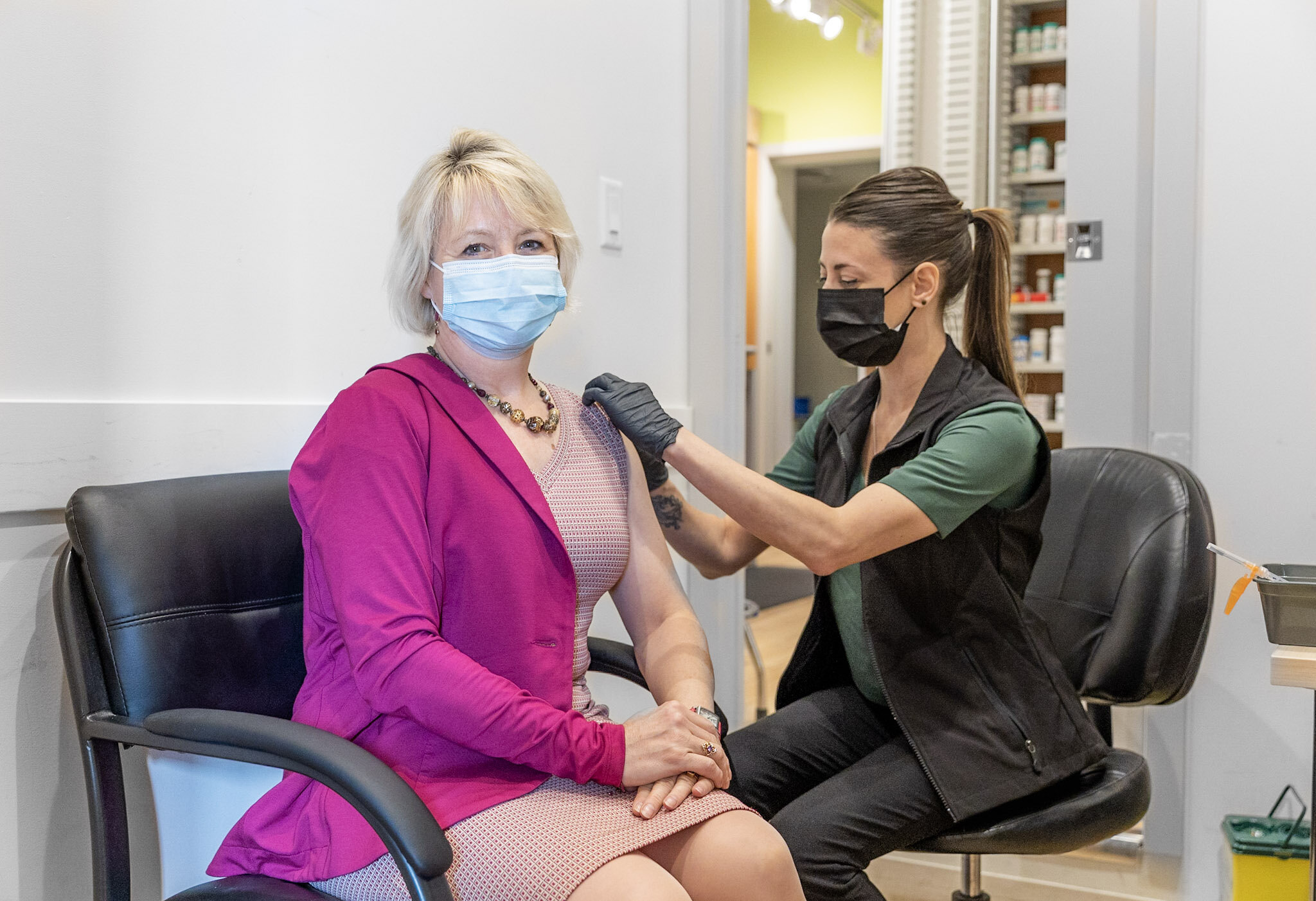 Influenza vaccines have been available in BC for nearly two weeks but the rollout has been bumpy.

This year, for the first time, the flu vaccine is being offered for free to anyone in BC six months or older. It is also the first time the province is using the Get Vaccinated online booking system to roll out the influenza vaccine—the same system used to book COVID-19 appointments.

However, many who have tried to book their appointments through the system have been having trouble finding an appointment, let alone one close to home.

Kelly Black, a Saanich resident, said when he first got the text message inviting him to book a flu shot, the only available appointments in his region weren’t until March 2023. When he tried again to book on his computer, two appointments came up in Brentwood Bay and Pender Island. He booked the Brentwood Bay appointment for the second week of November.

His wife had similar issues, and opted to book an appointment in the Cowichan Valley.

“Not only is there the barrier of needing a vehicle in a lot of cases to get to where some of these appointments are available, but the whole system is premised on you having the technological know-how to figure it out,” Black said. “And it took me troubleshooting just to book an appointment outside of my area.”

After posting on Twitter about his difficulty securing an appointment, he heard from many people who weren’t able to get a booking through the online system.

“This is not unlike when the province launched the COVID vaccine for children,” Black said. “The problems are very similar. We tried to book the COVID vaccination for our child [days after they were eligible] and there was nothing available in our region.”

Capital Daily also heard from multiple readers who said they were unable to book their flu shots, including one who showed up to a vaccine appointment only to be turned away because there was no vaccine available. Another reader’s husband resorted to booking his vaccine in Vancouver where he could get an appointment immediately.

“It’s just not fair for people to be spending a lot of time trying to get a flu shot, and then maybe being turned off by that whole thing and not even bothering to get a shot,” said the Capital Daily reader, who declined to be named.

According to Island Health, the health authority currently doesn’t have any issues related to influenza vaccine supply at the clinics it operates. Pharmacy flu vaccine rollout is managed by the province.

Greater Victoria pharmacies, however, are a different story. When Capital Daily checked the Get Vaccinated portal on both Monday and Tuesday, no vaccine appointments were open at any pharmacies in the region. The closest pharmacy with available appointments was on Pender Island.

According to the Shoppers Drug Mart flu vaccine availability map, only two of the region’s 12 stores had vaccines available. When contacted by phone, the Langford location confirmed it had vaccines, but they are only for people who have booked appointments through the provincial system—no walk-ins. However, the pharmacy did not show up as an option for booking a flu shot on the province’s Get Vaccinated portal, when Capital Daily did a search.

Capital Daily contacted five other pharmacies in the region, which each said they did not have any flu vaccine appointments available. Three pharmacists attributed this to a lack of supply. One said they weren’t sure when more vaccines would arrive. Another said to check back next week.

The province has so far invited 2.7 million people to get their influenza vaccine and so far, more than 424,000 flu shots have been given out across the province. About 83% of those have been administered by pharmacists.

In an emailed statement, a Ministry of Health spokesperson said that the demand for the vaccine is currently very high as people are being invited to book the vaccine for the first time. They acknowledged that there have been issues with supply.

“For people that have booked an appointment and were not able to receive their flu shot, we apologize for the inconvenience,” the spokesperson said. “We wish to assure British Columbians that deliveries of influenza vaccine continue to arrive in the province and supply is being directed to pharmacy and health authority clinics to maximize appointments and uptake.”

Last week, Immunize BC Team Lead Dr. Penny Ballem acknowledged that there have been issues with the Get Vaccinated system. “We're going to have to work through some of what we discovered in the system and we're fixing things as we go, there were a lot of little hiccups,” she told CTV News.

In a press conference on Monday, Minister of Health Adrian Dix was positive about the uptake in vaccinations.

“We’re off to an extremely good start with our flu shot campaign,” Dix said. “We’re well ahead of the pace of last year and the year before.”

Dix did not mention issues with vaccine supply, but responded to another problem BC’s pharmacies are facing: a shortage of cold and flu medication, which he attributes to national supply chains. While he said the province is working with the federal government to provide more access to these medications, he underscored the need to get vaccinated to help lessen the severe outcomes and impact of the flu season.